Ivan Konstantinovich Aivazovsky loved painting the sea. A Crimean native, he was born in Feodosia, a port town, and thus had great waters as a constant companion. This 19th century Russian Armenian painter had real knack for depicting waves. Light and translucent, they perfectly capture the essence of the real thing. Many of these paintings featured a human element, too, with ships showing the struggle between man and nature.

During his career, Ivan Konstantinovich Aivazovsky painted more than 6000 paintings, half of which depict sea and ships. He often went to watch naval manoeuvres and even painted the siege of Sevastopol. Aivazovsky was widely recognized even outside the Russian Empire, receiving awards from France, Turkey and others. 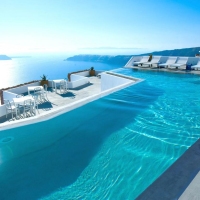