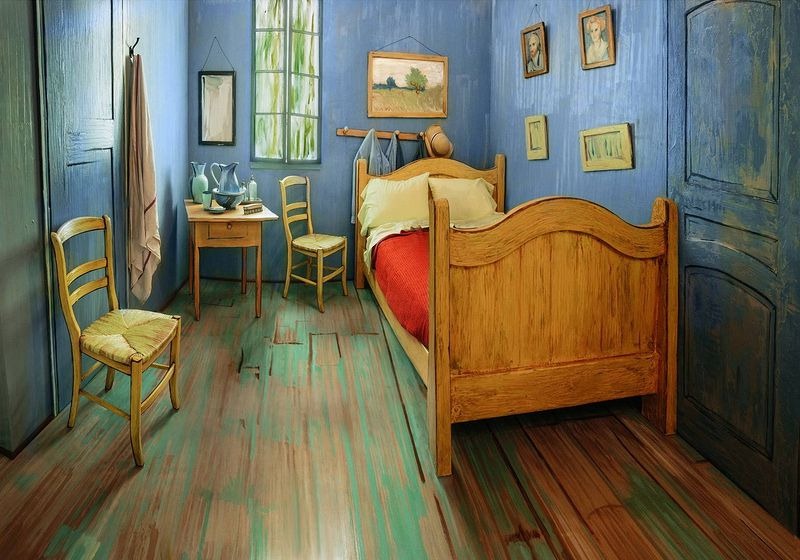 The Art Institute of Chicago has created a life-size replica of Van Gogh’s famous bedroom at his home in Arles, France, which he had immortalized in his iconic painting called Bedroom. The room is a faithful reproduction of the 1888 painting by the master artist featuring simple interior and bright colors, as it appears in the original, complete with thick brush strokes. 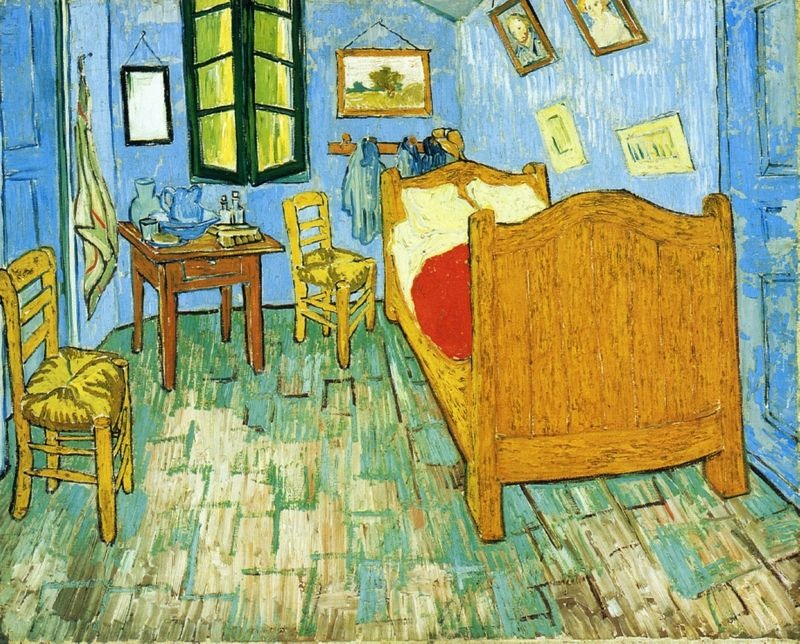 The room is outfitted with the same furniture, the same bedspread and the same haphazard arrangement of paintings. The best part is that the room is actually available for rent through AirBnb at just $10/night. 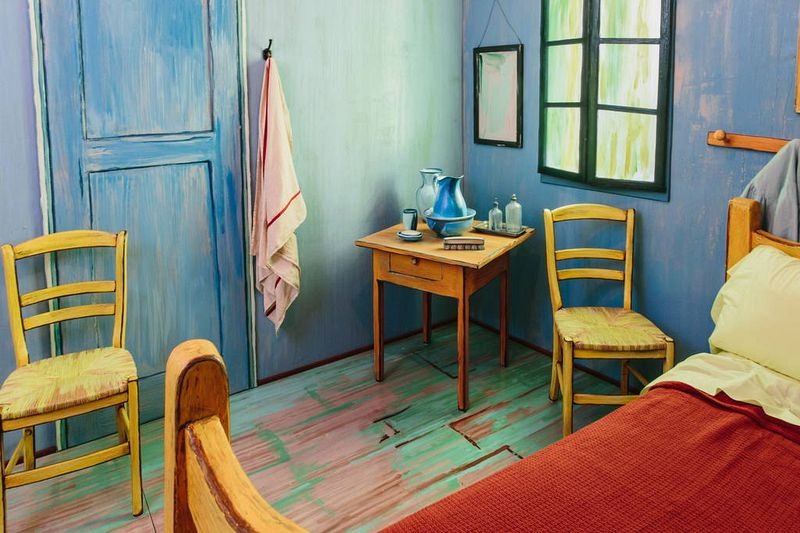 The unusual accommodation was created in celebration of an upcoming exhibition ‘Van Gogh’s Bedrooms’, by the Art Institute of Chicago which will feature approximately 36 works by the artist, including paintings, drawings, and illustrated letters, as well as a selection of books and other ephemera that Van Gogh owned. 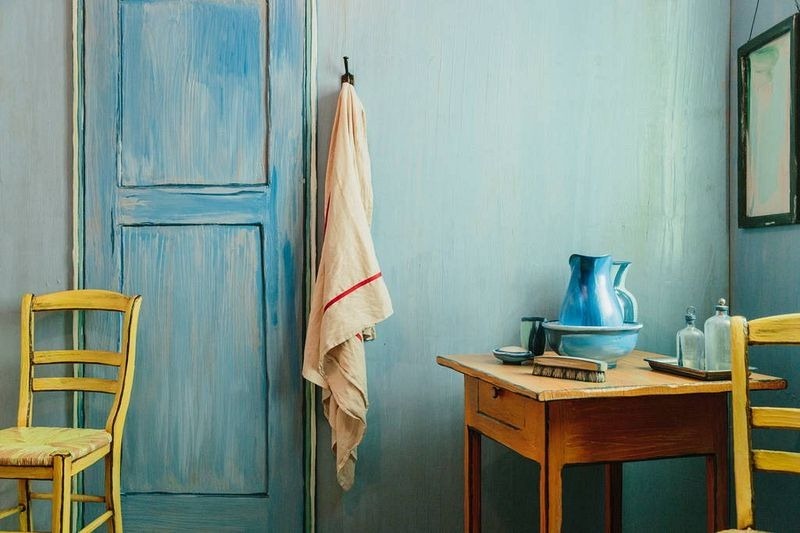 Van Gogh was so enamored by his own painting of his room that he produced three distinct version of the same between 1888 and 1889. The first of the three paintings was produced shortly after moving into his “Yellow House” in Arles, France, but when water damage threatened the composition he painted a second version while at an asylum in Saint-Rémy in 1889. 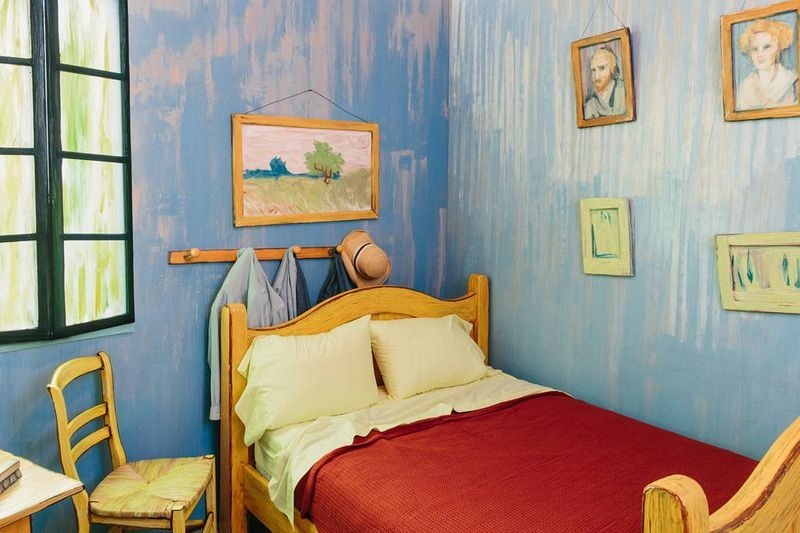 Van Gogh created a smaller third version as a gift for his mother and sister a few weeks after making the second. The three paintings are mostly identical yet distinct and unique from each other. 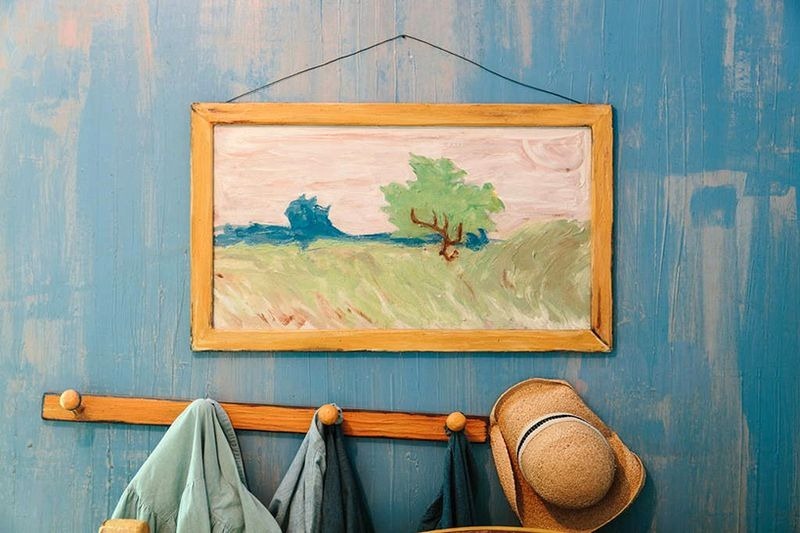 The first painting is located in the Van Gogh Museum in Amsterdam, the second one in the Art Institute of Chicago and the third at the Musée d’Orsay in Paris. This is the first time all three are displayed together in North America, “offering a pioneering and in-depth study of their making and meaning to Van Gogh in his relentless quest for home.” 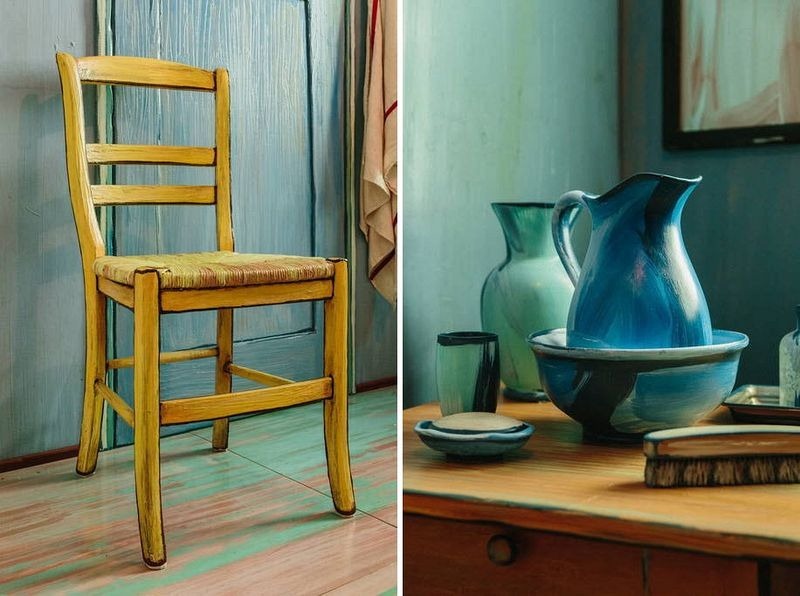 4 thoughts on “A Night in Van Gogh’s Bedroom?”