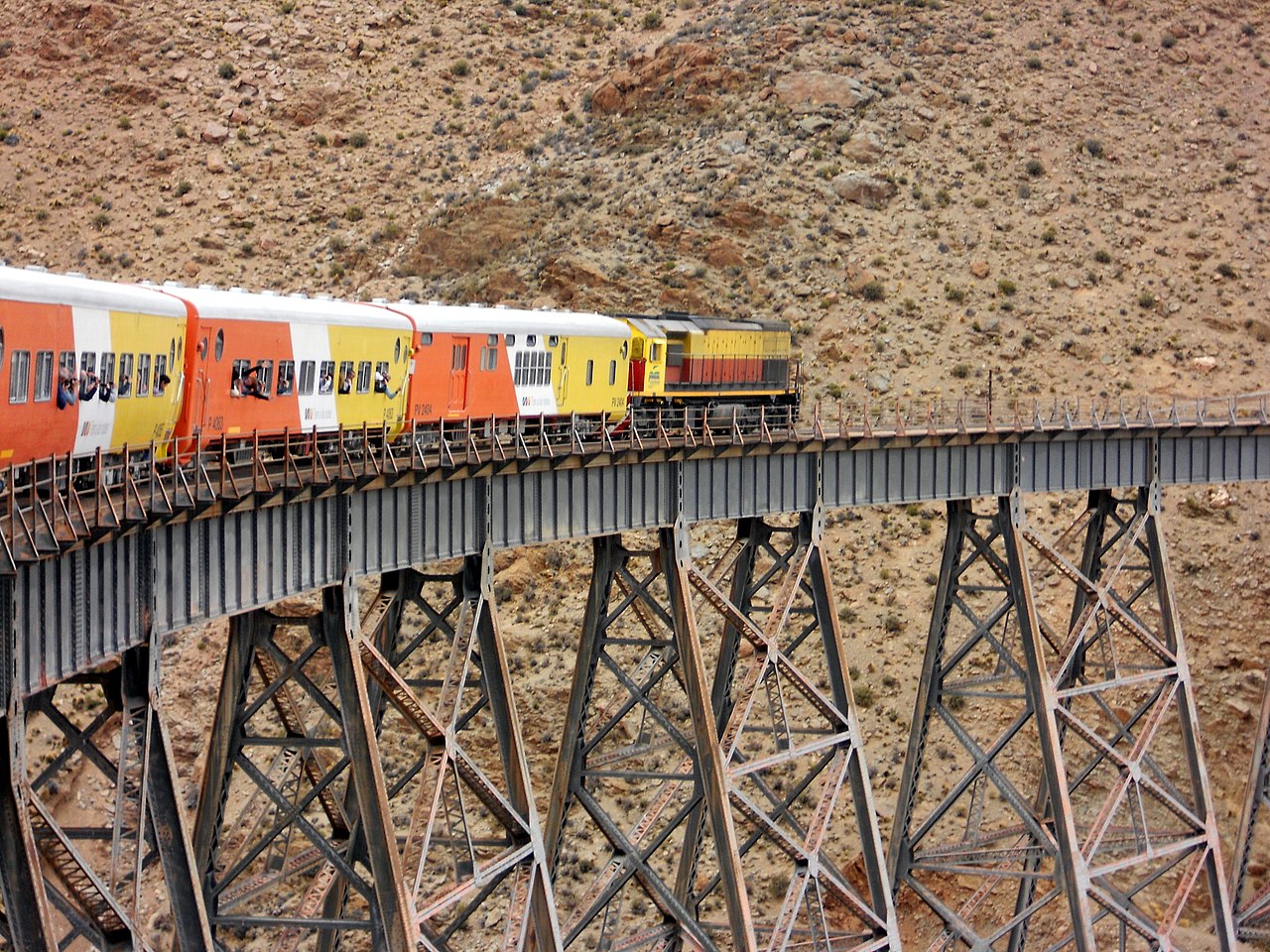 Located 4,000 meters above the sea level in the Andes, Tren a las Nubes or “Train to the clouds” is one of the highest railways in the world. It begins its journey from the city of Salta, in Argentina, at an altitude of 1,187 meters, passes through the Valle de Lerma, enters the Quebrada del Toro and finally ends its journey at the La Polvorilla viaduct (4,200 meters). During the 16-hour trip, the train travels 217 km and climbs a staggering 3,000 meters. It crosses 29 bridges, 12 viaducts, 21 tunnels, swoops round two gigantic loops and two switchbacks. Train to The Clouds got its name from the numerous clouds that are often seen under bridges and around slopes.

The route was laid down in the 1920s by American engineer Richard Fontaine Maury, who was in charge of the project. He designed a singular system supported by bridges, tunnels, viaducts, spirals and zigzags. The zigzags allow the train to climb the mountain by driving back and forth parallel to the slope of the mountain. Maury didn’t use funiculars or cogwheels that are normally used on steep slopes, instead relying on switchbacks to gain height.

Train to the Clouds was originally constructed to serve the borax mines of the area, transporting goods from the coast of Chile through the Andes Mountains to northwestern Argentina. The route started taking tourists from the 1970s.

The train leaves early in the morning from Salta city, crosses Lerma Valley, then Toro Ravine and, finally, the large territory of the Puna. The train makes only two stops, almost at the end of the trip. The first one is at San Antonio de los Cobres, an old town with low-built houses and a tiny market. Here you will find picturesque stalls offering handicrafts, items of clothing and souvenirs to take home from the train trip. The second stop and the end of the route is the spectacular La Polvorilla viaduct. The curved viaduct is 224 meters long and 70 meters high from the valley.

The train glides across the viaduct and stops before reversing back, poised for the return journey. At the final destination, passengers can get off the train, feel the pure and cold air on their faces, walk slowly in order to get their bodies used to the altitude and take photos. The trip back to Salta is completed in the dark and reaches Salta just before midnight.

5 thoughts on “Argentina’s Train to The Clouds”