In the first few weeks of June, visitors to the Great Smoky Mountains of eastern Tennessee, United States, are treated to a rare natural spectacle thousands of fireflies blinking in unison like strings of Christmas lights hanging in the night air. The species responsible for the performance is Photinus carolinus, one of the few in the world that is known to synchronize their flash patterns, within a tenth of a second of each other.

Fireflies are actually winged beetles that use bioluminescence during twilight to attract mates. The light is produced in their lower abdomen where the insects combine the chemical luciferin with the enzyme luciferase in the presence of magnesium ions and oxygen to produce light. Fireflies are extremely efficient at what they do. Nearly hundred percent of the energy produced in the chemical reaction is converted to light. For comparison, an incandescent light bulb converts only 10% of the energy into light with the rest 90% given off as heat. Because of the absence of heat, the light produced by fireflies are called “cold light”. 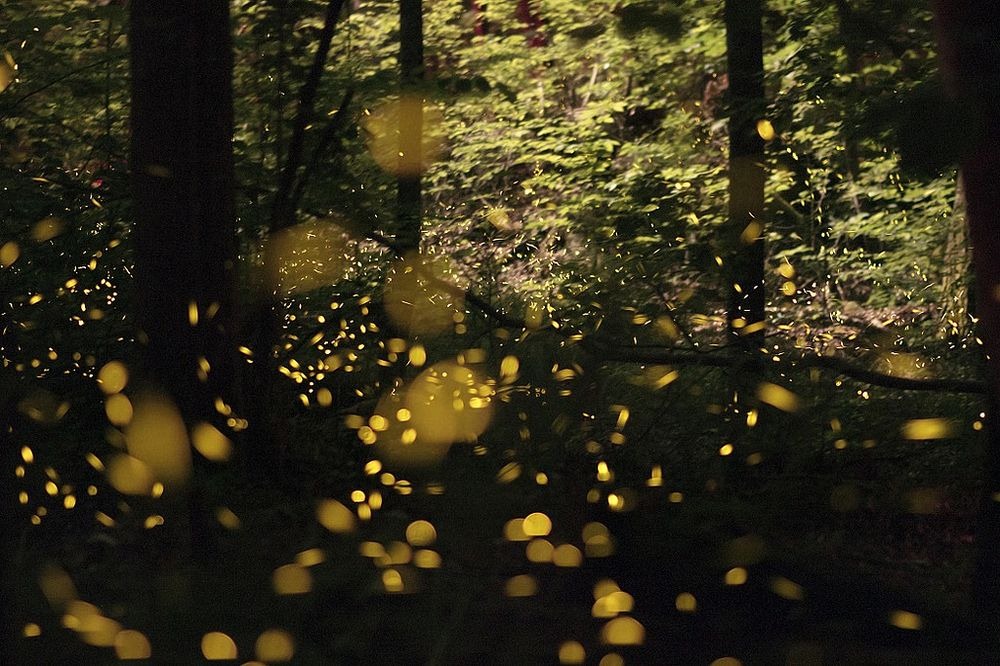 Originally it was thought that fireflies use light flashes to warn other members of the presence of predators and other dangers. But it’s now known that fireflies glow to communicate with mates during courtships. In some species, the males fly around flashing a very specific pattern requesting for dates, while the females remain stationary on the ground or on bushes and trees searching among the flashing males for a potential partner. When she likes what she sees, the female responds with her own unique flash.

For most fireflies, it’s all chaotic with each male flashing on and off at different times, each one trying his best to impress. With synchronous fireflies, such as Photinus carolinus, the courtship ritual is more organized. All males seems to have made an agreement to flash their unique pattern in unison. For Photinus carolinus, the pattern is a series of five to eight flashes of yellow light, followed by a period of darkness of eight to ten seconds.

Researchers believe the fireflies synchronize their flashing to enable the females to clearly spot the males’ patterns. It also enables the male to search for females, who uses the synchronized dark period between flashes to respond. Synchronized flashing thus cuts down on the visual clutter helping both the females and the males to find each other.

“It’s like being in a giant stadium,” explains Marc Branham, a biologist at the University of Florida. “If everybody is yelling the same exact sentence randomly, it doesn’t make any sense. But if everyone synchronizes, you can tell who’s closer and who’s farther away.”

The mechanics of the synchronization is, however, still a mystery. 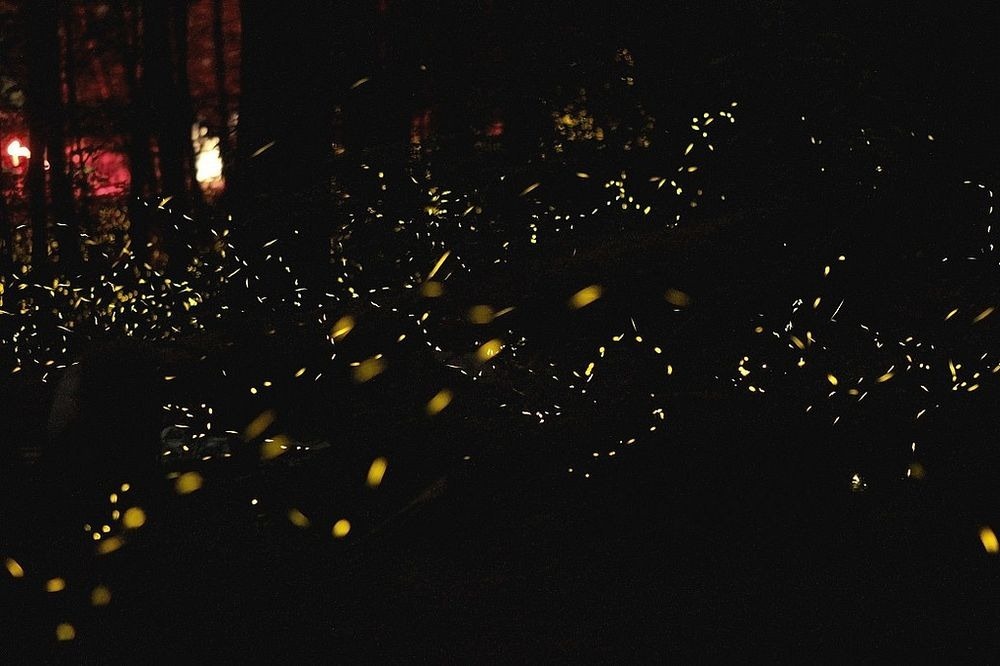 A hundred years ago, scientists didn’t even believe synchronizing flashes were possible. They doubted when travellers to Southeast Asia reported seeing synchronized flashing. Indeed, synchronous fireflies are quite common along river banks in the Southeast Asian jungles of Malaysia and Philippines, where they mate year-round. In the western hemisphere, in the Great Smoky Mountains, the mating period is very brief and lasts only about two weeks each year. 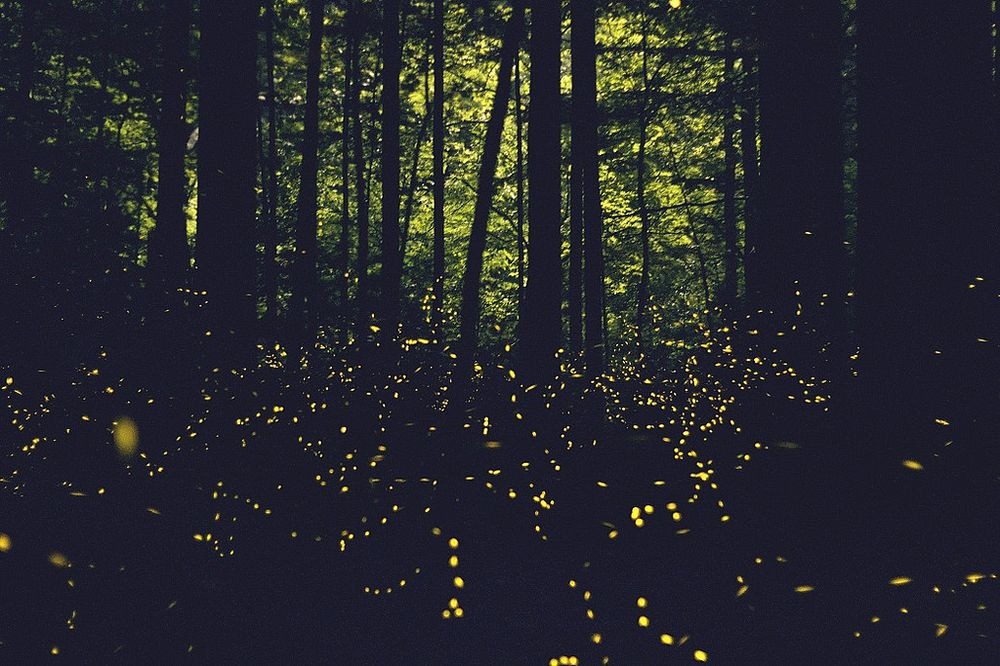 3 thoughts on “The Mystery of Synchronous Fireflies”