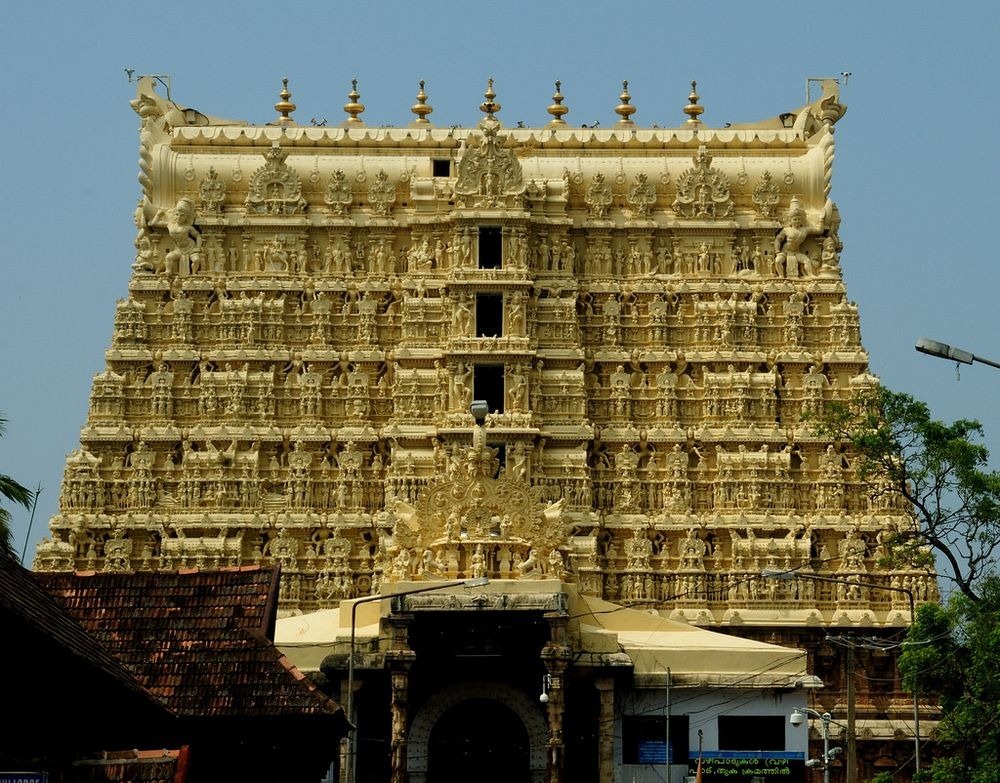 The famed Padmanabhaswamy temple dedicated to Lord Vishnu, the creator of the universe, in Thiruvananthapuram, in the state of Kerala, has fascinated India for many years. In centuries past, kings and dynasties had donated gold and jewels to the temple, sometimes weighing crown princes approaching adulthood and donating an equivalent weight in gold. It was rumored that these treasures are still hidden inside secret vaults beneath the ancient temple.

Nobody knows how old the temple really is. Some scholars say it was established over 5,000 years ago. Even as early as 2,500 years ago, Padmanabhaswamy temple was known for its unimaginable wealth. The temple is mentioned in several Hindu texts belonging to the period between 500 BC to 300 AD, wherein it was referred to as the “Golden Temple”. Ancient Tamil literature and poetry refer to the temple and even the city as having walls of pure gold. 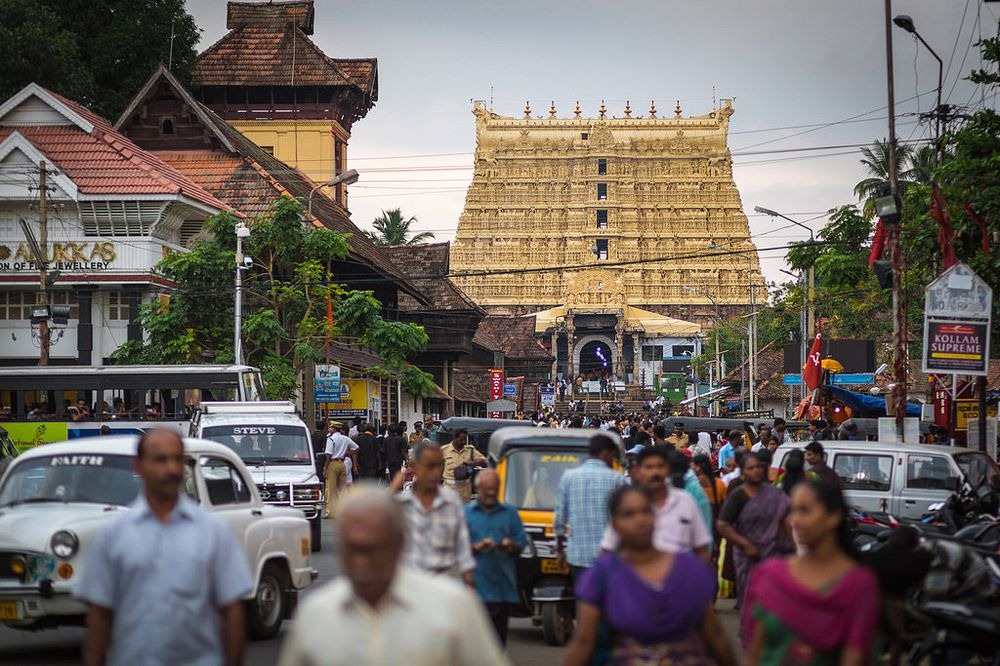 Padmanabhaswamy Temple, the richest temple in the world.

The treasures were accumulated over several thousands of years, having been donated to the Deity by various Indian dynasties, as well as from the rulers and traders of Mesopotamia, Jerusalem, Greece, Rome and beyond. Also, at times of invasion many smaller temples in the then Kerala and extreme Southern region transferred and stored their wealth for safekeeping in the Padmanabhaswamy Temple.

For a long time, the temple and its assets were controlled by a trust, headed by the Travancore Royal family. But in 2011, the Supreme Court directed the royal family to open the secret chambers of the temple and reveal its hidden wealth. Of the six vaults, five were opened. Among the valuables discovered in them include 800 kilograms of gold coins, an 18-foot-long pure gold chain, a gold sheaf weighing 500 kilos, more than 2,000 gold ornaments, a pure Golden Throne, studded with hundreds of diamonds and fully precious stones, several golden idols, and several sacks filled with golden artifacts, necklaces, diadems, diamonds, rubies, sapphires, emeralds, gemstones, and objects made of other precious metals. The treasure is estimated to be worth more than $20 billion, not accounting for its historical value which would probably be at least ten times more. 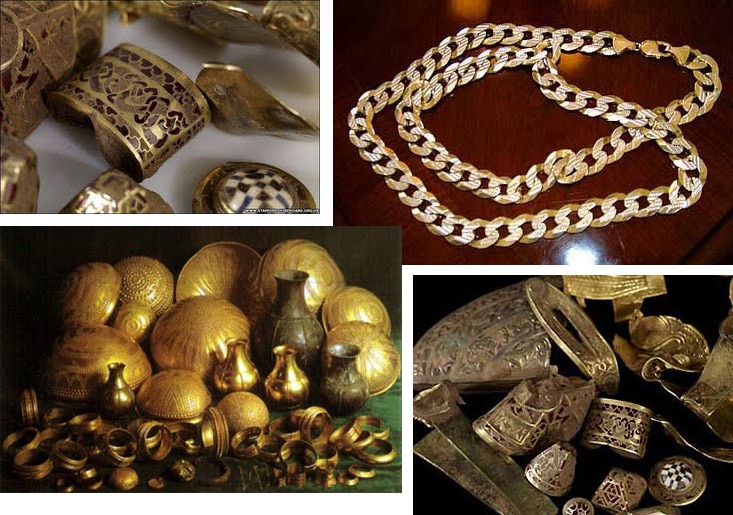 A part of the treasure.

The opening of the vaults, which is described by The New Yorker, reads like a script from an Indiana Jones movie.

The doors to Vaults A and B required multiple keys, which had been entrusted to Varma and the temple’s current executive, V. K. Harikumar. The observers used the keys to open the metal-grille door to Vault B, and discovered a sturdy wooden door just behind it. They opened this door as well, and encountered a third door, made of iron, which was jammed shut. So they turned their attention to Vault A. Once again, they unlocked two outer doors, one of metal and the other of wood.

They entered a small room with a huge rectangular slab on the floor, like a toppled tombstone. It took five men more than thirty minutes to move the slab. Beneath it they found a narrow, pitch-black passage, barely wide enough for an adult to get through, leading down a short flight of steps. It was just like the “hollow covered by a stone” described by the British missionary. Before the observers descended, a team of firemen arrived and used special equipment to pump oxygen into the enclosure. At the bottom of the stairs was the vault. 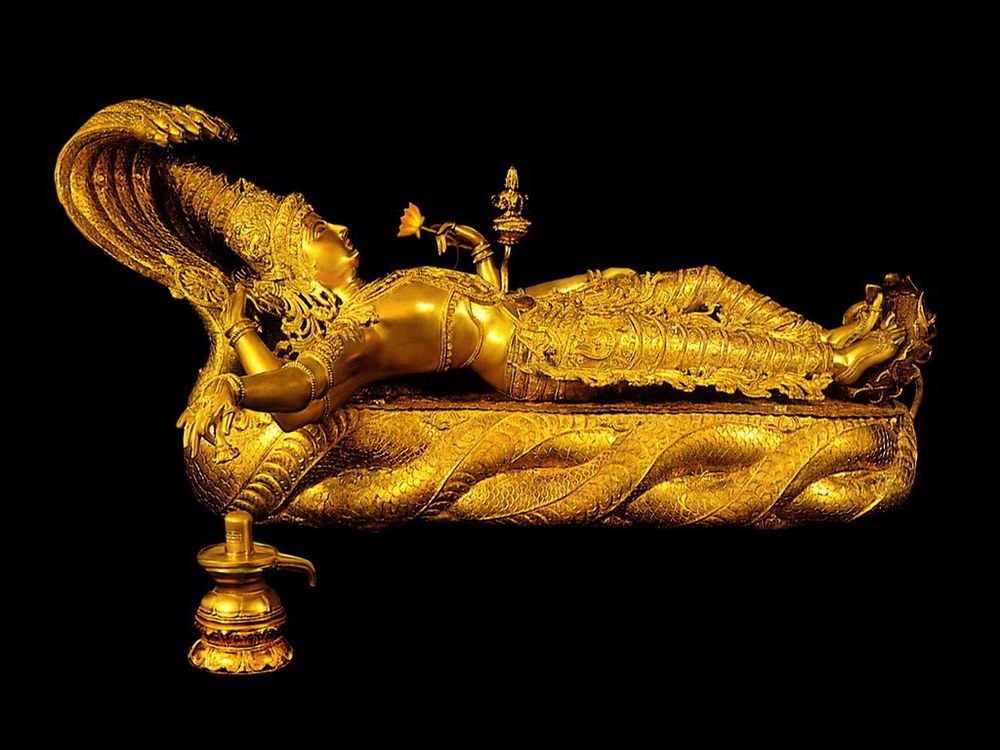 An idol of Lord Vishnu made of pure gold and weighing 32 kg, recovered from the hidden vaults of Padmanabhaswamy Temple.

One of the observers recalled his first glimpse of the treasure:

When they removed the granite stone, it was almost perfectly dark, except for a small amount of light coming in through the doorway behind us. As I looked into the darkened vault, what I saw looked like stars glittering in a night sky when there is no moon. Diamonds and gems were sparkling, reflecting what little light there was. Much of the wealth had originally been stored in wooden boxes, but, with time, the boxes had cracked and turned to dust. And so the gems and gold were just sitting in piles on the dusty floor. It was amazing. 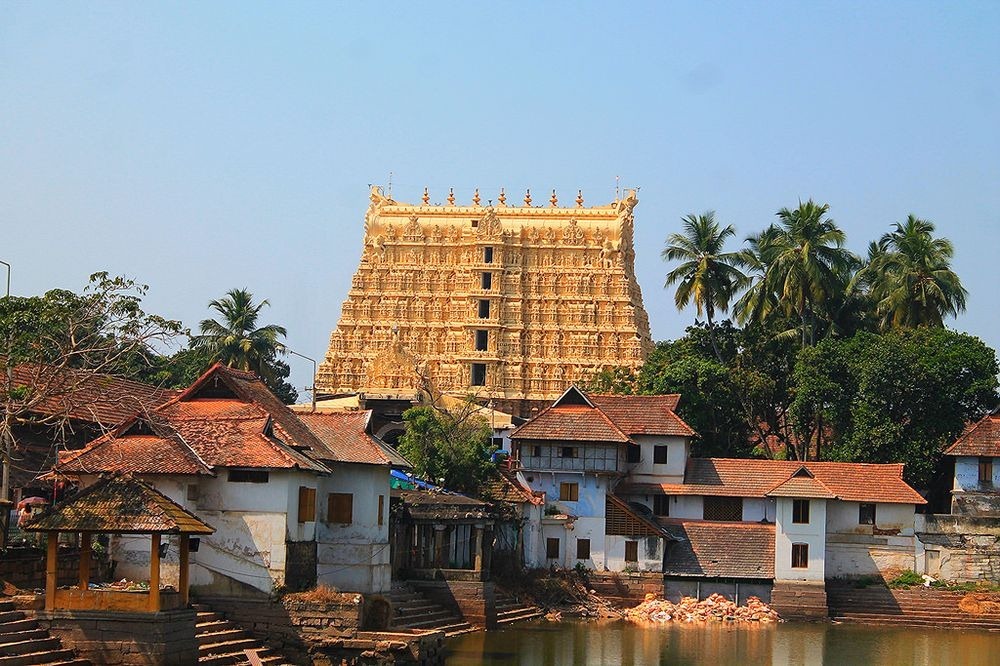 The still unopened sixth vault, Vault B, is rumored to be the largest and richest of all. Legend has it that beyond Vault B, there is a hidden chamber with thick walls made of solid gold containing immeasurable riches. According to an estimate made by the Travancore Royal Family, the treasure in the unopened Vault B alone could be worth at least one trillion dollars in present value. If true, this could be by far the largest undiscovered treasure find in the history of the world.

The question that arises now is who should manage the fortune and how it should be used, if at all. The Indian government wants to melt the gold and loan it to jewelers to meet the country’s insatiable appetite for gold. Reusing the gold could cut India’s annual gold imports by a quarter, according to government and industry sources. But devotees and activists maintain that the gold belongs to the temple and should be left untouched. 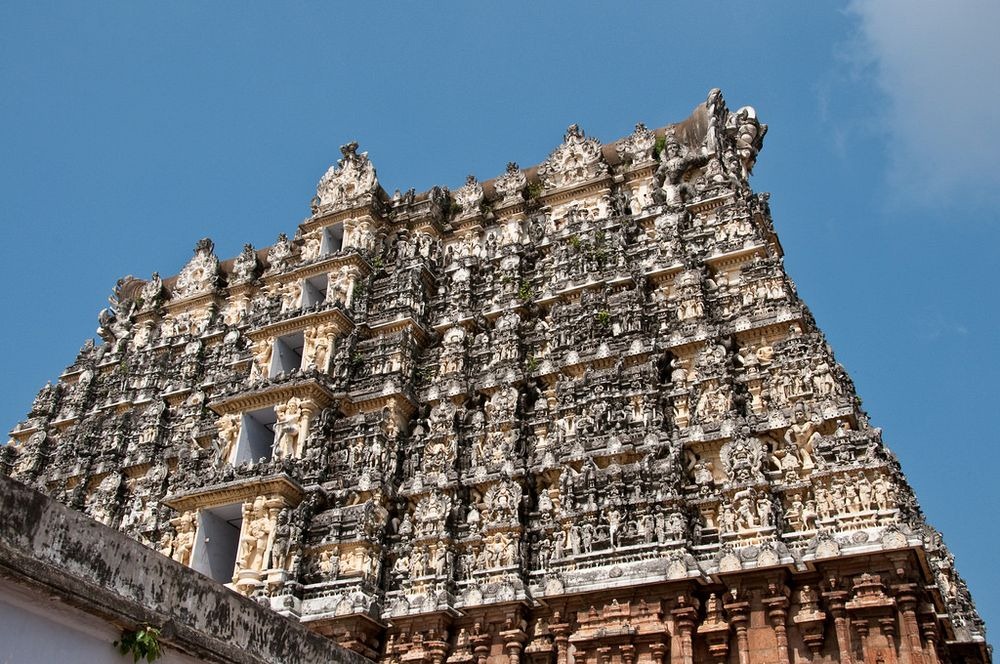 As India debates who this fortune belongs, the government has tightened up security in the temple. To protect the massive wealth, a state-of-the-art security system has been installed comprising of an aerial surveillance system, blast-proof perimeter walls, seismic sensors to protect the vaults from tunneling, surveillance cameras, baggage scanners, burglar alarms, and a visitor-tracking system. 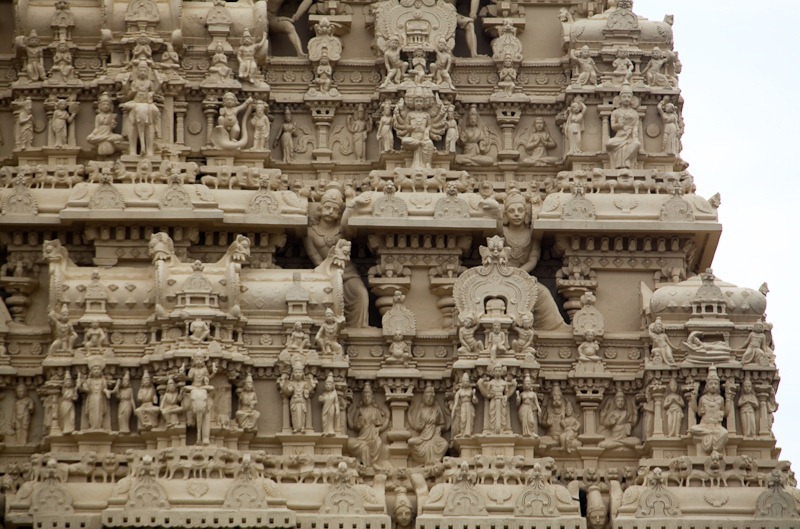 4 thoughts on “The Richest Temple in The World”