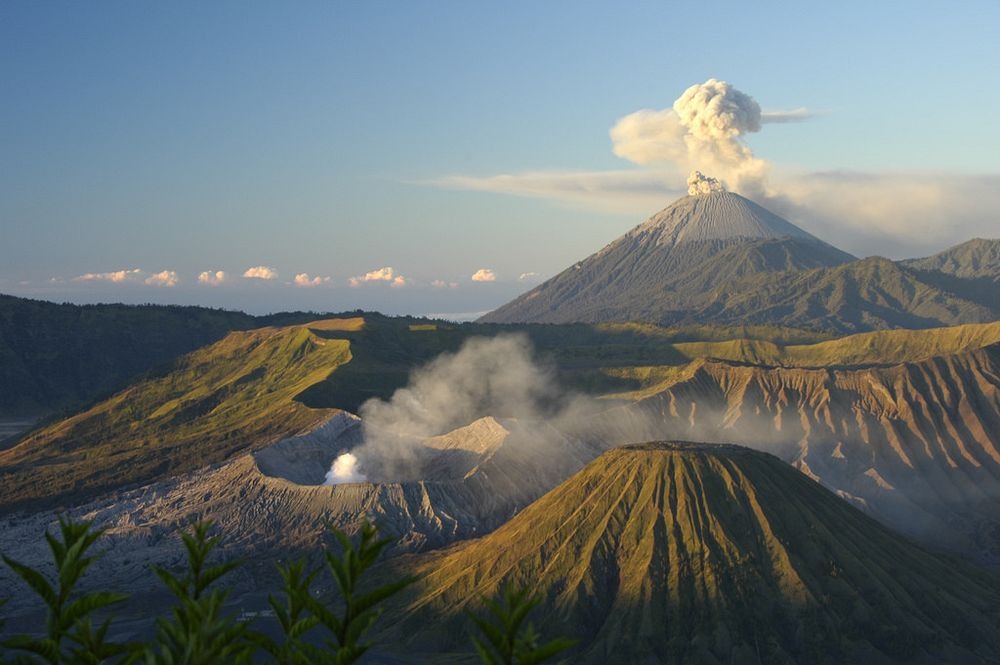 Mount Bromo in East Java, Indonesia, is the youngest of several volcanoes in the Tengger massif, and is one of Java’s most active volcanoes. When it’s erupting, which it currently is, it emits thick, white, sulphurous smoke. When active, visits to Mount Bromo is generally advised against. Otherwise, the 2,300-meter peak is a popular tourist destination, famous for its scenic location and magnificent sunrise views. 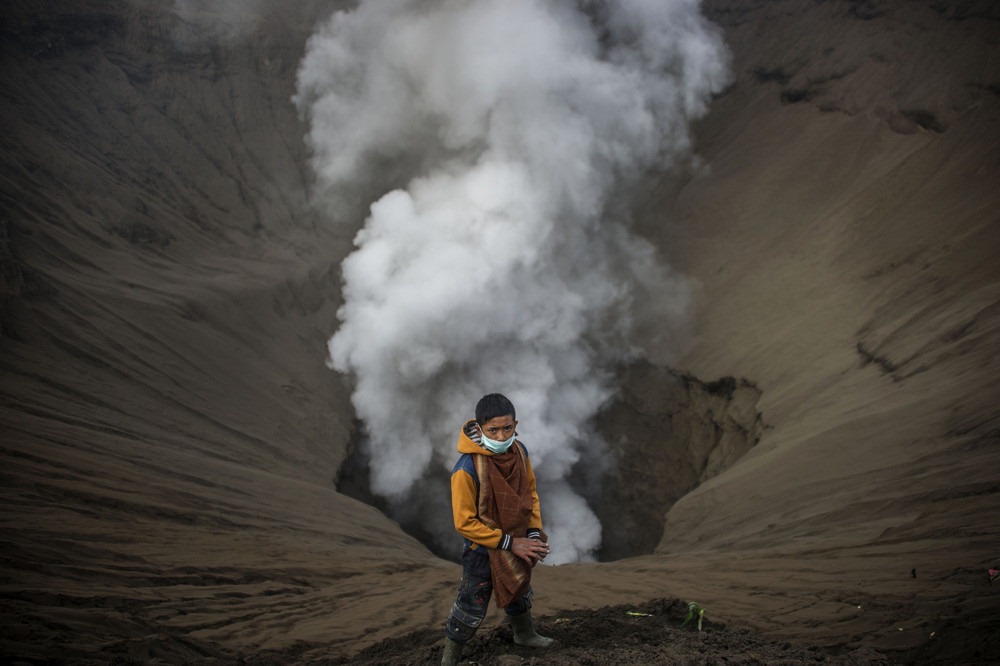 Mount Bromo is located in the middle of a wide expanse of sandy plain called the “Sea of Sand”. This barren terrain is also home to around 90,000 Tengger people, a Hindu ethnic minority in the predominantly Muslim Indonesian archipelago. Every year, irrespective of whether the mountain is spewing smoke and fire, hundreds of Tenggerese from nearby villages travel up the mountain in order make food offerings which they throw into the live caldera of the volcano. Aside from fruit, rice, and vegetables, livestock such as goats, chicken and even cows are thrown into the volcano. The offerings are made as part of a festival called Yadnya Kasada, which lasts about a month. 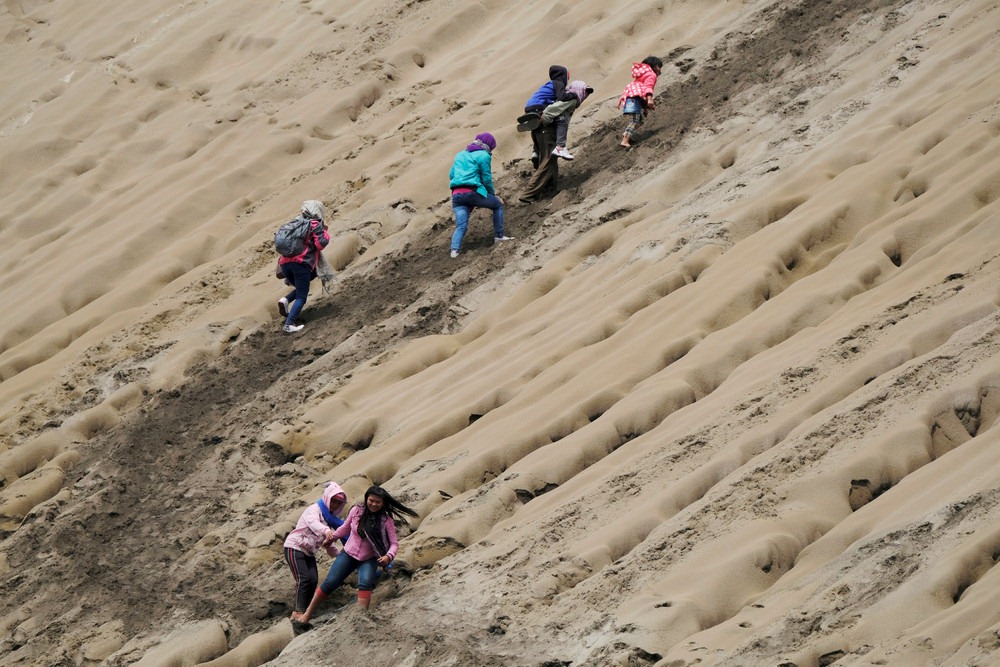 The Yadnya Kasada festival is organized by Pura Luhur Poten, a Hindu temple that sits on the “Sea of Sand”. On the 14th day of the festival, the Tenggerese congregate at Pura Luhur Poten to ask for blessings from Ida Sang Hyang Widi Wasa and the God of Mahameru. Then the crowd proceeds along the crater edges of Mount Bromo and throw their offerings into the crater. Despite the danger, some try to climb down into the crater to retrieve the sacrificed goods, which are believed to bring them good luck. Others try to catch the offerings using nets. 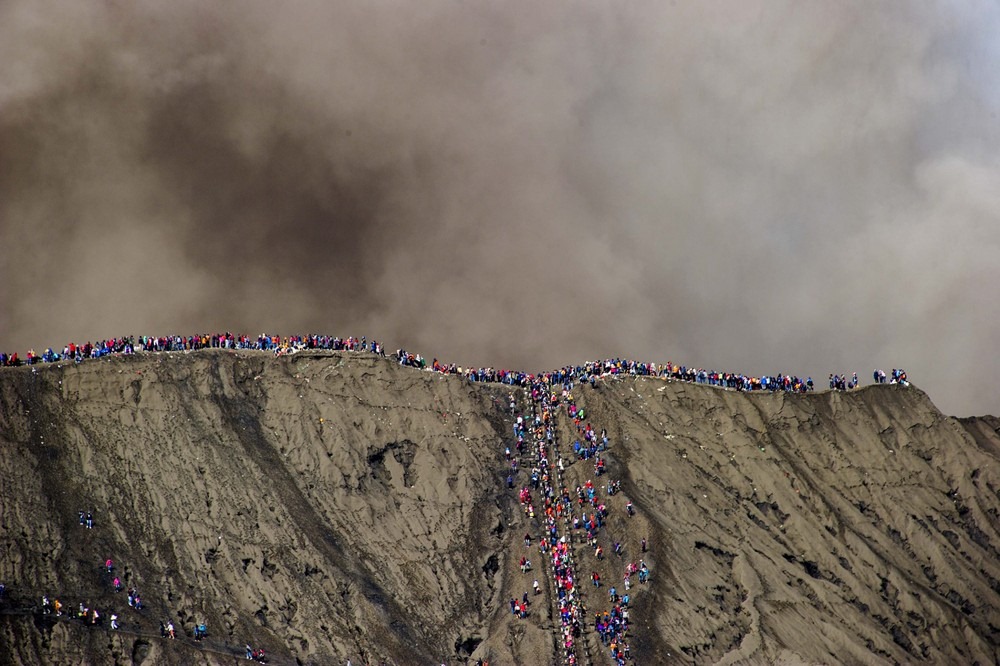 The Tenggerese people are said to be descendants of the once powerful Majapahit kingdom that ruled Indonesia and most of Southeast Asia from the 13th century until 1500 when it fell to Islamist invaders. At the fall of the Majapahit empire, many fled and took refuge in the Tengger mountains. Among the escapees were the daughter of King Brawijaya of the Majapahit kingdom, and her Brahmin husband. The royal couple were, however, childless. In their desperation, they climbed to the top of Mt. Bromo to beseech the mountain god, who promised them many children on the condition that the youngest child must be sacrificed in the crater of the volcano. To escape the terrible clause, the couple continued to beget children until the twenty-fifth child was born at which point they decided to fulfill their pledge. According to some versions of the story, the couple refused to offer sacrifice causing Mount Bromo to erupt in fury and the flames consumed their child. In another version, the couple willingly sacrificed their child.

The tradition of Yadnya Kasada is said to originate from this legend. 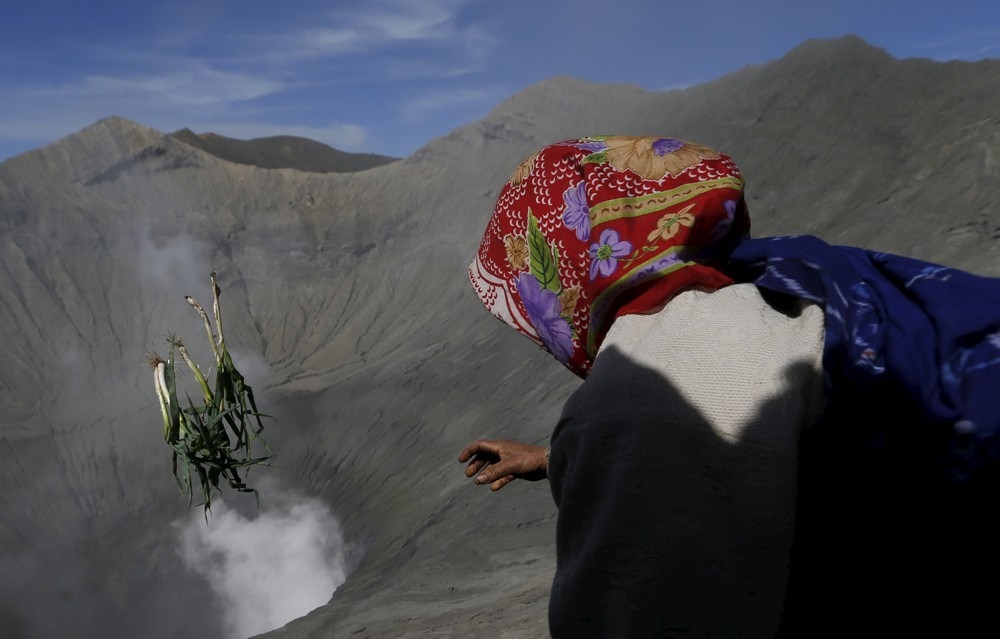 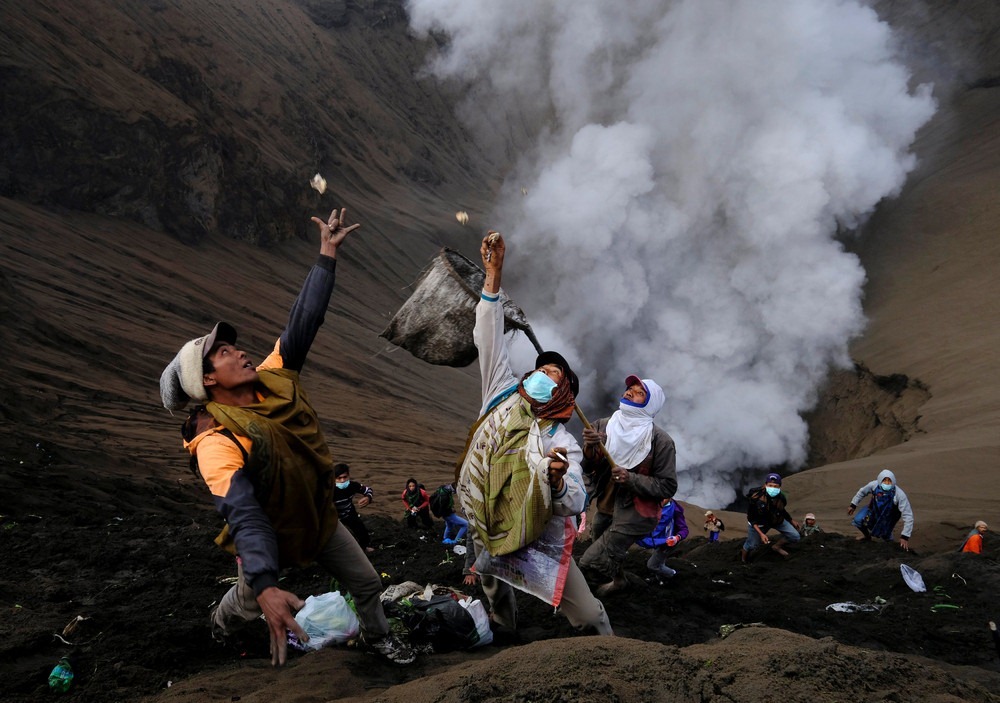 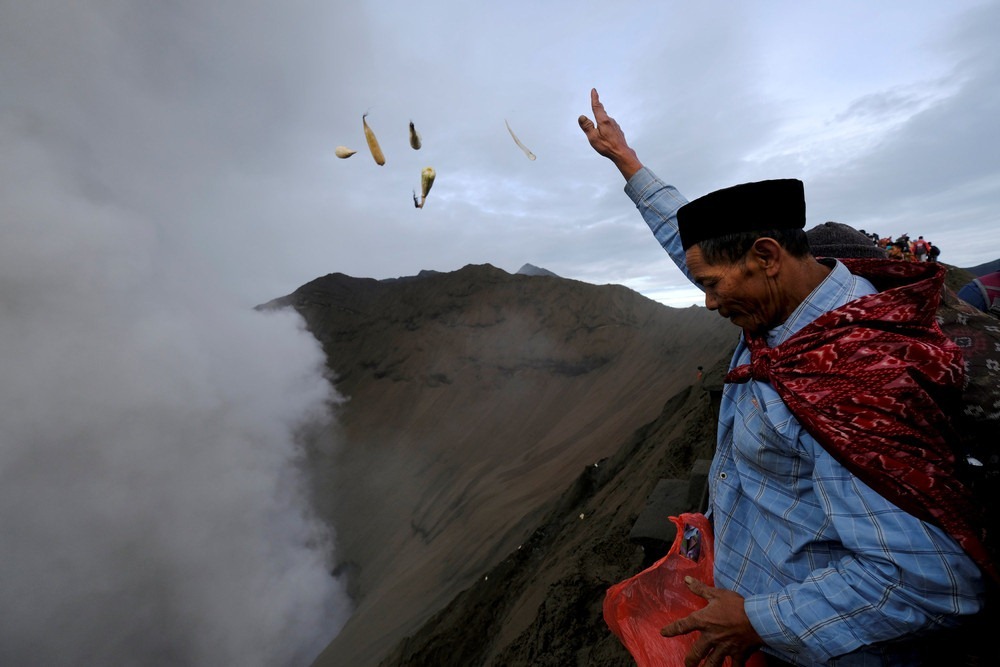 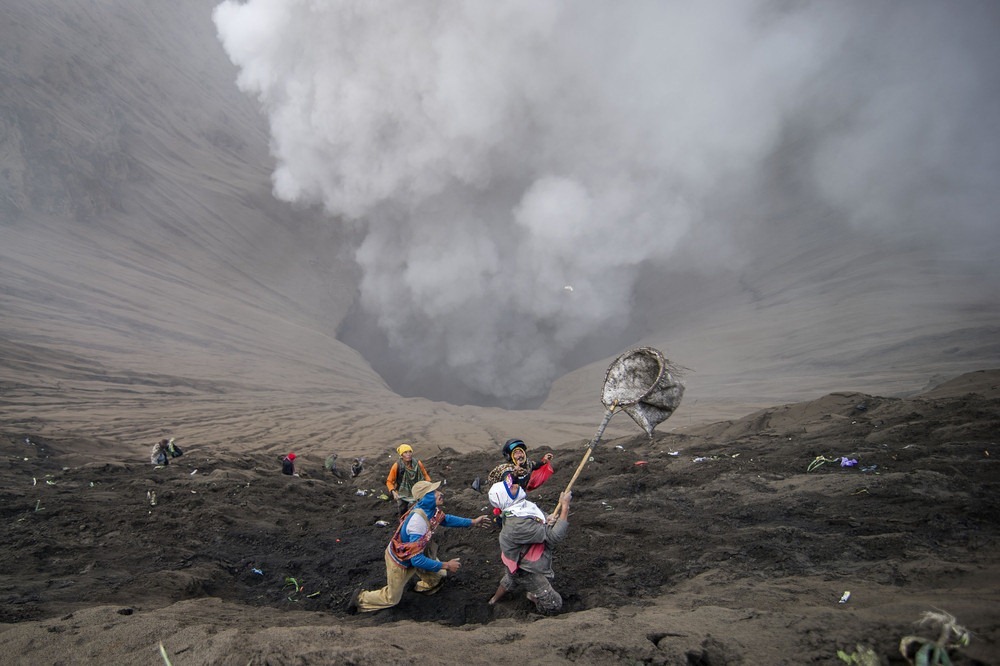 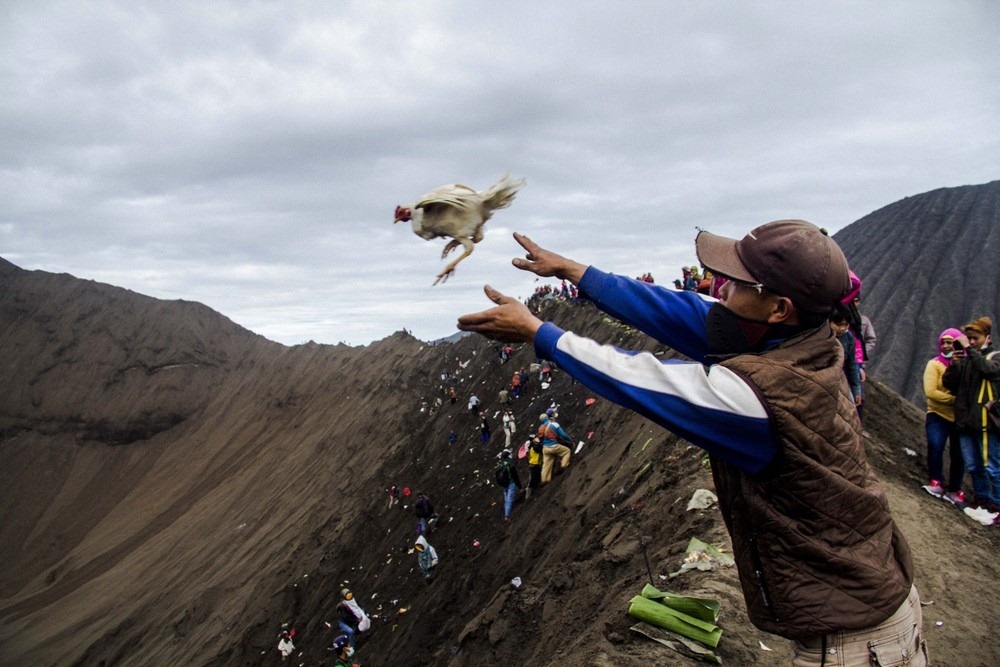 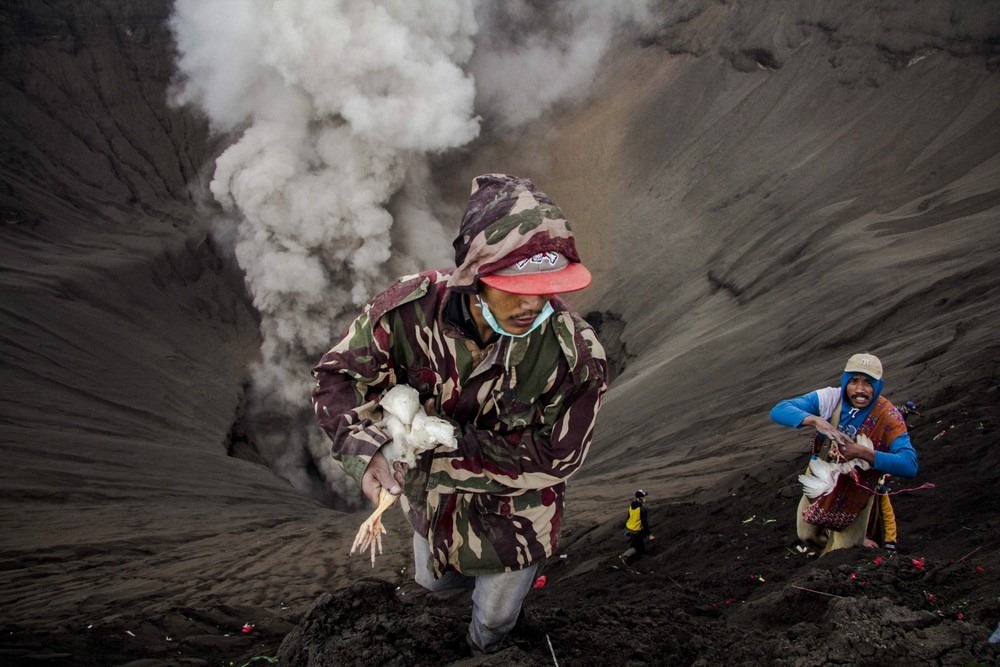 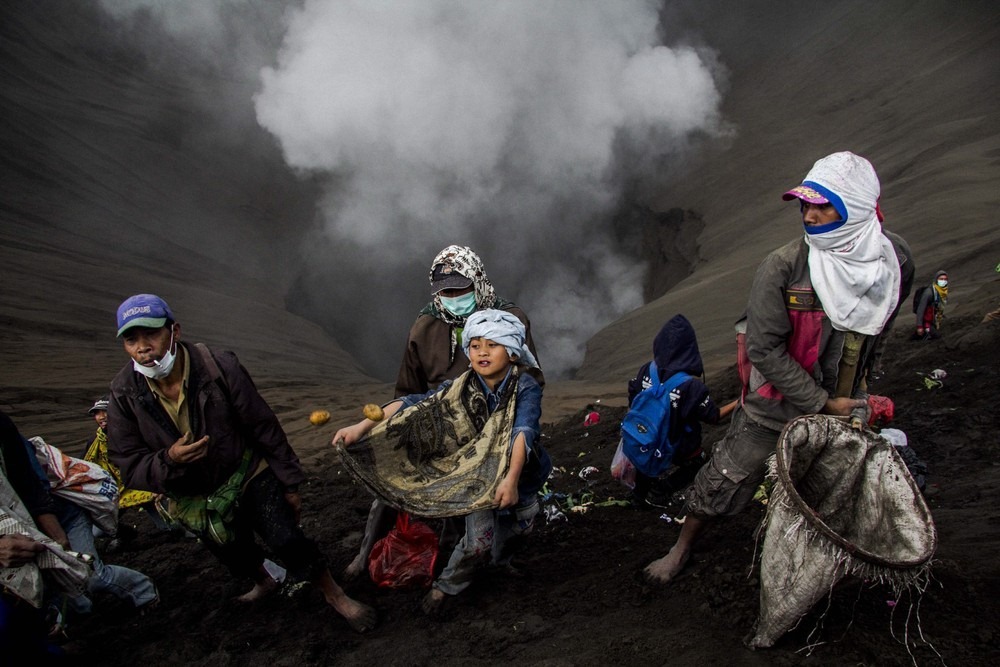 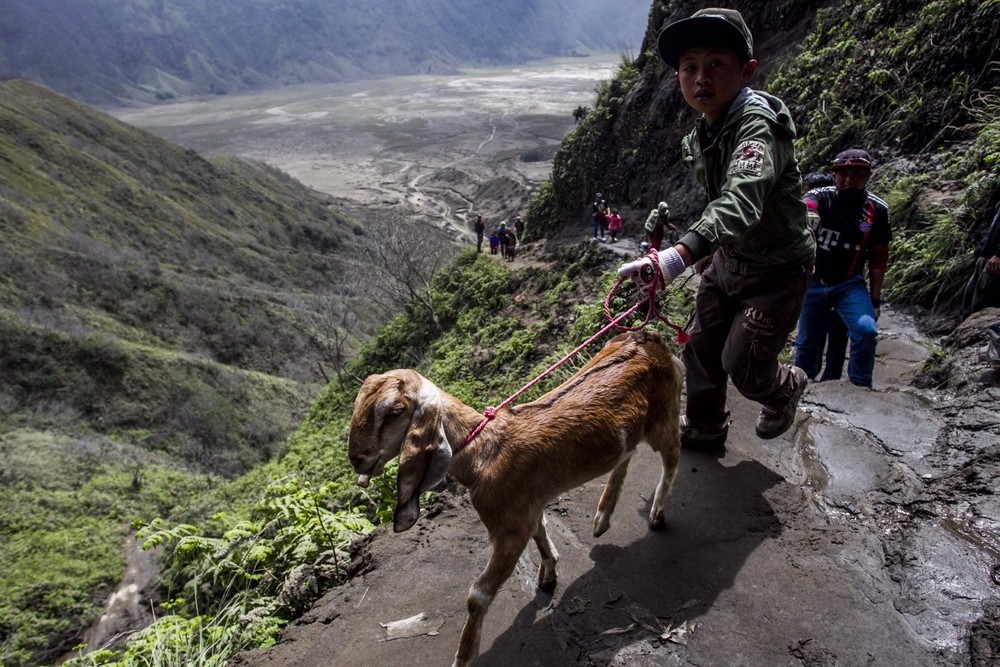 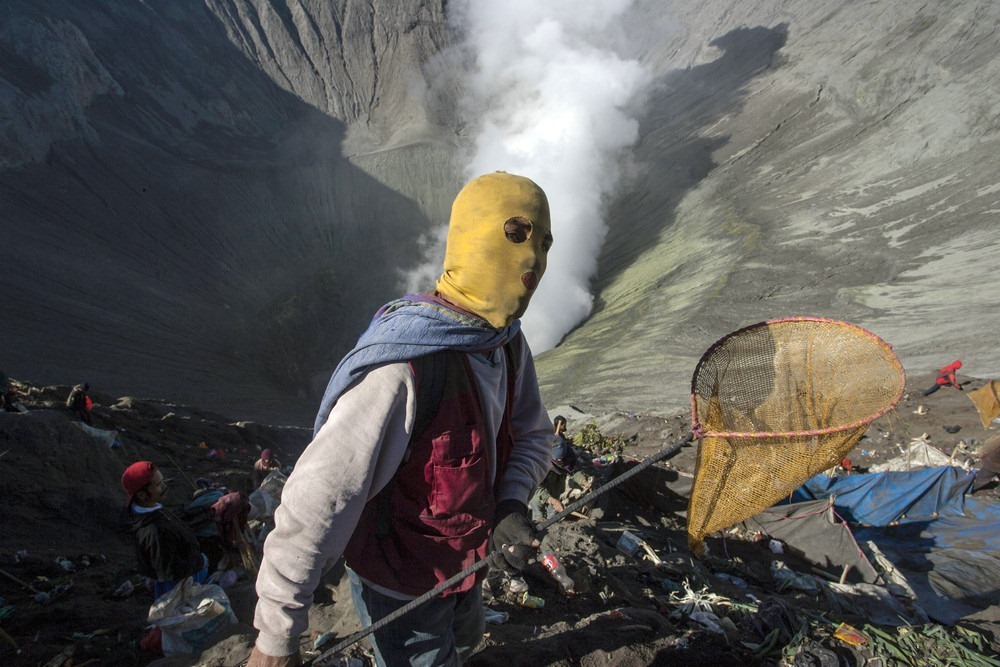 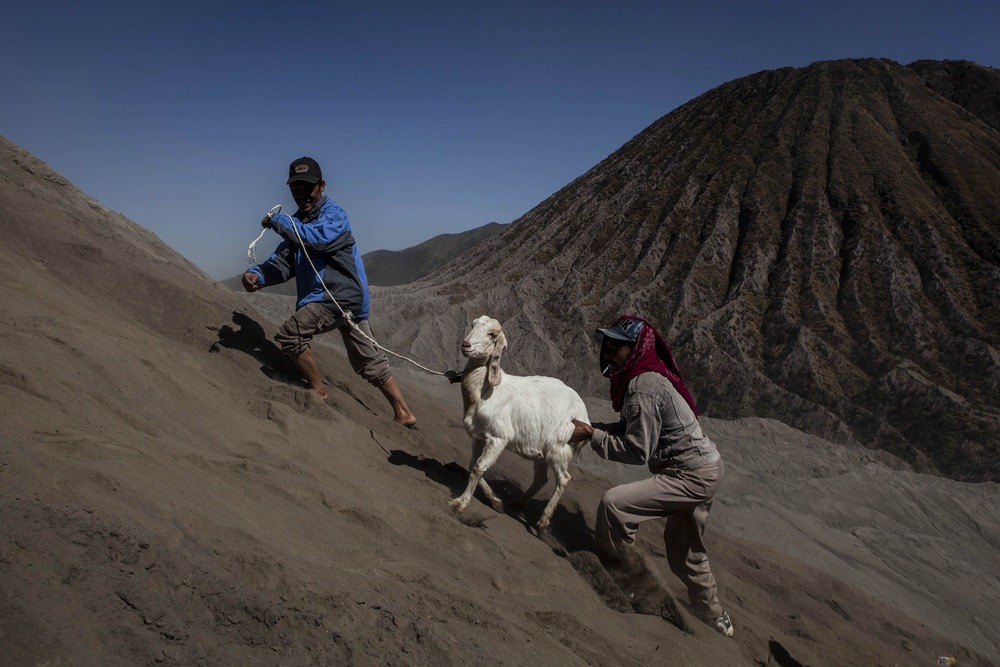