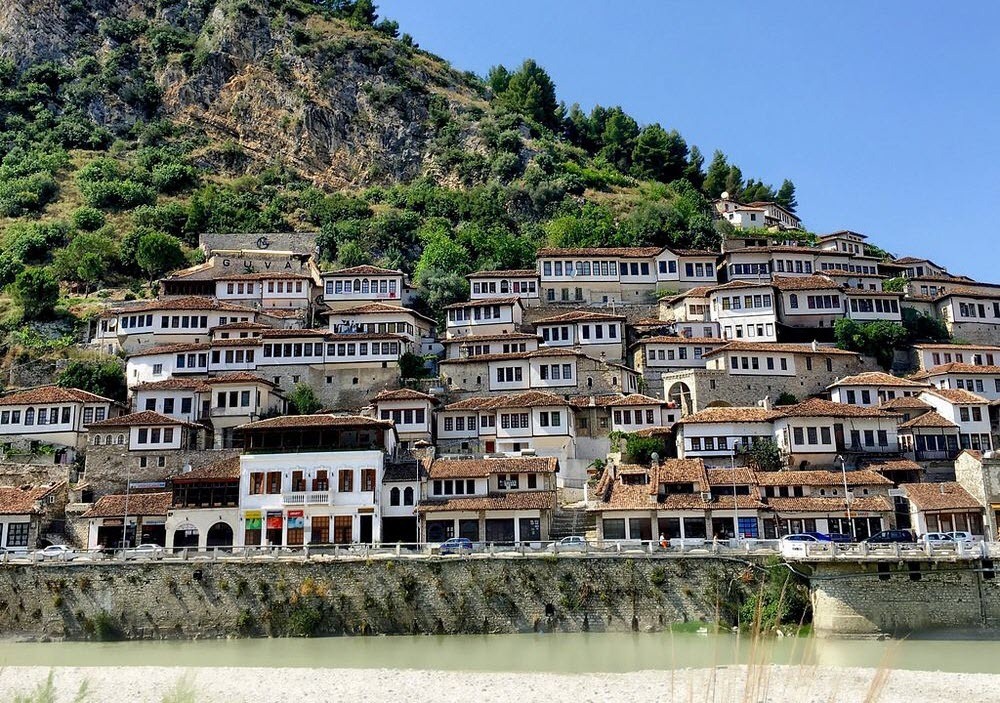 The city of Berat in south-central Albania, is renowned for its historic architecture and scenic beauty. A UNESCO World Heritage site, Berat was one of the most important Albanian cities during the Ottoman era, and a major craft center specializing in wood carving. Today, it is one of the best preserved Ottoman cities in the Balkans.

What makes Berat so special are its traditional Balkan style houses that climb up the side of the hill upon which the 13th century Berat Castle is situated. These houses, belonging to the late 18th and the 19th centuries, typically have two floors with the ground floor made of stone, and a prominent upper floor painted white, and roofs covered with red ceramic tiles. They have large wooden windows which, because of the steepness of the hill and close construction of the houses, appear to be stacked one over the other. This view from the district of Gorica, on the left bank of Osum river, which flows through the city, have earned Berat the moniker of “the city of thousand windows”. 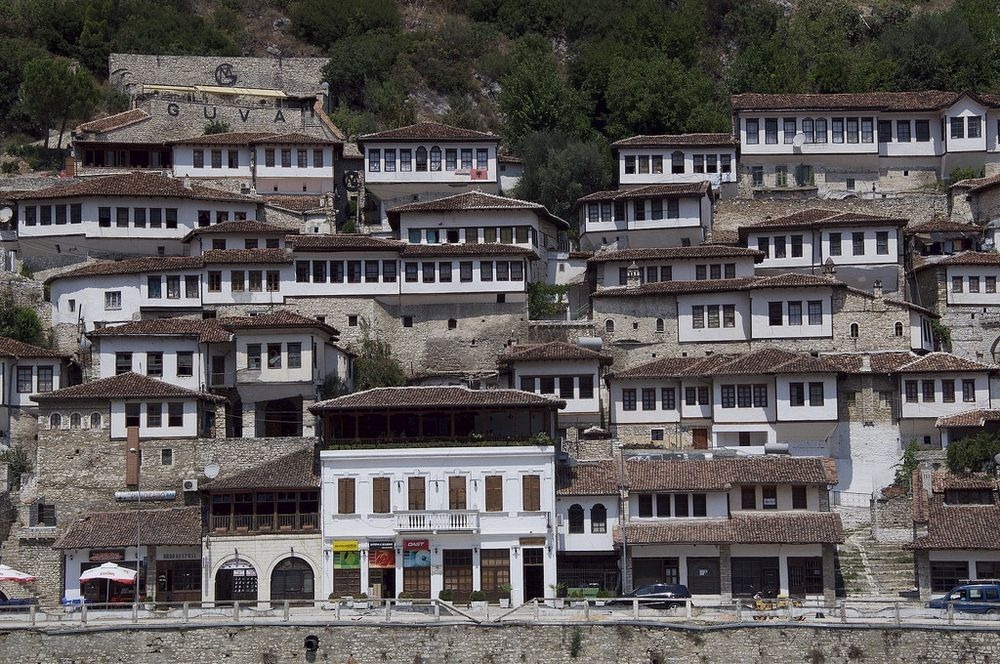 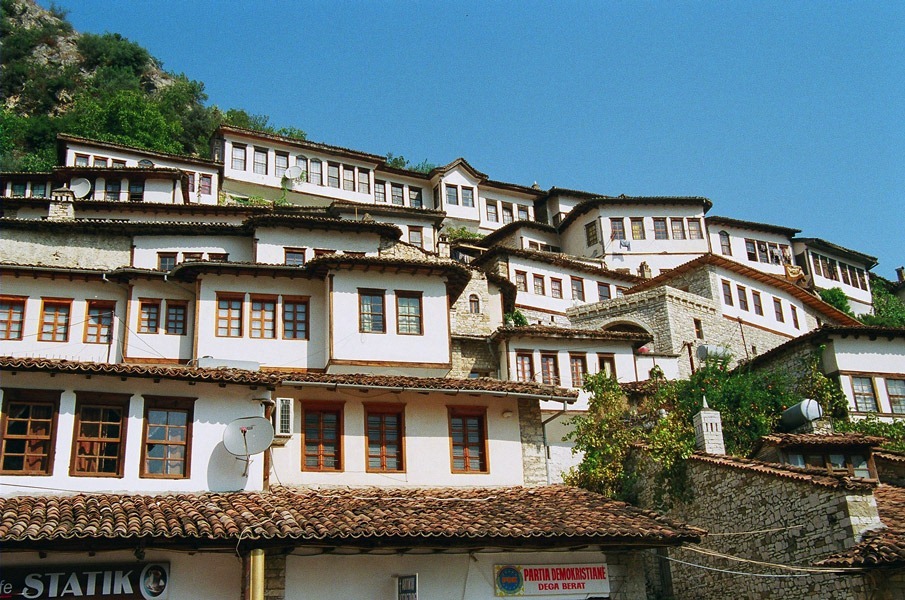 2 thoughts on “Berat: The City of Thousand Windows”