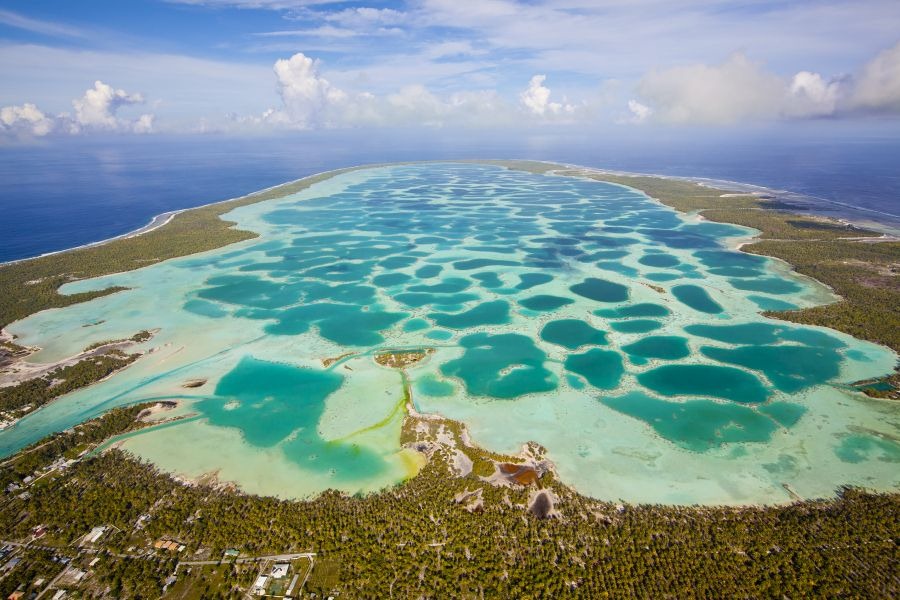 Mataiva is a coral atoll in the Tuamotu Archipelago, in French Polynesia, located about 311 km north of the island of Tahiti. The ring-shaped island is the rim of a partially submerged volcanic cone which has eroded and sunk beneath the sea surface. Over time coral reefs have established around the cone at shallow depth, while the caldera became a lagoon. 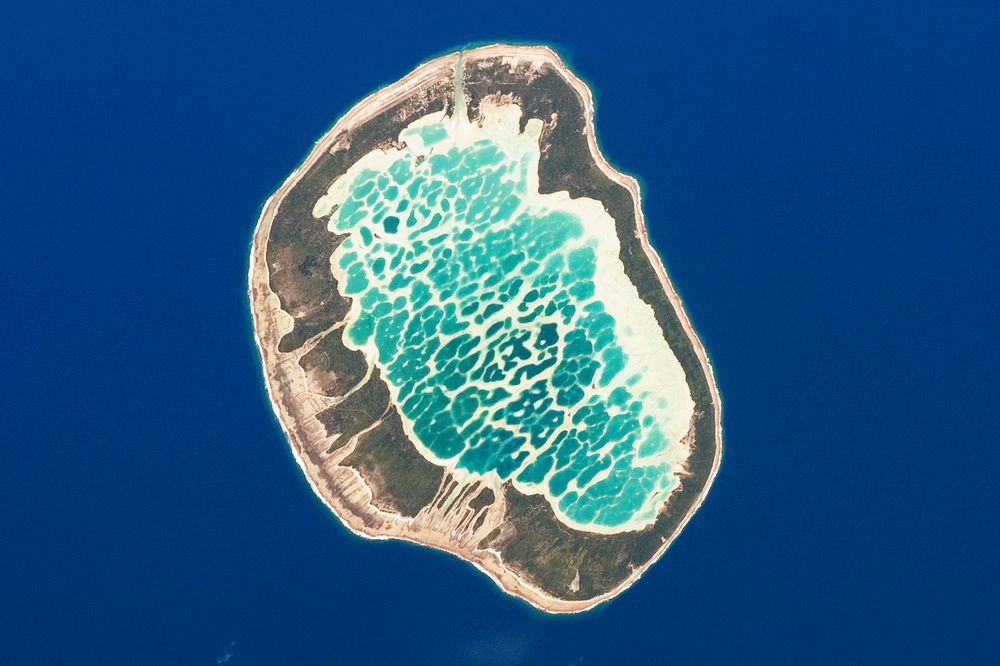 A striking feature of Mataiva is the network of ridges, appearing in white in satellite and overhead photos, in the central lagoon. This ridges are formed by eroded coral reefs that have morphed into linear rocky structures some 50 to 300 meters wide. The reticulated honeycomb structure forms about seventy shallow pools within the lagoon having an average depth of about 8 meters. The ridge themselves are submerged about a meter below the water surface. The varying depths of these basins and the clear water gives the lagoon a blue and green tessellated appearance when viewed from above. 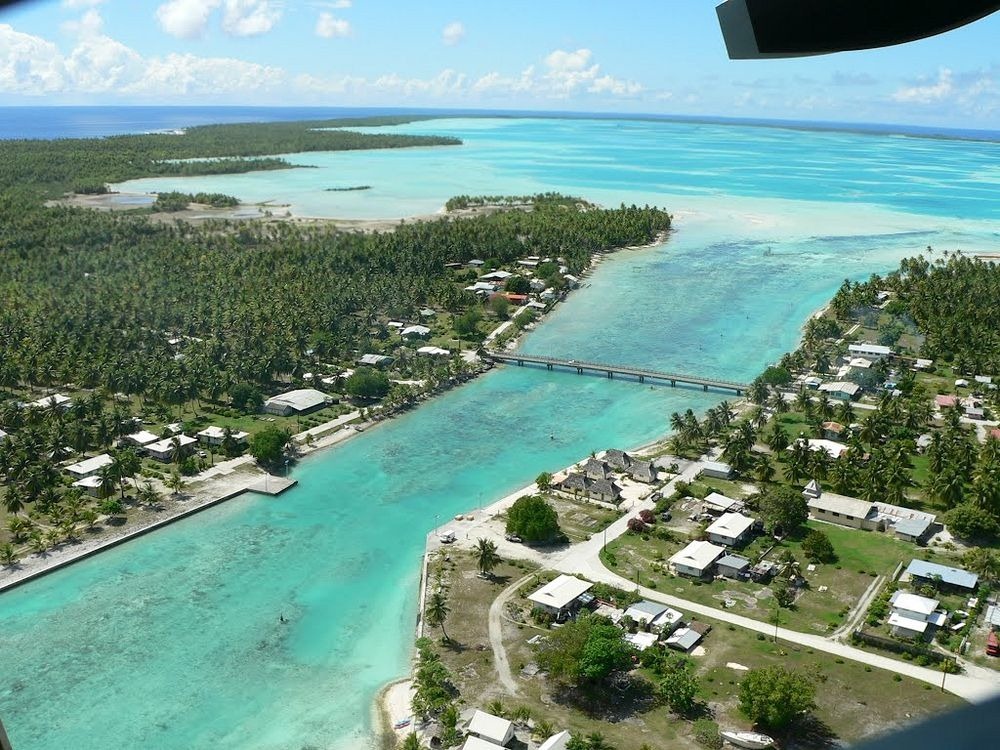 Mataiva Atoll is inhabited but sparsely populated. Its only village, Pahua straddles a narrow pass that connects the lagoon with the sea. The pass at Pahua is 110 meters long but only a few feet deep and not navigable. A concrete levee, which connects the two halves of the village, is the longest bridge in French Polynesia. Much of the rest of the 10-kilometer-long atoll is covered with forest. 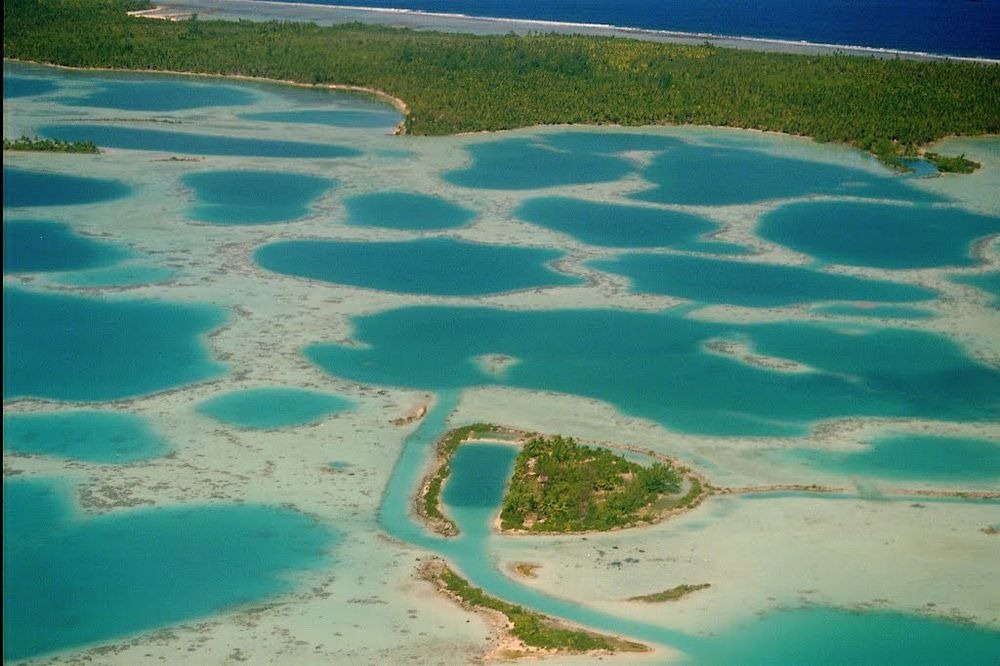 Aside from the pass, there are a number of narrow passages (known in Tuamotuan as hoa’a) along the south-central part of the reef. These channels give the atoll its name. Mataiva means “Nine Eyes”, an allusion to its nine channels. There are also several small islets located within the lagoon that serve as sanctuaries and breeding grounds for rare maritime birds. 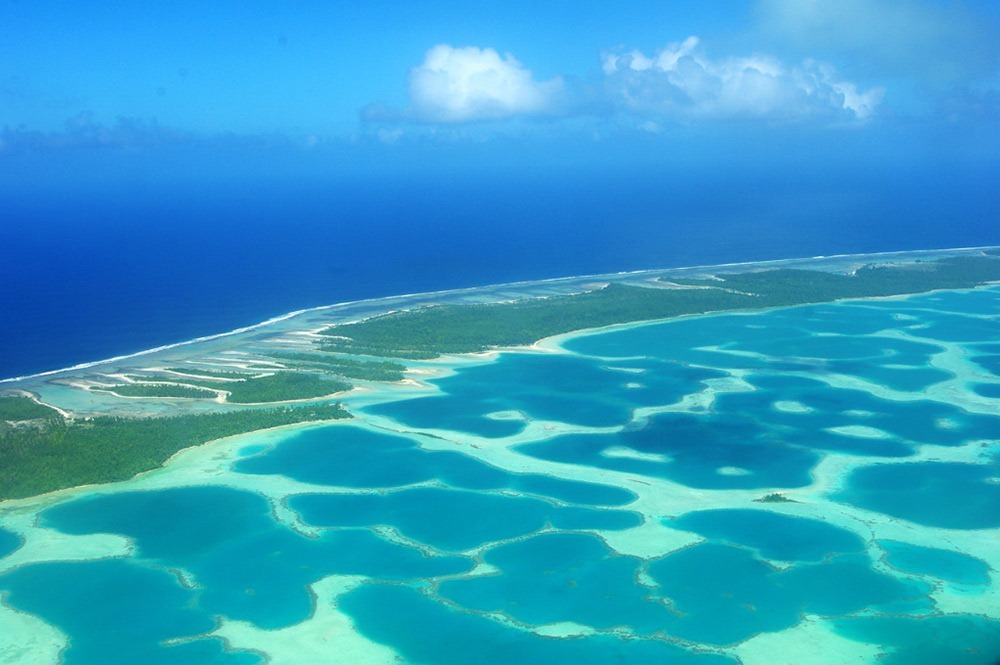 Mataiva contains rich phosphate deposits, but the local population and ecosystems protection activists have successfully kept away miners from the area, at least, for now. Exploitation of phosphate from similar deposits on Nauru, an island in Micronesia, have left the island in ruins and uninhabitable. Mataiva inhabitants doesn’t want the same fate to befall on their paradise. Instead, their economy is fueled mostly through vanilla and coconut cultivation, fishing and tourism. 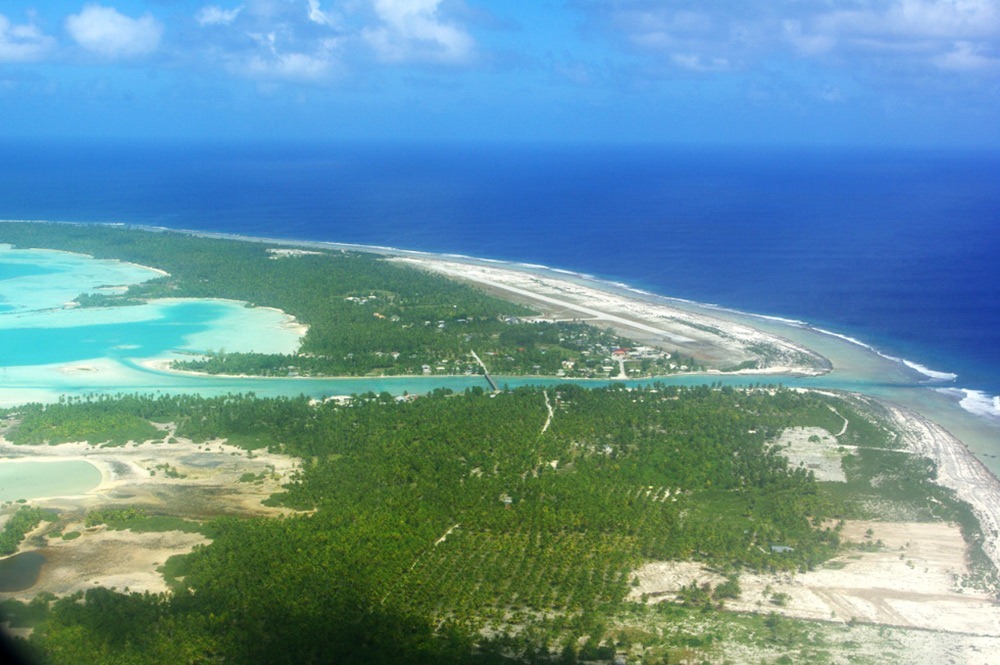 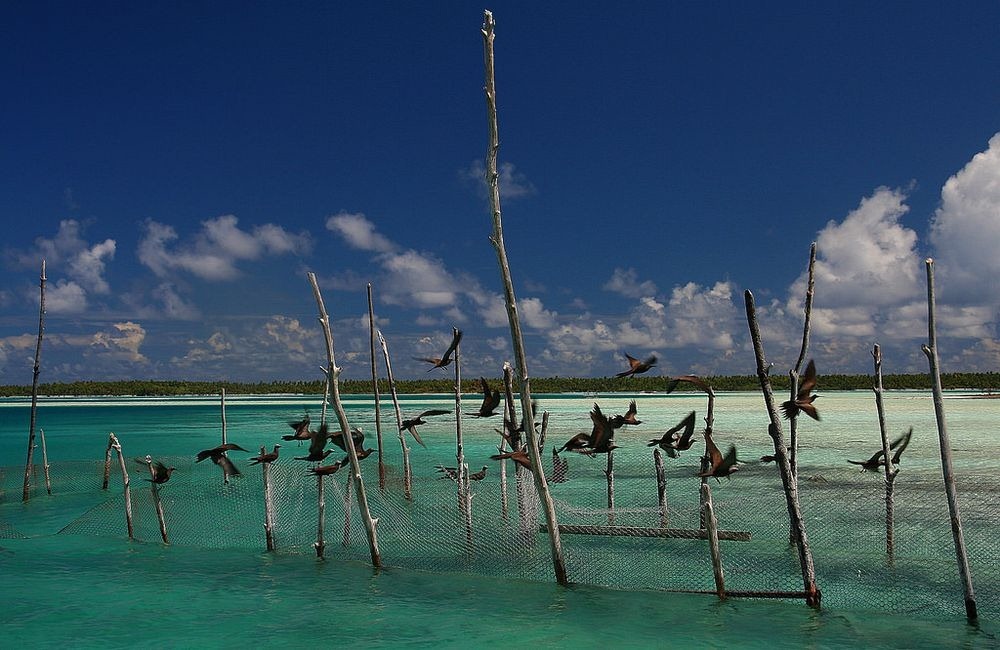 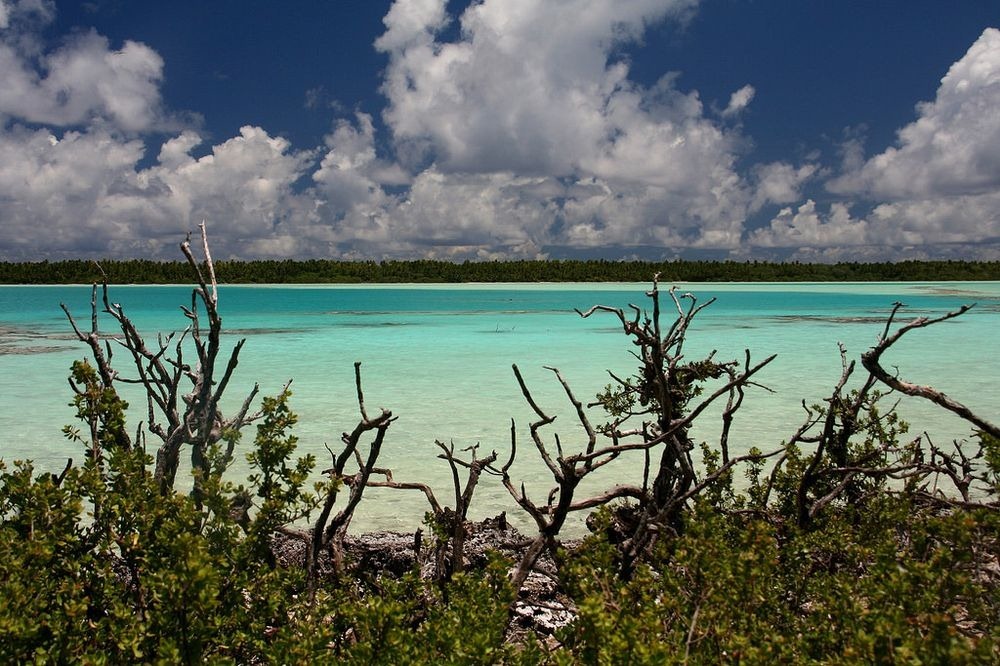 One thought on “The Reticulated Lagoon of Mataiva Atoll”