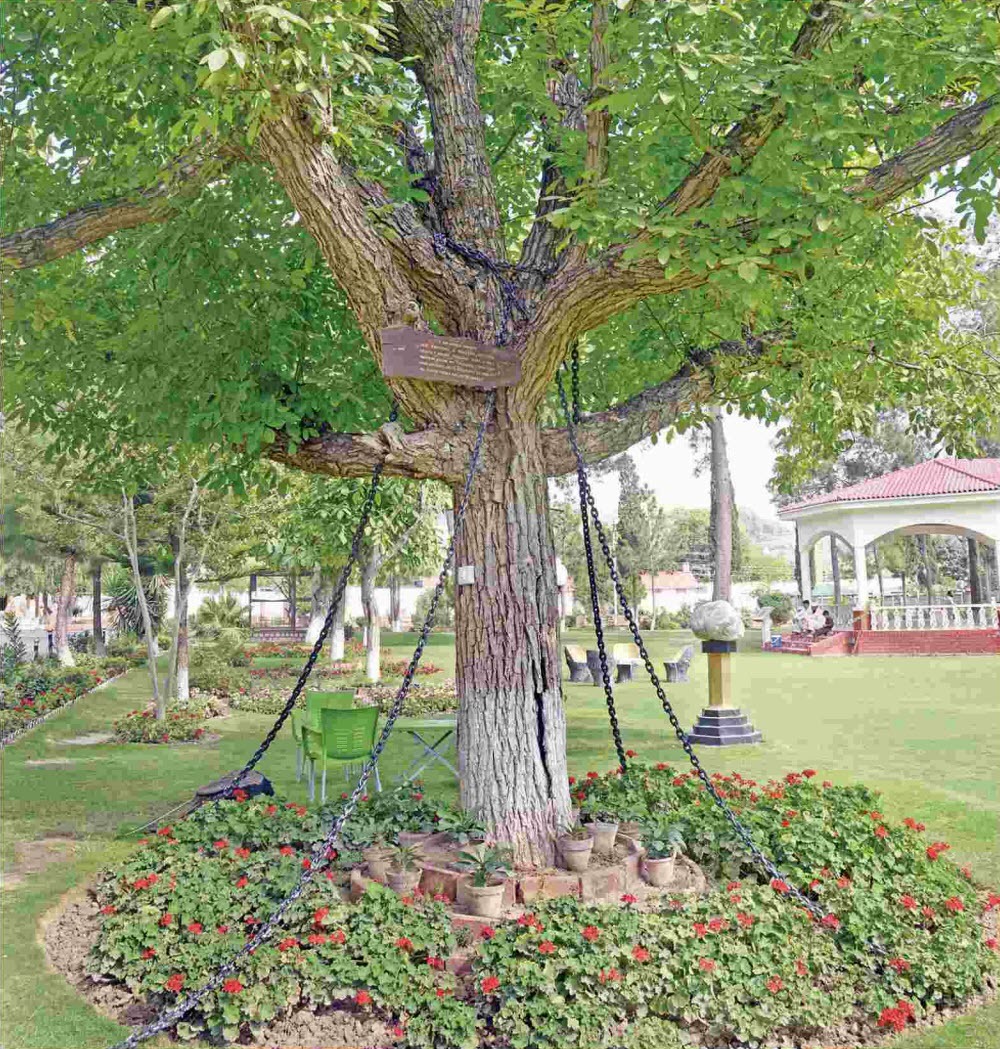 In the Landi Kotal army cantonment area in present-day Pakistan, there is a banyan tree that is kept chained to the ground as if to prevent it from escaping. A board hanging from its branches read, in part: “I am under arrest.”

The story goes that in 1898, a British army officer named James Squid, under the influence of alcohol, thought that the tree was lurching towards him. Threatened by the tree, the officer ordered the mess sergeant to arrest it. The mess sergeant followed the officer’s orders and chained the offending tree. More than a hundred years later, the tree is still in chains.

“Through this act, the British basically implied to the tribesmen that if they dared act against the Raj, they too would be punished in a similar fashion,” a resident of the army cantonment told the Tribune.

Locals suggest that the captive tree is an allegory of the draconian Frontier Crimes Regulation (FCR) laws, promulgated by the British during the colonial era specifically for the purpose of countering Pashtun opposition to the British rule. The law allowed the government to collectively punish tribes or families for the crimes committed by individuals within these groups.

Surprisingly, the FCR law is still largely in place in the Federally Administered Tribal Areas (FATA) of northwestern Pakistan. The law denies residents of FATA the right to a fair trial by denying their rights to appeal, the right to legal representation and the right to present reasoned evidence. The law states that residents can be arrested without specifying the crime, and the federal government has the right to seize private property of the accused. FCR is basically a gross violation of basic human rights.

In 2008, the then Prime Minister of Pakistan expressed his government’s desire to repeal the FCR, but no progress has been made on overturning the regulation. In 2011, however, the FCR law underwent a few reforms where new concepts such as provision for bail, compensation for false prosecutions, immunity to women, children and elders, etc. were introduced.

3 thoughts on “The Tree That Was Arrested”