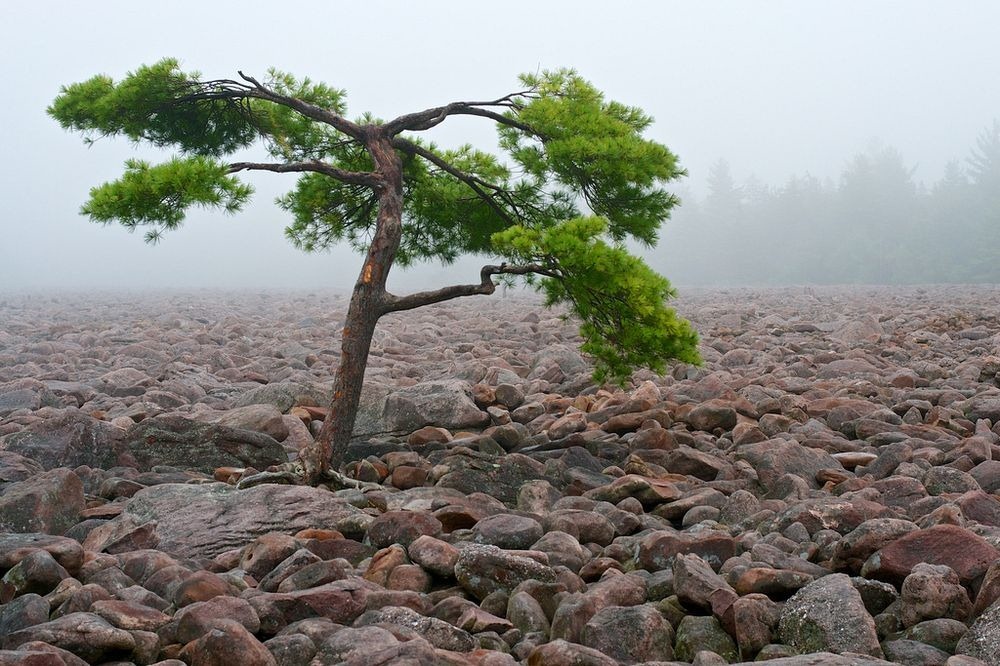 Hickory Run State Park, located in northern Carbon County, on the Pocono Plateau of northeastern Pennsylvania, is home to one of the most striking geological feature in the state. It’s a huge bed of rocks measuring approximately 400 feet by 1,800 feet and at least 12 feet deep, containing a jumbled assortment of loosely packed boulders — most of them medium-sized, less than 4 feet in diameter, although some of them measures up to 25 feet. The boulder field is extremely clean, in the sense that there is no fine material such as sand or clay filling the space between the boulders. And if you listen closely, you can sometimes hear water flowing beneath the rocks. 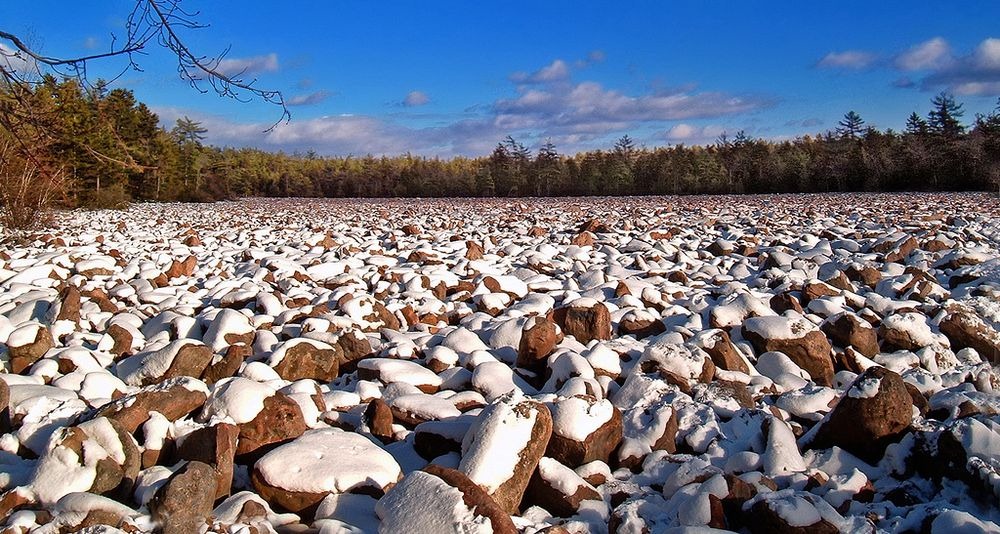 The Boulder Field is located in a relatively flat valley near the headwaters of Hickory Run. The outline of the field is irregular, but the surface is surprisingly flat. The boulders are mainly red sandstones and red conglomerates with white quartz pebbles, identical to those found on the ridges that surround the field on three sides. A product of glaciation, the boulder field is believed to have formed some 20,000 years ago and has remained relatively unchanged since then, making it to a true relic of the past. 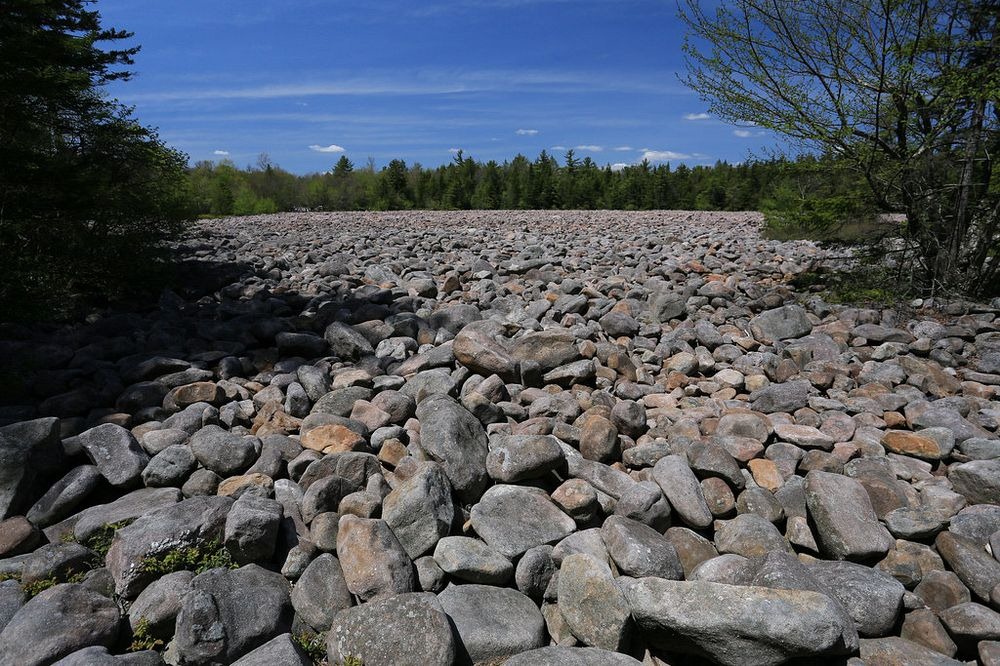 The rocks were broken down from the surrounding ridges by the continual freeze-thaw cycle. During summer, water seeped into the porous rocks and froze in winter. Freezing water expands generating a force powerful enough to break rock into pieces. When the glaciers melted, the melt water carried the boulders and deposited them on the valley. As the melt water flowed through the field, it took the fine sediments such as sand and clay with it leaving behind the stack of boulders. This process happened over a period of many thousand years, and resulted in the large flat boulder field that we see today. When the glacier vanished from Pennsylvania and the climate warmed, all movement ceased. The boulder field has been lying stationary for tens of thousands of years.

The Hickory Run Boulder Field was designated a natural national landmark in 1967. 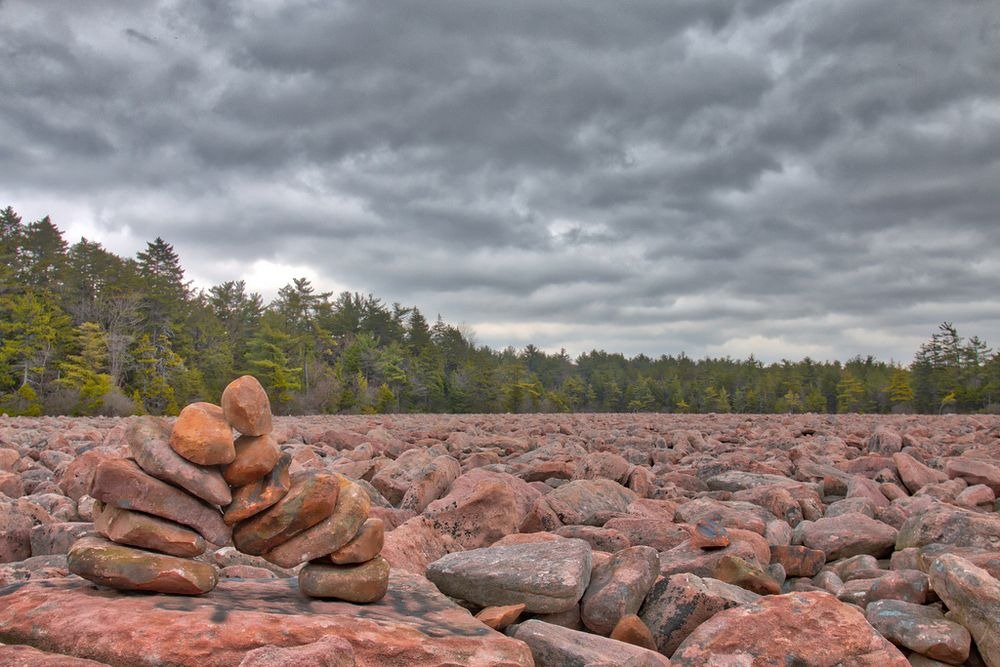 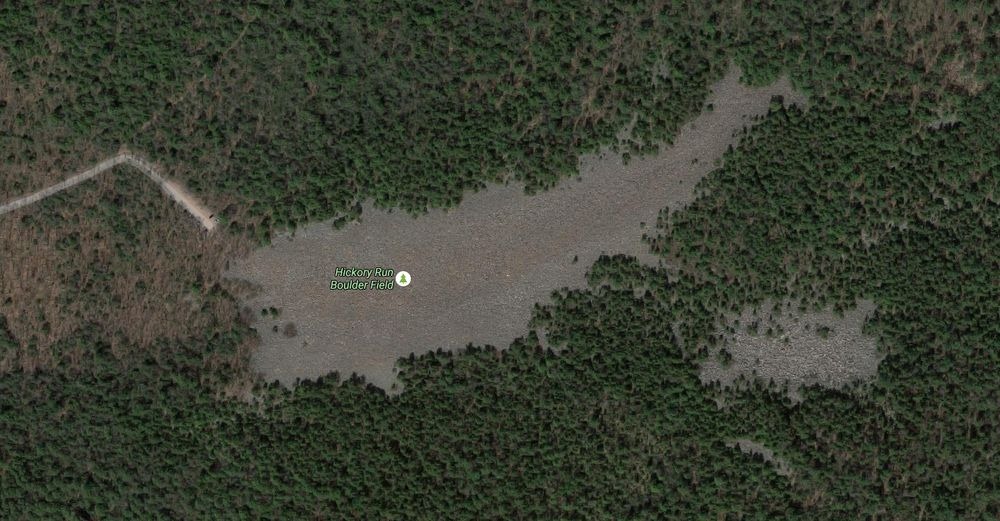