Building a memorial out of stone and concrete is one way to pay tribute to a person, but a truly unique and symbolic way of memorializing somebody or commemorating an event is to plant trees. A stone monument may last longer, but trees are a living legacy that will grow bigger, stronger, and more mature year after year.

Here are eight examples of living memorials from different parts of the world. 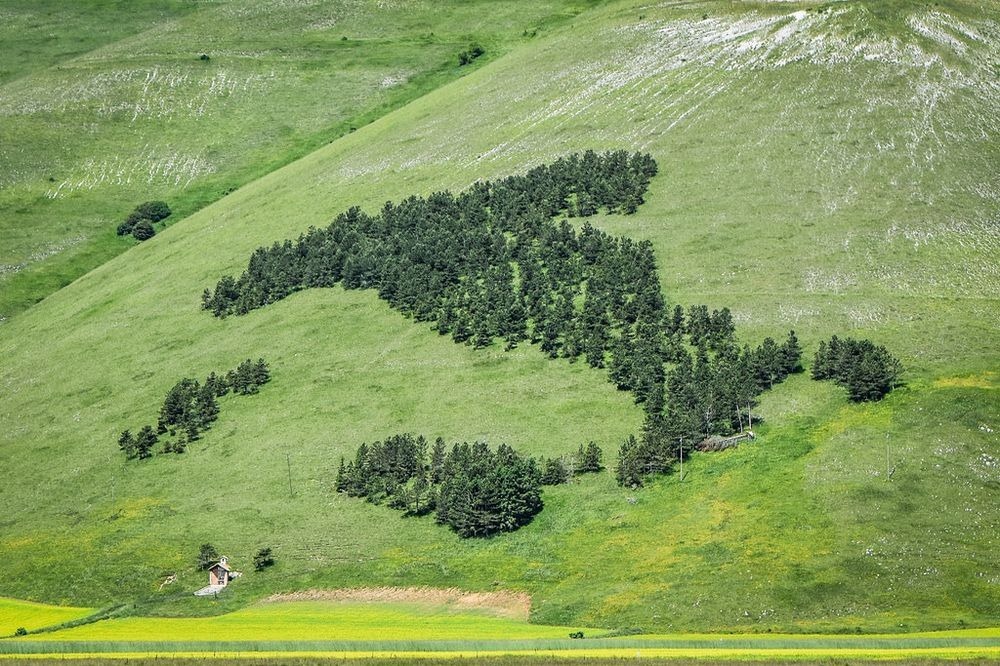 This small pine forest, shaped like the map of Italy, is located on the mountain slopes overlooking the Great Plain of Castelluccio in Umbria, in the Apennine Mountains of central Italy. The pines were planted in 1961 on the occasion of the 100th year anniversary of the unification of Italy. 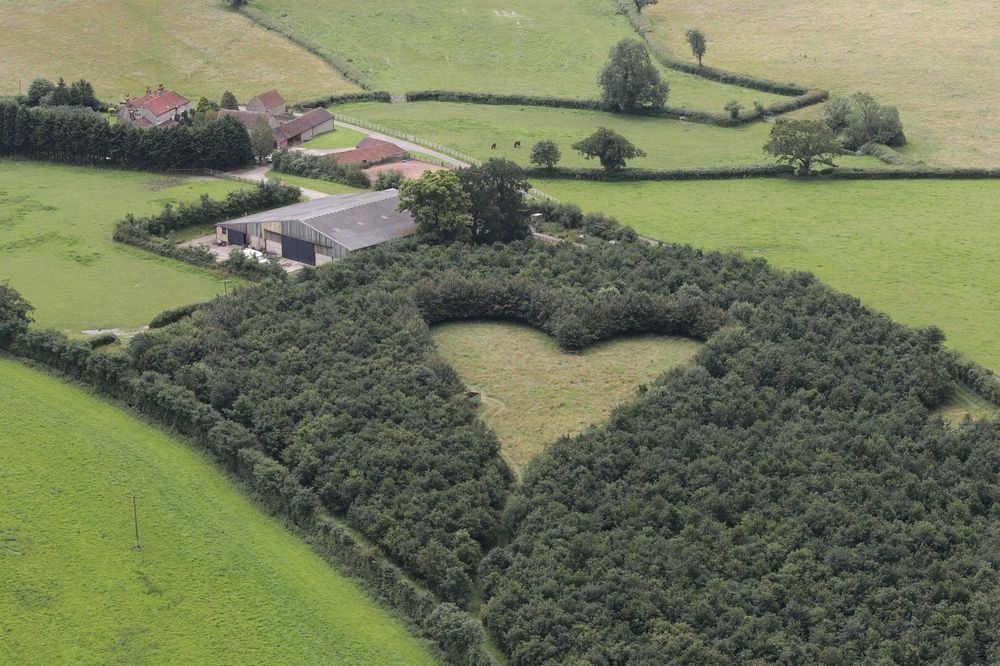 Located near Wickwar, in south Gloucestershire, England, this oak forest shaped in the shape of a heart was planted by Winston Howes, a farmer, as a tribute to his wife who died of heart failure in 1995. Months after her death, Howes marked out an acre-long heart on his farm with the point facing in the direction of her childhood home. He then planted oak saplings all around. The trees have grown now but the curious shape can only be seen from the air. The small meadow had remained a family secret until about four years ago when it was discovered by a hot air balloonist. 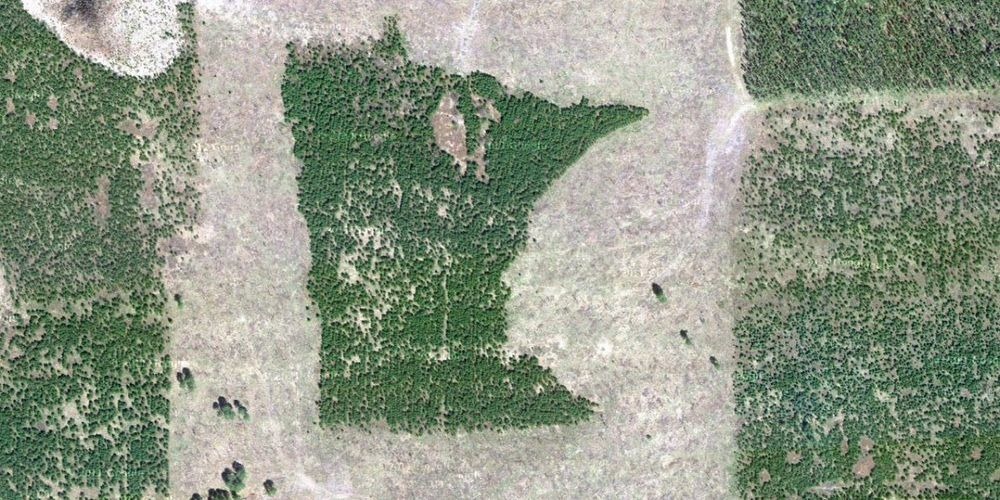 Deep in Lake of the Woods County, in the US state of Minnesota, lies a massive forest shaped exactly like the state. It was created by an engineer of the DNR Division of Forestry in the 1990s, when he was asked to clear some parts of the forest to harvest timber. Using a simple map and compass, the engineer Bill Lockner mapped out the outline, and cleared out the trees around it to create the shape of the state.

This guitar-shaped forest in the fertile plains of Argentina’s Pampas is another labor of love. It was planted by a farmer named Pedro Martin Ureta in 1979, on his farm near the town of Laboulaye, as a tribute to his late wife who loved the instrument. The guitar is about a kilometer long and has become an attraction of sort for both pilots and passengers of passing planes.

A Tribute to Mussolini 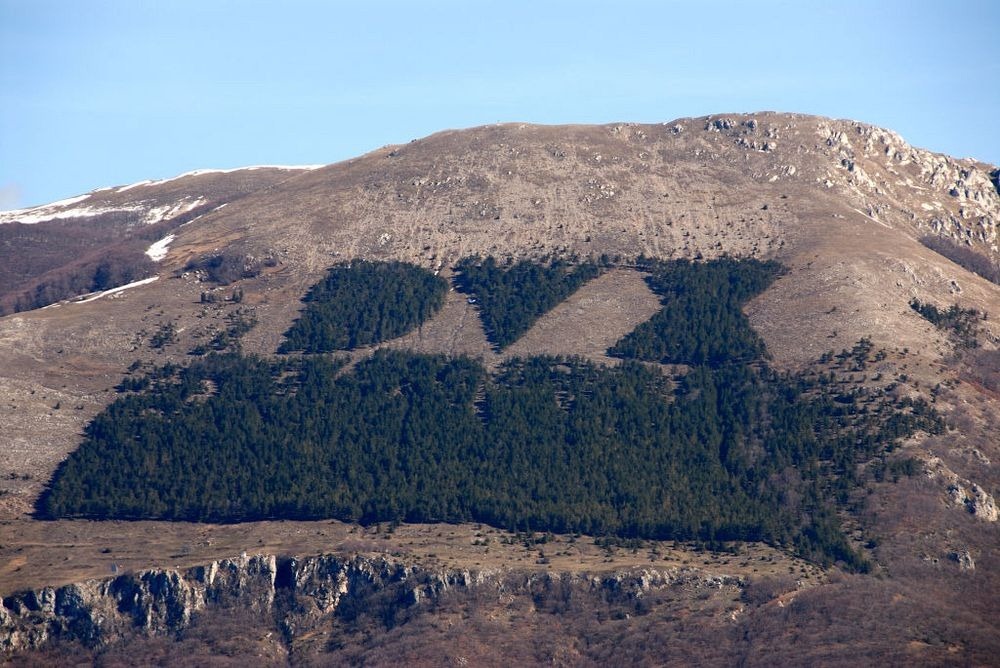 On the side of a mountain overlooking the town of Antrodoco, in the province of Rieti, Italy, is inscribed the words DVX, spelled out with an estimated 20 thousand trees. The word “dvx”, which is an alternate spelling for “dux”, is derived from the Latin word “duce”, which means leader. The trees were planted in 1939 is honor of the Italian Fascist dictator Benito Mussolini, who had adopted the title of dux (or dvx) to represent his leadership. The unique monument is clearly visible from the highway and is still actively maintained. 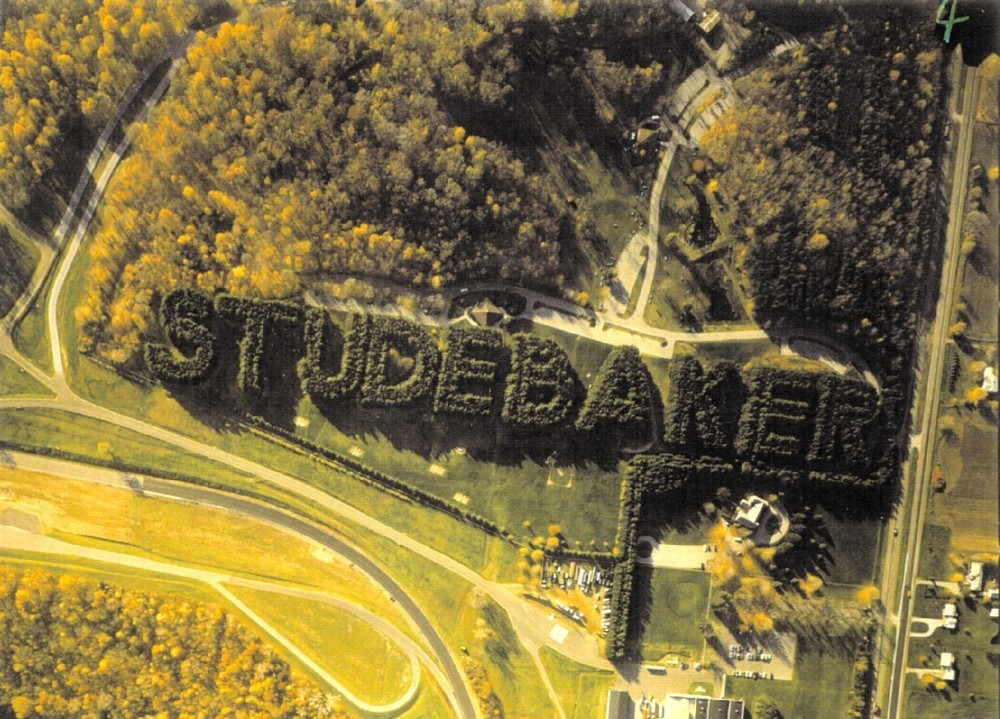 Back in 1937, the American automobile manufacturer Studebaker planted some 8,000 pine trees in Bendix Woods County Park just outside South Bend, Indiana, that spelled out STUDEBAKER in huge letters. The corporation went out of business in 1967, but the trees, recognized by the National Register of Historic Places as one of the world’s largest living advertisements, still lives.

A landowner outside Austin, Texas, a few miles east of Bastrop, created this giant sign that’s visible to airplanes and satellites flying over. Made by clearing out a forest, it spells “LUECKE”, the name of the owner. 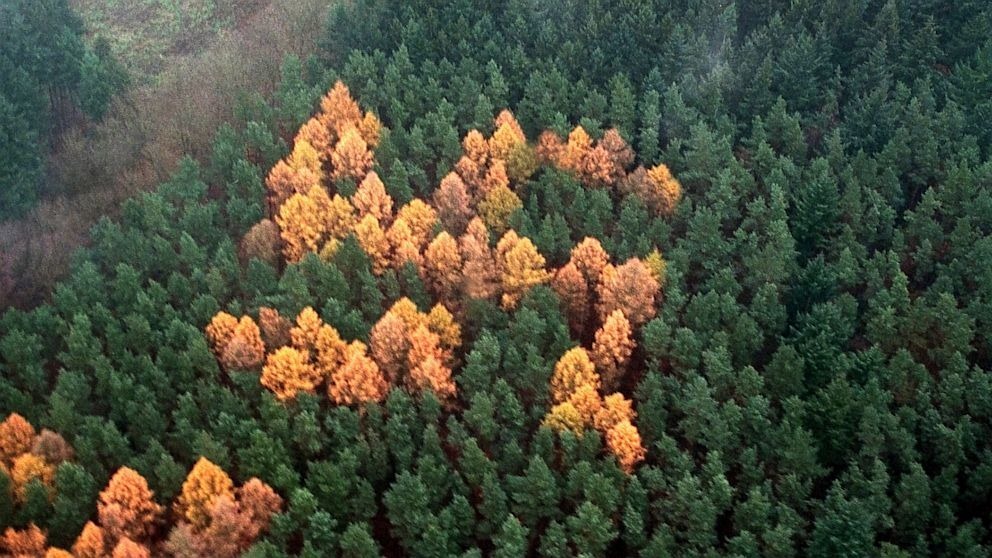 For a few weeks every fall, as the leaves changed color, a giant swastika made of larch trees used to appear in a pine forest about 60 miles north of Berlin. The swastika was planted in 1938 by Nazi supporters, but escaped detection until the early 1990s when an aerial survey of the land was made. The German government made a frantic effort to have the swastika destroyed. However, the forestry workers sent to cut down the trees erred and the trees regrew and in five years the swastika was up again. The symbol was eventually destroyed in 2000.

4 thoughts on “8 Living Memorials Shaped Out of Trees”