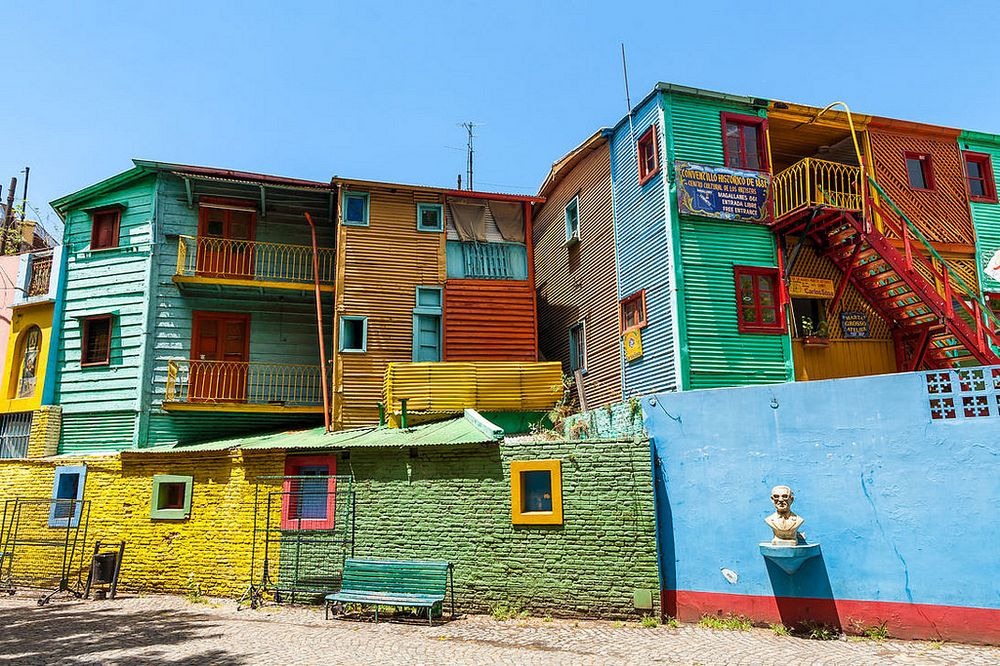 The neighborhood of La Boca, in the Argentine capital of Buenos Aires, is famous for two things — the football stadium La Bombonera, and El Caminito, a short pedestrian street paved with cobblestone where artists sell their wares and tango dancers prance along the sidewalk providing photo opportunities for tourists. The rainbow colored ramshackle buildings lining either side of the famous strip is probably one of the most famous images of Buenos Aires.

La Boca means “the mouth” in Spanish, and is so named because it is situated at the mouth of the Riachuelo river. Originally, La Boca was a shipyard. The dock workers who lived there were so poor that they built their houses using cast-away ship building materials such as planks and corrugated sheet metal. They also painted those houses with leftover paints. But there wasn’t enough paint of the same color to cover an entire house, so the houses became colorful patchwork. As the years rolled by and a new port was built, people moved out and the area fell into decline. 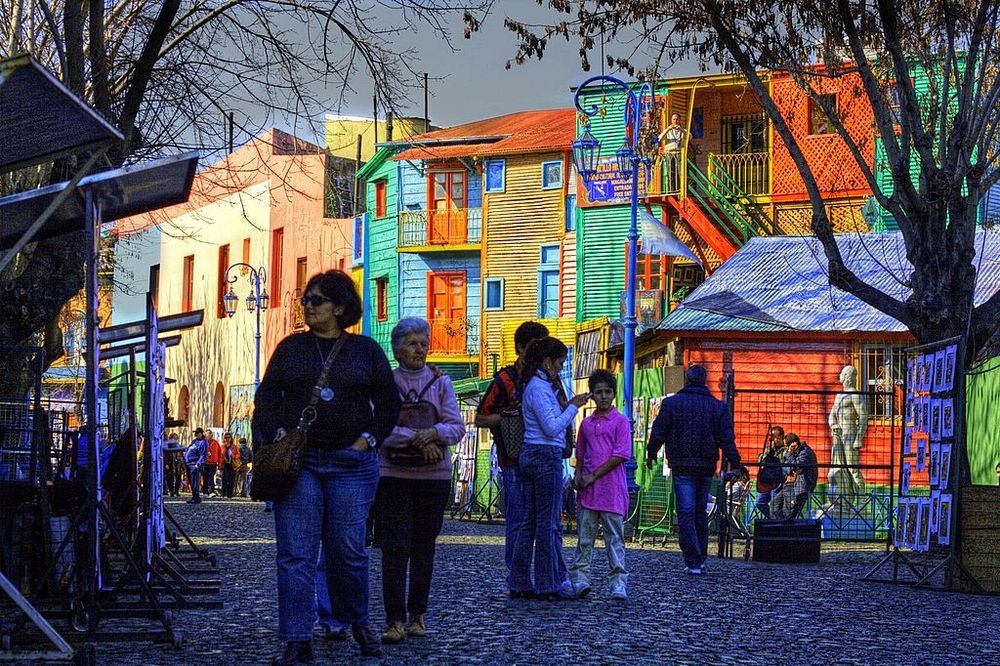 Today, El Caminito and La Boca have developed into a huge tourist trap full of hawkers peddling cheap souvenirs, overpriced knick-knacks and bland food. There are giant papier mache statues of famous figure, cardboard cutouts that you can stick your head through for photos and open-air tango dancers that entertain patrons at the outdoor cafes. Despites the hordes of tourists who descend upon this place every weekend and most weekdays, La Boca still remains one of the poorest neighborhood of Buenos Aires, and a dangerous one for visitors after dark. 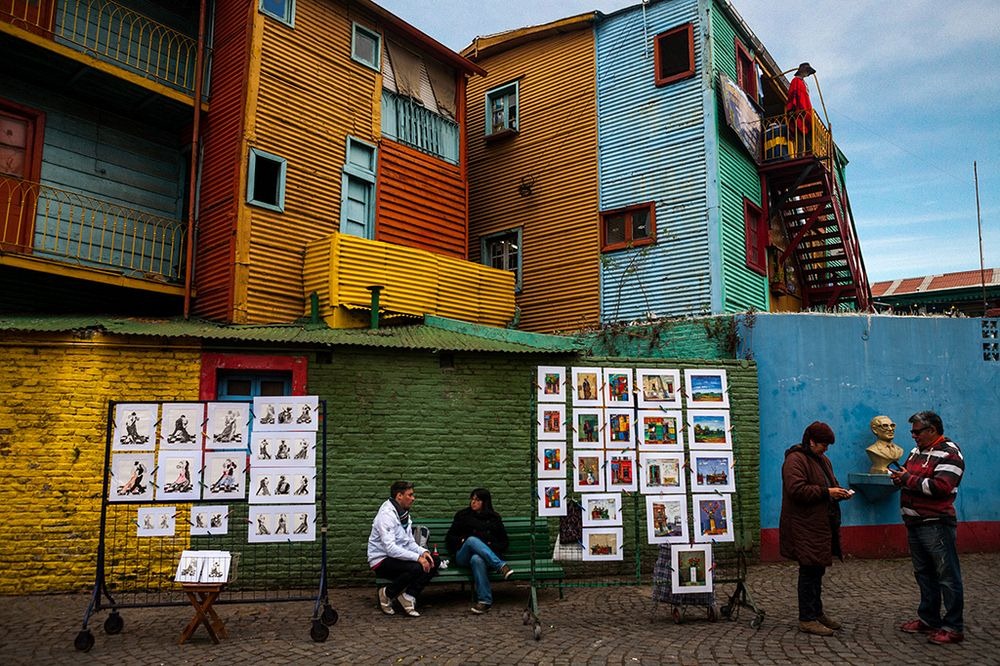 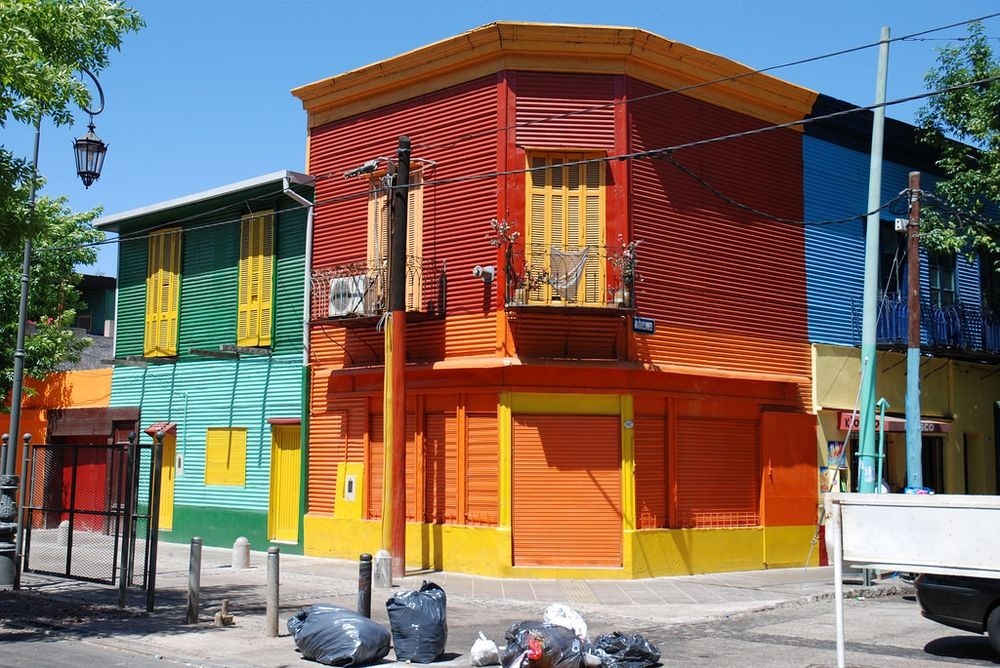 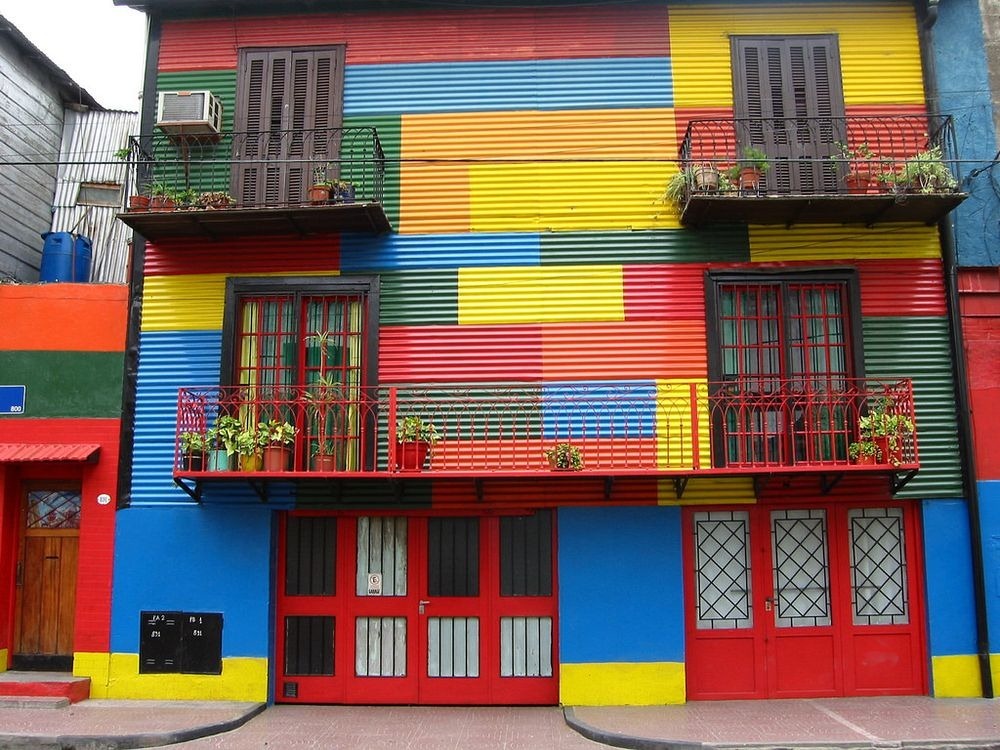 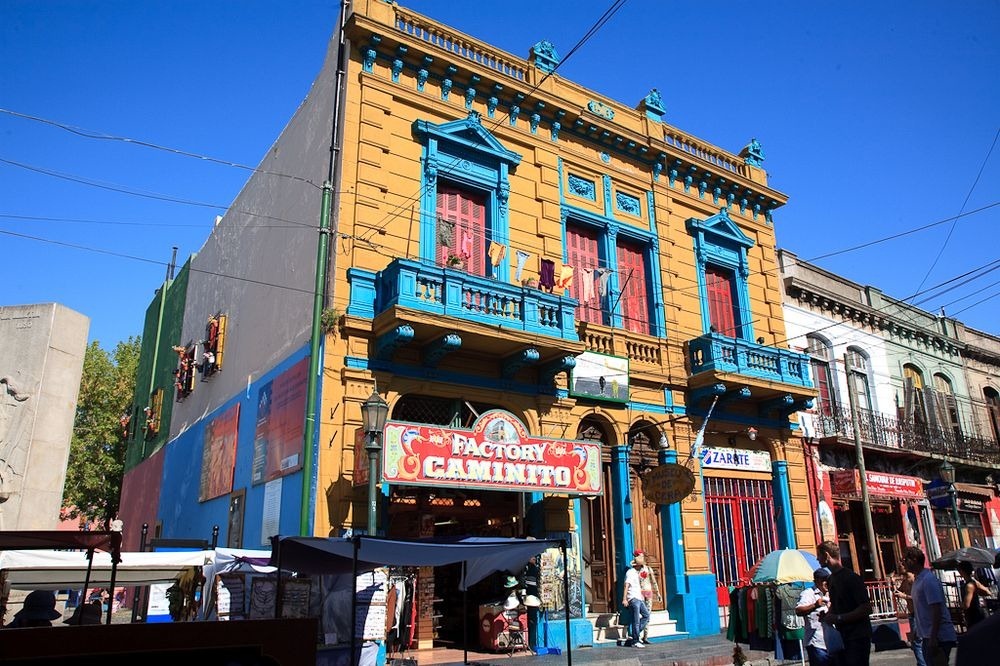 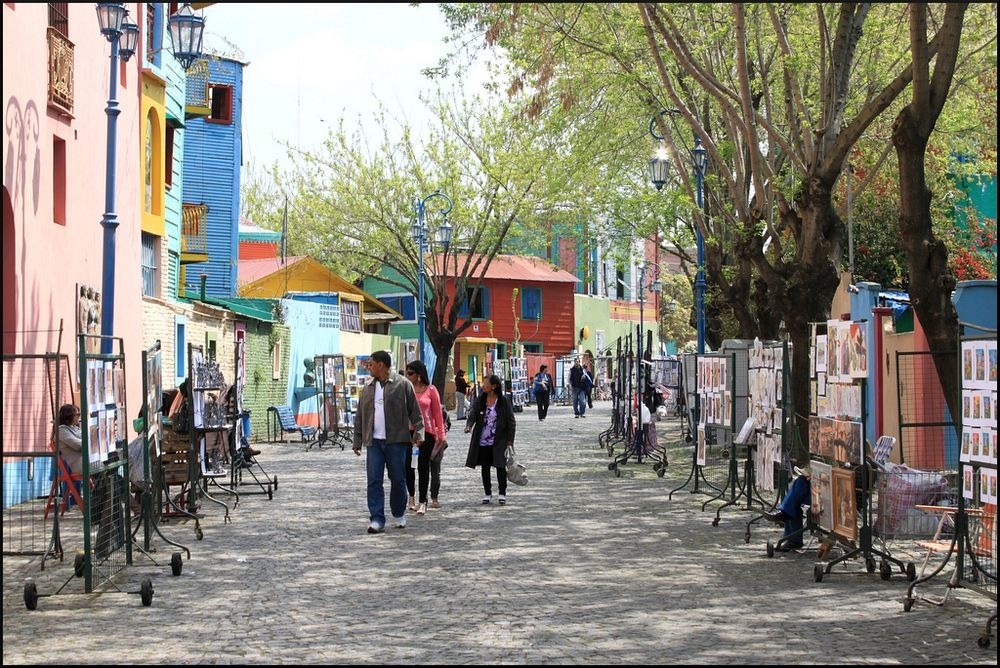 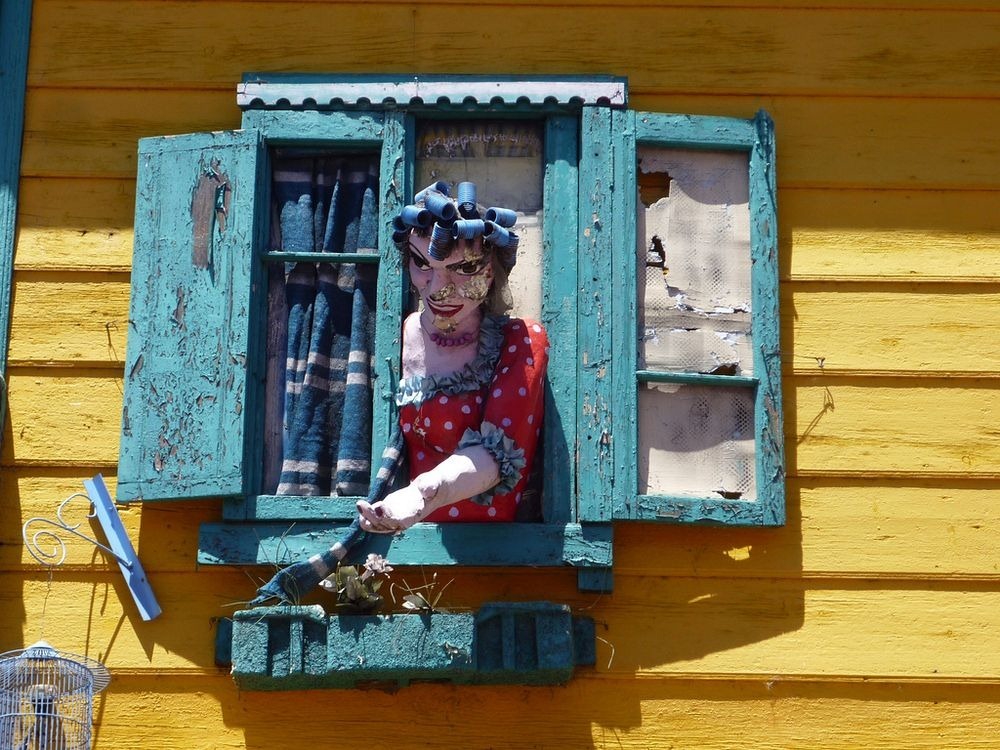 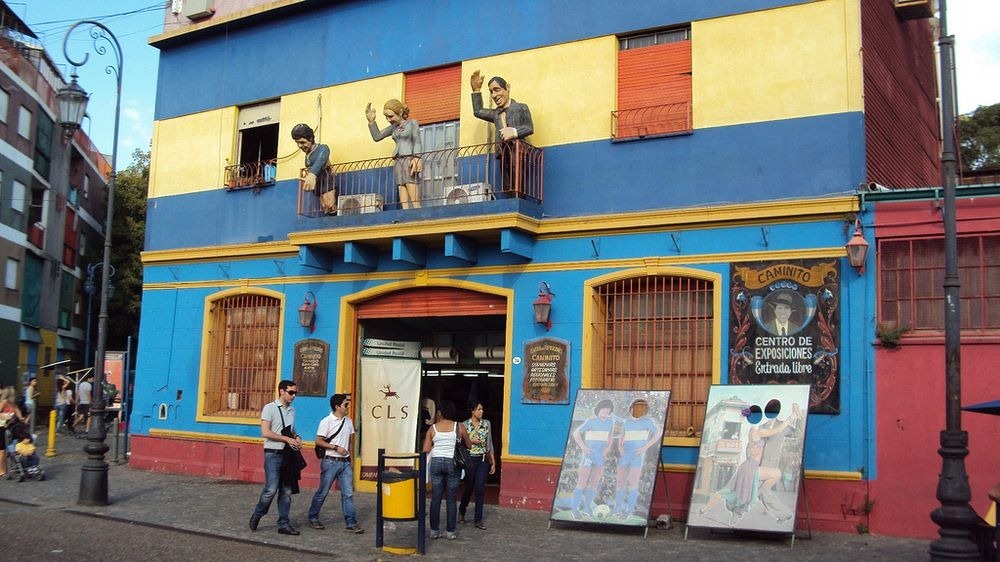 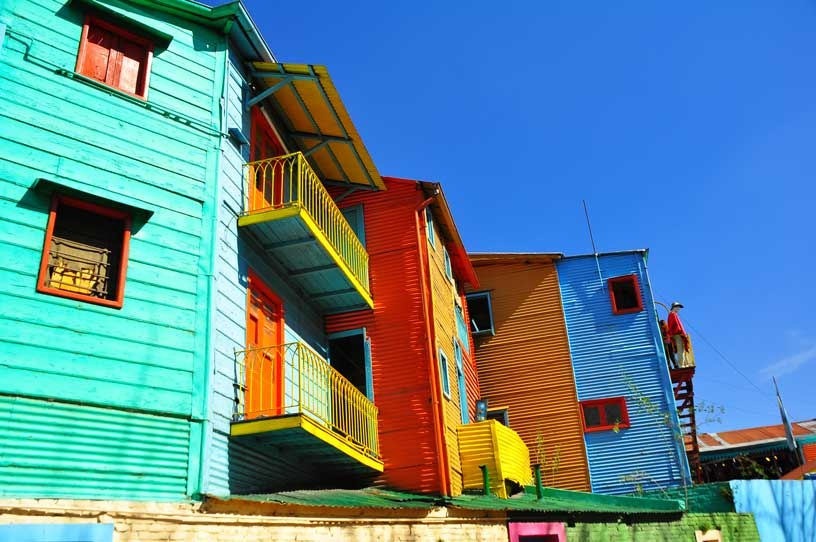 3 thoughts on “La Boca: The Colorful District of Buenos Aires”