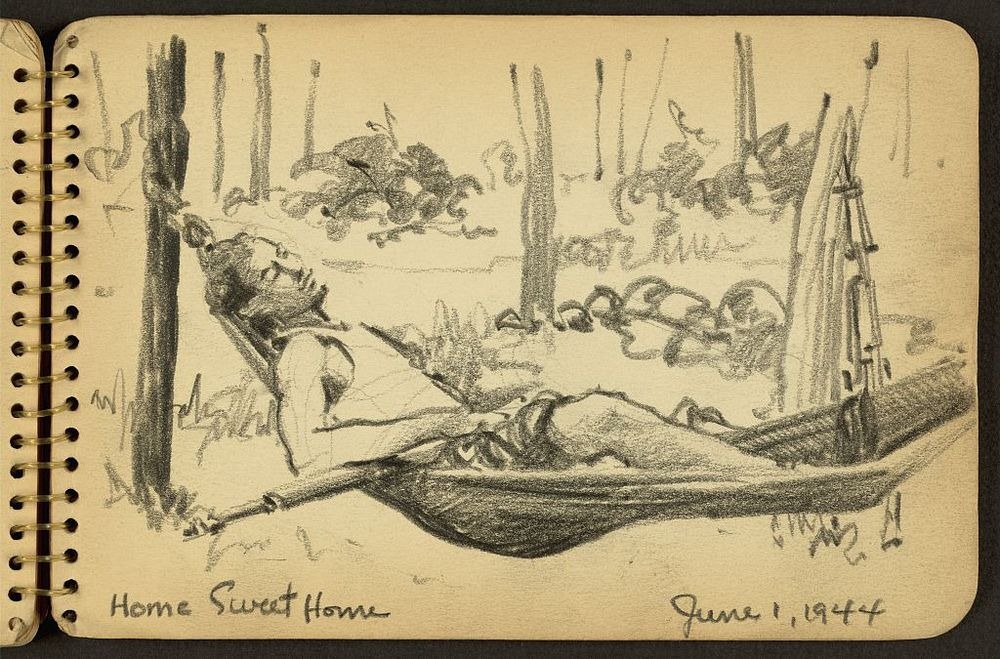 Victor A. Lundy is best known for his modernist architecture — the imposing rectangles of the United States Tax Court Building in Washington, D.C., the angular shapes of the Church of the Resurrection Harlem in New York City, and the mushroom-styled umbrellas around the entrance of the Warm Mineral Springs Motel in Sarasota County, Florida. Born in New York City, Victor Lundy had a keen interest in drawing which he nurtured throughout his childhood.

He eventually attended New York University to study architecture before he was sent off to the frontlines of World War 2. After returning from the war, Lundy graduated from Harvard University and went to Sarasota to make a name for himself. But a part of his life that deserves more than a passing mention are the years he spent serving as a soldier in the U.S. 26th Infantry Division during World War II. 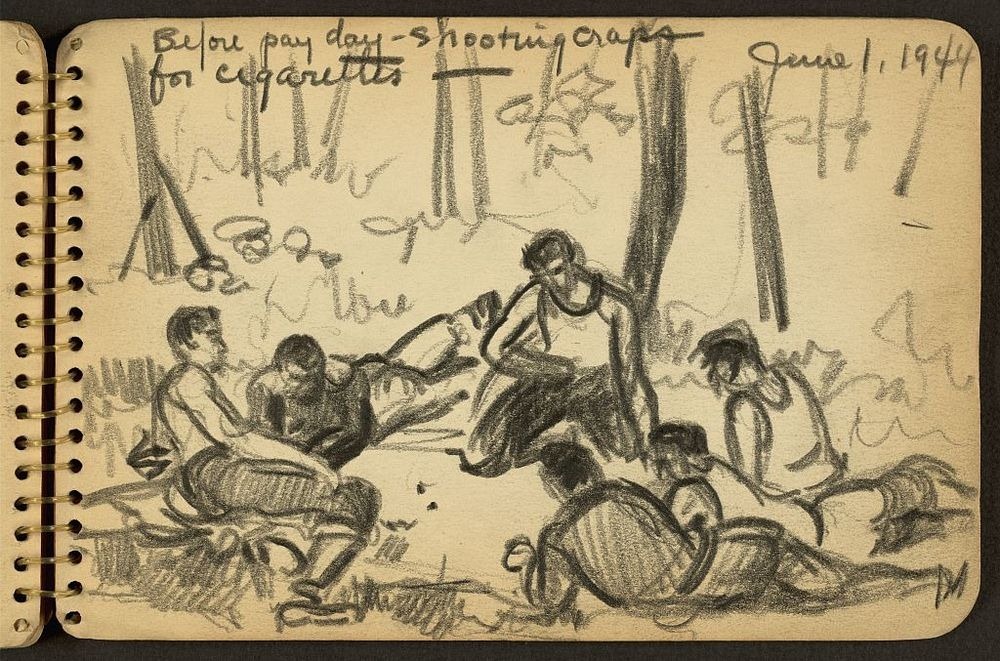 In 1942, Victor A. Lundy was nineteen year old, studying to be an architect in New York University. The war had got him excited, because it provided him an opportunity to rebuild Europe after the war. Eager not to miss the chance, he and other college men enlisted in the Army Special Training Program (ASTP), only to find themselves thrown into the infantry. Lundy was horrified, and later recalled that during his training, he “never listened, I was busy sketching.” But soon, “I sort of took to it. … war experience just hypnotizes young men.” 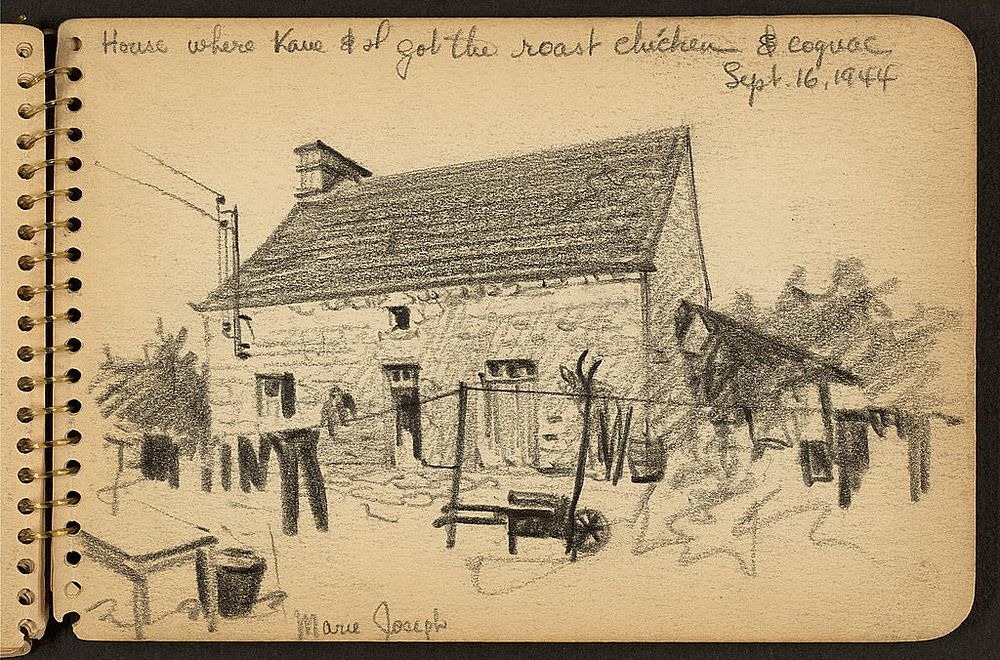 Lundy sketched his way through the war drawing whatever was around him — forced marches, men at rest, and French villages. When a surgeon noticed his sketches while Lundy was getting treated for his war injuries, he was recruited to sketch a new medical procedure the surgeon was developing, allowing Lundy to miss eight dangerous months on the front.

Lundy filled up more than two dozen spiral bound sketchbooks, 3 inches by 5 inches in size, out of which eight have survived. He donated these, containing a total of 158 pencil sketches, to the Library of Congress in 2009. 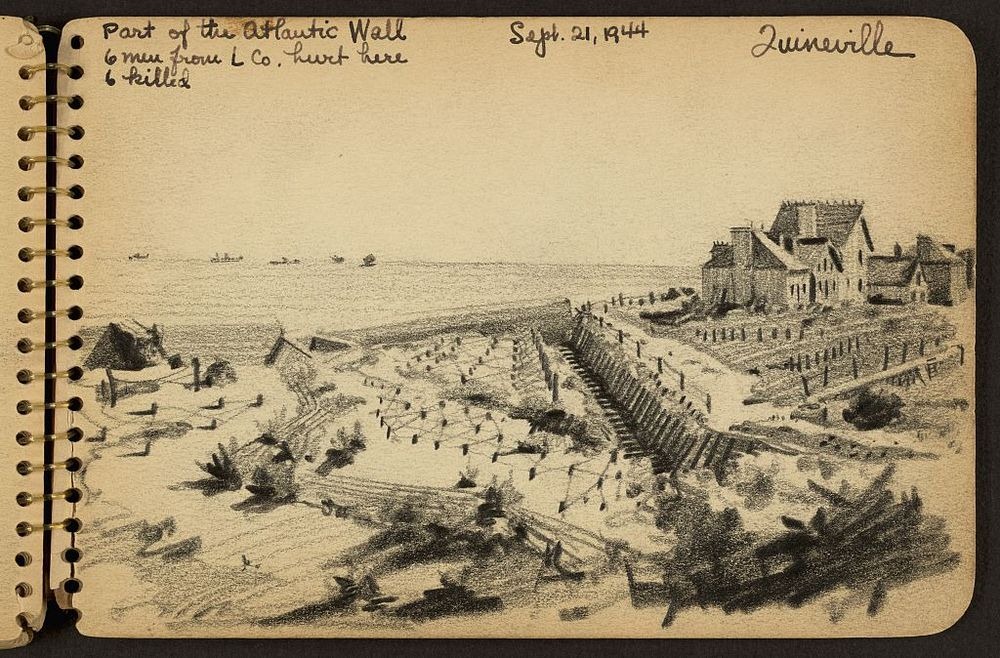 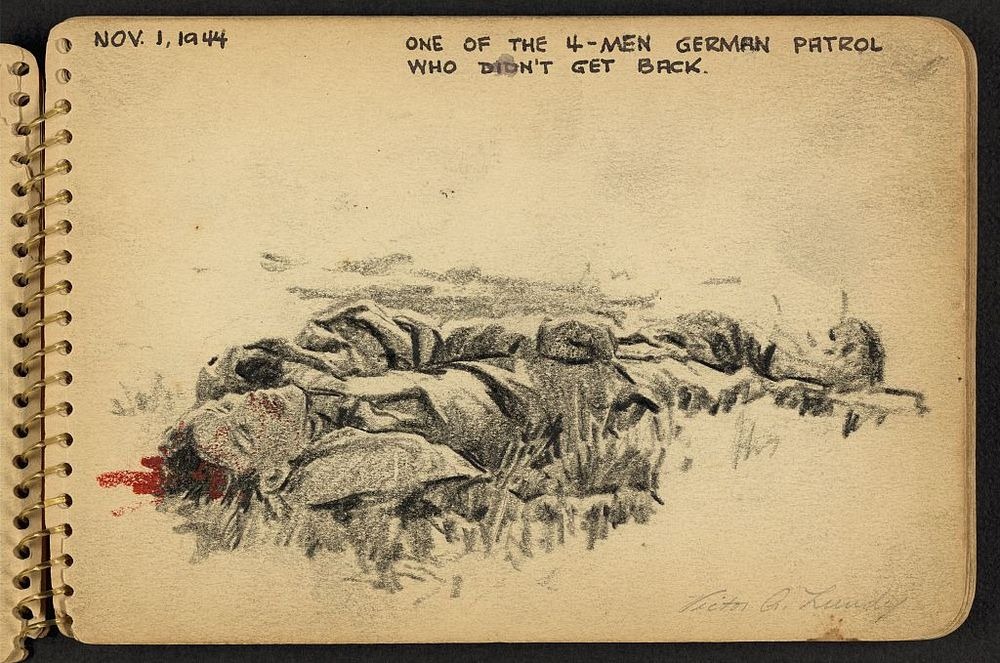 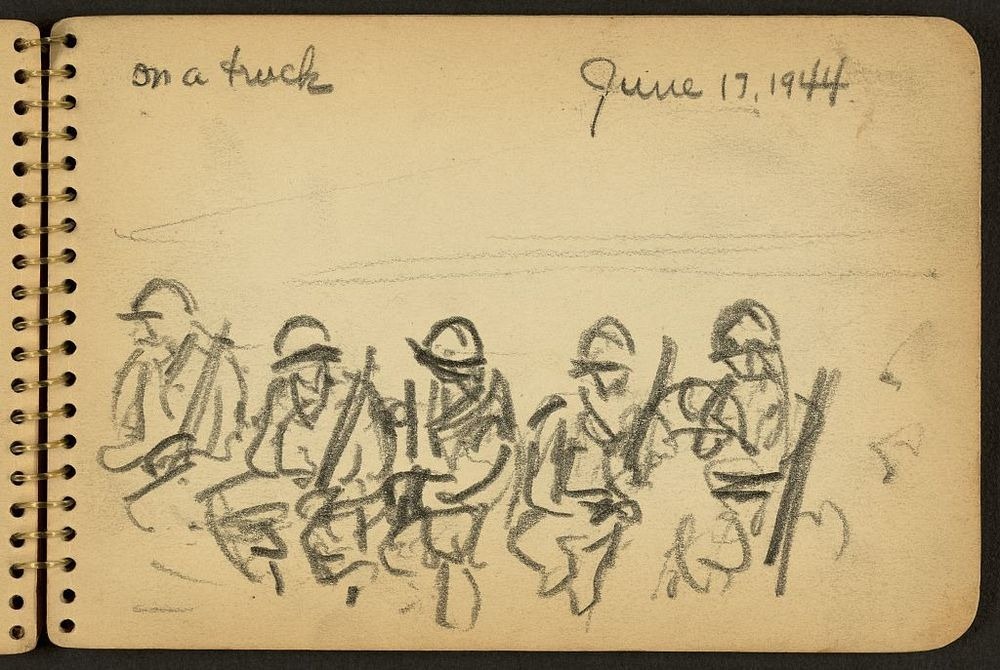 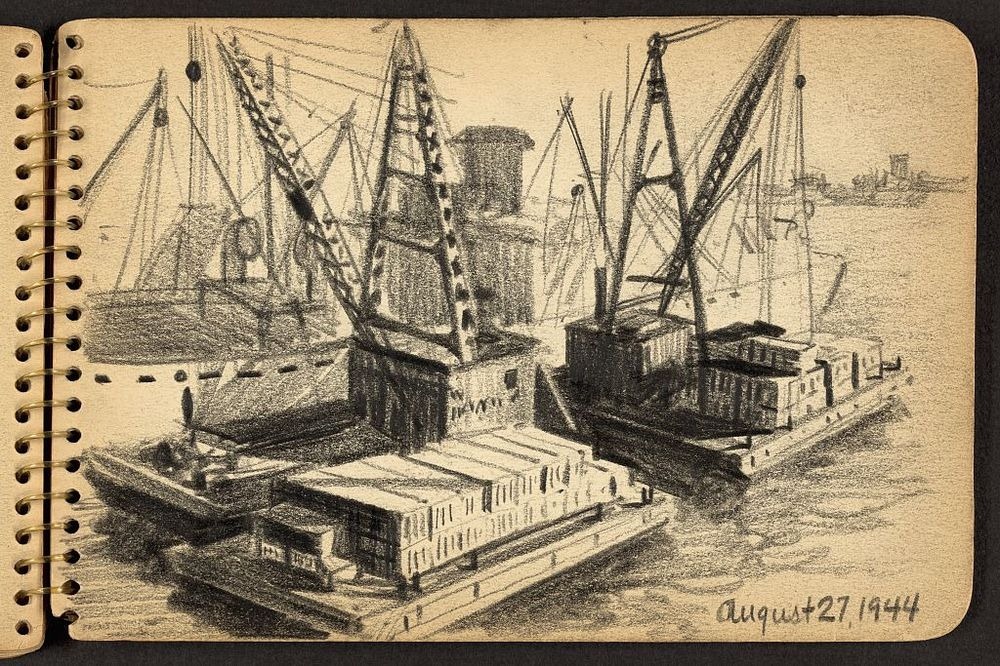 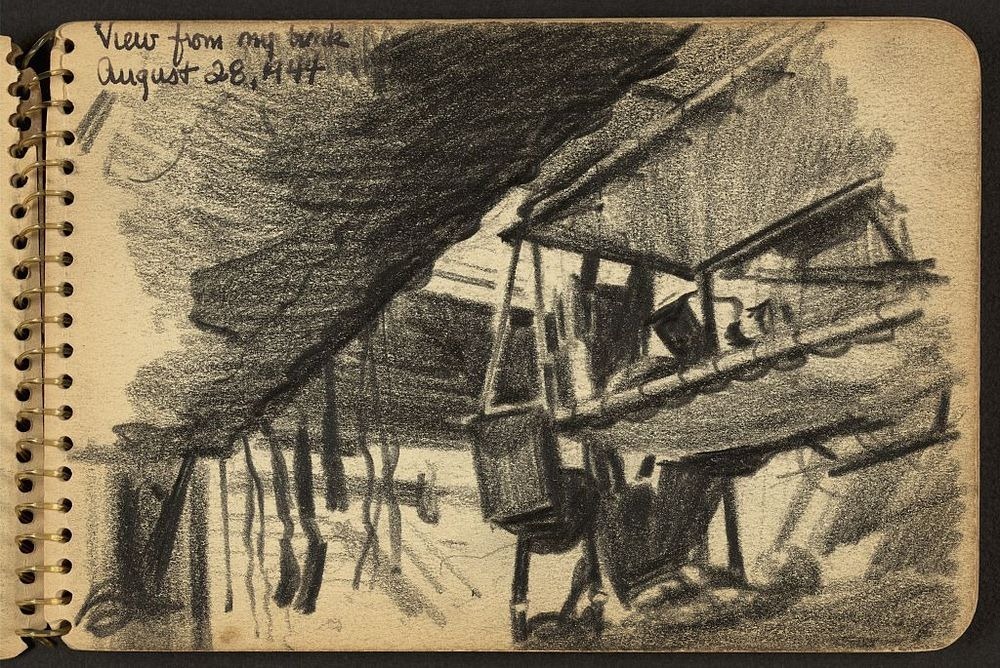 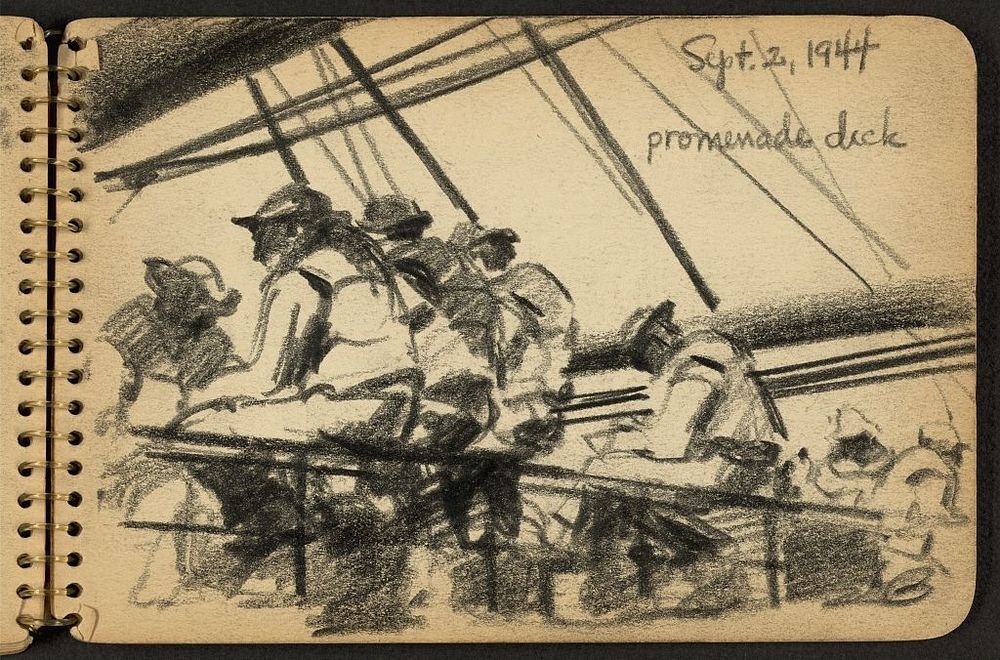 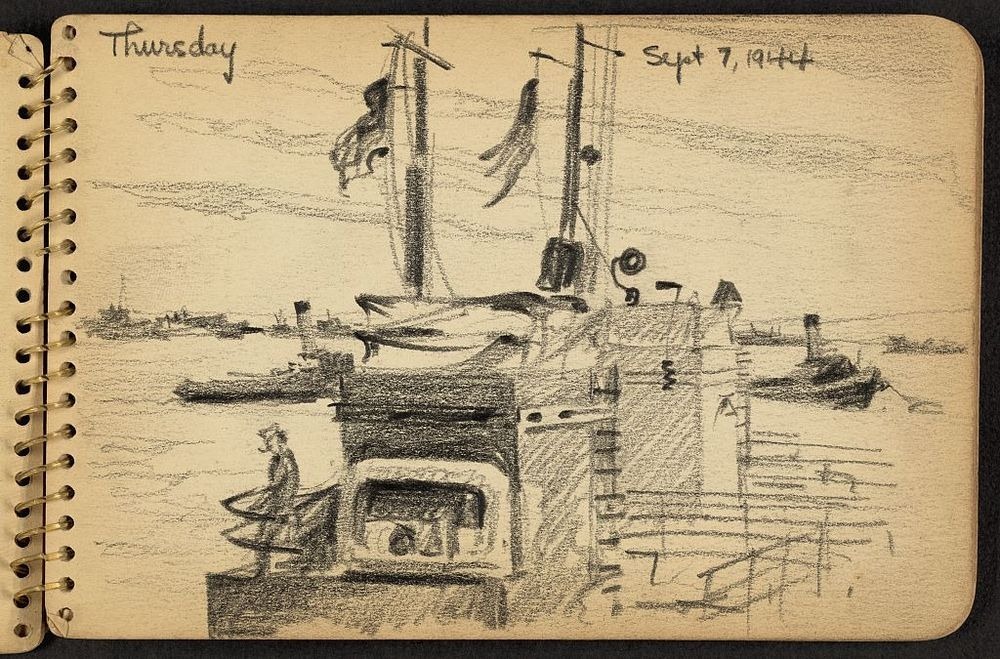 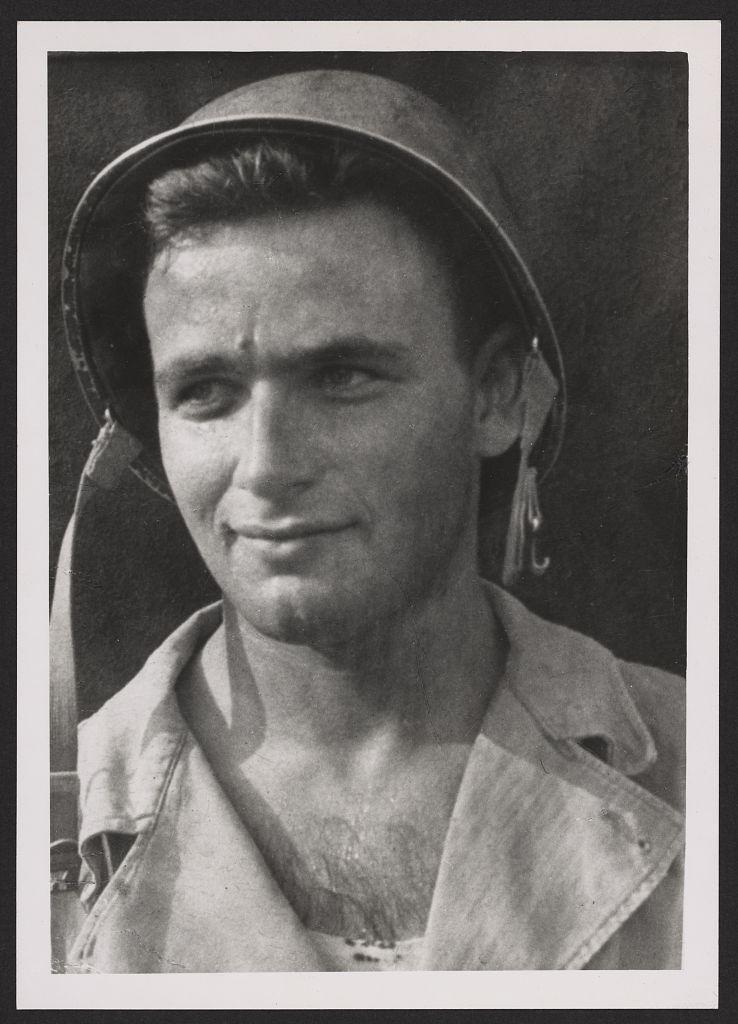