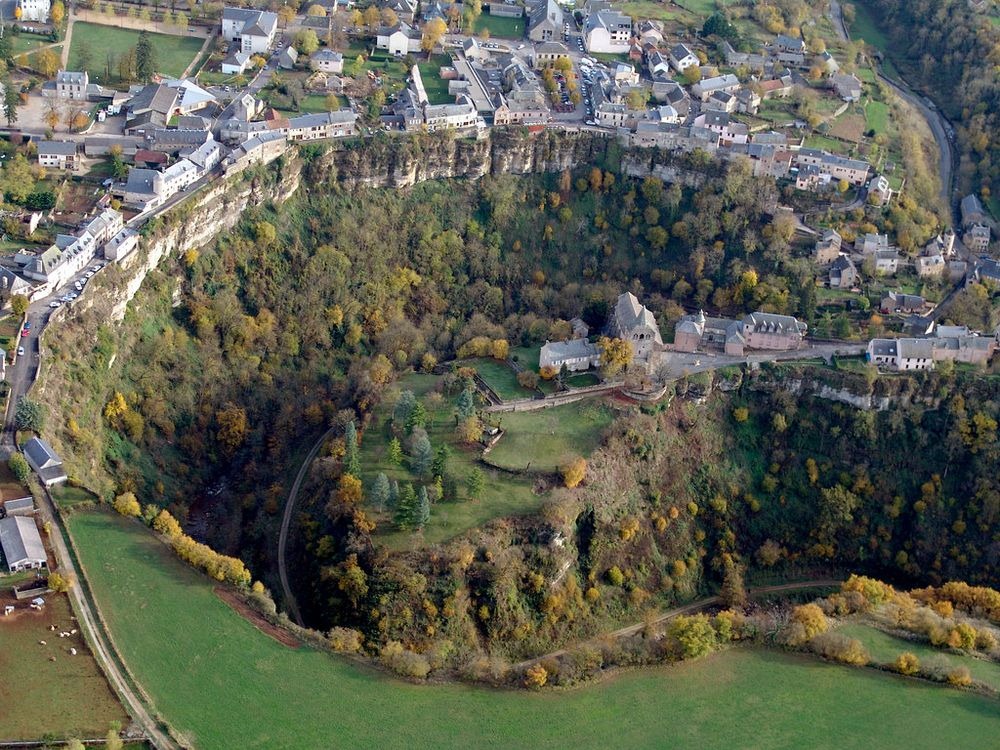 Trou de Bozouls, or “the hole of Bozouls”, is a large horseshoe-shaped canyon located near the commune of Bozouls in the Aveyron department in southern France. The meander was dug out in the limestone by the erosive action of running water of the Dourdou river as it flows through the large limestone plateau of Causse Comtal in Massif Central. 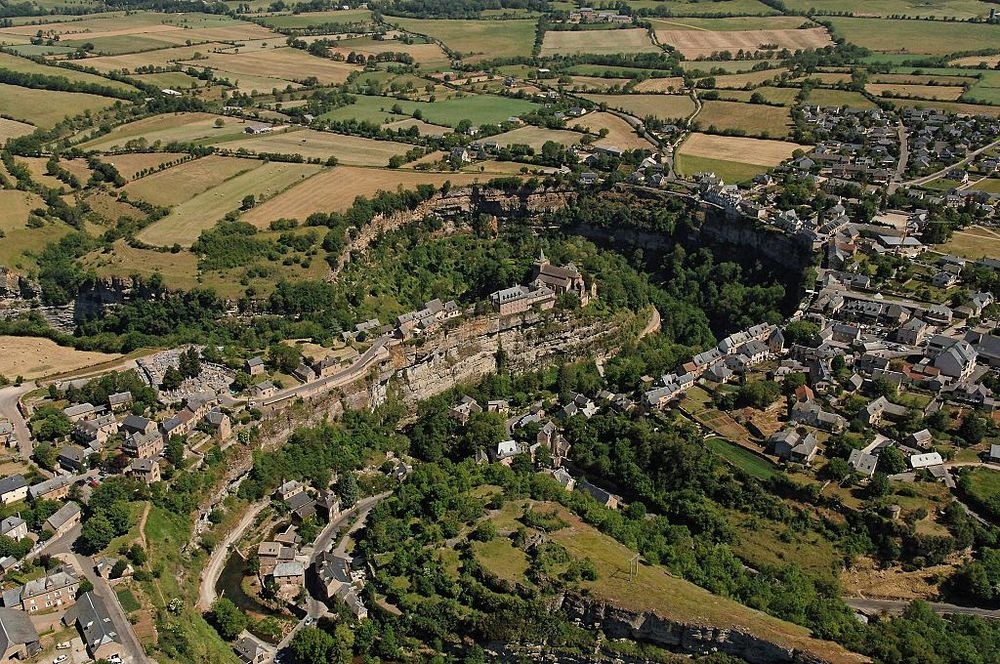 The canyon is 400 meters across and more than 100 meters deep. The most striking feature of this natural monument is the town of Bozouls perched right at the edge of the bend. Bozouls’s geographical location, high above one of the bends of the Dourdou river, gives the town a naturally defensive stronghold. 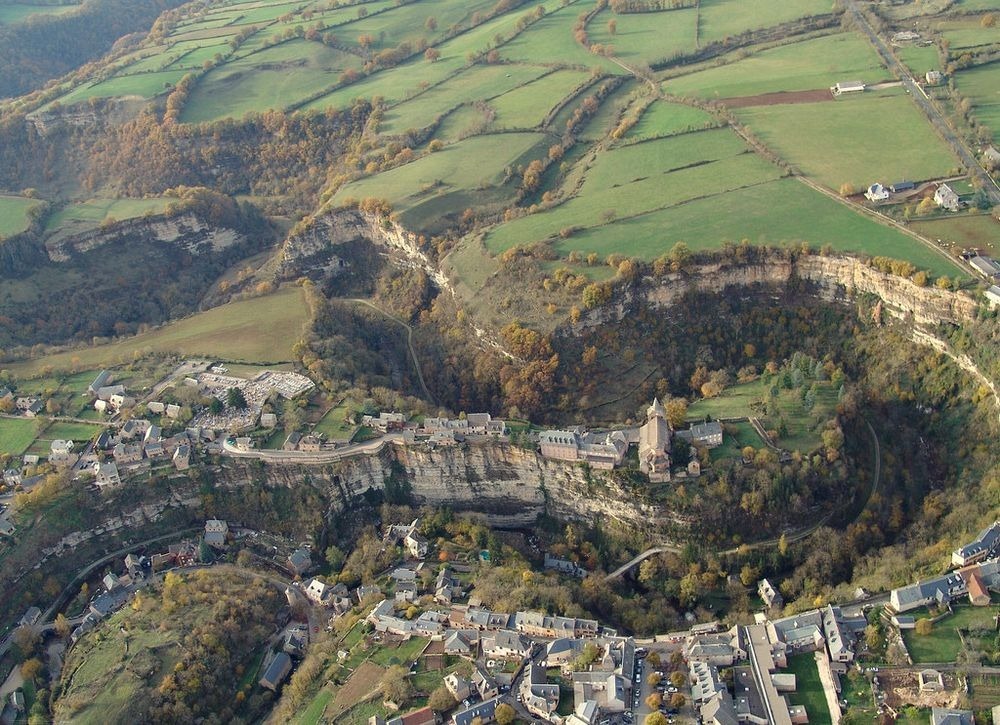 The Massif Central region, consisting of mountains and plateaus, and covering approximately 15 percent of the entire country of France, began forming some 600 million years ago when hercynian folding resulted in the thrusting up of great mountain ranges. New mountains kept forming as recently as 60 million years go. About two million years, a succession of ice ages caused glaciers to advance and recede, causing rivers rise and fall. The landscape that we see today is the result of this. 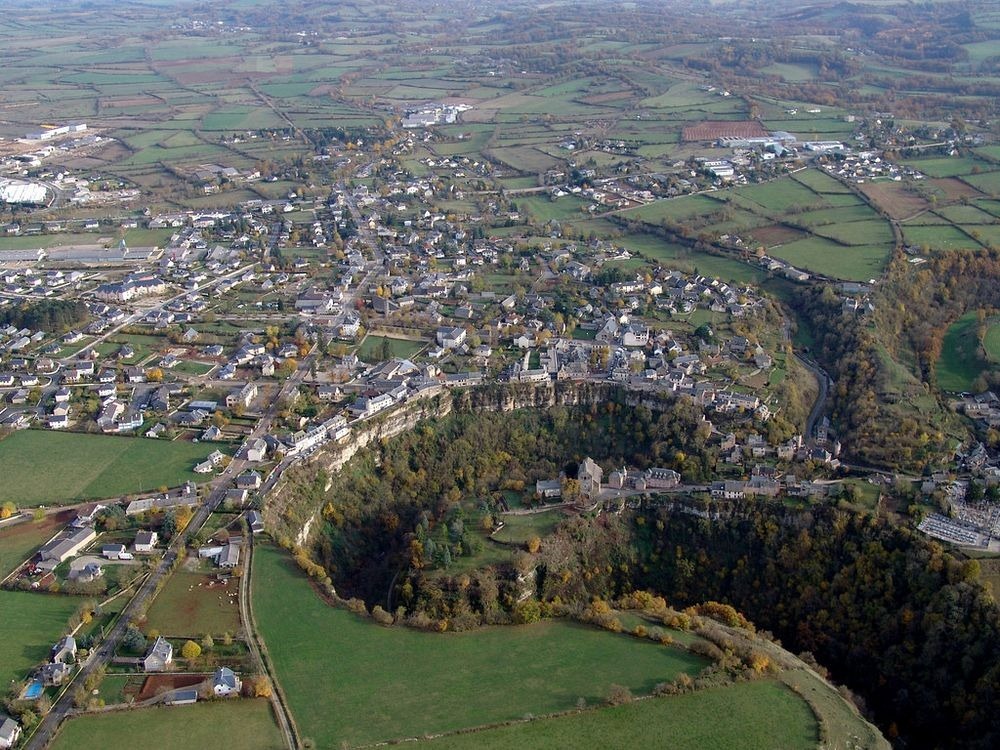 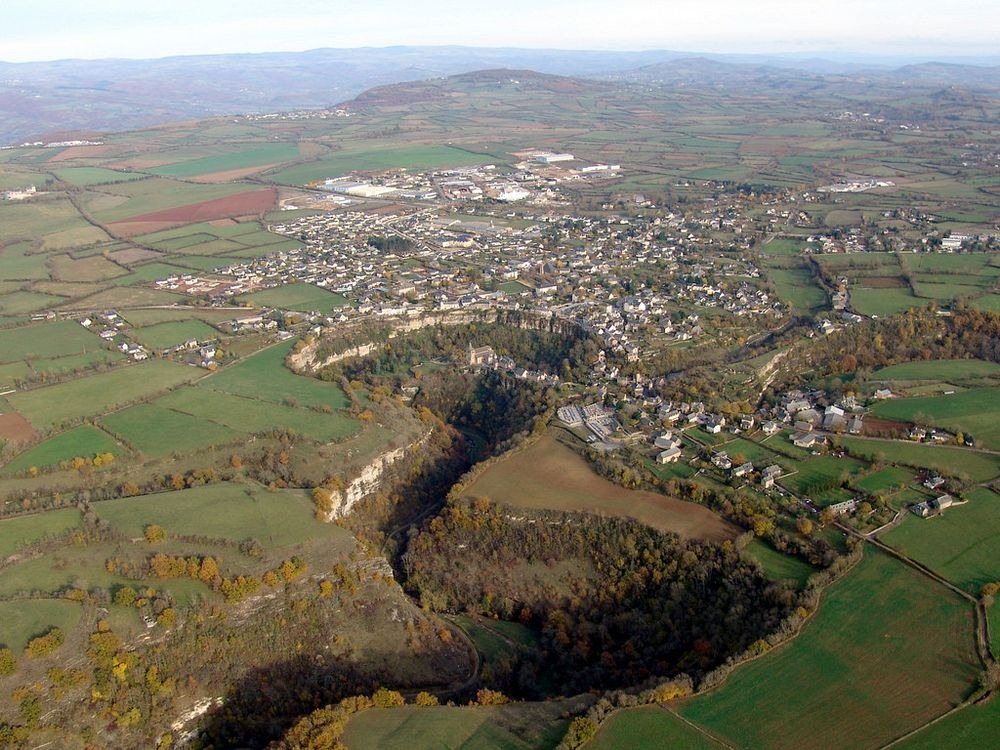 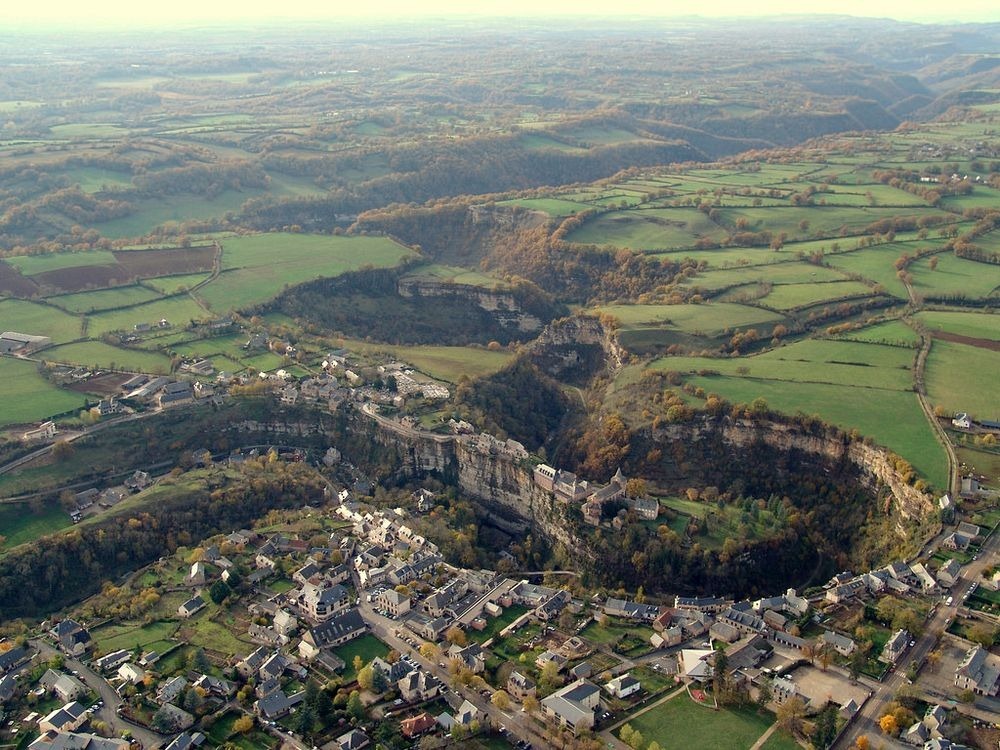 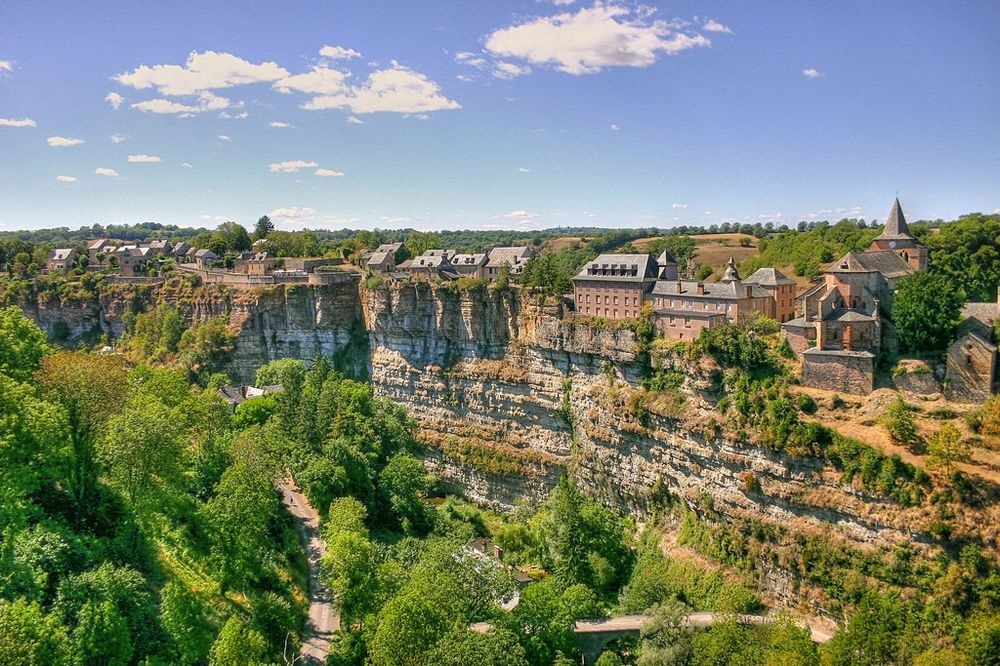 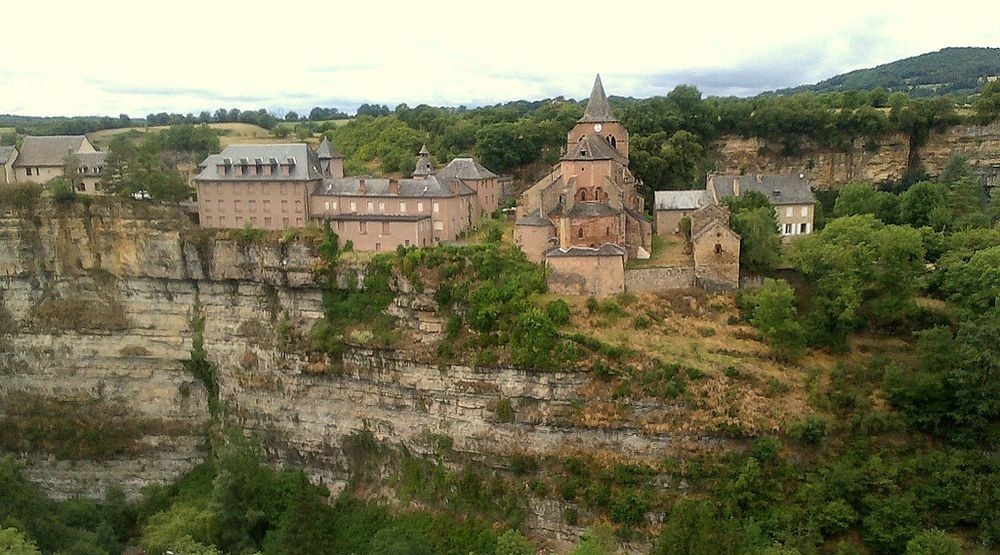 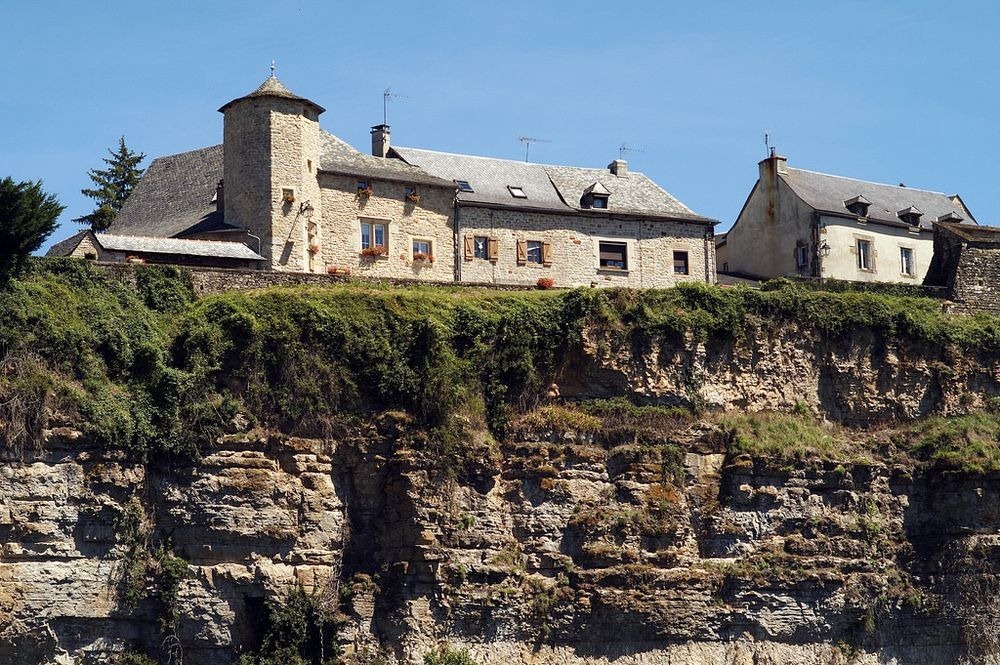 4 thoughts on “Bozouls: A French Town Perched Above a ‘Hole’”