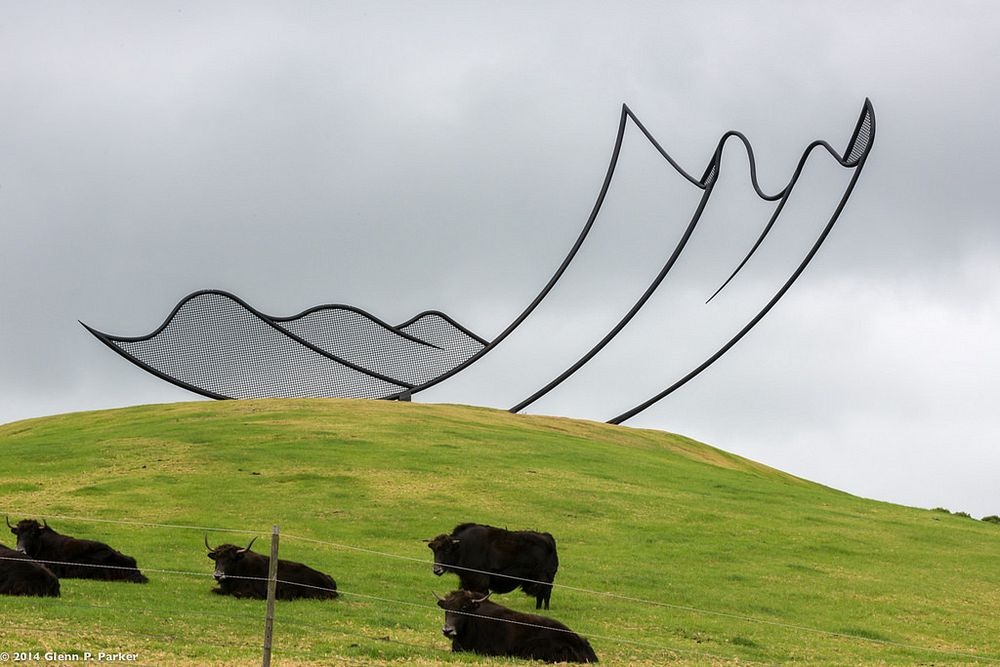 Just north of Auckland, overlooking the expansive Kaipara Harbour, is the private park of New Zealand businessman, entrepreneur and avid art collector Alan Gibbs. After purchasing the 400-hectare property of mostly hilly terrain in 1991, Gibbs invited the world’s most sought-after artists and asked them to decorate the park. Today, the Gibbs Farm is one of the world’s leading sculpture parks with contributions from internationally renowned sculptors such as Richard Serra, Anish Kapoor, Bernar Venet, and Leon van den Eijkel, to name a few.

One of the most favorite piece called “Horizons” is the work of Christchurch-based artist Neil Dawson. Horizons looks like a sketch of a curved piece of corrugated iron, settled on a hilltop and blowing in the wind. From the distance, the sculpture looks three-dimensional but is actually a one-dimensional piece. Other popular exhibits include a huge megaphone-like red structure by Anish Kapoor, a meandering steel wall by Richard Serra and a series of colorful concrete cubes by Leon van den Eijkel. 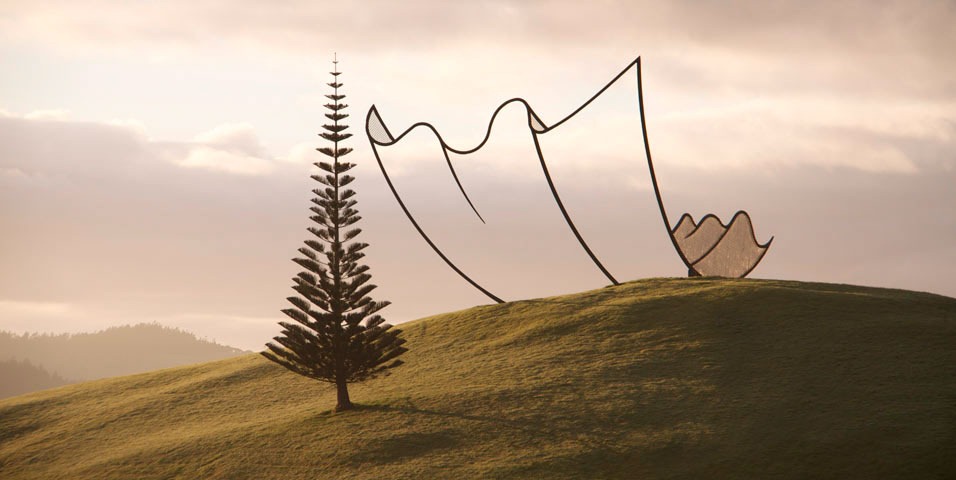 Most of the collection here are commissioned, and not bought from an exhibition. Commissioning new works rather than buying from an exhibition involves the satisfaction of dealing with the artists, says Gibbs. In his words, “they’re interesting because they’re winners, tough, ambitious”.

Often, the sheer scale of the landscape and the challenge of creating something that either blends or contrast with the immense surrounding “scared them initially.”

Unfortunately, Gibbs Farm is private and is only open to the public by appointment. 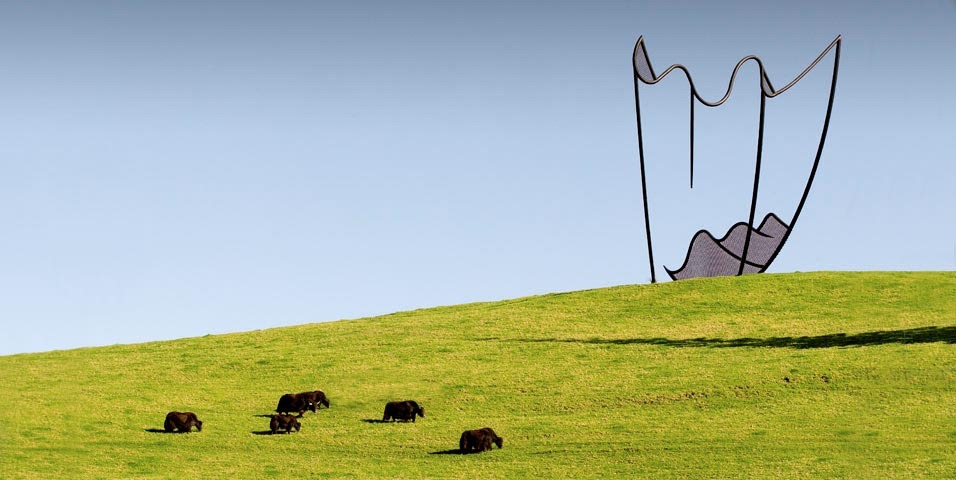 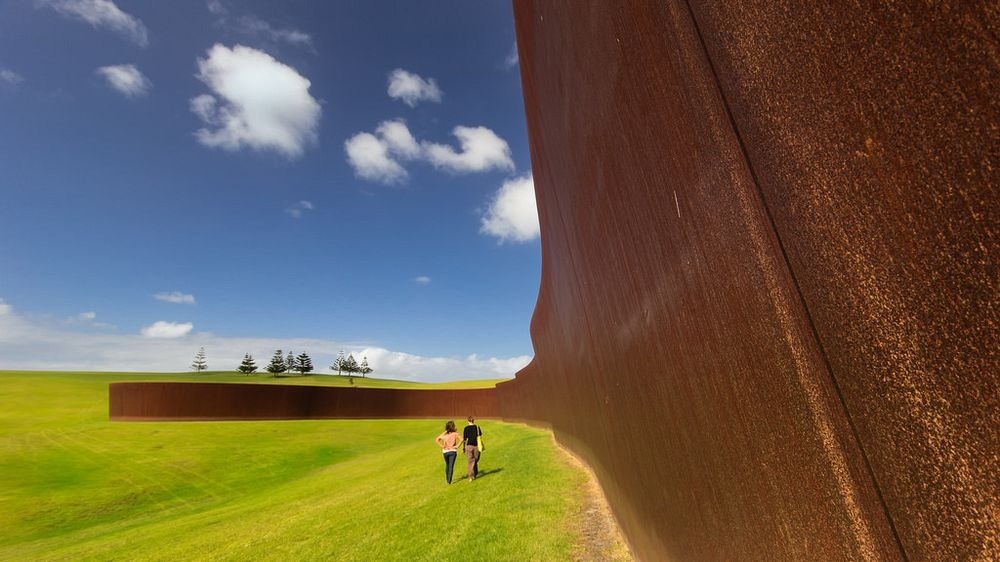 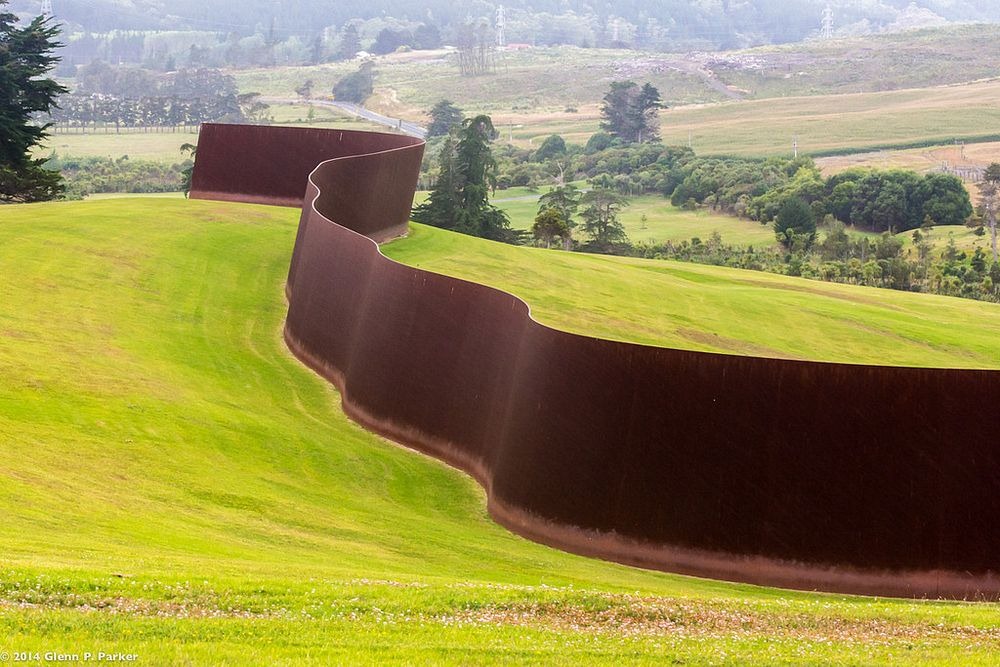 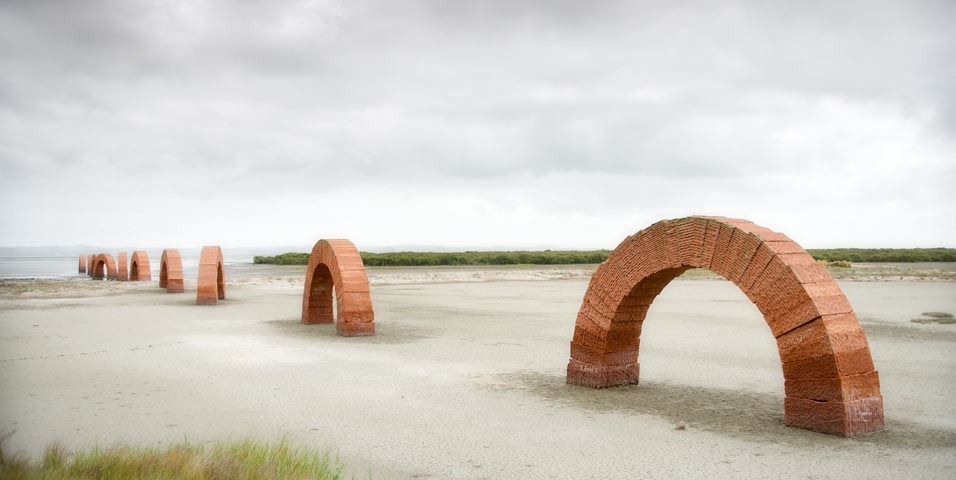 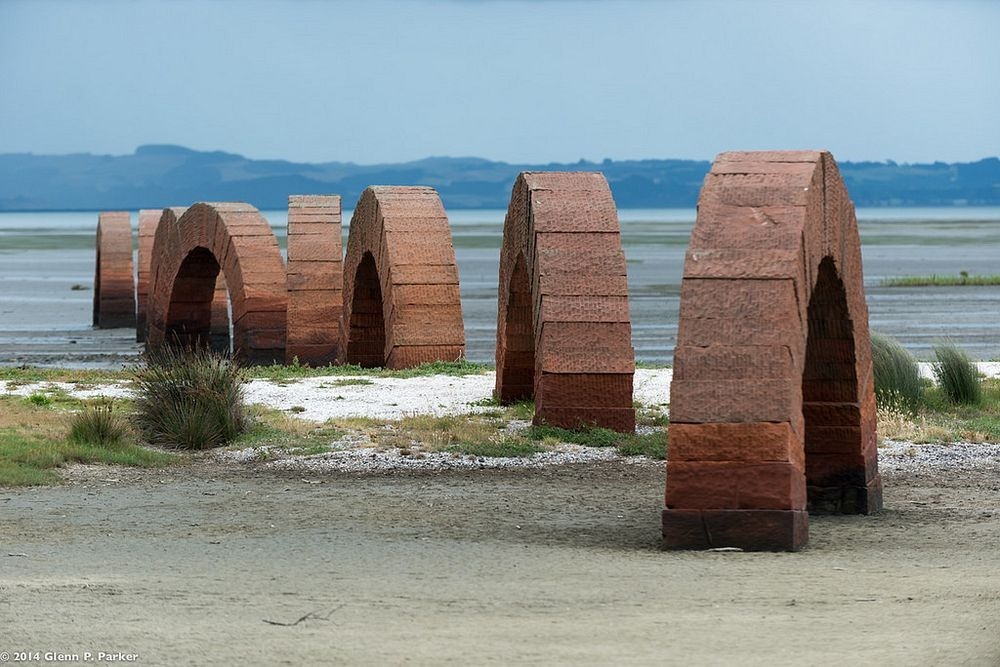 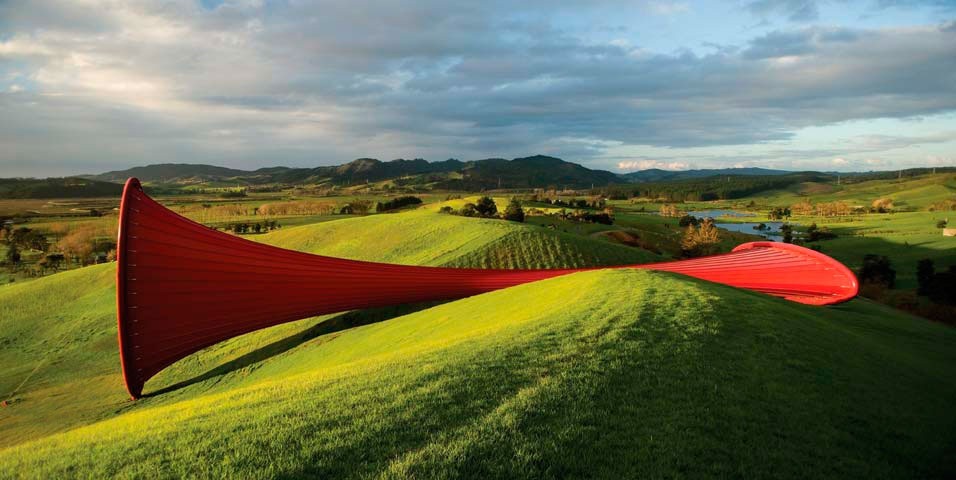 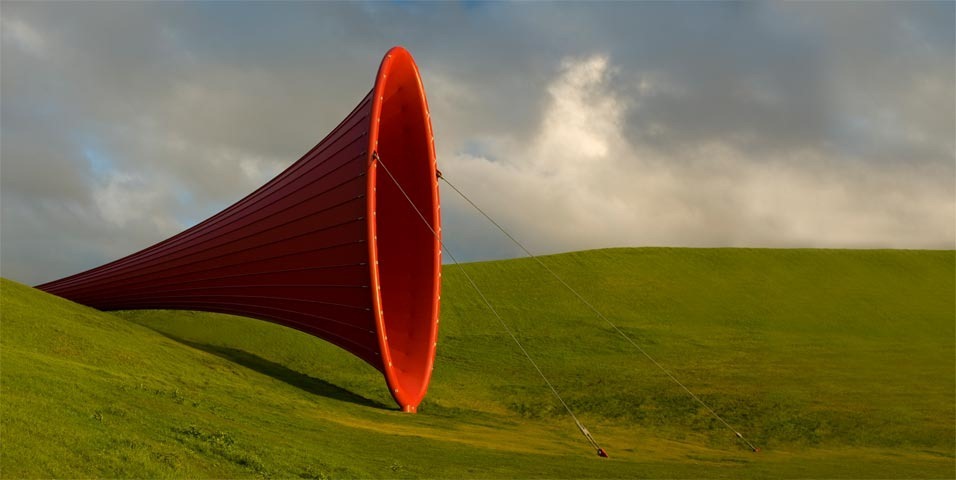 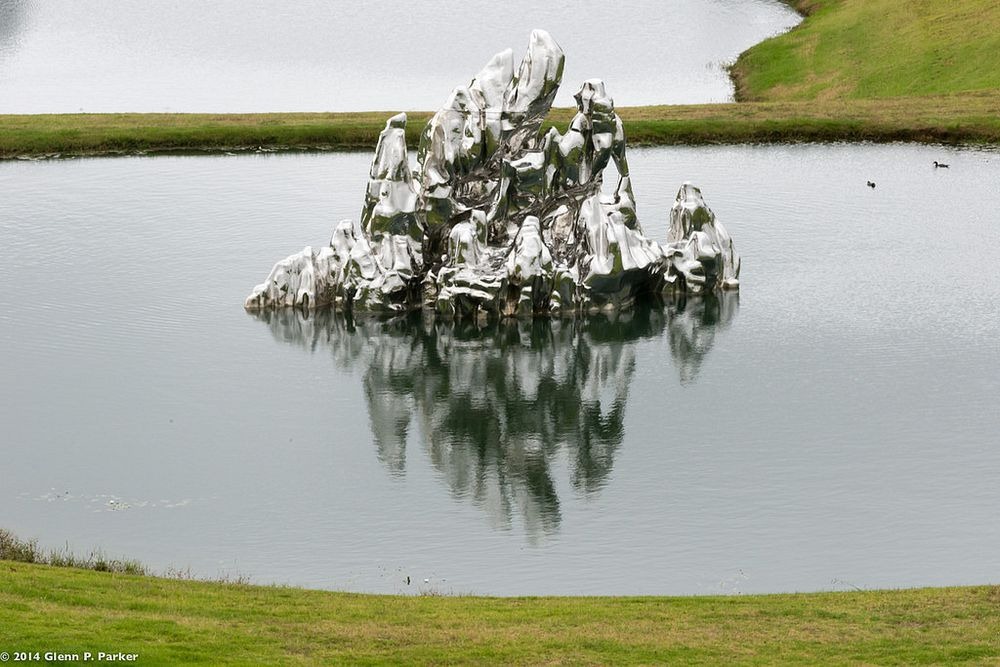 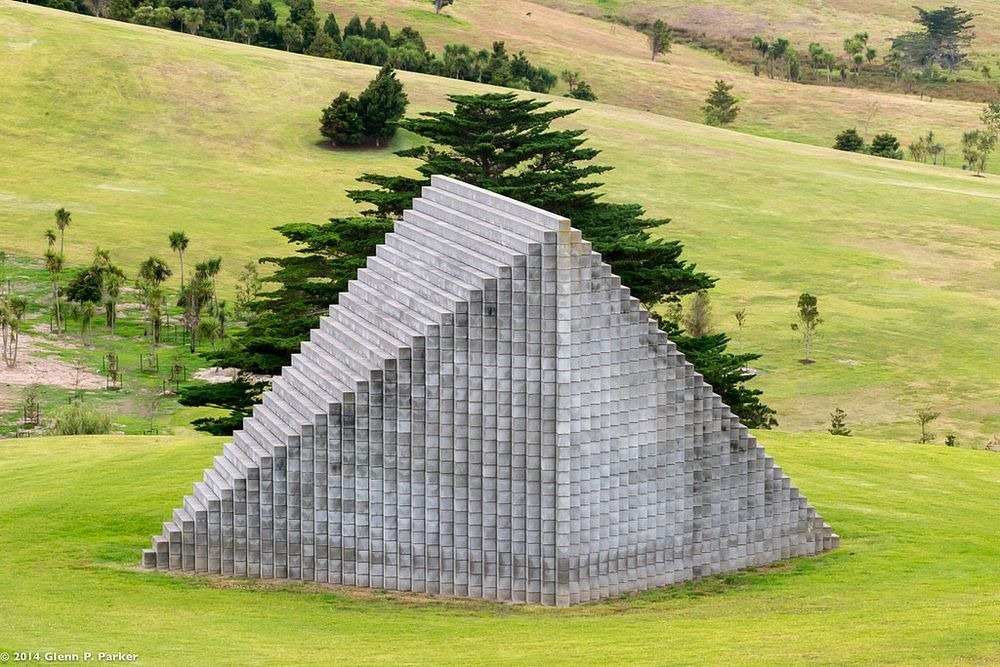 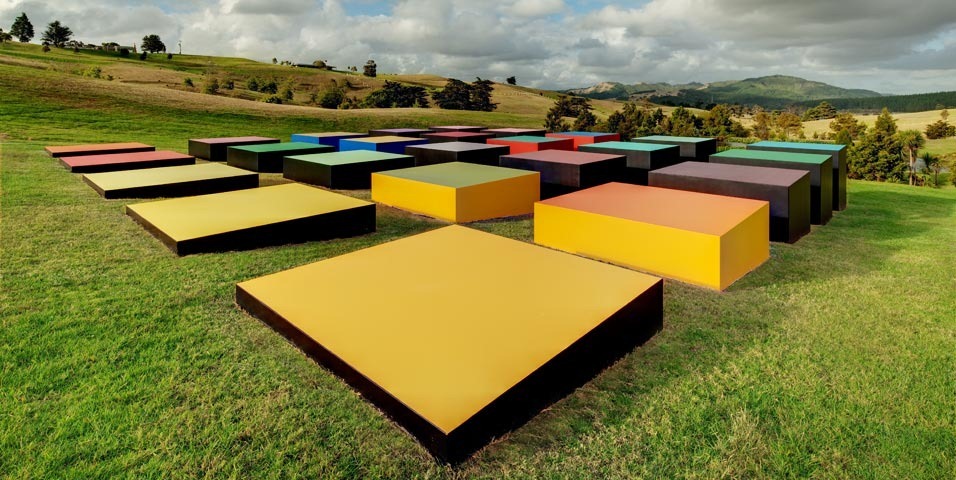 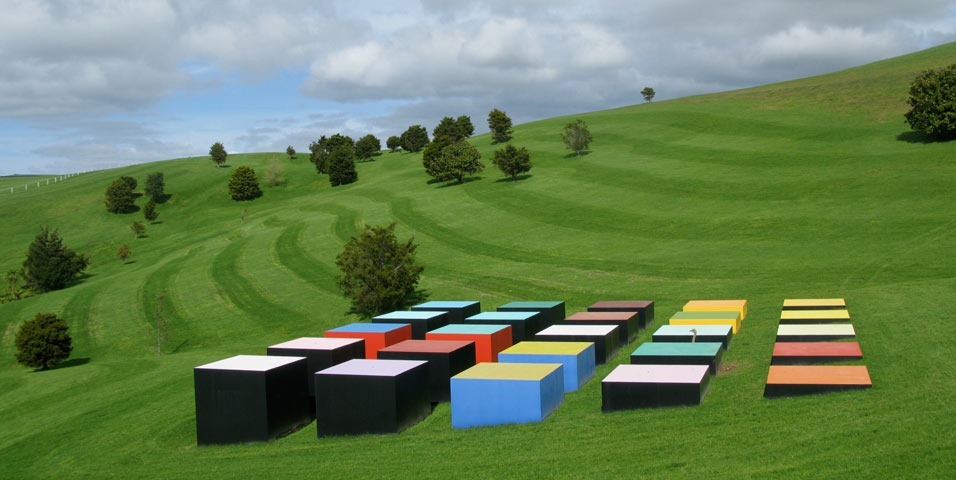 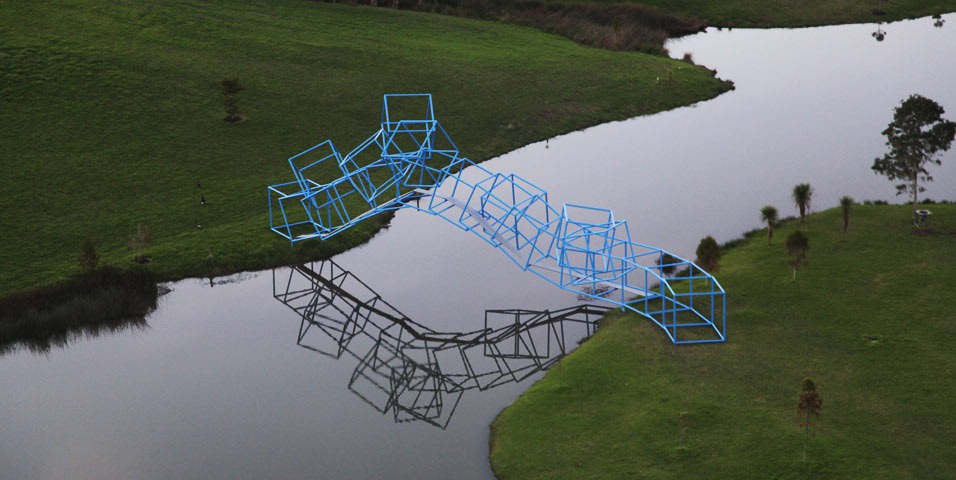