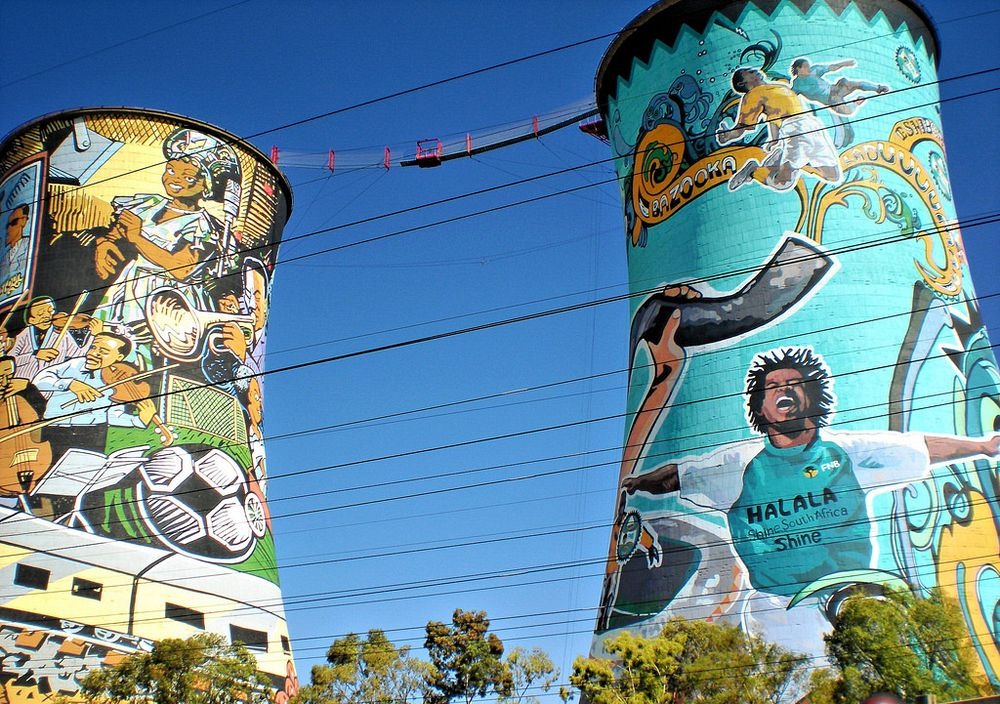 In Orlando township in the urban area of Soweto, in the city of Johannesburg, South Africa, stands two cooling towers of the decommissioned Orlando Power Station. Visible from miles around, the 100-meter tall twin towers have been an iconic landmark of Soweto for the past seventy years.

After the Orlando Power Station was decommissioned in 1998, the two unsightly cooling towers stood unused for 10 years before they were transformed into a center for bungee jumping and adventure sports. One of the brightly painted towers now sport the largest mural painting in South Africa, depicting scenes and images from township culture. The other functions as a advertisement billboard for South Africa’s FNB bank. 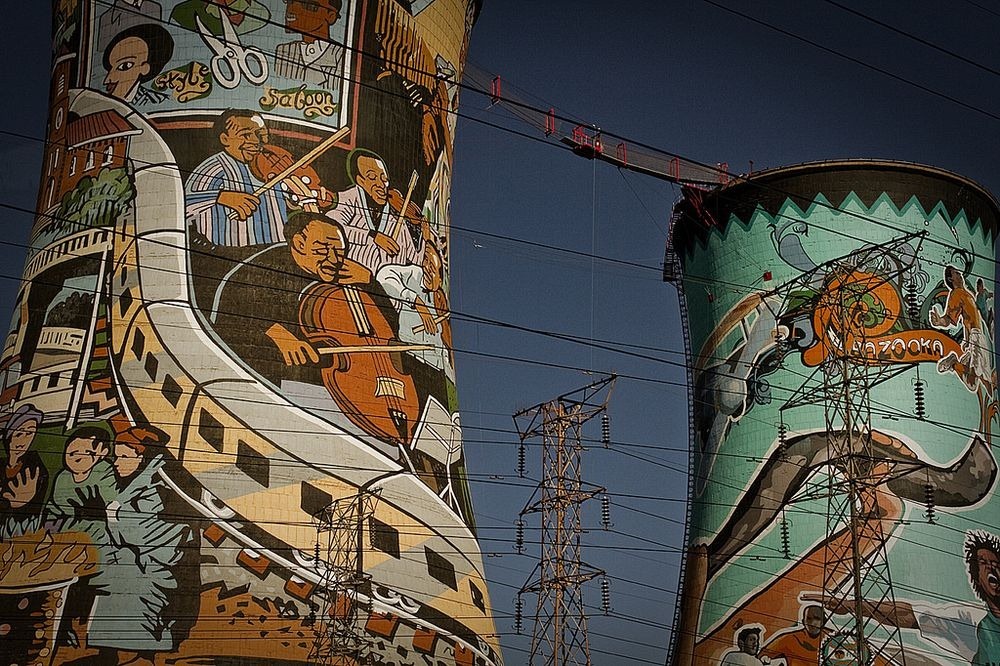 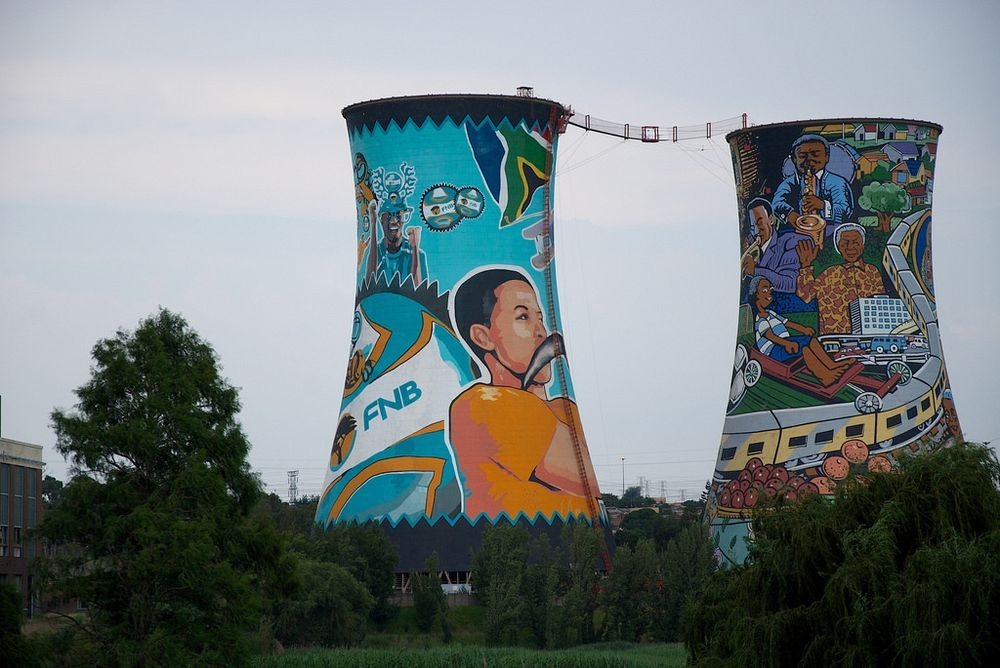 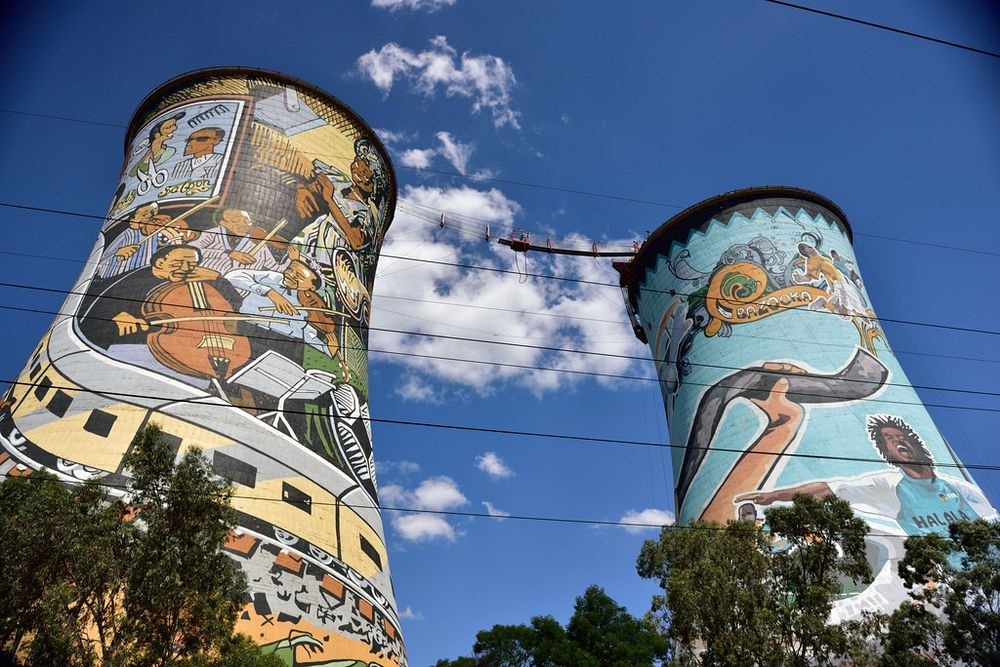 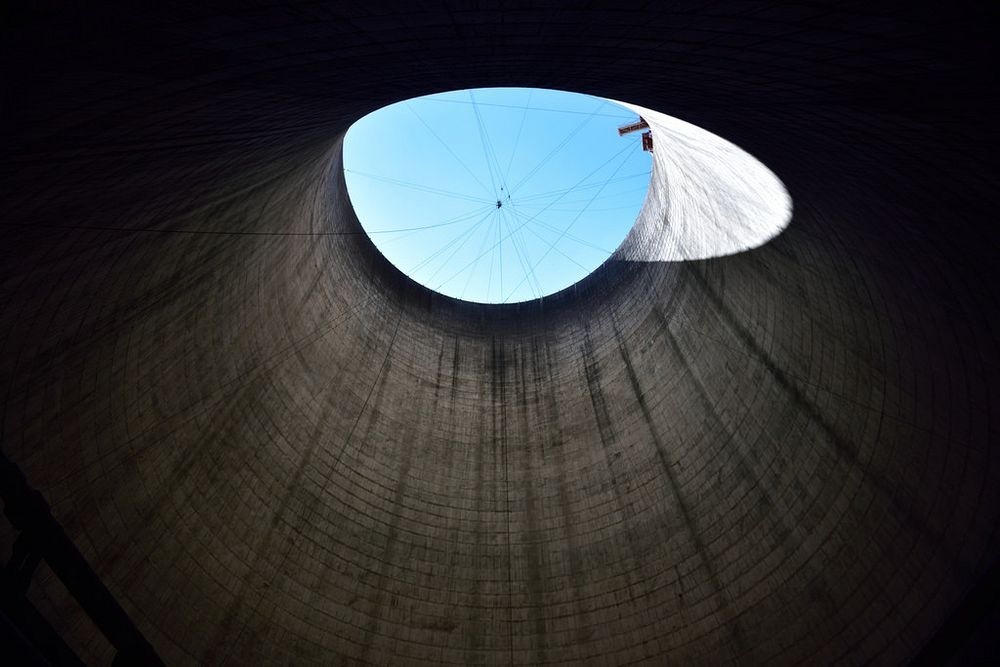