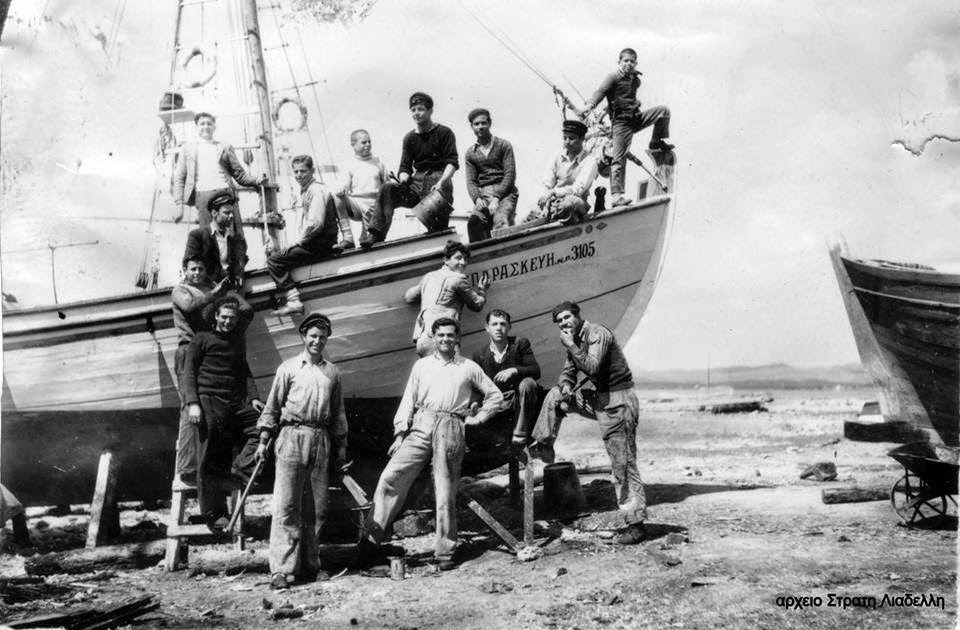 Most sponge that we use today are synthetic, but in the old days sponge was collected from the sea bed. Some of the finest-quality sea sponge, a jelly-like marine creature with a body full of pores, can be found in the warm waters of southeastern Mediterranean. The ancient Greeks knew about these animals and their usefulness in scrubbing and cleaning purposes, and for maintaining personal hygiene. Sponge was also used for padding helmets and for filtering water.

The entire Greek sponge industry was centered on a string of islands in the Aegean Sea, called the Dodecanese Islands. For generations, young men and their fathers and their forefathers earned their living by diving for sponges. Traditionally, the sponge was gathered from the ocean floor by ‘skin diving’, or free diving without clothes and without using any breathing apparatus. Sponge divers would dive to the bottom of the sea on just a single breath of air, weighing their body down by a piece of flat stone that weighed up to 15 kg. The heavy stone would drag the naked bodies quickly to the bottom. The presence of sponge on the dive site would have been already verified by the crew above using a cylindrical viewing pipe with a glass bottom. Once the diver reaches the floor, he would cut loose as many sponges as he could and stuff them into a mesh bag. A skilled diver could dive up to depths of 30 meters and stay under water for 3 to 5 minutes. 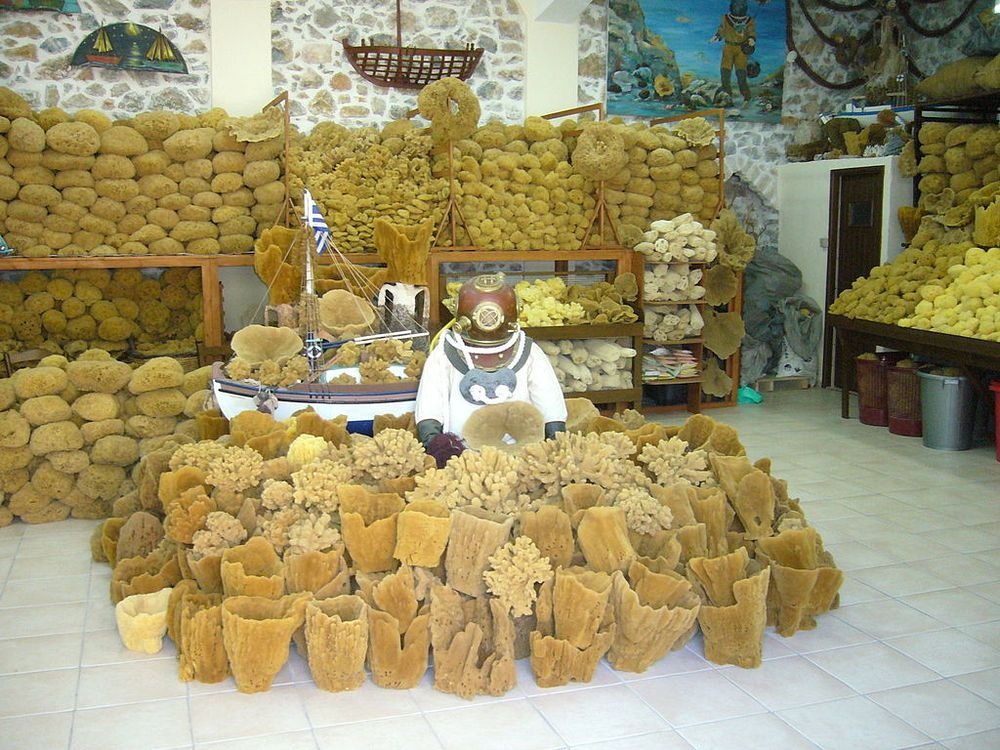 In the middle of the 19th century, sponge diving was revolutionized by the invention of the diving suit, or “skafandro”, as the Greeks called it. The divers wore a suit made of rubber and breathed through an air hose that supplied him oxygen from the boat above. This allowed the sponge divers to venture deeper into the ocean and stay down for longer periods of time, and thus collect more sponge. Productivity increased a hundredfold, bringing enormous wealth to the islanders.

But the diving suit also brought a dramatic change in the physiology of diving. Rather than taking one deep breath, the diver now breathed compressed air, that dissolved more easily in blood due to increased pressure in the depths. When the diver rose too quickly from the sea bed, which he often did, the dissolved gases formed bubbles inside the body producing a painful condition known as decompression sickness or ‘the bends’. The lucky ones got away with joint pains and headache, but some became paralyzed for life. Many collapsed and died.

With no knowledge of decompression sickness or dive tables, the casualties mounted up quickly. Between 1866 and 1895, on the island of Kalymnos alone, 800 young men died of the bends and 200 more were paralyzed. The deaths and the paralysis shattered the families of Kalymnos. Every household on the island had at least one sufferer. 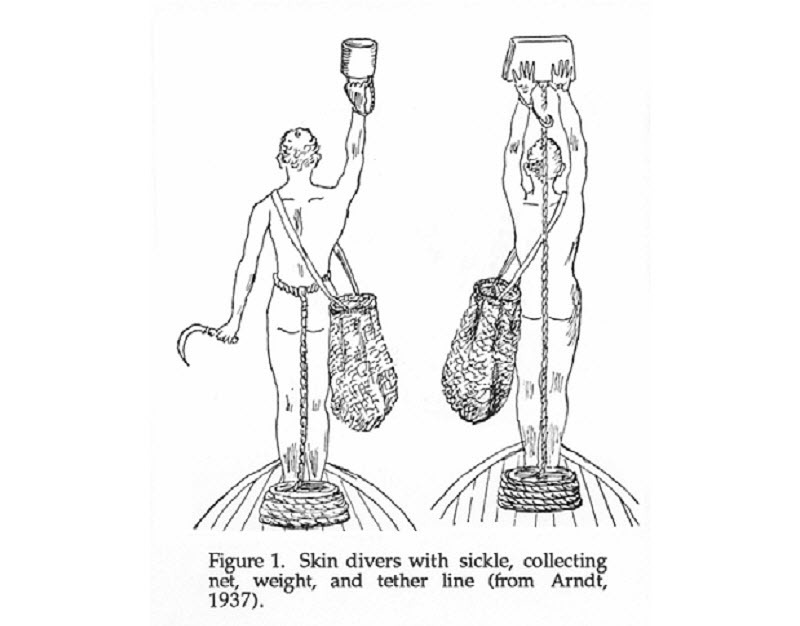 Eventually, at the request of the grief-stricken women of Kalymnos, the Ottoman empire forbade the use of the diving suit in 1882. The divers had to go skin diving again, and profits dropped causing concern among the men. After a few years, the diving suit was back, and so were the decompression accidents.

Today, one can still see some sponge diving action, with modern diving gear, on the Greek island of Kalymnos. In the capital of Kalymnos, Pothia, there are a number of workshops where natural sponges are cut and sold. There is also a museum where you can see some old diving suits and other displays on sponge diving. 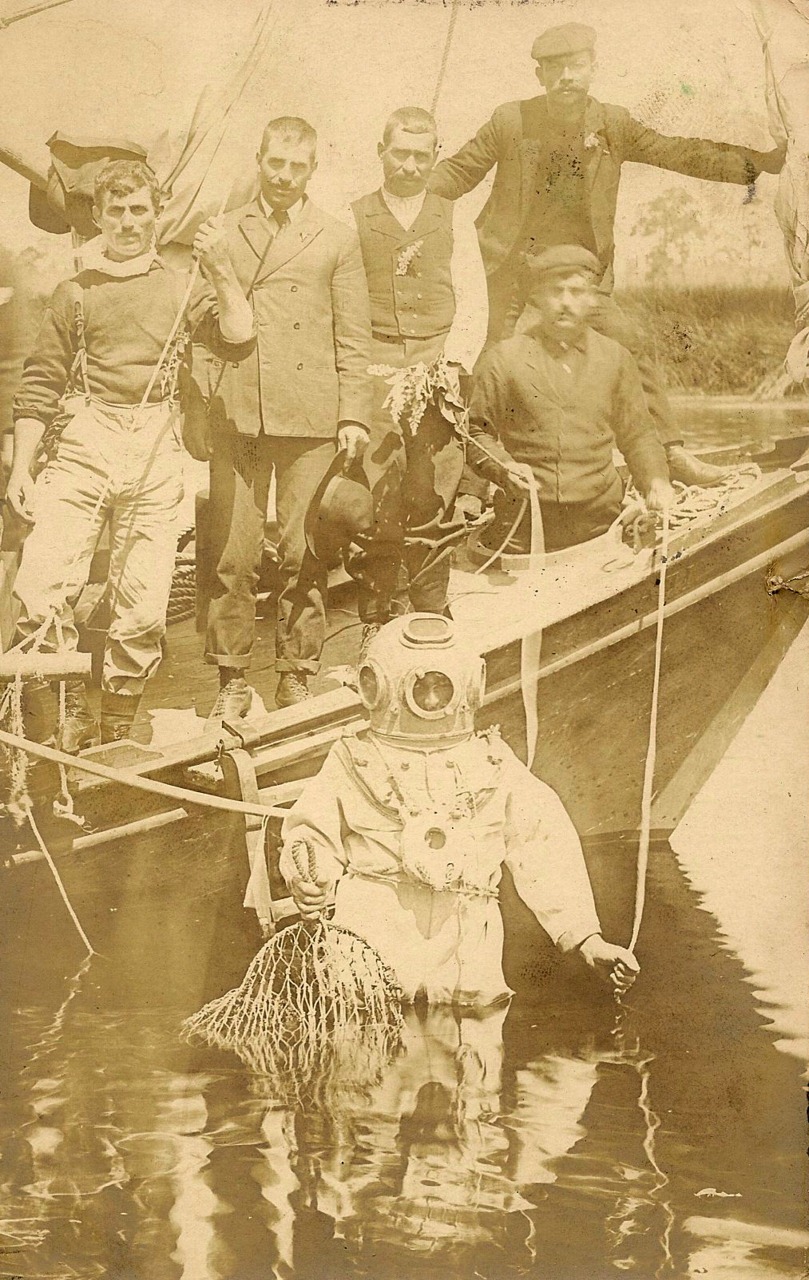 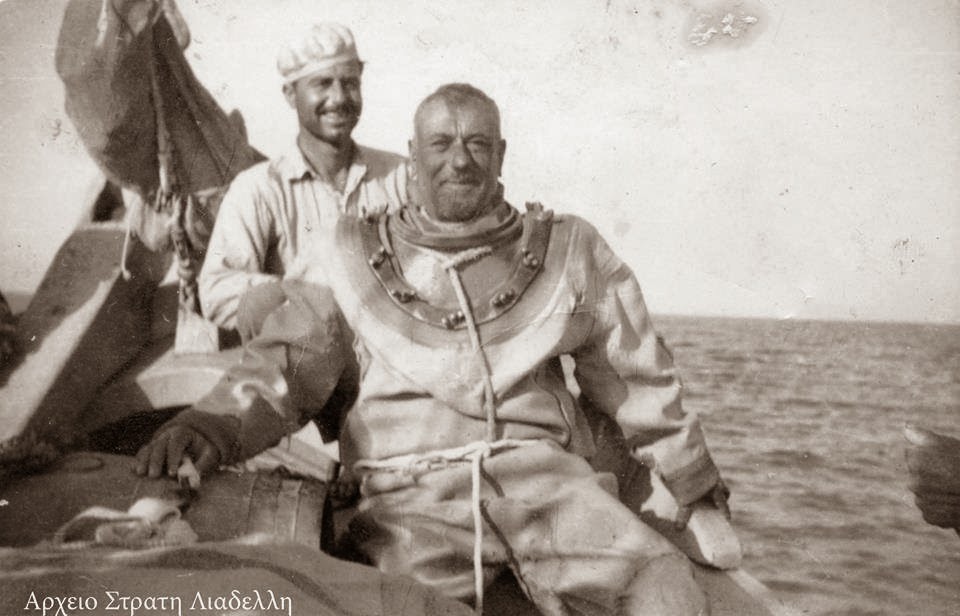 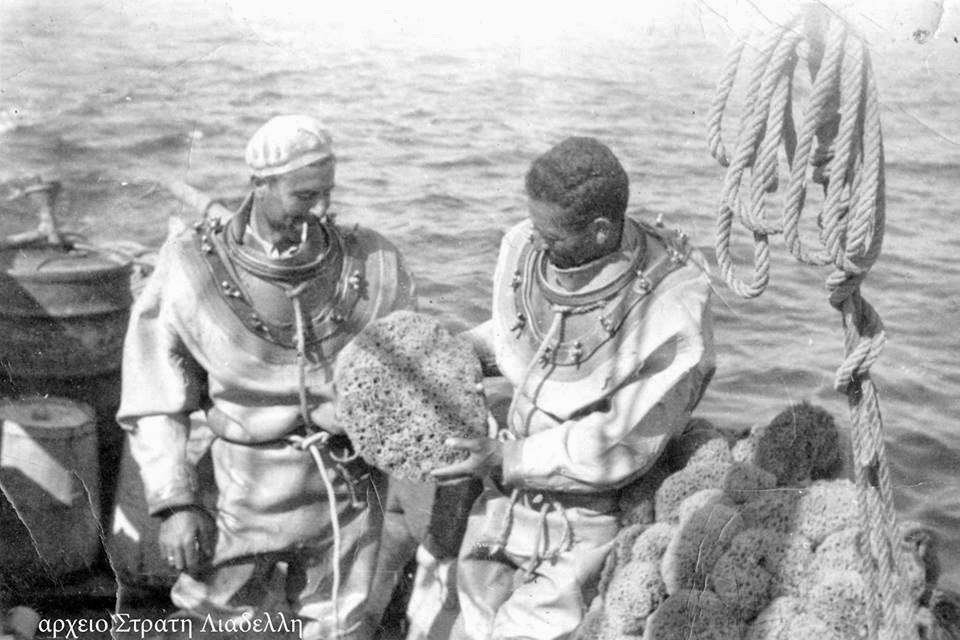 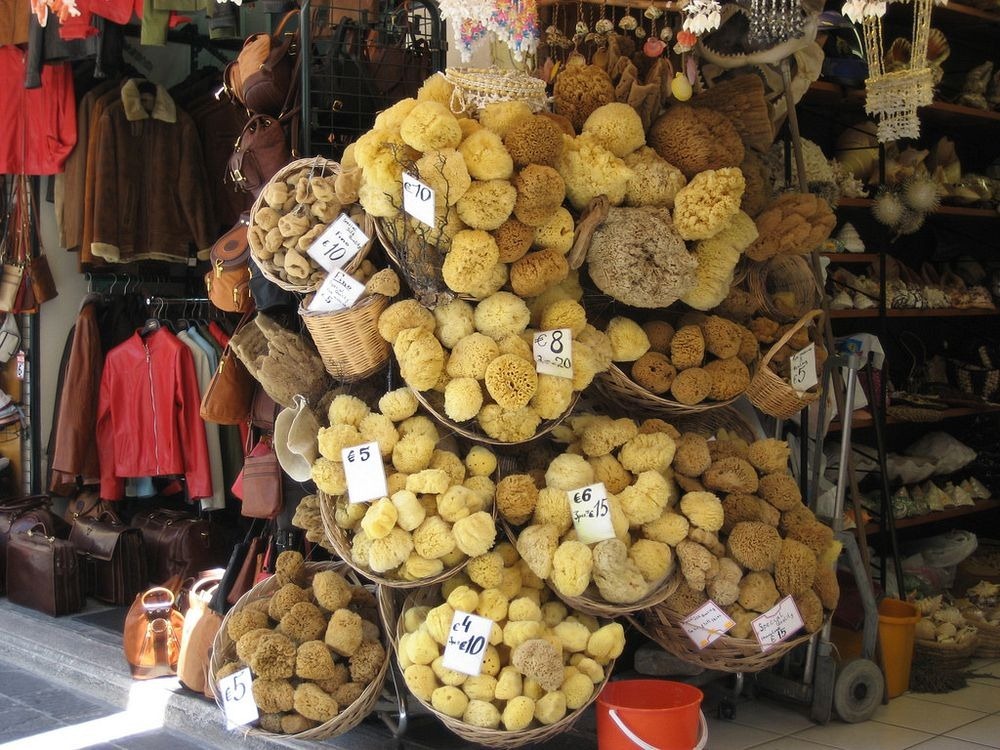 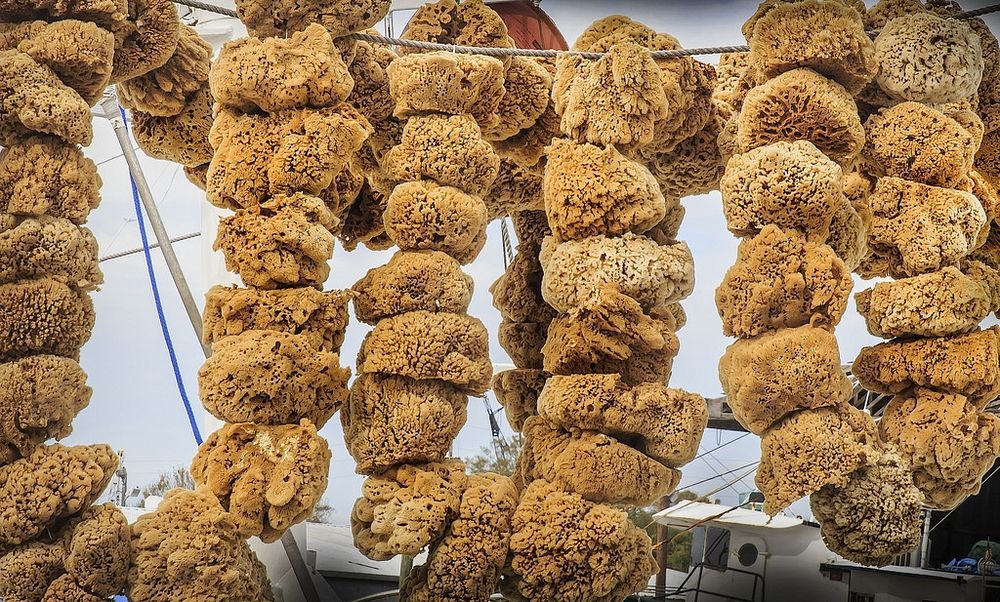 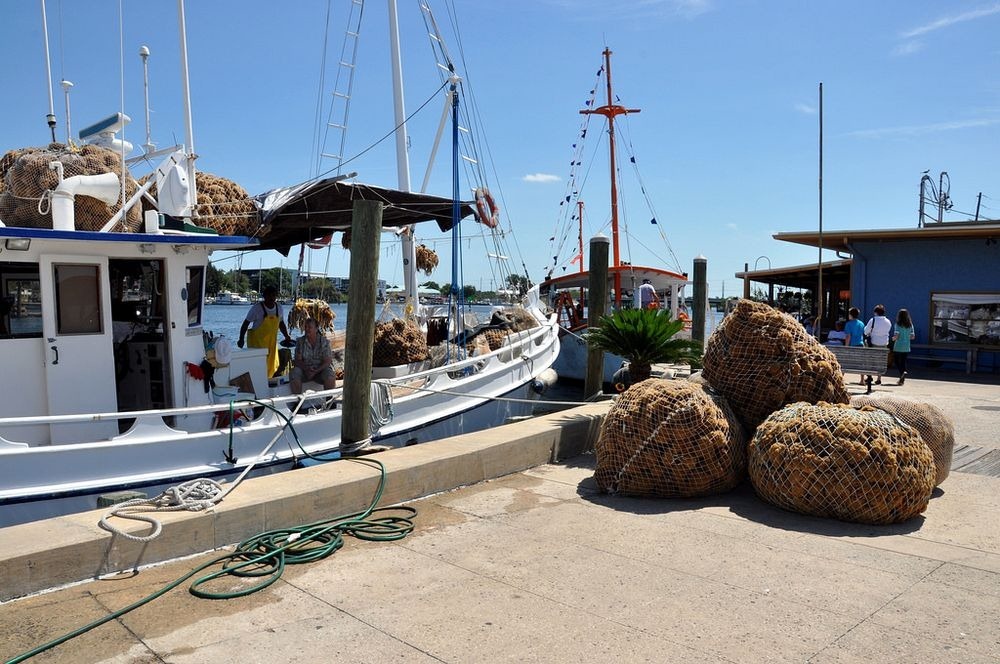 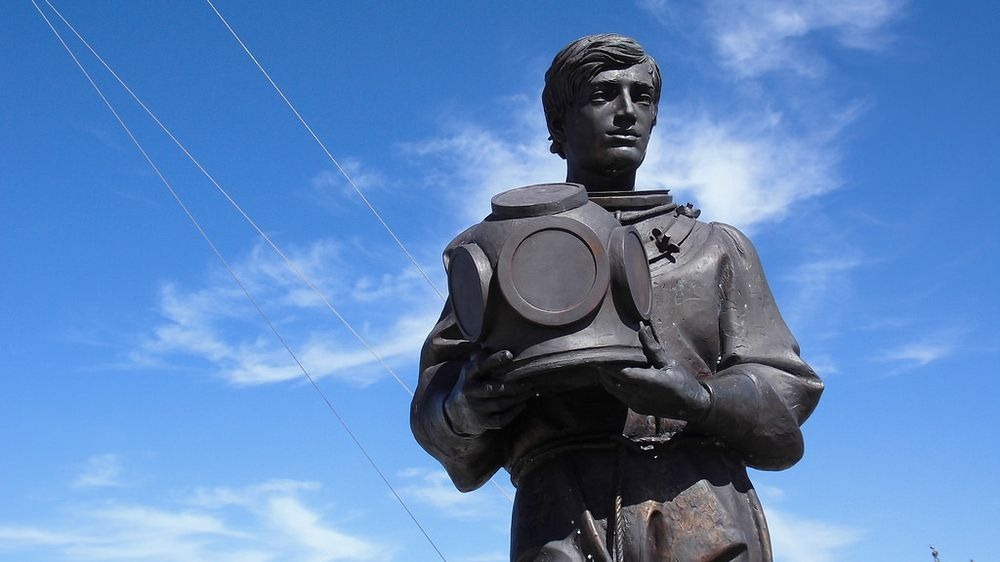 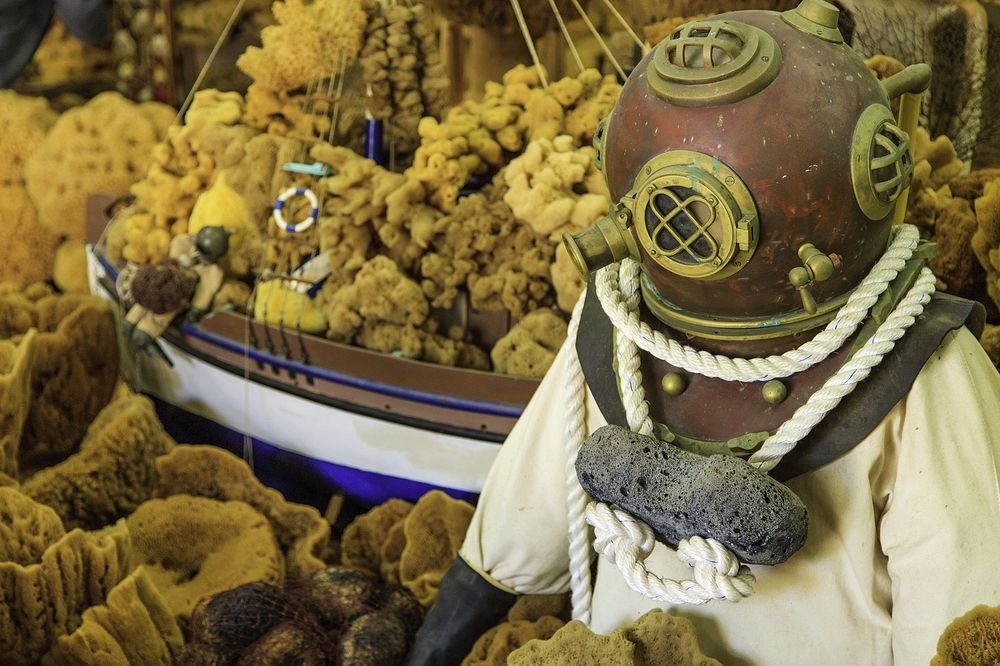 5 thoughts on “The Sponge Divers of Greece”