If you pull up Google Maps and look at the forested areas of Western United States, you’ll notice strange checkerboard patterns, like the one below. 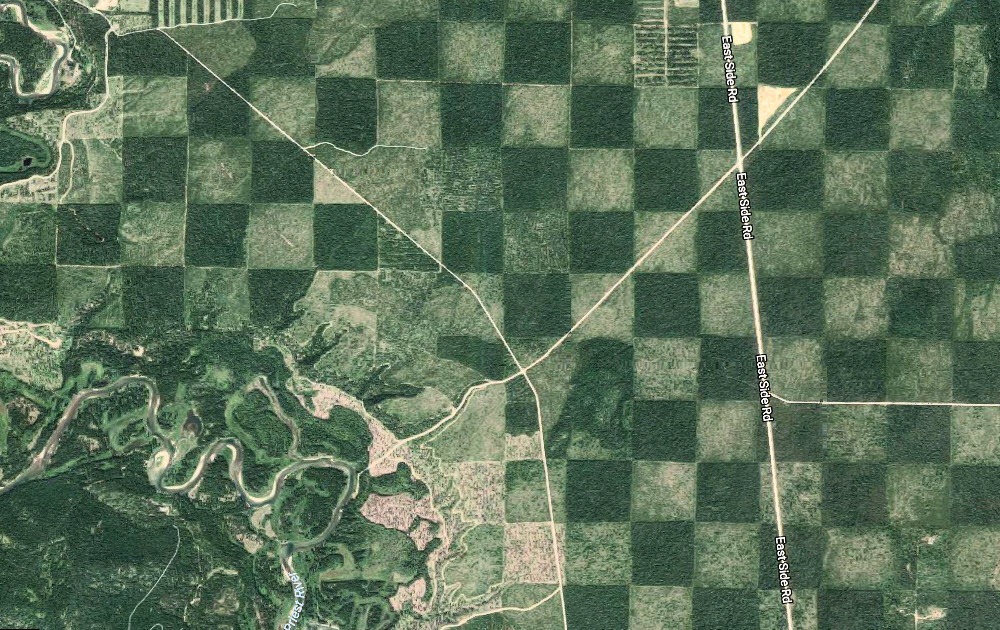 These patterns are the result of an agreement made in the mid-1800s, where the US government granted public domain lands to a company called the Oregon and California Railroad to build a rail link between Portland and California. Like most railroad grant lands of the time, the land surrounding the area where train tracks were to be laid, was split into a checkerboard pattern. The railway company received every other square, while the plots in between were retained by the federal government. The idea was, that the railroad would greatly increase the value of the lands over time, and the government lands that were intermixed with the railway lands could benefit from the increased value.

What happened next is a bit complicated, so I’m going to quote Wikipedia:

While construction was still ongoing, multiple charges of land fraud arose. The company was accused of rounding up individuals from saloons in Portland’s waterfront district, and paying them to sign applications to purchase 160-acre (0.6 km2) parcels of O&C lands as “settlers,” then selling these fraudulent instruments in large blocks to corporate interests through corrupt middlemen. This elaborate money laundering and land fraud scheme was only the beginning. Southern Pacific Railroad eventually abandoned the pretense of nonexistent settlers, and sold lands in large parcels directly to developers for as much as US$40 per acre. By 1902, with land prices soaring, the company declared it was terminating land sales altogether. When the scandal broke in 1904 through an investigation by The Oregonian it had grown to such a magnitude that the paper reported that more than 75% of the land sales had violated federal law.

Over the following two years, more than 1,000 people were indicted, including politicians, businessmen, railroad executives, and land surveyors. Many were tried, convicted and sent to jail. In 1916 the U.S. Congress passed the Chamberlin-Ferris Act which returned all unsold O&C railroad lands, about 2.5 million acres, back to the federal government.

Today, the checkerboard system of land ownership still exists in small pockets across the Western United States, where every other square mile is privately owned and every other square mile is owned by the government. Some of these lands are managed for timber, some have been developed for agriculture or settlement, and some were incorporated into the Bureau of Land Management (BLM) holdings through land swaps. 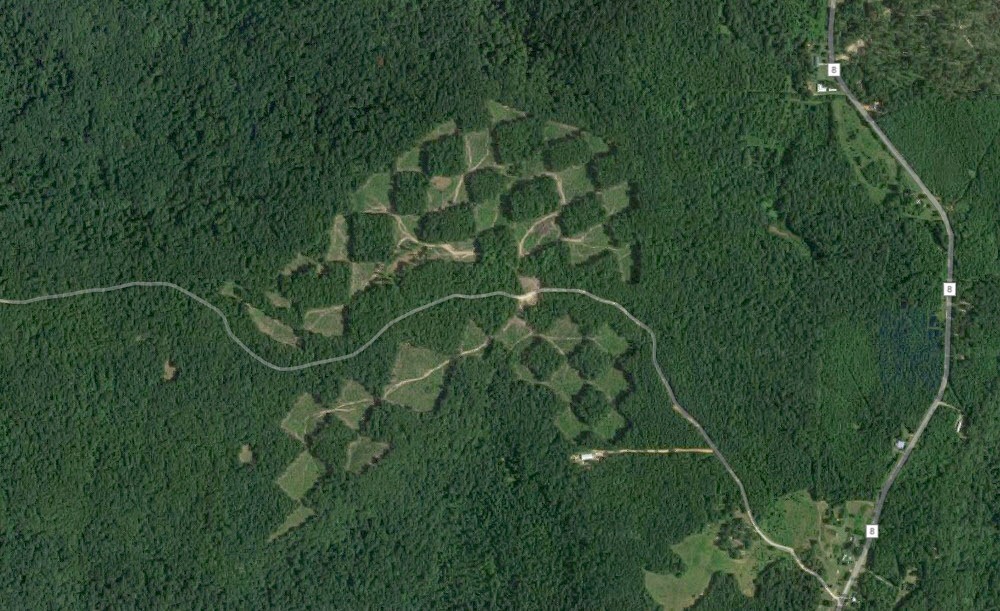 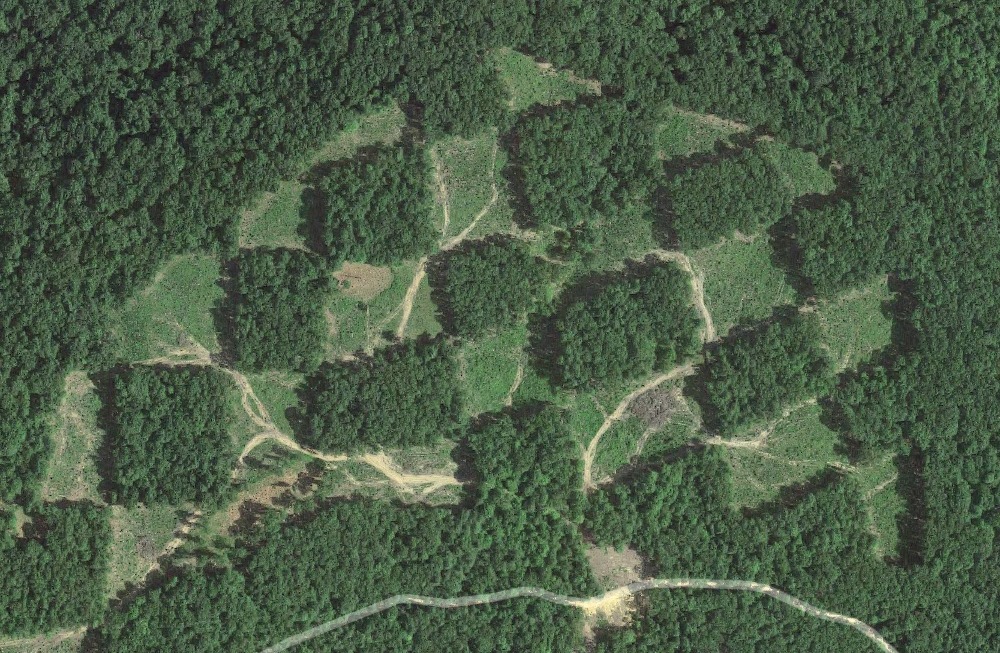 Zoomed version of the same location as above. The squares devoid of trees have been logged for timber, while the forested squares are reserves. 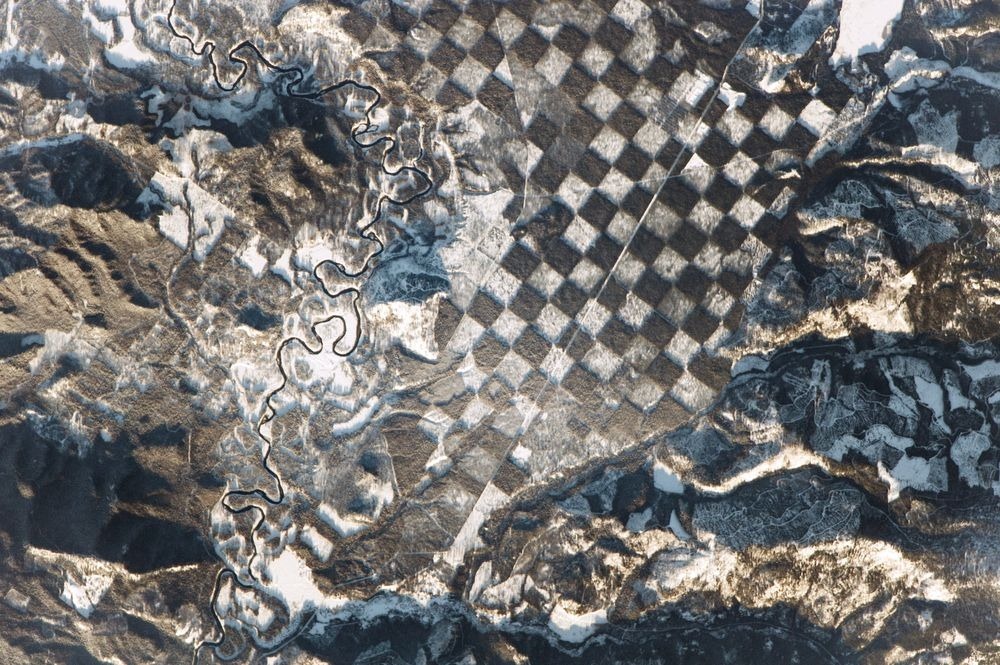 A distinctive checkerboard pattern alongside the Priest River in northern Idaho. The white squares in the checkerboard show where snow has fallen on deforested ground, where trees have been removed. These patches alternate with dark brown-green squares of dense forest, where trees obscure the snow from the astronaut’s view. Photo credit: NASA 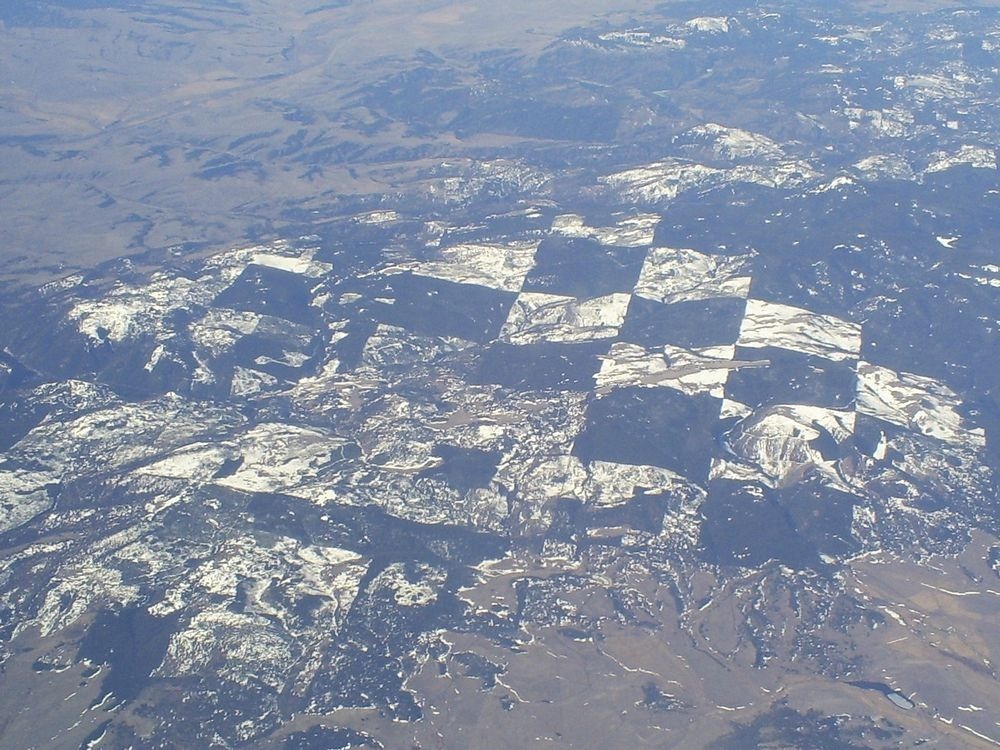 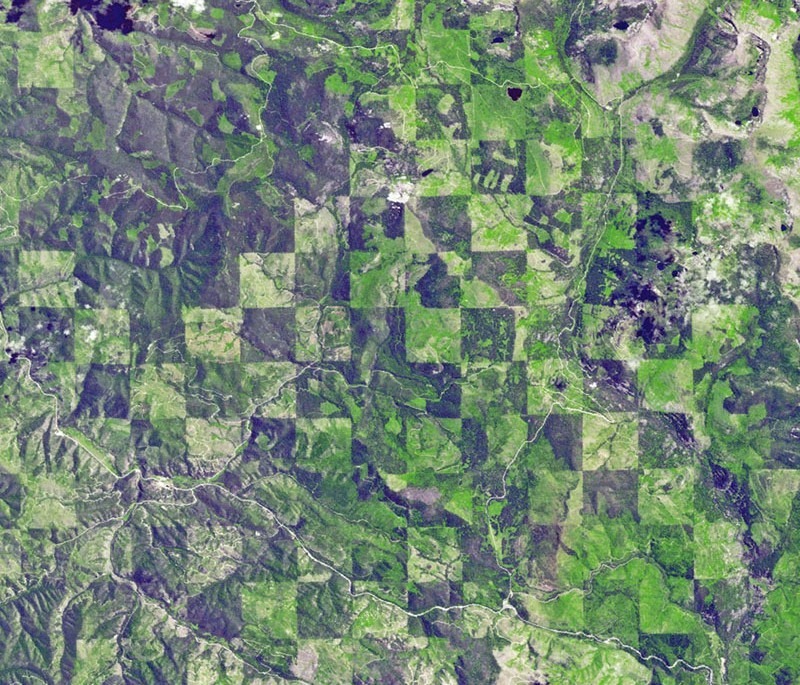 11 thoughts on “The Checkerboard Forest”