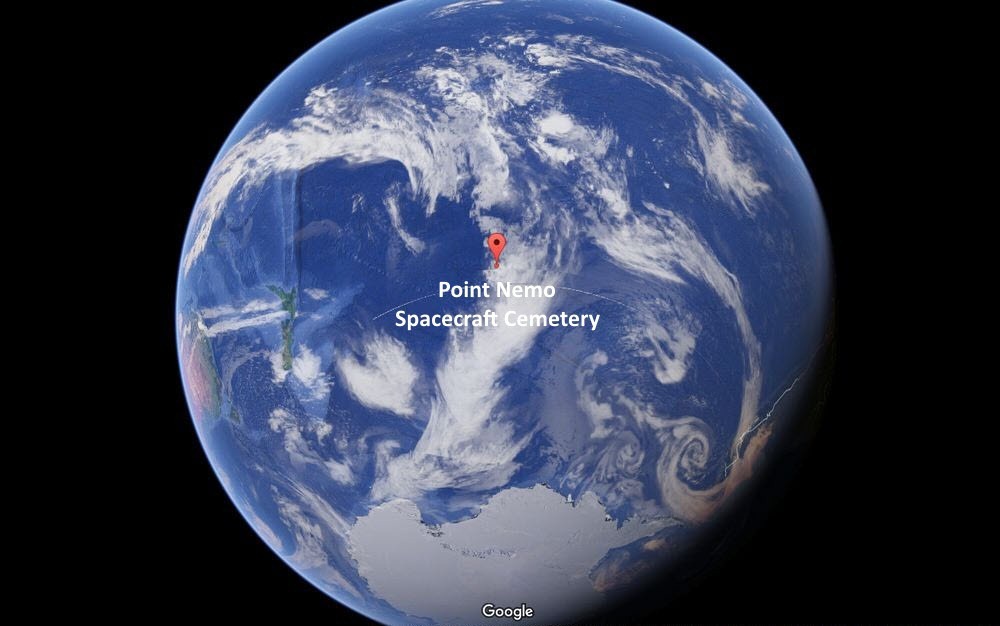 Far off the east coast of New Zealand, about 3,300 kilometers out in the Pacific Ocean, lies one of the geekiest junkyard in the world. It’s located in the middle of nowhere, and there is certainly no island here — just water. But four kilometers beneath the waves, the ocean floor is littered with broken fragments and debris of old satellites, space stations and spacecraft. This is the “Spacecraft Cemetery”, where space agencies around the world send their decommissioned satellites and spaceships plunging back into the earth to die.

When a satellite or an orbiting space station reaches the end of its operational life, there are two different ways to retire it. If the satellite has a very high orbit, like in the case of geosynchronous satellites, then engineers will push them out farther into space, into what is known as the Graveyard Orbit. This orbit lies several hundred kilometers above the orbit of the highest operating satellites, where the probability of colliding with operational spacecraft is generally none.

For satellites that revolve close to earth, it is much easier and fuel-economic to slow it down and let it fall back into the earth. If the satellite is small, it will burn and disintegrate completely in the atmosphere, just like hundreds of meteors do everyday. But if the satellite is large and there is the possibility that it might not burn up completely in the air, then retiring them requires a bit more planning.

The idea is to guide the satellite down into the ocean away from any significant landmass and human habitation where there can be no risk of injury from falling debris. The chosen place must also be far from shipping lanes. Such a spot in the ocean exist, and geographers call it the “oceanic pole of inaccessibility”. 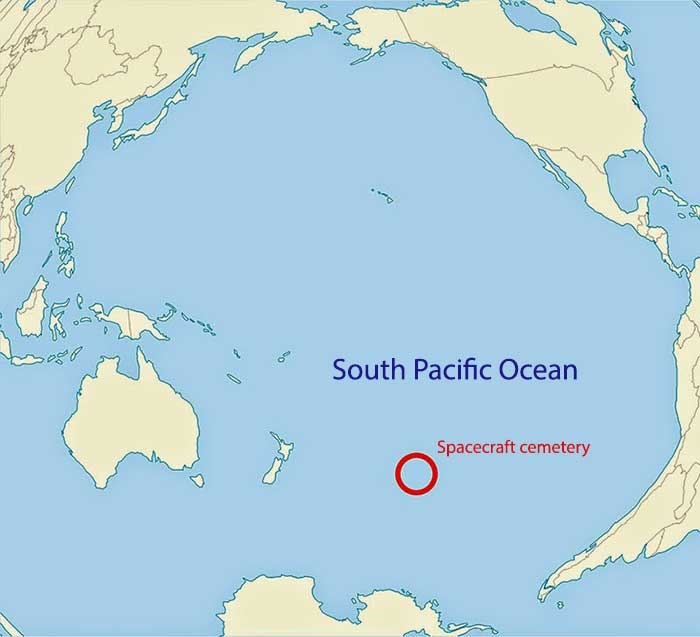 Also known as “Point Nemo”, after author Jules Verne’s famous seafaring anti-hero Captain Nemo, this place in the ocean is the farthest from any land mass. The name also means “no-one” in Latin, which is fitting for a place that’s so remote and isolated. Point Nemo lies approximately 2,688 km away from its three nearest islands — Ducie Island (part of the Pitcairn Islands) in the north, Motu Nui (part of the Easter Islands) in the northeast, and Maher Island (off the coast of Antarctica) in the south.

Aside from its remoteness from human population, Point Nemo is also sparse in marine population, which is a good thing since we don’t want space debris affecting marine life either. Point Nemo is located at the center of the so-called Southern Pacific Gyre, which is a large rotating ocean current. This rotating current blocks nutrients that run-off from coastal waters from reaching the center of the gyre, where Point Nemo lies. This makes Point Nemo and the region around it relatively lifeless — an oceanic desert of sort. In other words, it’s the ideal place to dump unwanted satellites and space junk.

Between 1971 and 2016, more than 263 recorded space burials had taken place at Point Nemo. Unmanned cargo resupply vehicles to the International Space Station are routinely brought down here. Eventually, the International Space Station itself will be drowned in the remote waters when the space station’s life ends. Its proposed date of retirement is 2028, but there is a possibility that we might see a life extension. 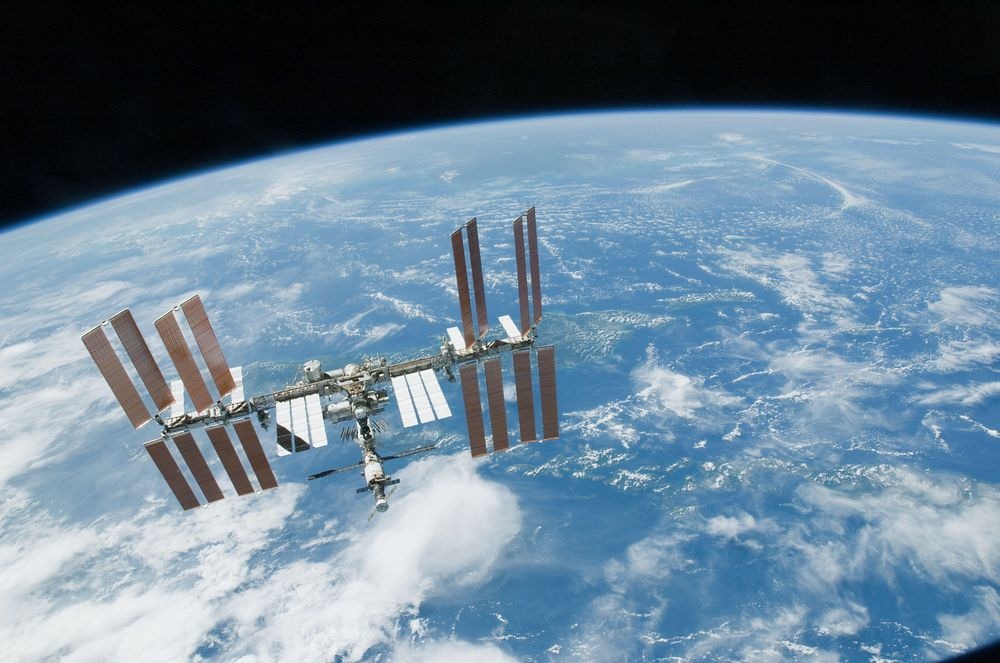 Point Nemo’s largest burial took place on 23 March 2001, when the 135-ton Russian space station Mir was splashed down on the Pacific Ocean after 15 years of service. During deorbit, the Mir hit the atmosphere hard at an altitude of 100 km. Even in that rarefied air, some of the external light elements of Mir such as solar panels were torn off due to the rush of air. When the station broke apart into several fragments at 90 km, their glowing hot plasma was seen from the islands of Fiji against the evening sky. By the time the Mir crashed into the ocean, only about 20 or 25 tons of the space station had remained.

So if you envisioned Spacecraft Cemetery as a place full of intact satellites and space stations lying gracefully on the ocean bed, you’ll be disappointed. Those high-tech remains are spread out over hundreds and even thousands of kilometer. When the Mir broke up in the atmosphere, it left a trail of debris 1,500 kilometer long and 100 km wide.

“Even in controlled entries, this will not be a point landing,” explained Holger Krag, head of ESA’s Space Debris Office, before the deorbit process of ESA’s third ATV in 2013. “The nature of this break up process brings it that we will have to clear quite a large area to make sure that all fragments will fall within the designated area, because they will not fall in one spot.”

And this is why Point Nemo is their chosen spot. Located 2,688 km away from the nearest land, it gives space engineers a wide range of margin to error. 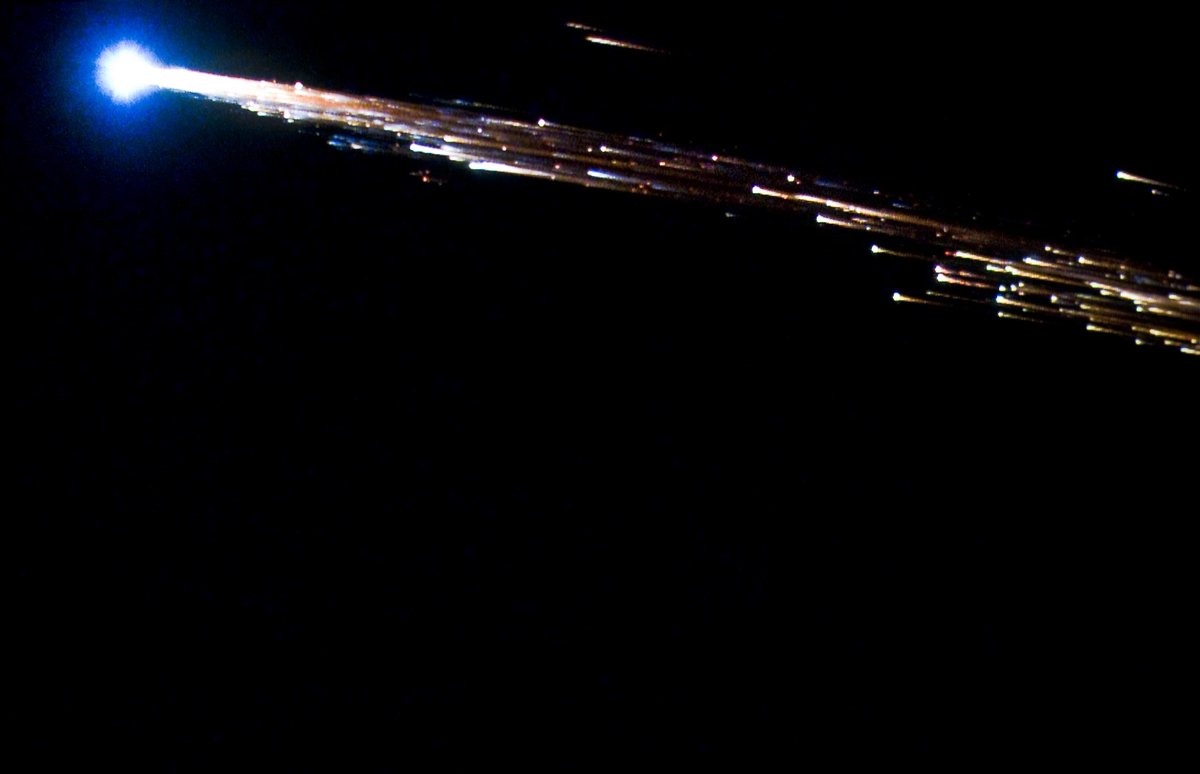 The European Space Agency’s Jules Verne Automated Transfer Vehicle (ATV) breaks up in the Earth’s atmosphere on September 29, 2008, above an uninhabited section of the Pacific Ocean, southwest of Tahiti. Photo credit: NASA