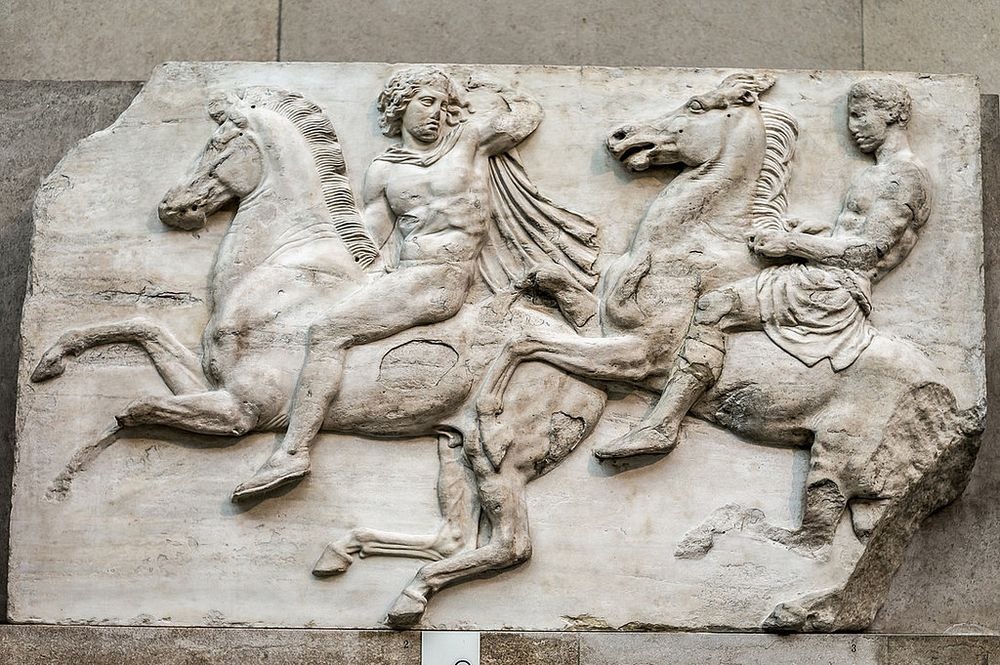 Should a museum keep artistic treasures it acquired under dubious circumstances a long time ago, or should it return them to their country of origin? This is the debate surrounding the so-called Elgin Marbles.

Currently at the British Museum of London, the Elgin Marbles are some of the finest sculptures of classical Greece, originally sculpted for Athens’s greatest monument, the Parthenon. Built nearly 2,500 years ago, the Parthenon was originally a temple dedicated to the Greek goddess Athena, before it became a church of the Virgin Mary. When Greece came under the Ottoman rule, the Parthenon was converted to a mosque. The Muslim rulers made small changes to the structure such as removing the Christian altar and whitewashing the walls to cover all icons of Christianity. But the worst was yet to come. 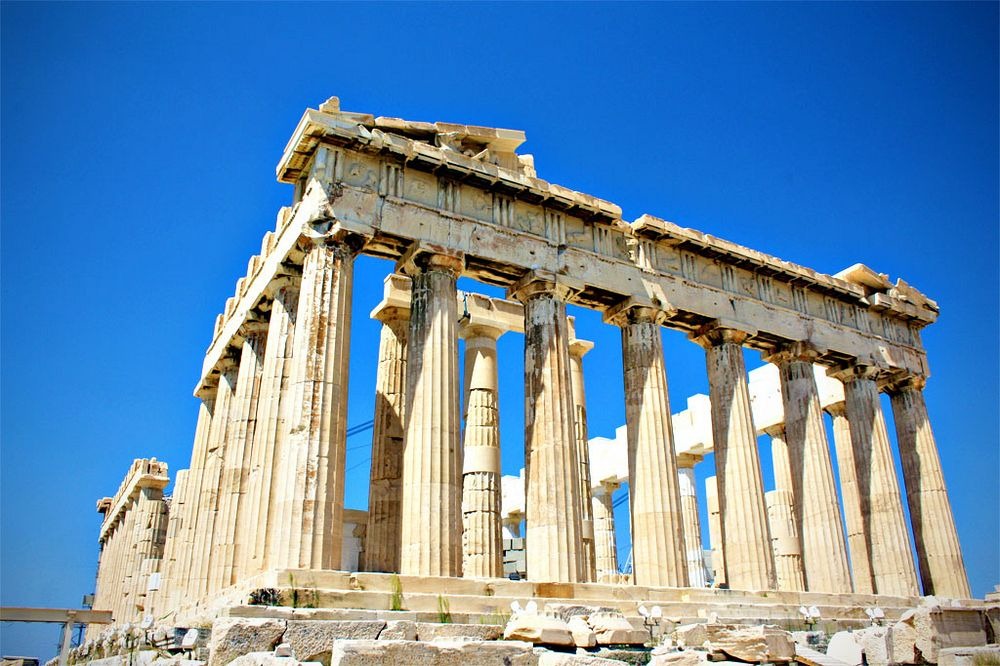 During the Great Turkish War (1683-1699), the Ottoman Turks decided to use the Parthenon as an ammunition dump, believing that the Venetians would never try to blow up a building of such historic importance. The ploy didn’t work. On 26 September 1687, a single mortar fired from the Hill of Philopappus blew up the powder magazine, and half of Parthenon along with it. The decorative frieze adorned with beautiful sculptures came crashing down and broke into a hundred pieces. The Turks simply cleared out the center and using the rubble erected another mosque within the shell of the ruined building. For the next hundred years, these fragments of sculptures were taken away by robbers and by tourists as souvenirs of their travels. 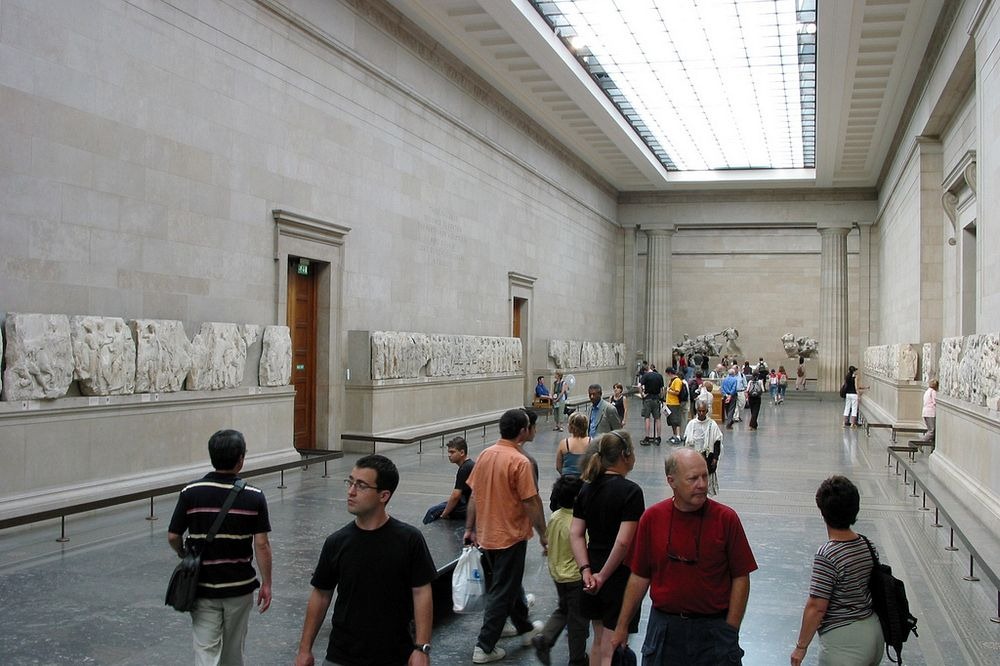 In 1801, Thomas Bruce, the Earl of Elgin and the British Ambassador at Constantinople, allegedly obtained permission from the Ottoman Empire — whose existence or legitimacy has not been proved until today — to take away about half of the remaining sculptures from the fallen ruins back to Britain. It wouldn’t have mattered if the Earl had taken only the fallen stones, like everybody else. But the Lord Elgin’s men also pried out many pieces that were still in place. Aside from the Parthenon, Lord Elgin removed sculptures from the Acropolis, the Erechtheion, the Propylaia, and the Temple of Athena Nike.

According to his own account, Lord Elgin was passionate about ancient Greek art, and was concerned about the Turk’s indifference towards it and the damage being done to important artworks in the temples of Greece. He claimed that the Turks were grinding down the statues to make mortar. 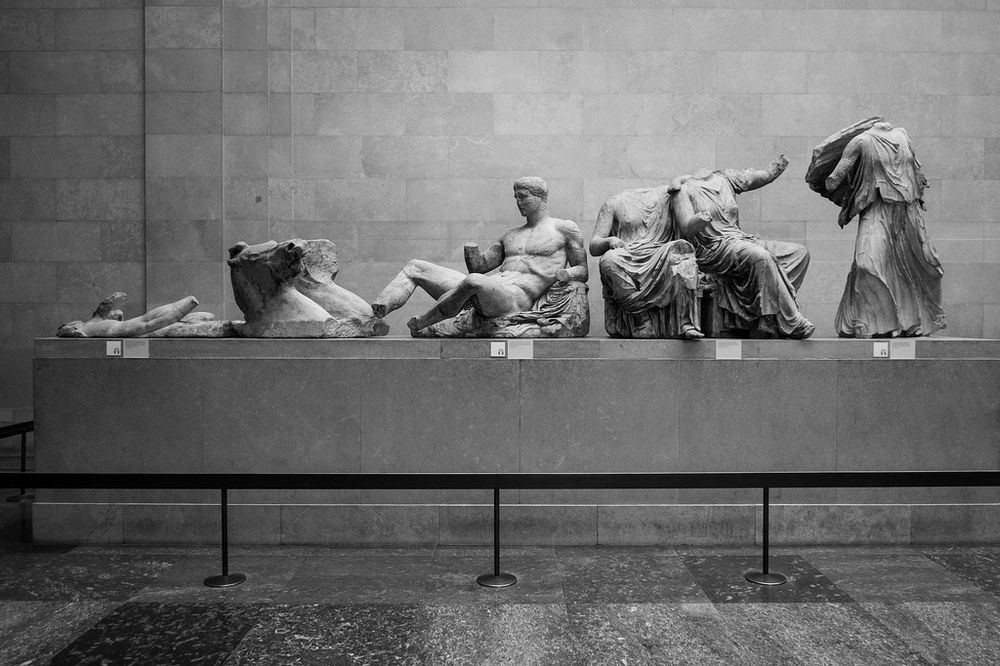 Lord Elgin initially only took casts and made drawings of the sculptures, but later began to remove material from the Parthenon and its surrounding structures, and shipped them back to Britain. When the marbles arrived in London, a huge outcry arose. Many people including some learned men of that time, such as Lord Byron, accused Lord Elgin of vandalism and dishonesty. The fact that the Earl intended to use the marbles to decorate his private house in Scotland, also helped sway the public’s opinion against the man. But fate had other plans for Lord Elgin. Upon returning to Britain, Lord Elgin learned that his wife was cheating. Distraught by his wife’s adultery and the public scandal it caused, Lord Elgin divorced from his wife and sued his wife’s lover. But the drawn out legal battle left him penniless forcing him to sell his house, as well as the Parthenon Marbles to the British government. 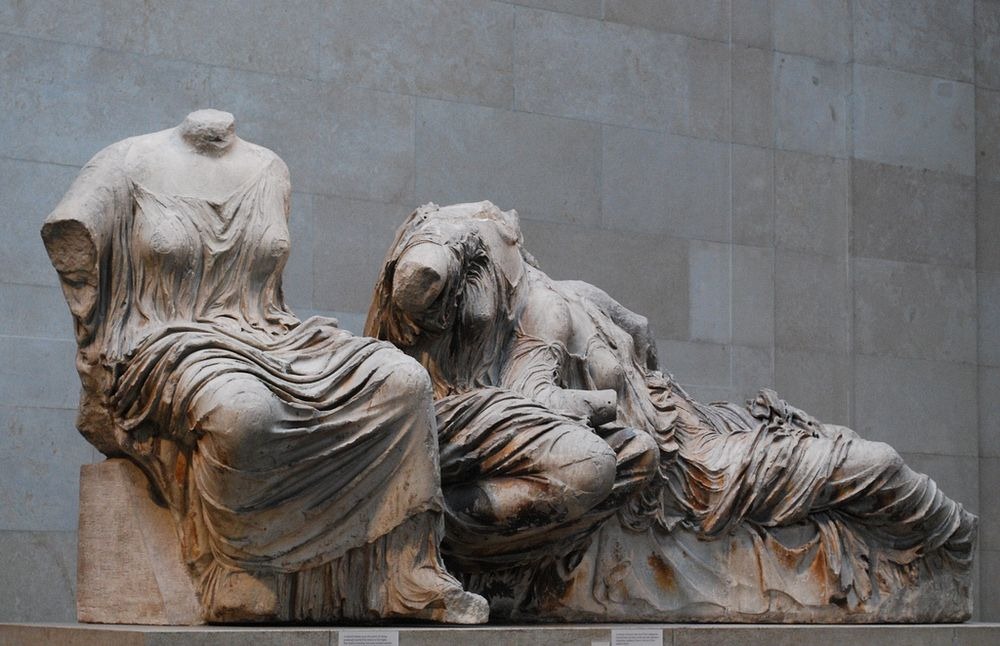 After gaining independence from the Turks, the Greek government demanded that marbles be returned to them, on grounds that they were taken illegally during the country’s Turkish occupation. But the British refused saying that Lord Elgin legally purchased the statues from the Ottoman Empire before Greece won its independence. Britain fears that if the marbles are returned it would set a disturbing precedent that could empty major museums around the world of its collection.

Today, the Elgin Marbles are one of the most prized possession of the British Museum. There is about 75 meters of sculpted frieze that once ran all round the Parthenon, as well as 17 life-sized marble figures from its gable ends, and 15 of the 92 metopes, or sculpted panels, originally displayed high up above its columns. The British Museum’s possession accounts for about 30 percent of the original sculptures from the Parthenon. The Acropolis Museum in Athens houses another 30 percent. About 5 percent lie scattered in different museums across Europe. 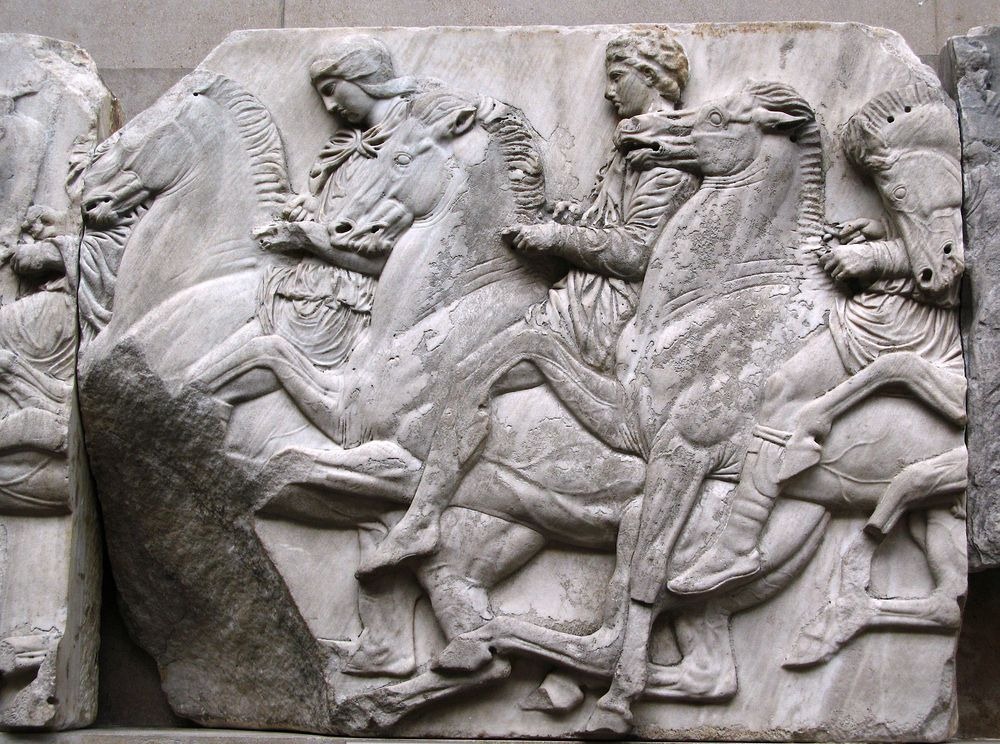 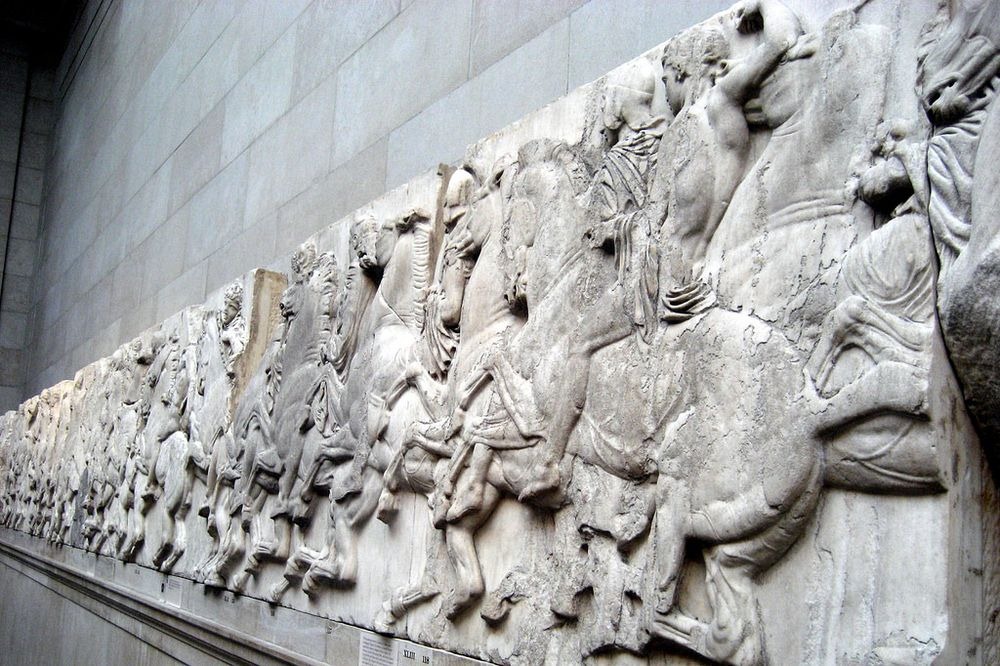 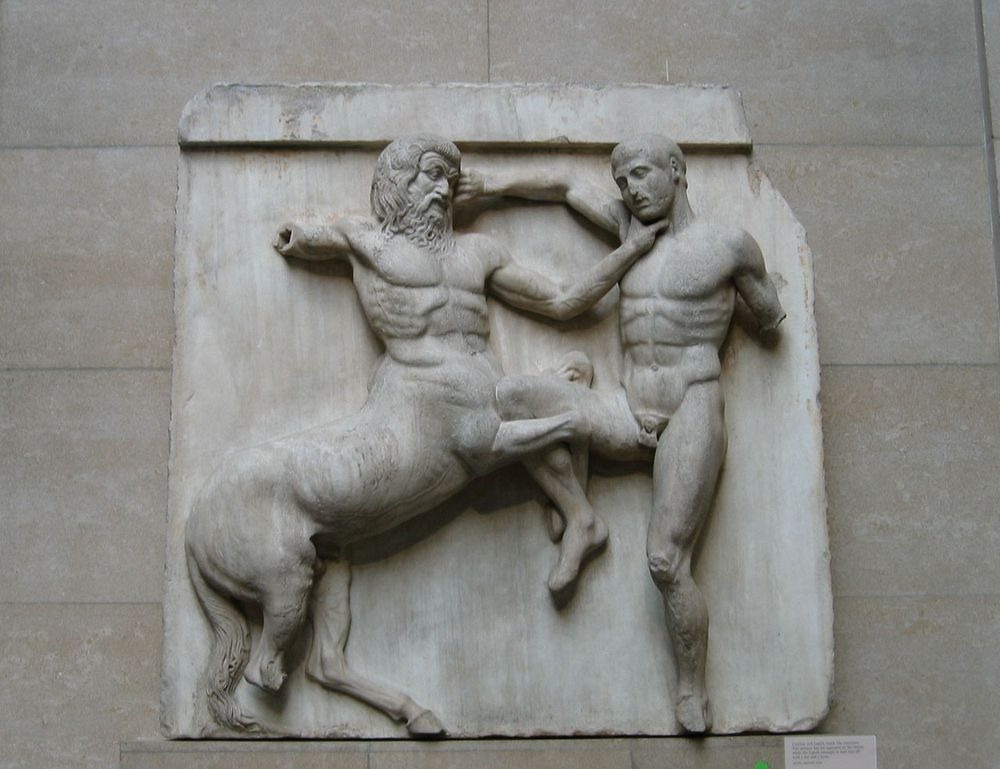 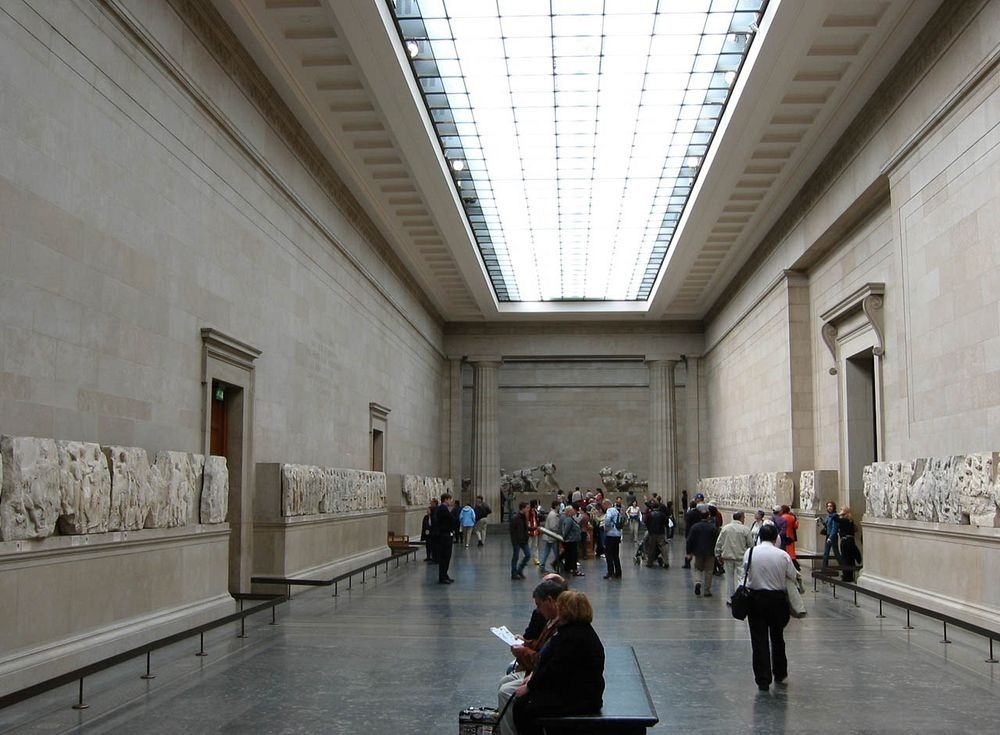 2 thoughts on “Elgin Marbles: A Piece of The Parthenon in London”