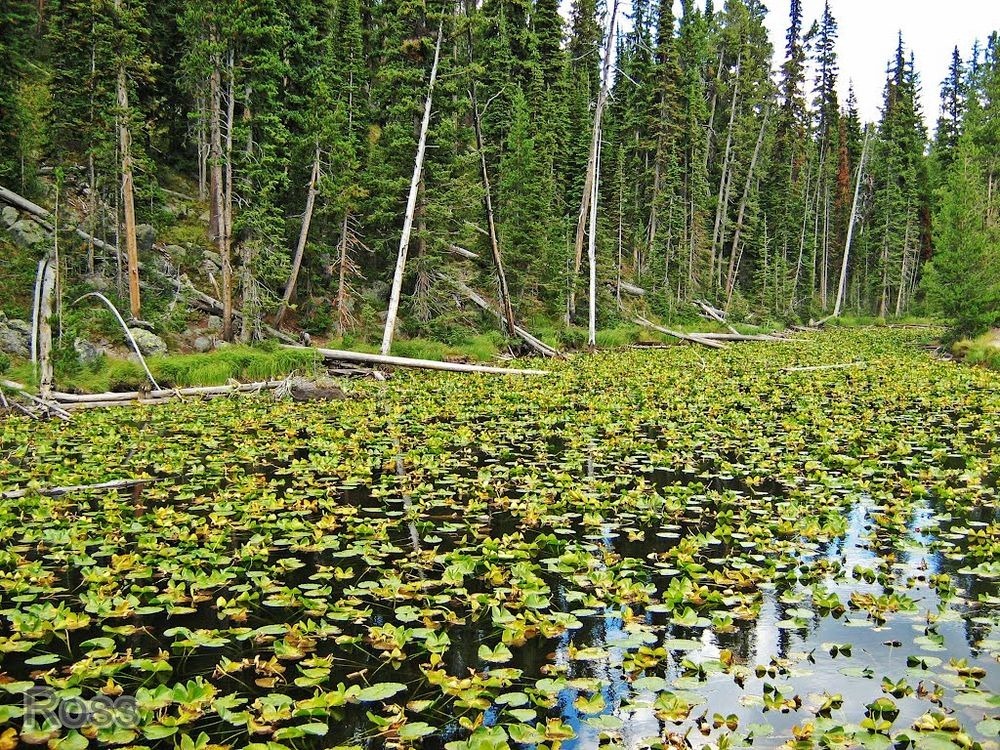 The Isa Lake Viewpoint, located about 8 miles east of the Old Faithful Area along the Grand Loop Road in Yellowstone National Park, is not a terribly exciting place. On the way to the Old Faithful geyser, you can alight from your vehicle and stand on the edge of a thin sliver of water filled with waterlilies and fallen logs. By the side of the lake is a Continental Divide elevation sign, and an interpretive sign describing the significance of the Continental Divide and Isa Lake.

‘Continental divide’ is a geographical divide on a continent, often in the form of a mountain ridge, such that rivers and lakes on one side of the divide drain into one ocean or sea, and those on the other side drain into another. Isa Lake straddles the continental divide of North America, standing at over eight thousand feet at the upper watershed for two of America’s most extensive drainage systems — the Snake and Columbia Rivers, and the Missouri and Mississippi. 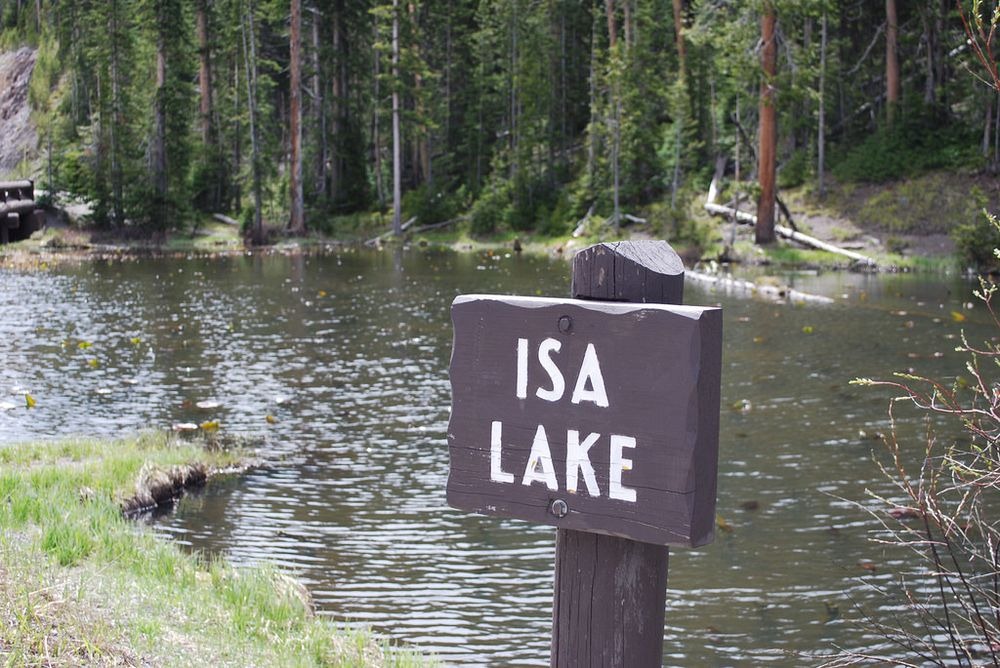 Isa lake is thus the only natural lake in the world to drain to two different oceans. Because of this it is also known as the Two-Ocean Lake. The lake’s outflow is also counterintuitive, since the Atlantic Ocean lies on the east of the lake and the Pacific Ocean to the west.

Isa Lake has no inlet, and is fed entirely by snow-melt. During most of the year, the lake’s water flow is mostly seepage, except during spring runoff. 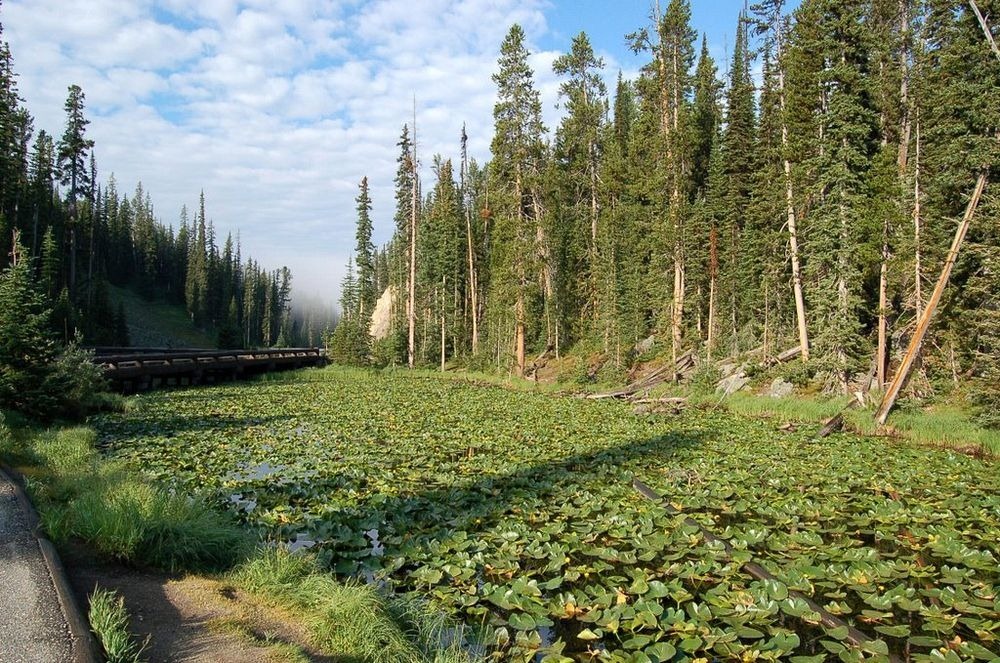 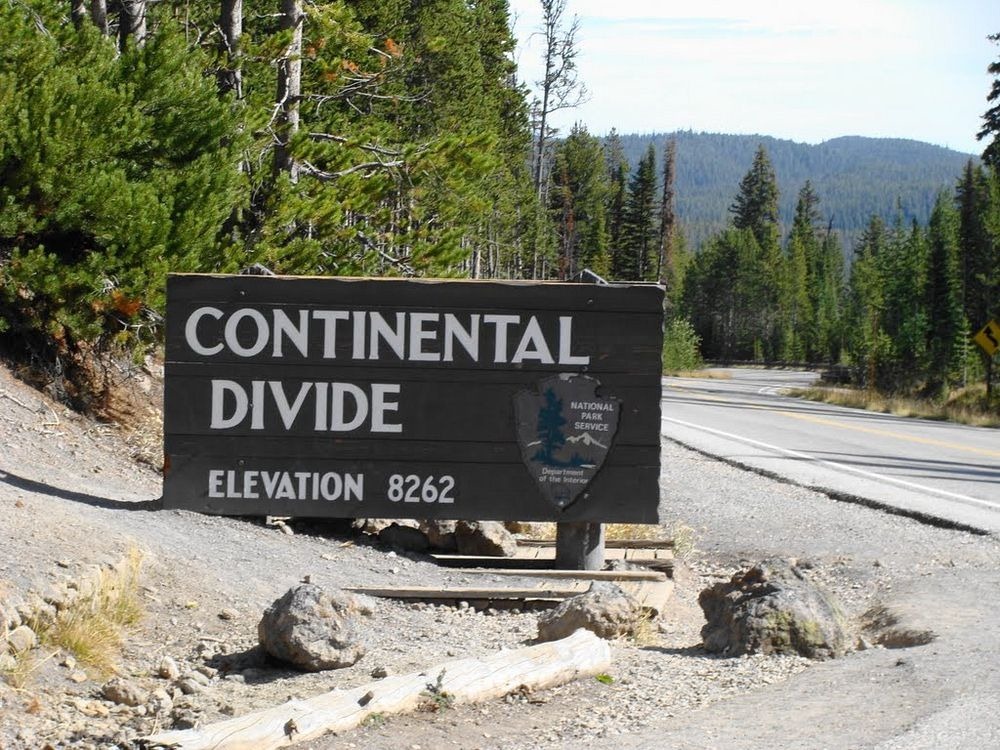 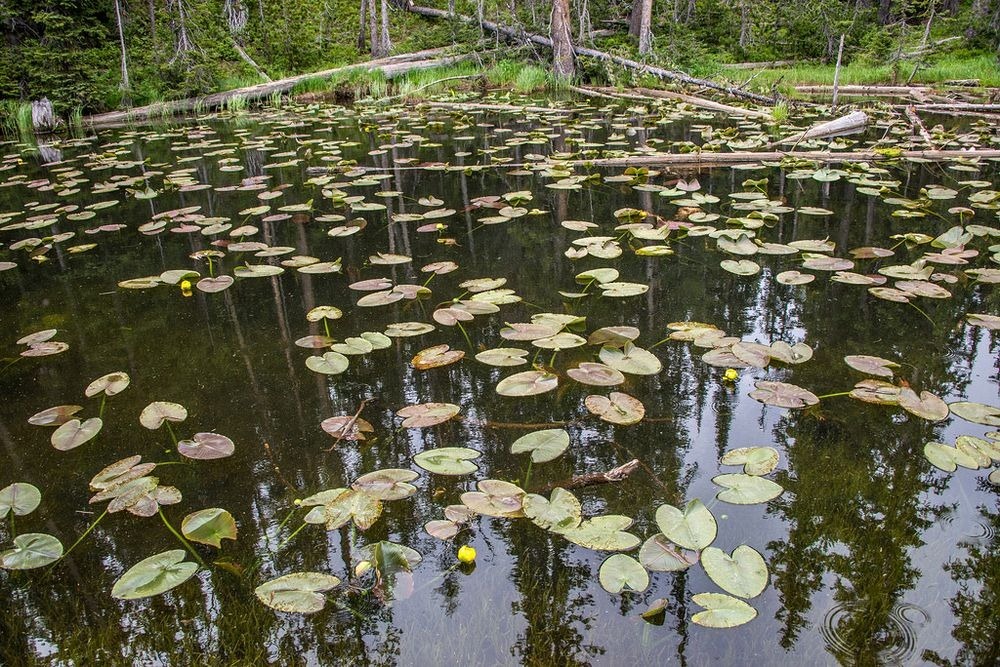 One thought on “Isa lake: The Two-Ocean Lake”