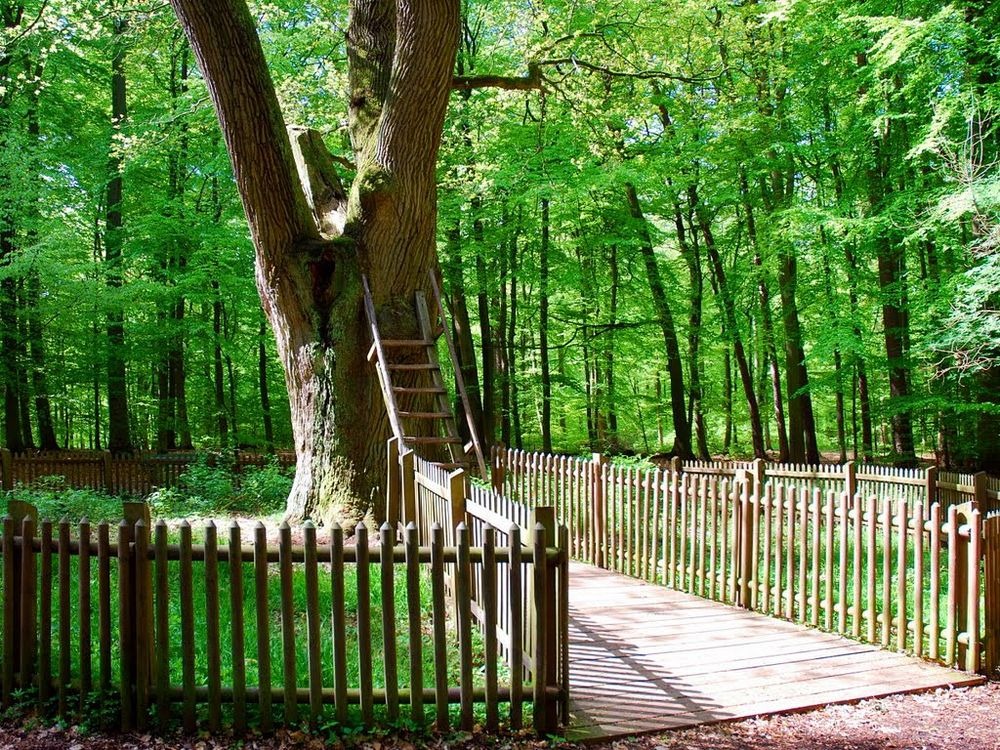 If you write a letter addressed to the address above, it will end up in knothole of an oak tree in the Dodauer Forst forest near Eutin in Germany. In the past hundred years, thousands of people have written to this tree, and reportedly hundreds have had their wishes fulfilled — the wish of finding one’s love partner. 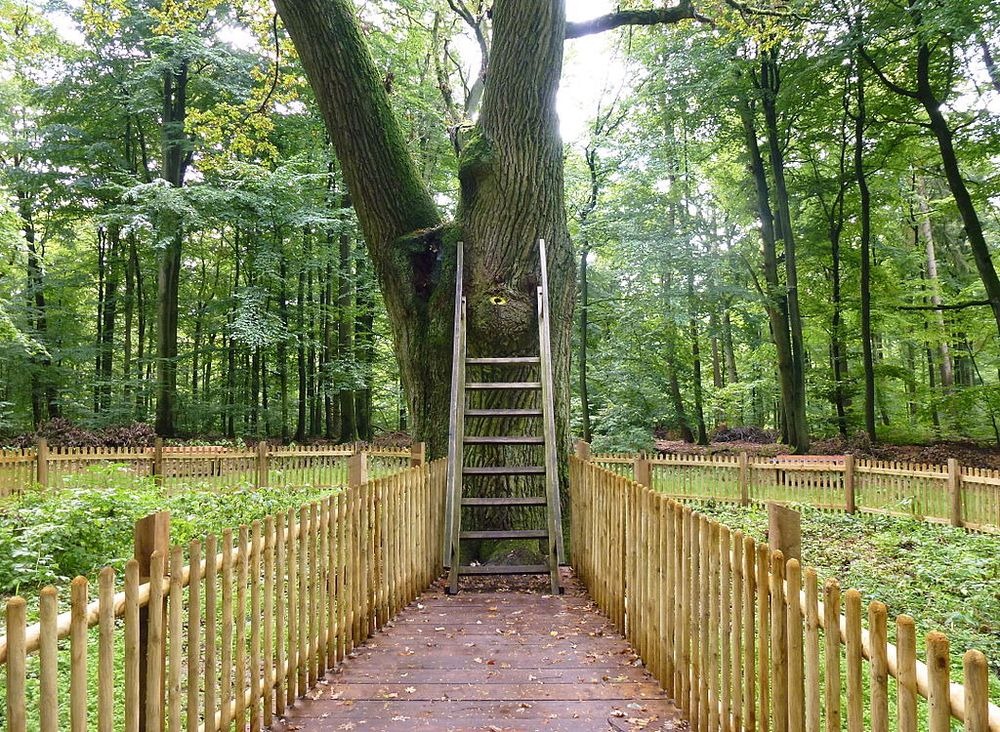 The oak tree, known as the Bridegroom’s Oak, is over five hundred years old. Legend has it that the tree was planted as a gesture of thanks by the son of a Celtic chieftain after he had been tied to a tree in the forest and was released by a Christian girl. Historians believe there is no truth in the legend, and it was invented by Christian missionaries to encourage pagan worship of oak trees. But the incident that gave the tree its name, and started the tradition of writing love letters is not a fable.

More than a hundred years ago, there was a girl named Ohrt, who was in love with the son of a Leipzig chocolate maker, Schütte-Felsche. The girl’s father, the head forester, disapproved of the relationship, so they secretly exchanged letters by leaving them in the hole in the tree’s trunk. Eventually, Mr Ohrt gave in and the couple got married under the tree on June 2, 1891.

The story of the tree spread by word of mouth, and within years people began to write letters hoping to find their love partners, and dropped them into the hole. The tree became so popular that in 1927 the German postal department assigned the tree its own post code so that people from all across the country could write to the tree. By then the tree’s fame had spread so far and wide that it started receiving letters from all over the world.

The hole in the trunk is located about 3 meters off the ground and can be reached by a wooden ladder. It’s a public letter box — anyone can open, read, take or answer the letters.

Over the decades, the tree has taken on the role of a matchmaker of sorts. More than a hundred marriages have been reportedly brought about by the Bridegroom’s Oak. Karl Heinz Martens, a retired postal worker who delivered mail to the tree for more than 20 years, himself met his wife after she wrote him a letter, mailed to the Oak.

In 2009, the oak itself was symbolically married to the Himmelgeist Chestnut, a horse-chestnut in Düsseldorf, the second tree in Germany to have its own postal address.

The Bridegroom’s Oak still receives about five to six letters a day. 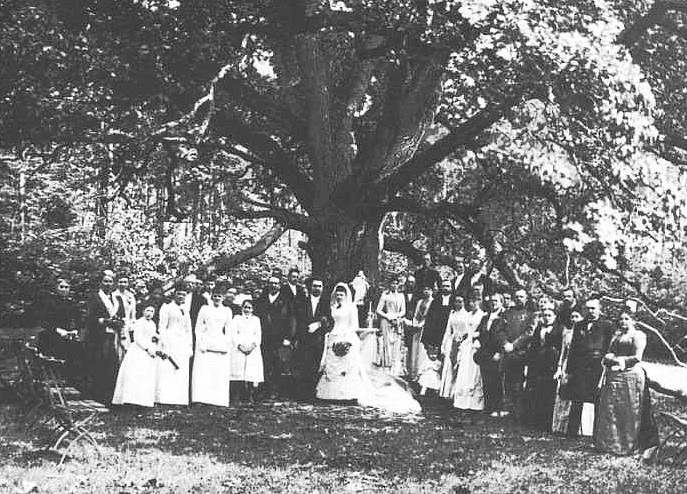 A wedding party under the tree, circa 1900. Photo credit: unknown/Wikimedia 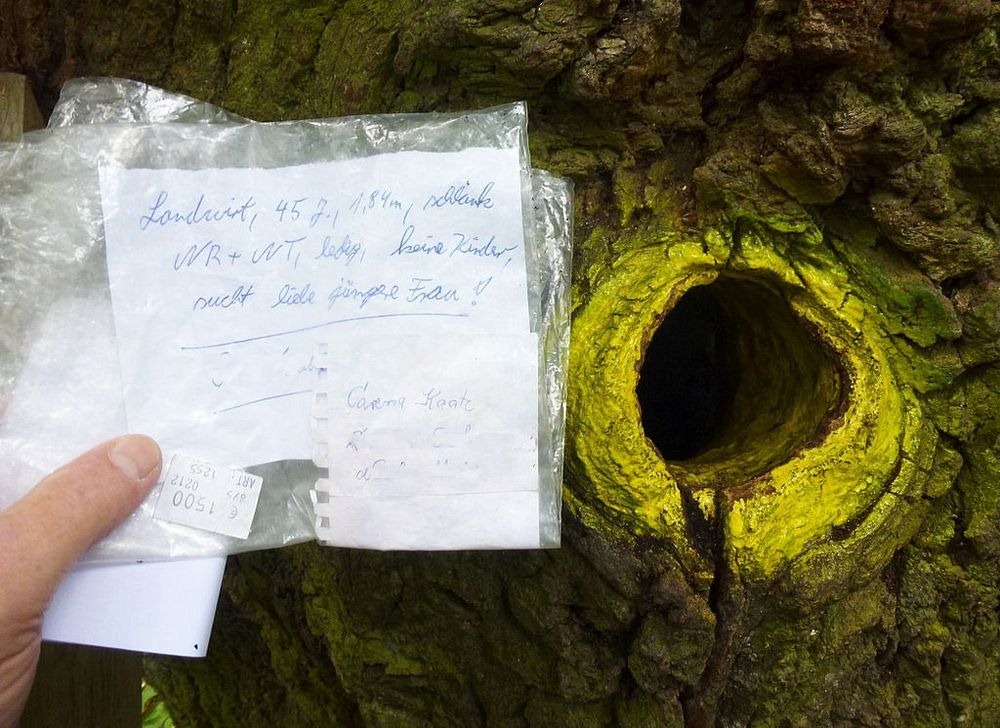 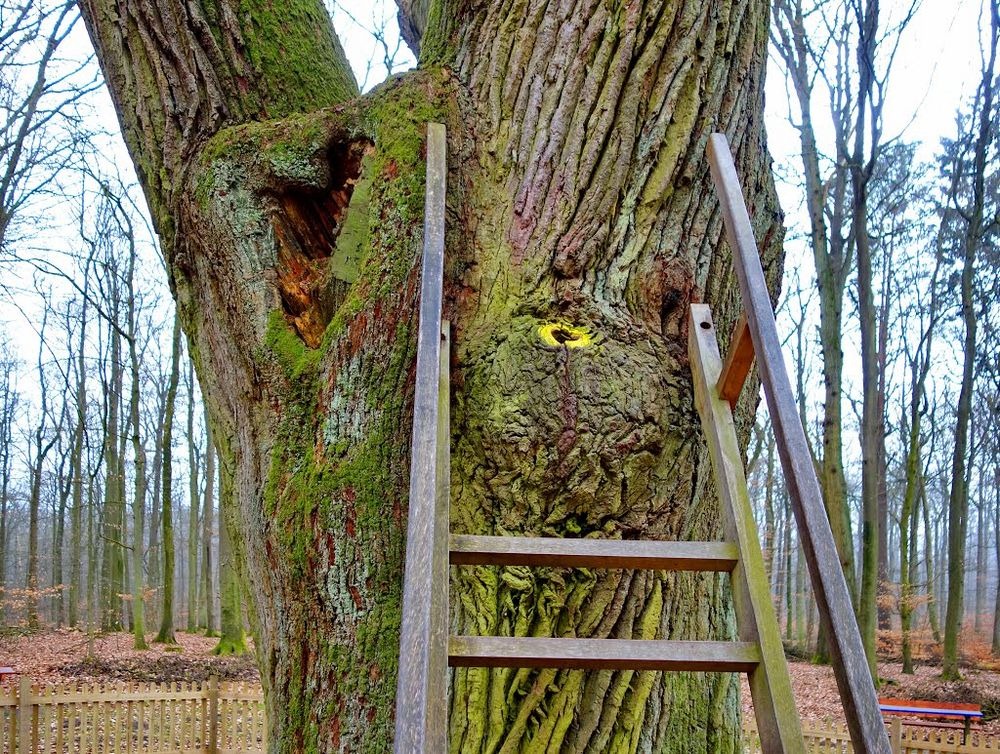 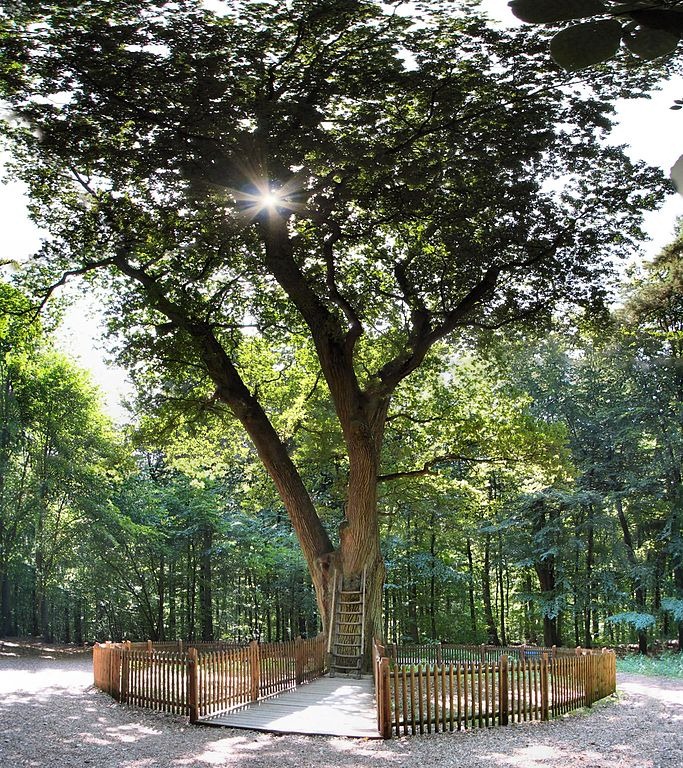 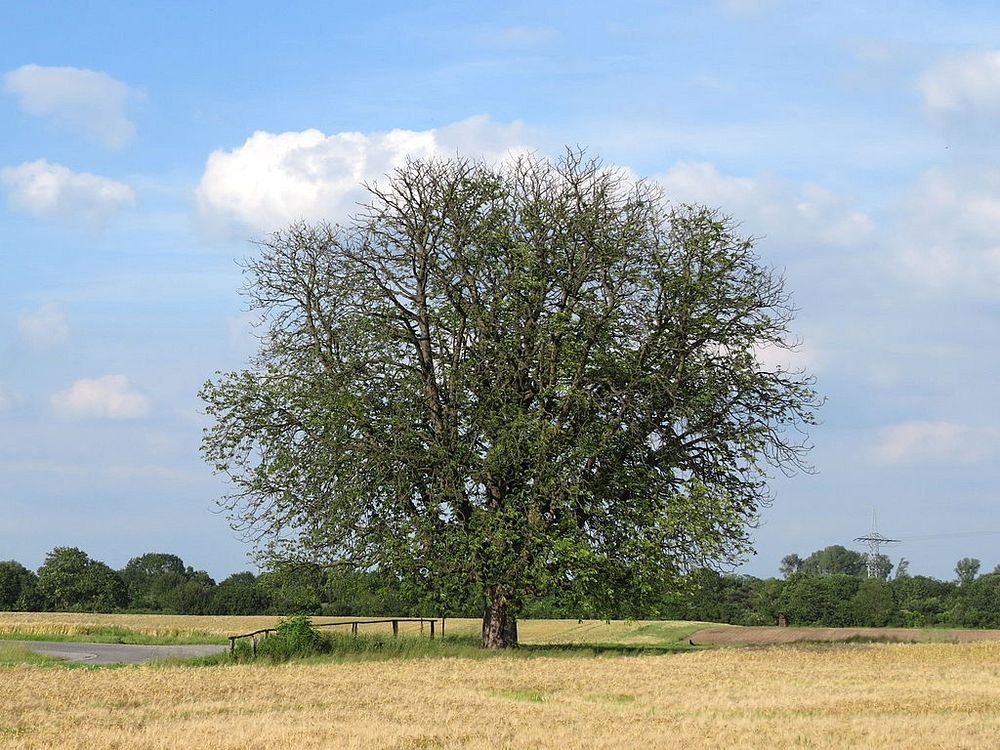 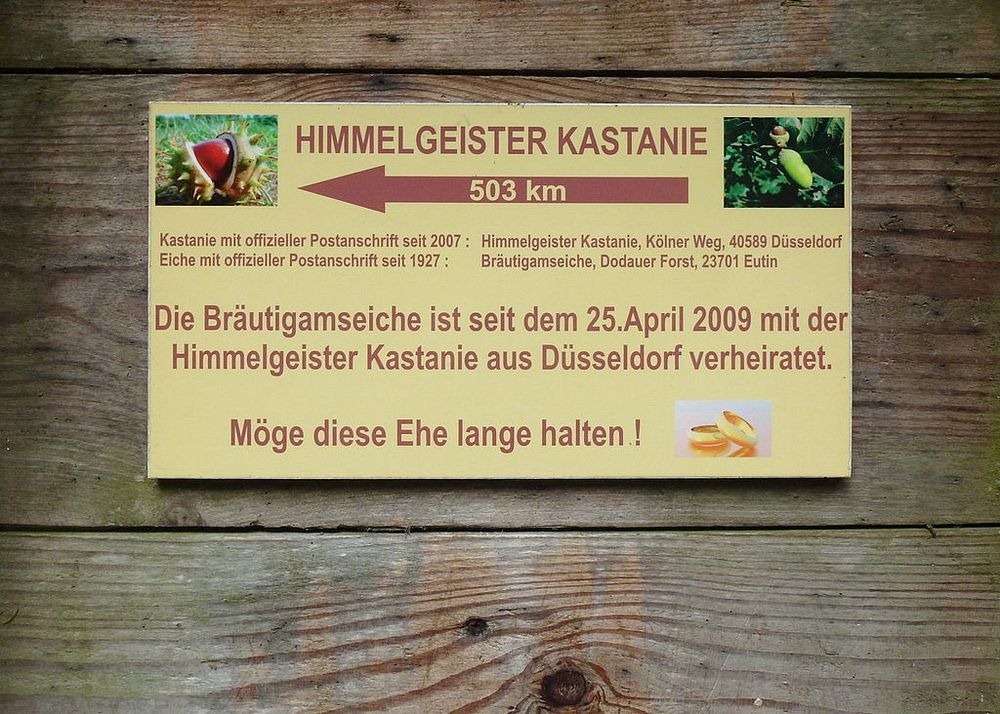 5 thoughts on “Bridegroom’s Oak: The Tree With Its Own Postal Address”