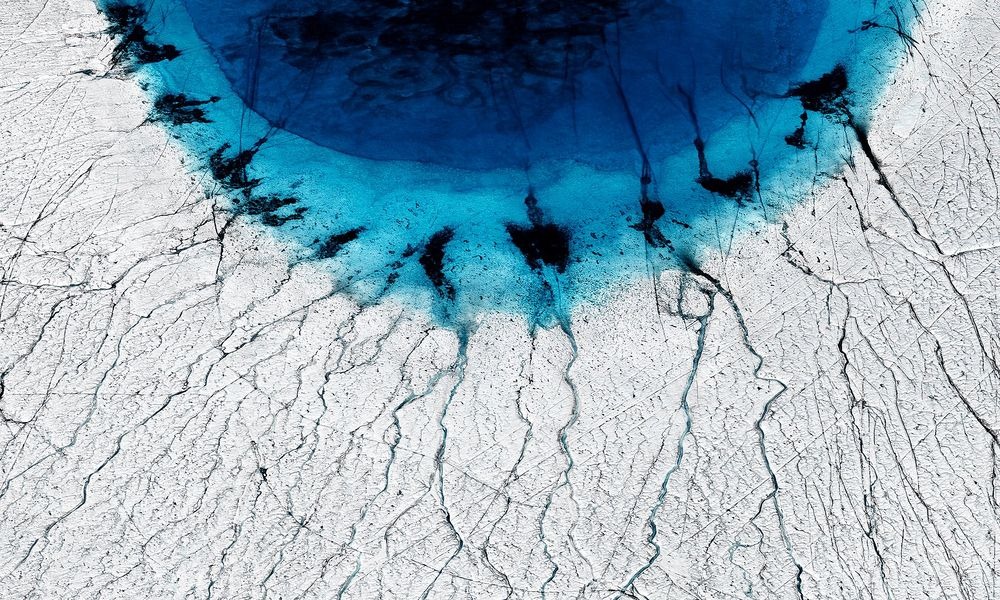 Every summer, as the air warms up and the sunlight beats down on the ice sheets of Greenland and Antarctica, pools of brilliantly blue melt water are formed across the pristine white landscape. While summer time melting is normal, over the past several decades, the rate of melting has been alarming high and these deep blue lakes are appearing in increasing numbers, higher and higher up on the ice cap.

These pictures, by photographer Timo Lieber, document the phenomenon.

“I’ve always had a passion for the ice, Leiber told The Guardian. “I’d been to Iceland seven or eight times, to Arctic Norway and to Greenland. Greenland’s contribution to global sea-level rise is about three times that of Antarctica. I saw how fast the landscape was changing and wanted to put it into a body of work.” 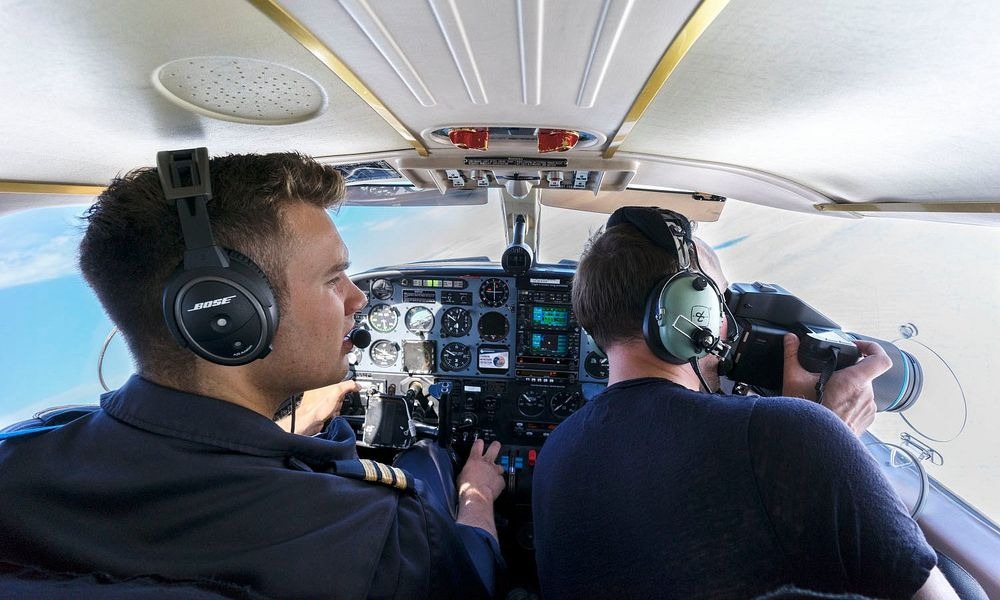 Timo Lieber flew over Greenland’s vast icescape in a twin-engine plane. The pilot would bank the plane sharply allowing Lieber to shoot through a tiny hole in the window.

“The images are deliberately abstract,” Lieber said. “I didn’t want them to be documentary photographs. You have to get close to find the small, hidden details that help you to understand what you’re seeing. They’re beautiful, but what you’re looking at is climate change at its worst. My favourite is the one that looks like an eye. It’s a half-circle of concentric blues at the top of the image – it’s almost as if global warming is looking right back at you.”

The melt ponds  play an important role in iceberg calving. Many of these melt ponds are connected by threadlike streams that drain water from pool to pool, or into a crevasse, a moulin or a crack in the ice. As Robert Simmon explains on NASA’s Earth Observatory Image of the Day:

The crevasses take the water deep into the ice sheet, sometimes even to the underlying rock, where it lubricates the lowest layers of the ice. The lubricated ice flows more quickly toward the ocean, which in turn accelerates the rate at which icebergs break into the sea. The overall result is a greater loss in ice mass than would happen without the influence of melt water streams. 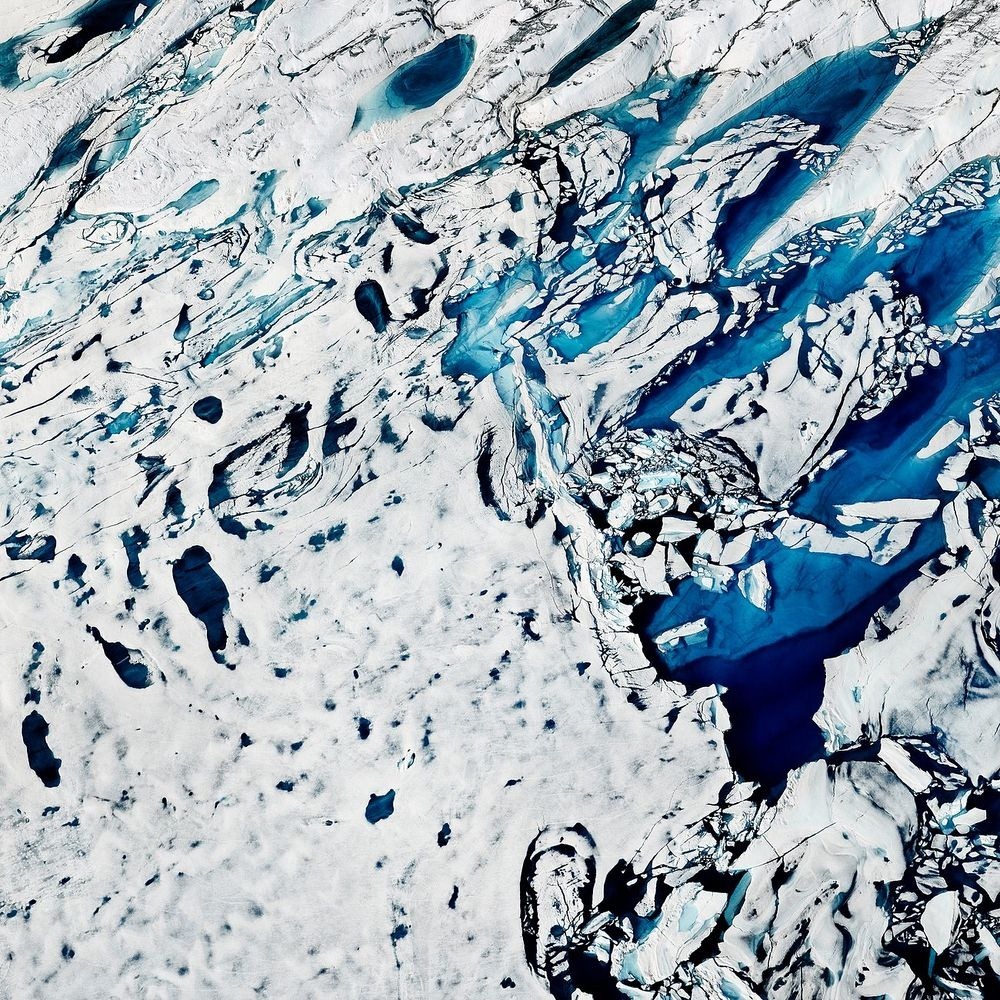 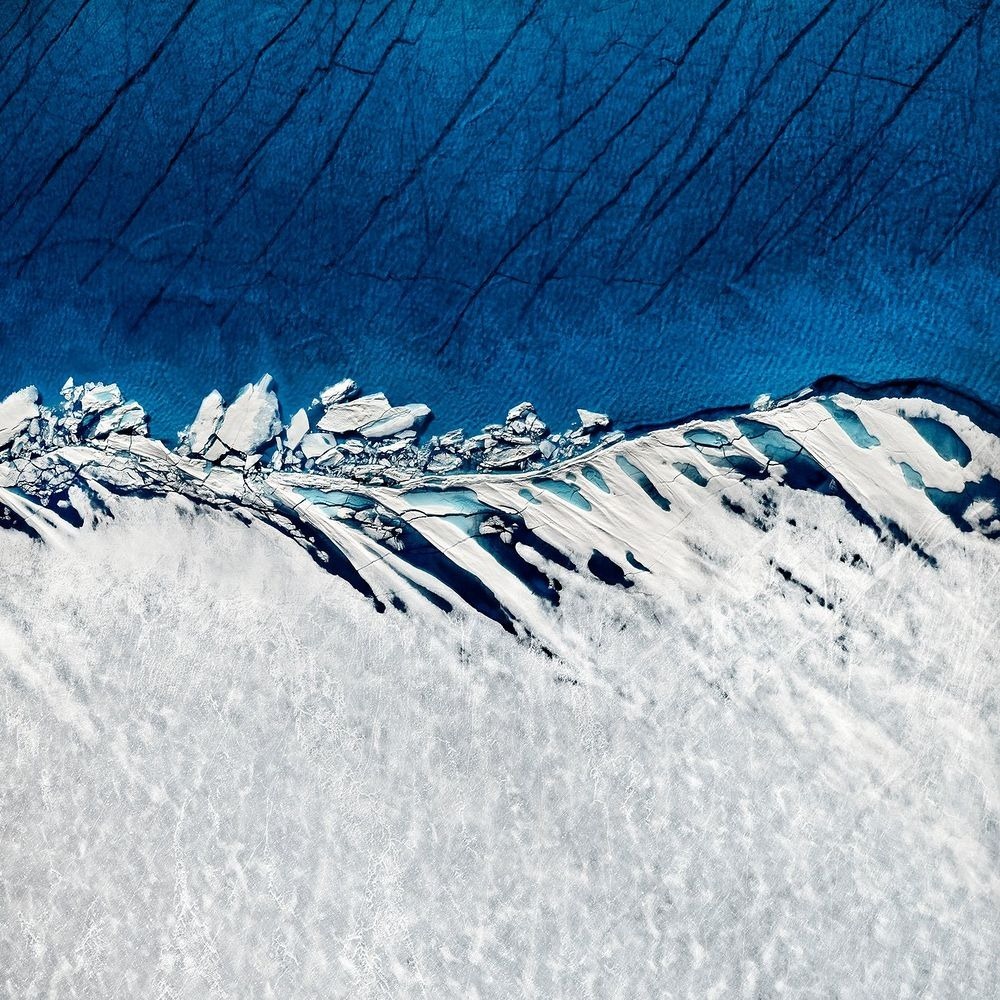 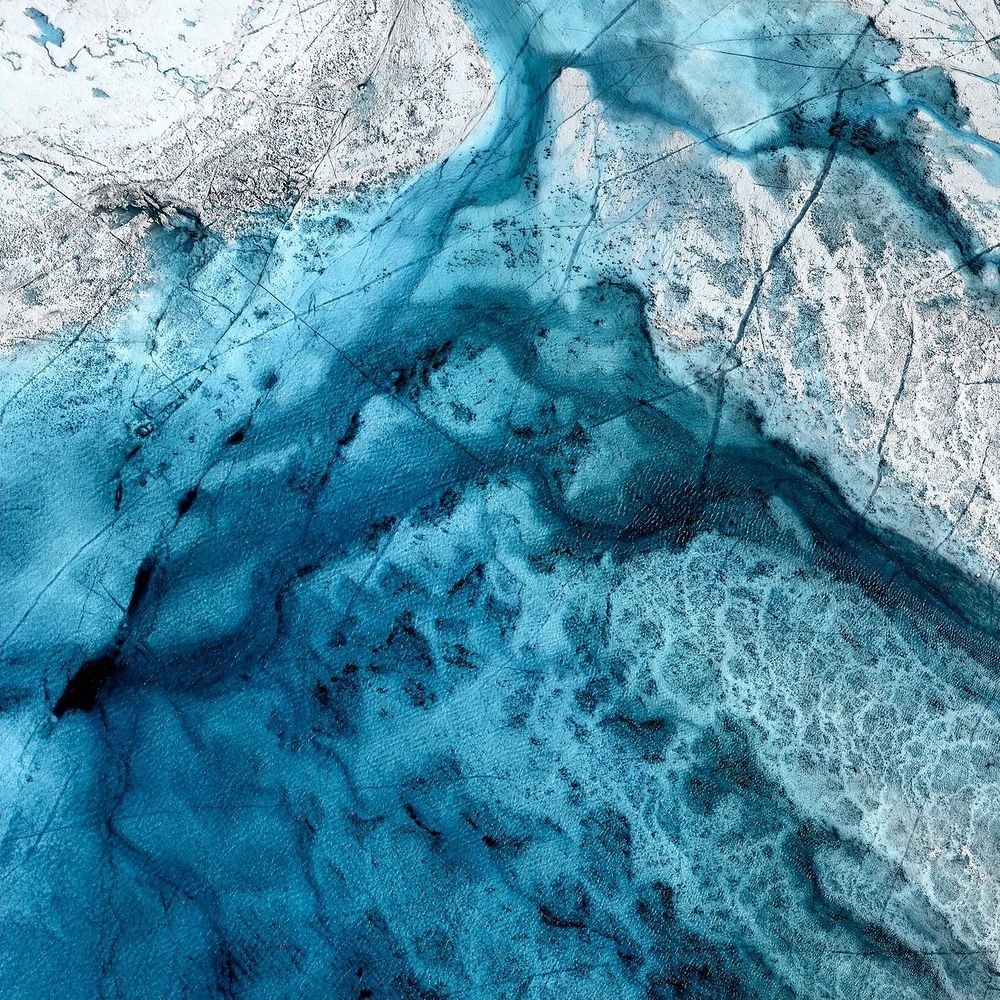 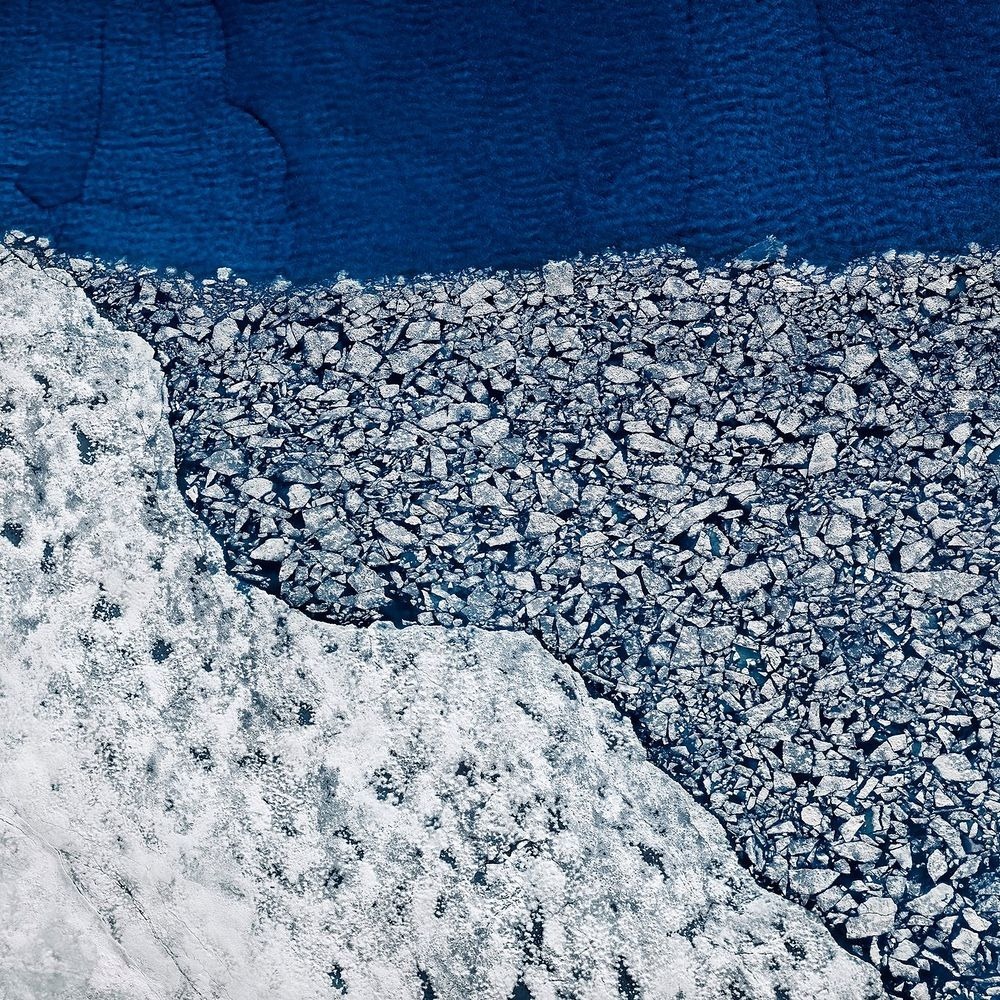 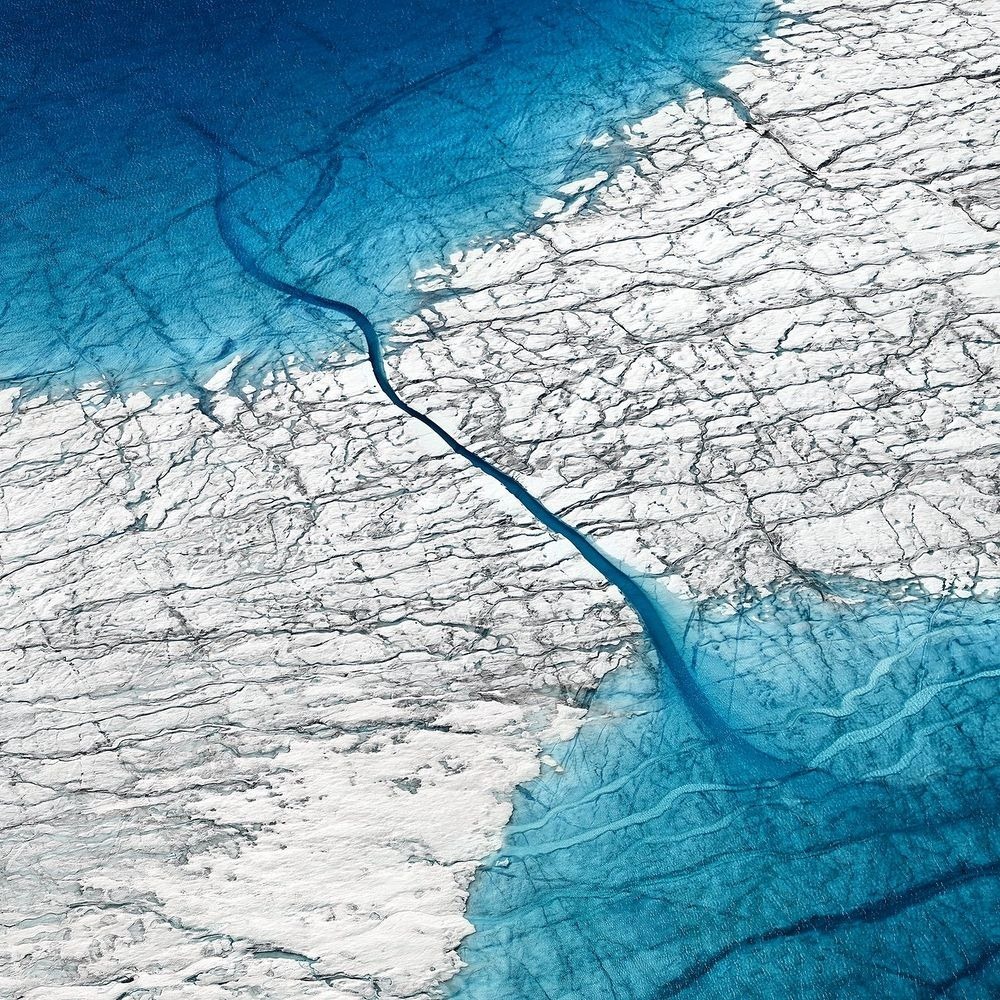 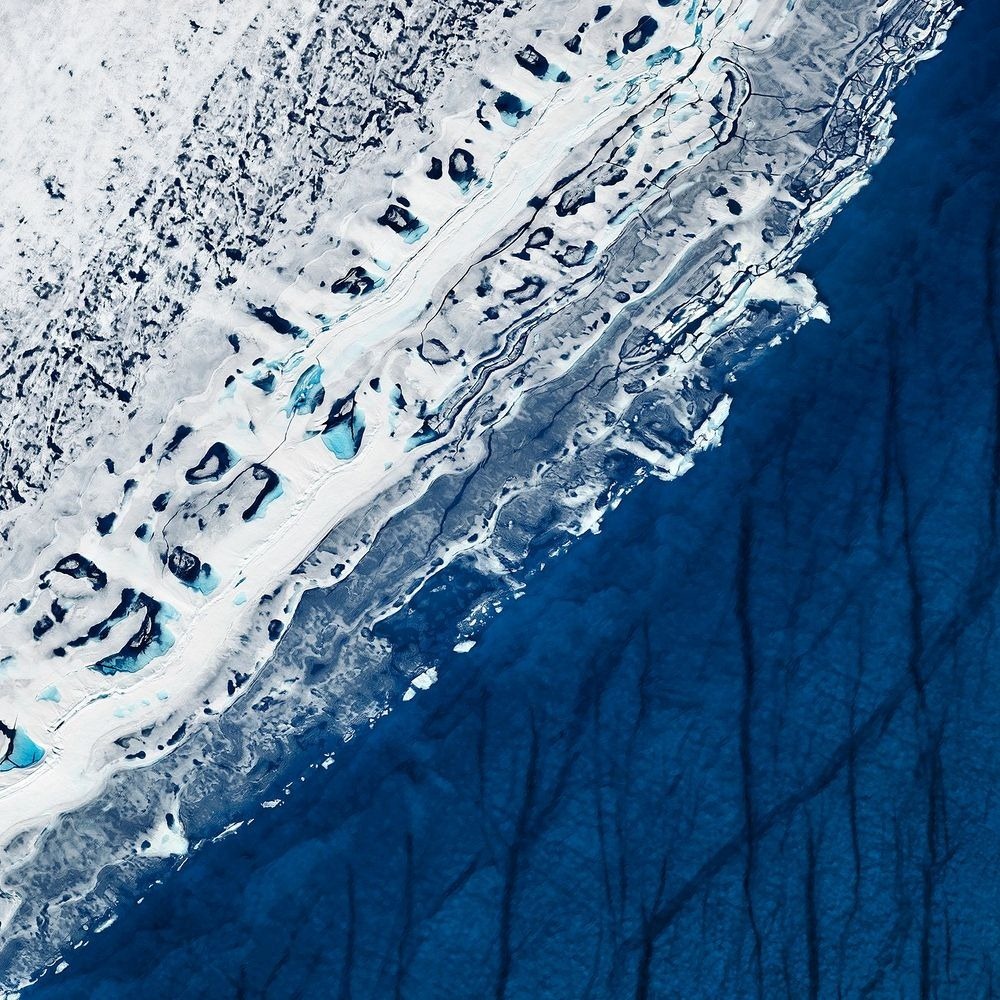 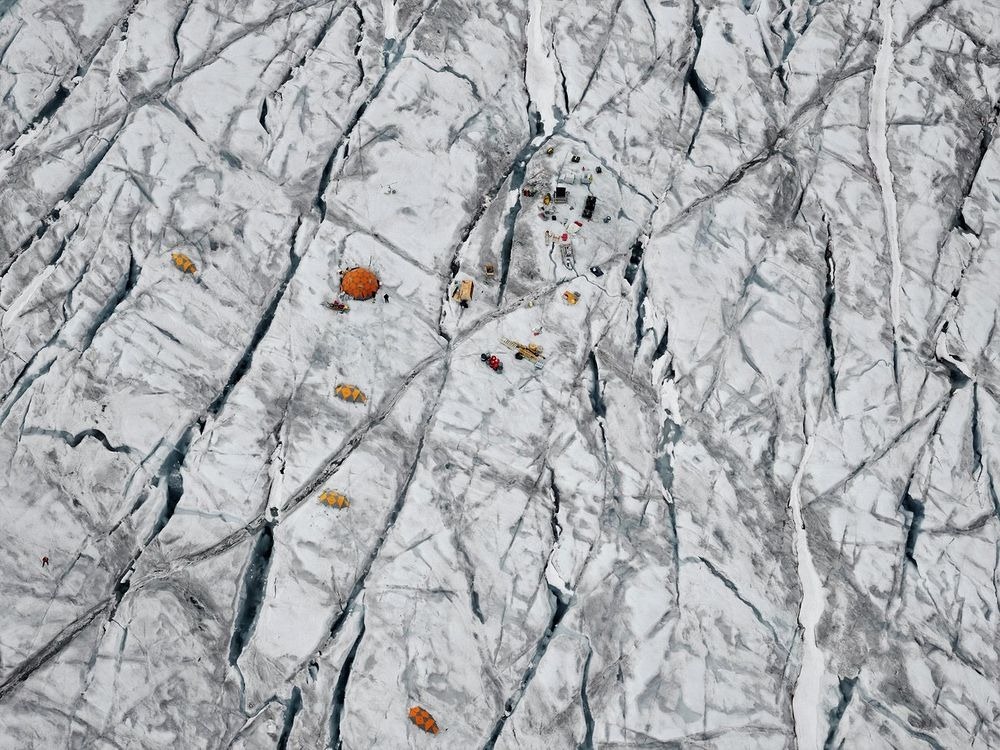 The Scott Polar Research Institute from Cambridge working on the ice cap.

4 thoughts on “The Terrifying Beauty of Melting Icecaps”