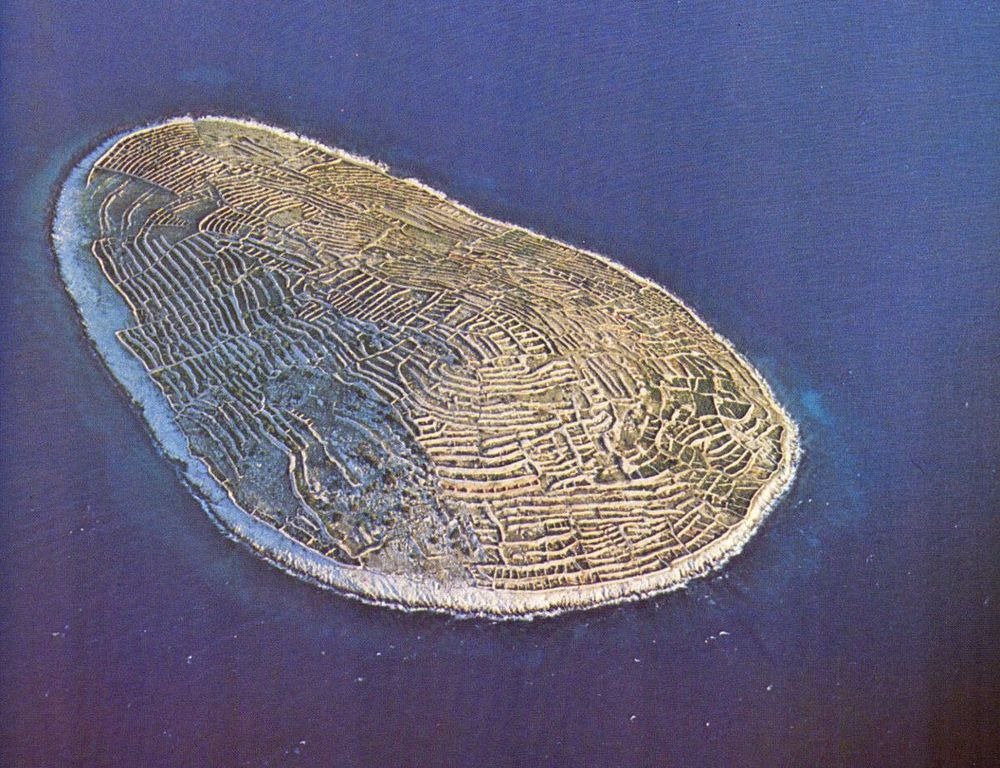 This tiny island in the Adriatic Sea, off the coast of Croatia, has been under a lot of attention in recent times. Located in the Sibenik archipelago on the Dalmatian coast, this small island of 1.4 square kilometer is completely covered by a web of dry stone walls. When viewed from the air, the oval-shaped island of Baljenac, (also spelled Bavljenac), looks like a giant fingerprint with long lines of low walls resembling ridges and grooves of the skin.

Like many west European nations such as Ireland, Britain and Scotland, much of Croatia’s countryside and the coastline is hugged by dry stone walls. These construction date back to centuries and were used historically to mark boundaries between adjacent agricultural lands. The walls are built without mortar to hold the stones together. Instead, builders carefully select stones and stack them snug together like puzzle pieces. 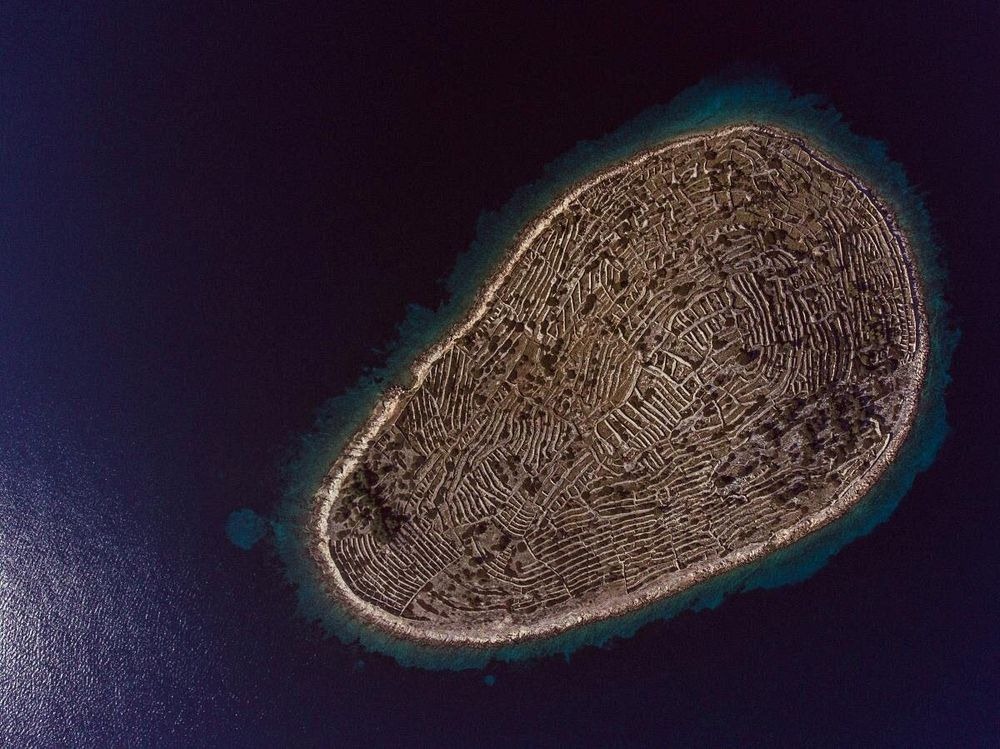 Many of Croatia’ coastline is characterized by karst topography—in other word, it’s rocky. To cultivate this rocky terrain, farmers painstakingly picked rocks out of the soil and then used the same to construct walls around geometric plots, creating, in some cases, a grid that stretched for kilometers. In Baljenac, an island just half a kilometer long, the walls stretch for 23 kilometers. Recently, the Croatian government has been pushing the UNESCO to include the island and its dry stone walls in their World Heritage Sites list.

Aside from defining agricultural boundaries, the walls also keep out strong winds known as “bura”, that makes cultivation possible in exposed locations along the coastline. In Pag, an elongated island having the longest coastline in the Adriatic Sea, farmers have built long walls out of dry stone whose cumulative length is over a thousand kilometers. 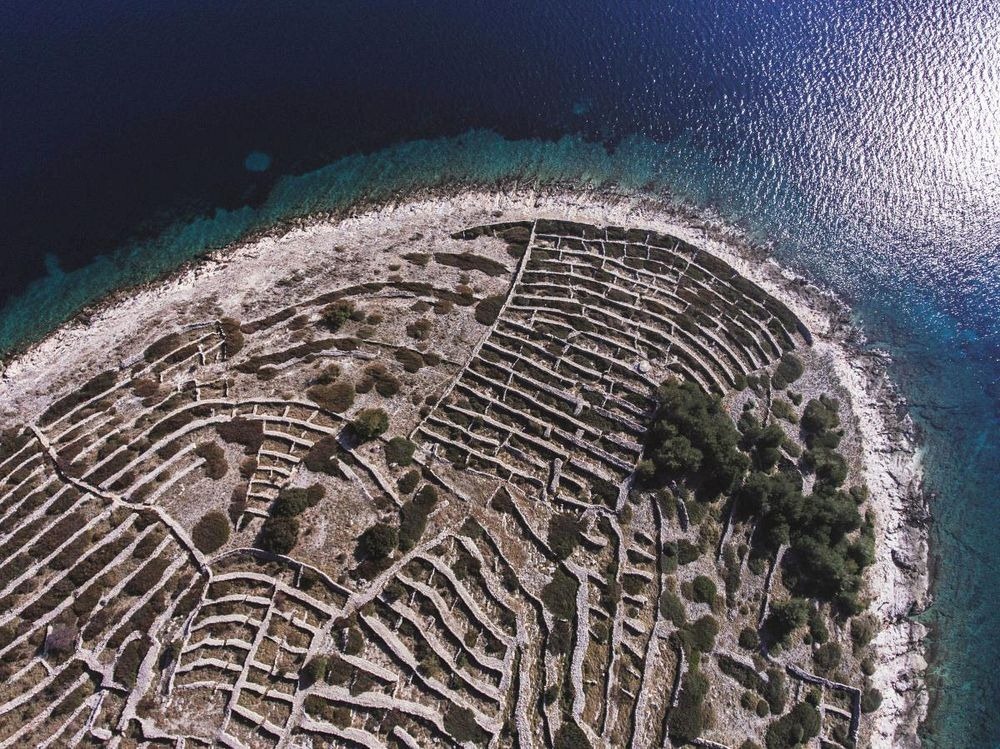 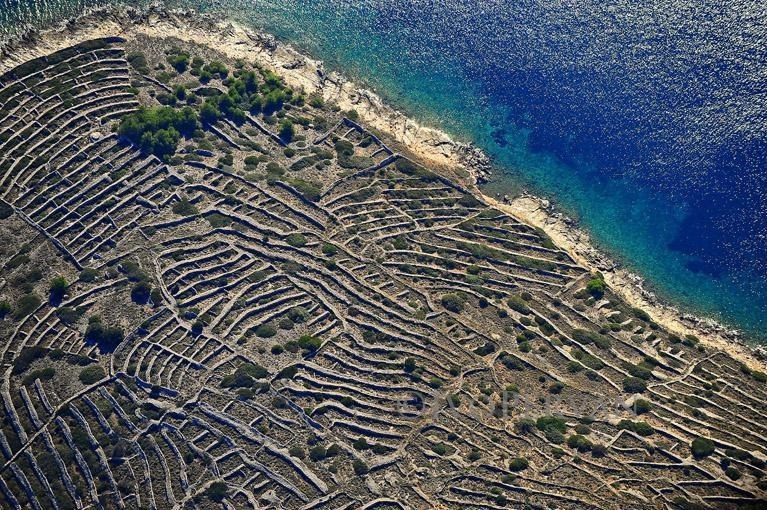 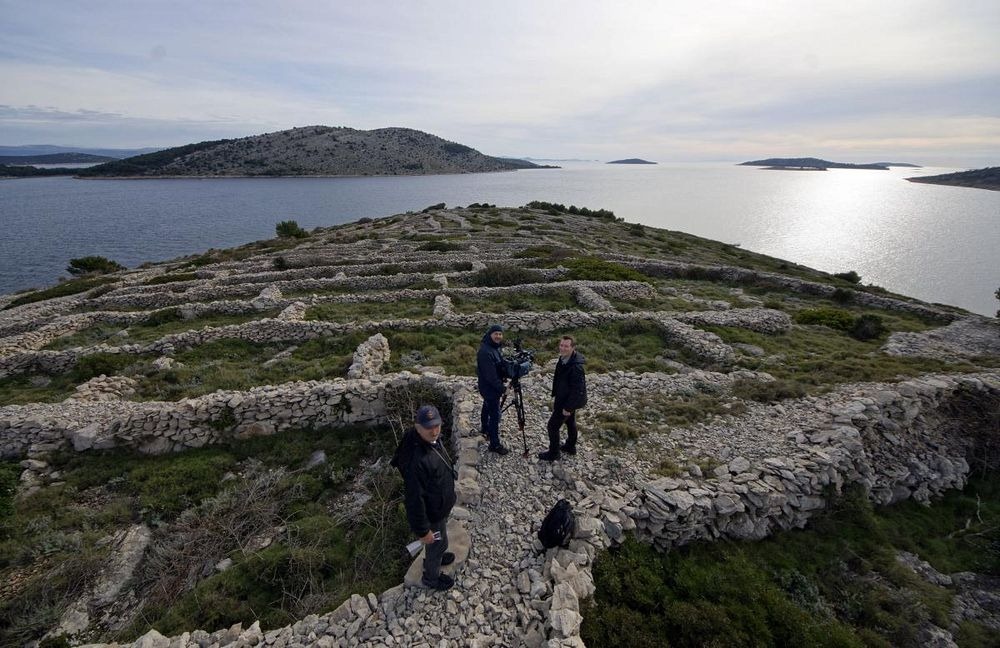 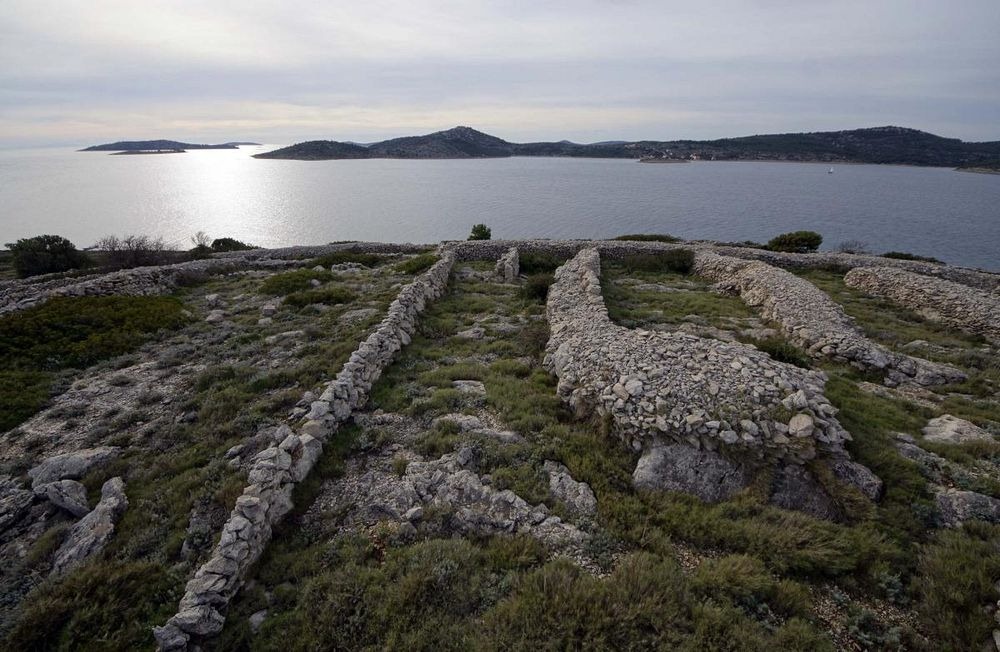