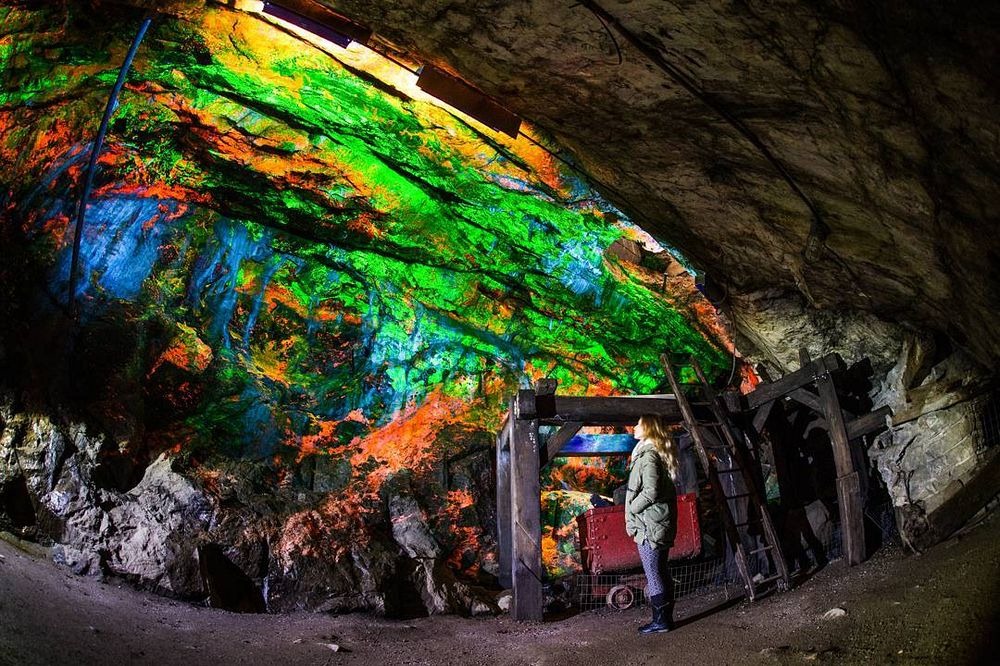 The Sterling Hill Mining Museum in New Jersey, United States, is known for its variety of immersive and educational exhibits, but is best known for its massive collection of fluorescent minerals.

The fluorescent exhibits are displayed along the walls of the so-called Rainbow tunnel that was excavated in 1990. The walls of the tunnel are lined with rare minerals that glow bright green and red under ultraviolet light.

The museum was originally an old zinc mine, and one of the oldest in the country, having opened in 1739. When the mine closed in 1986, it was purchased by Richard and Robert Hauck and opened as a museum in 1990. 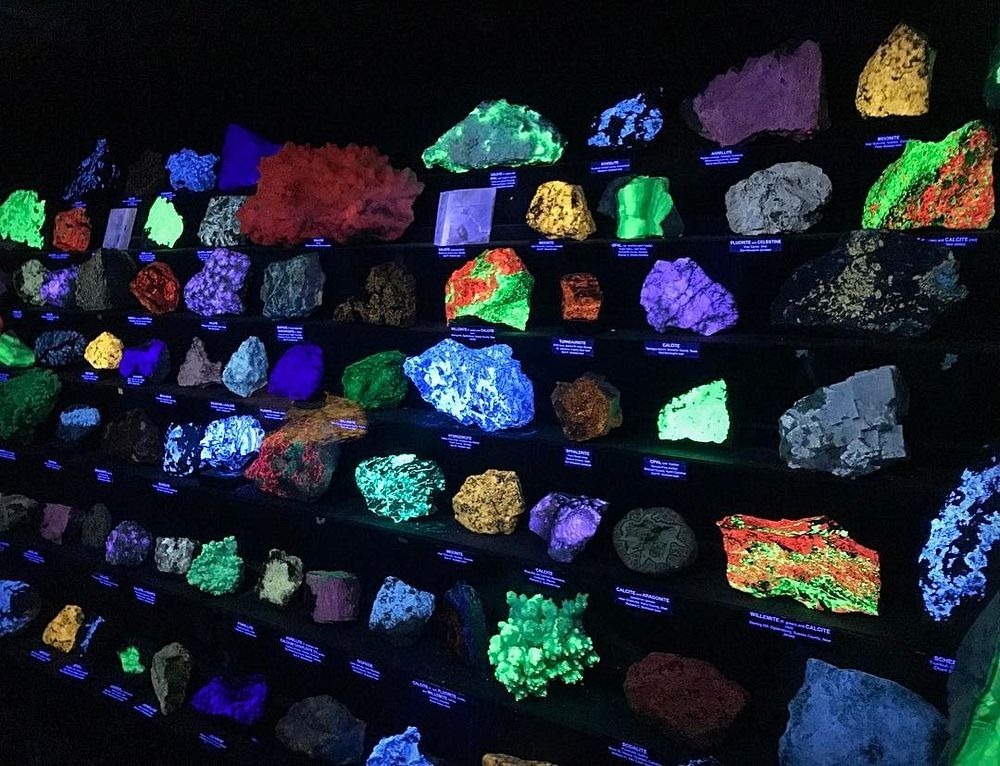 The ore that was mined here was fabulously rich in content, averaging more than 20 percent zinc, and occurred in thick seams that went to a depth of more than 2,550 feet below the surface through tunnels totaling more than 35 miles in length.

Sterling Hill is the treasure chest of minerals. Together with the nearby Franklin Mine, 2.5 miles to the north, more than 350 different mineral species have been found here — a world record for such a small area. More than two dozen of these have been found nowhere else on Earth. The mine is equally famous for its fluorescent minerals. Almost 90 different mineral species have been documented as fluorescent.

Geology.com explains what causes fluorescence in minerals. Quoting from the website:

The color change of fluorescent minerals is most spectacular when they are illuminated in darkness by ultraviolet light (which is not visible to humans) and they release visible light.

According to an article on the website of the Washington University in St. Louis, about 15 percent of minerals are fluorescent. 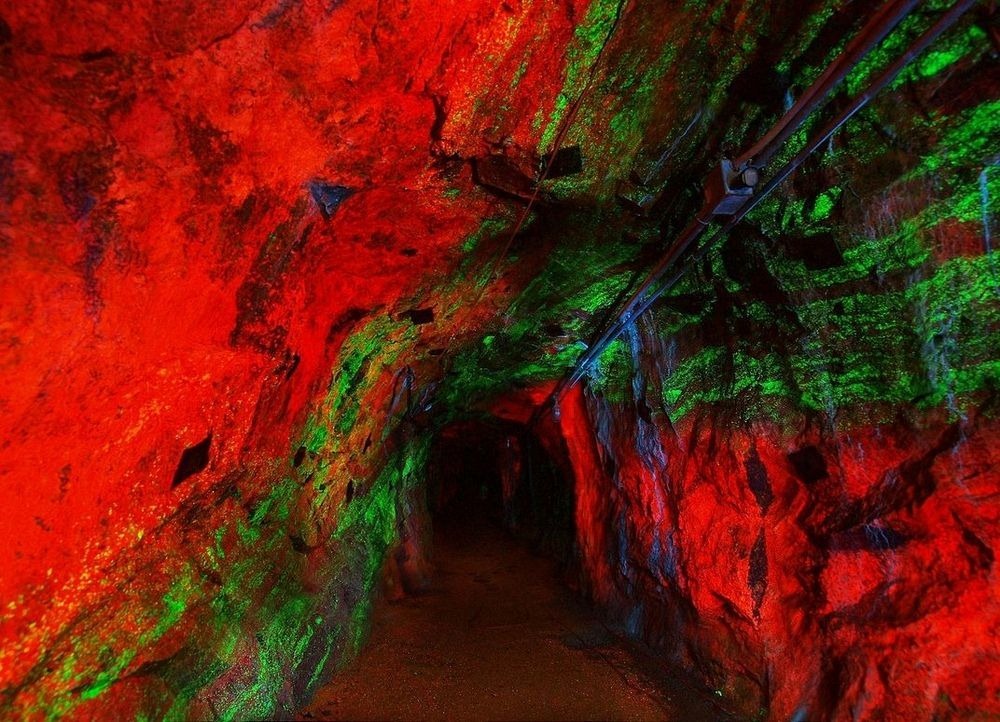 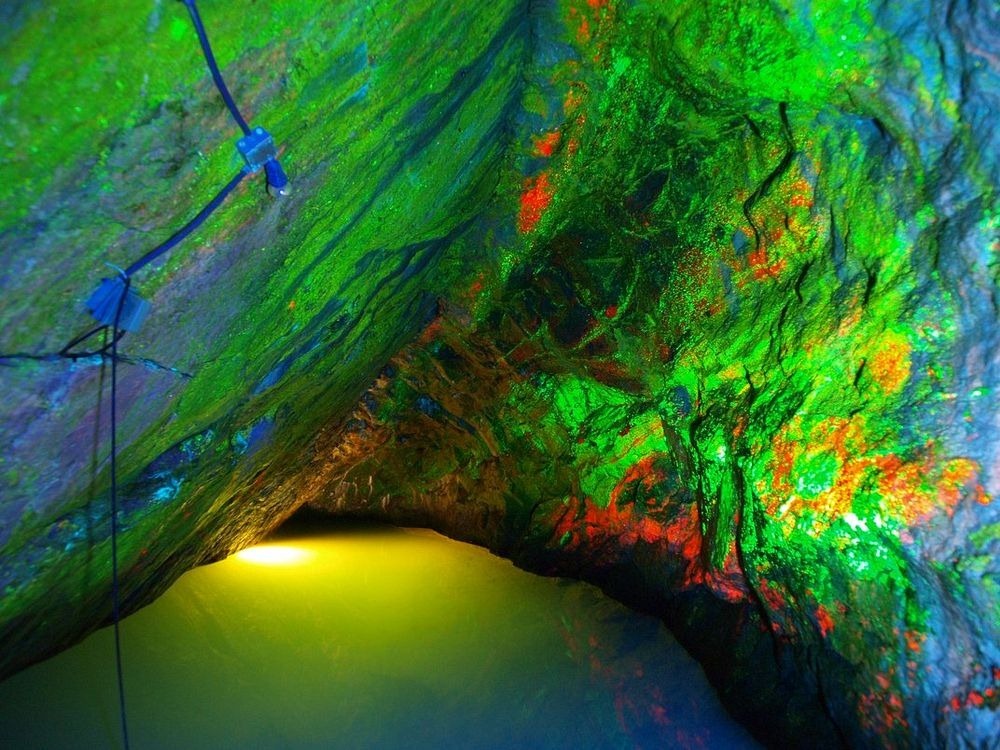 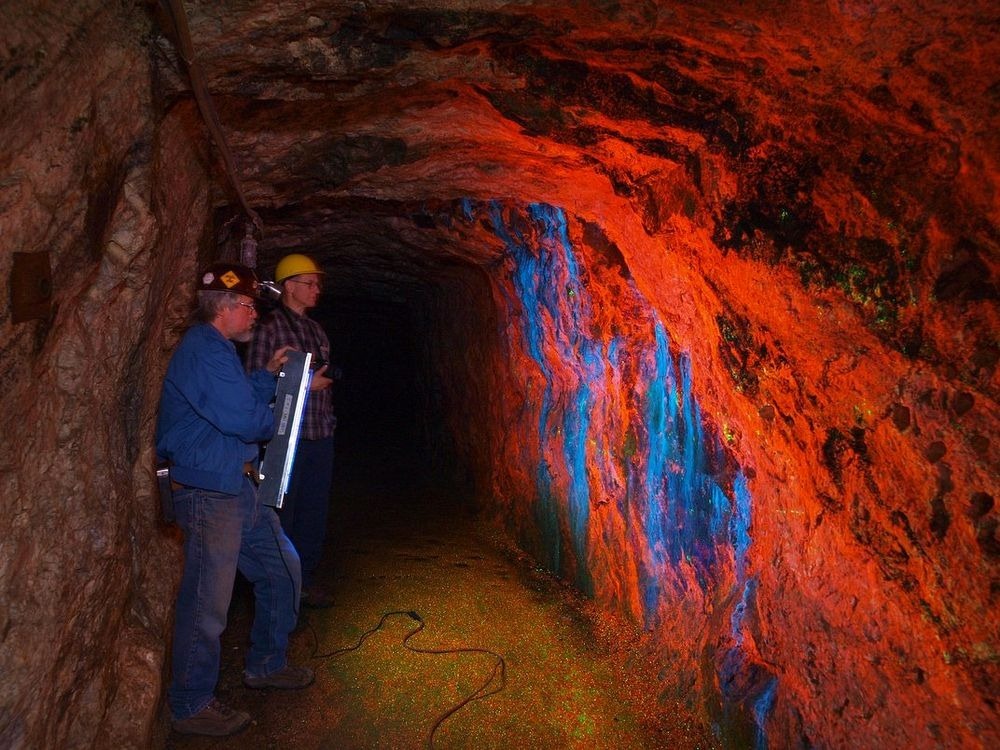 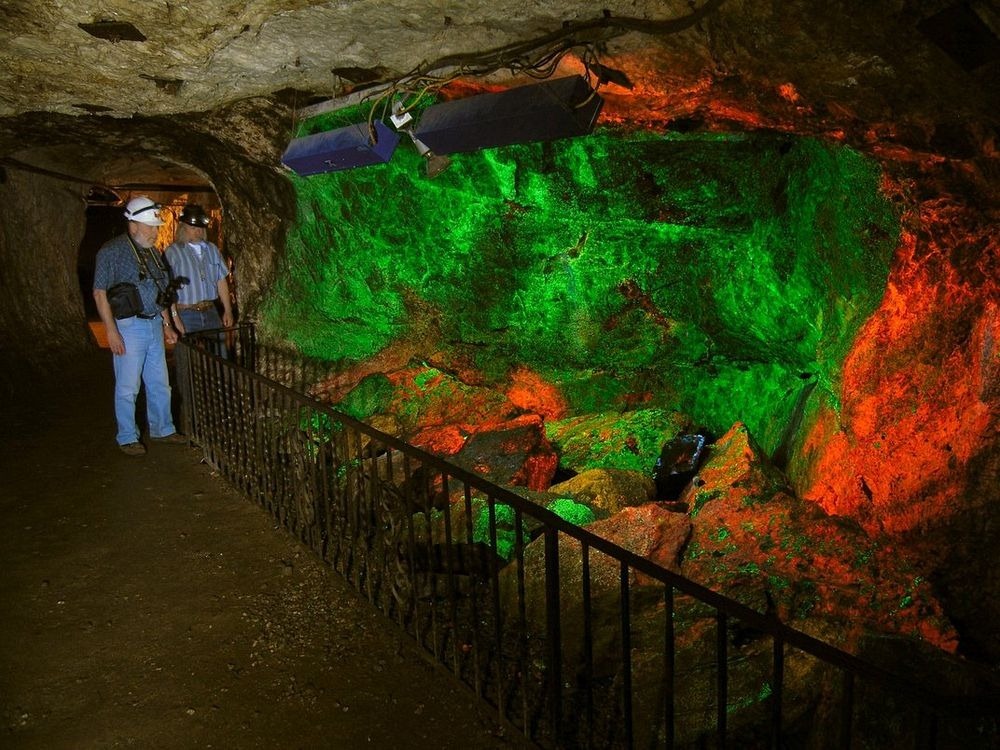 6 thoughts on “The Fluorescent Rocks of Sterling Hill Mining Museum”