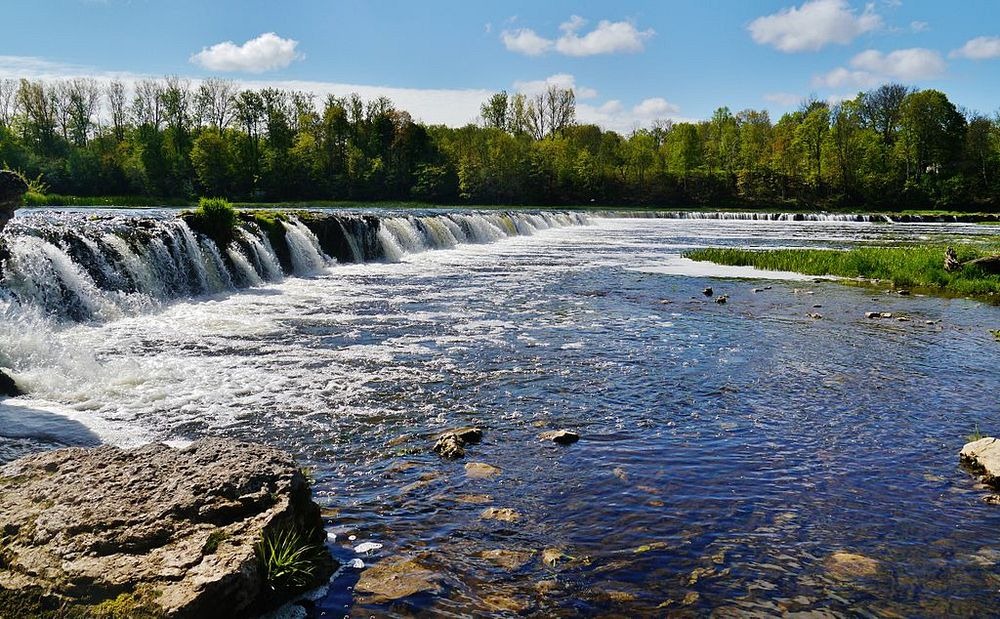 At just 2 meters tall, the Venta Rapid, or Ventas Rumba in Latvian, is one of the smallest waterfalls in the world. But its low height is compensated by its impressive width. At its widest, which happens during spring floods, Ventas Rumba is up to 270 meters wide making it the widest waterfall in Europe. Even during summer, when there is less water, the falls are about 250 meters wide.

The Venta Rapid flows over a layer of Devonian dolostone. Below it is a more fragile dolostone that has been slowly eroding away undercutting the harder layer on top creating overhangs, which fall down from time to time. As a result, the waterfall is slowly receding and as the stream in the central part is more powerful, the middle part has receded further upstream than the sides of waterfall. 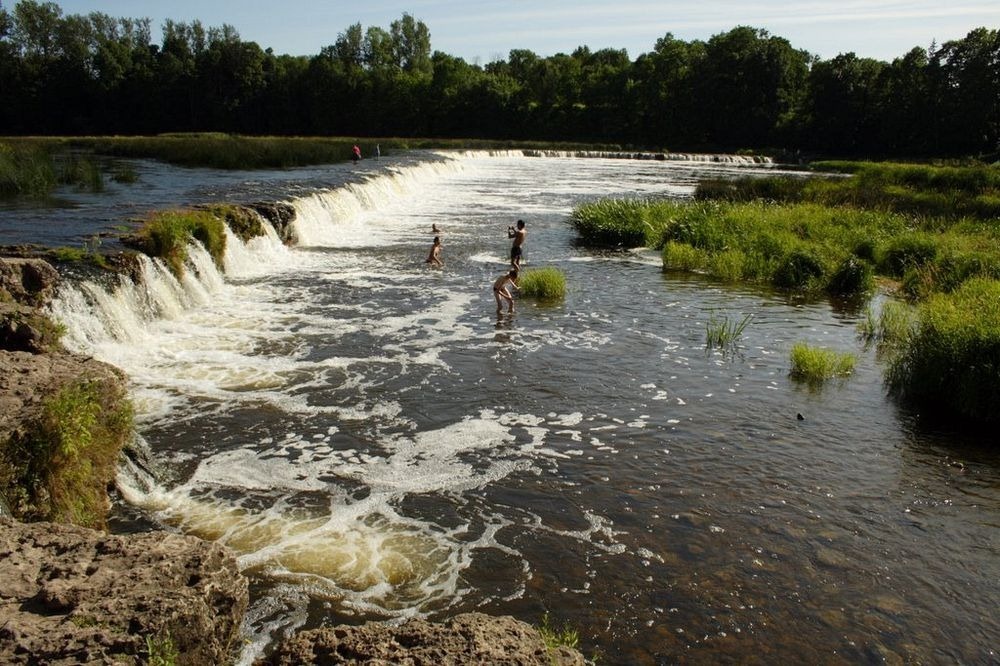 In the medieval period, the Venta Rapid was on obstacle for inland shipping route. So in the middle of the 17th century the construction of a bypass around the falls was started but works were abandoned as ships became larger and Venta as inland waterway became infeasible.

During spring and autumn when the water level rises and the walls became lower, spawning fishes going up the river try to get over the waterfall by jumping through the air. Local fishermen use this opportunity to catch fish by placing baskets along the length of the waterfalls.

Below the falls lies the historical brick bridge and the picturesque town of Kuldiga. 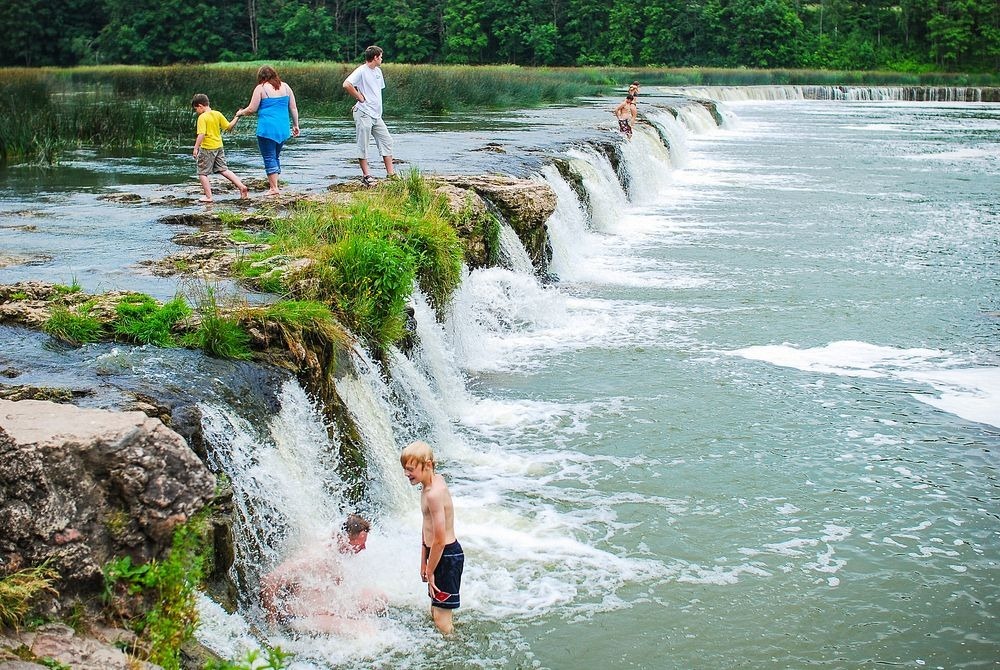 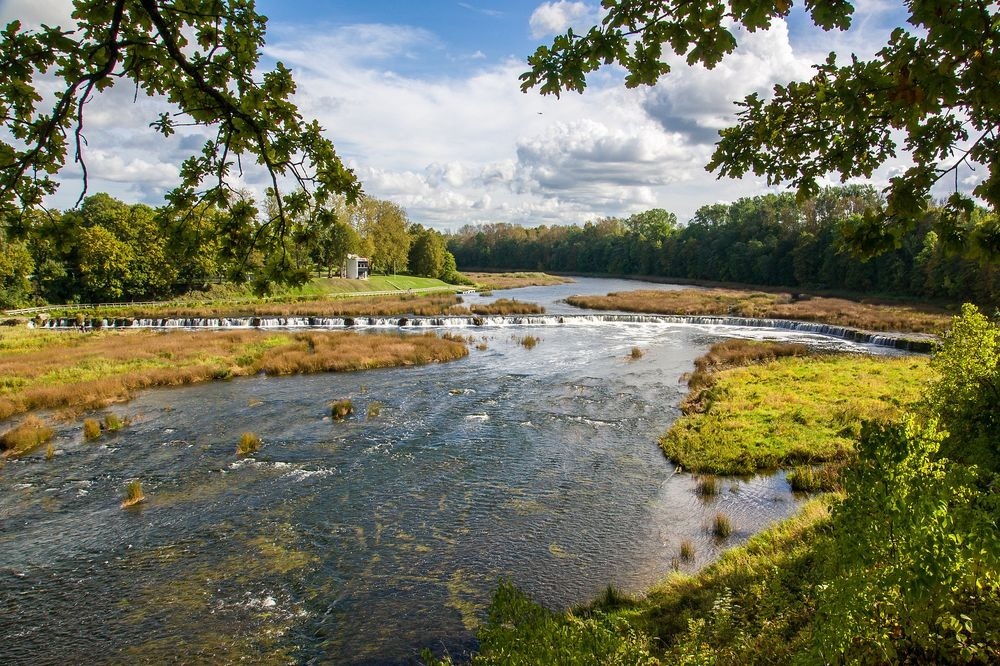