Equihen Plage, on the coast of northern France by the English Channel, is a small seaside village with a population of about 3,000. Up until the beginning of the 20th century, Equihen Plage was a fishing village with a dry harbor — the kind where fishing boats were launched into the sea by sliding them on logs. Today, the village is famous for its many inverted boat houses — locally known as “quilles en l’air”— that serve as unique holiday accommodation for travelers.

In the old days, it wasn’t uncommon to find old boats — both upright and inverted — along the coast where they were dragged high and dry upon the shore to be used for habitation. In Charles Dickens’ classic novel David Copperfield, Peggotty’s brother lived in such an old boathouse in Yarmouth (although not inverted as popular illustration suggests). 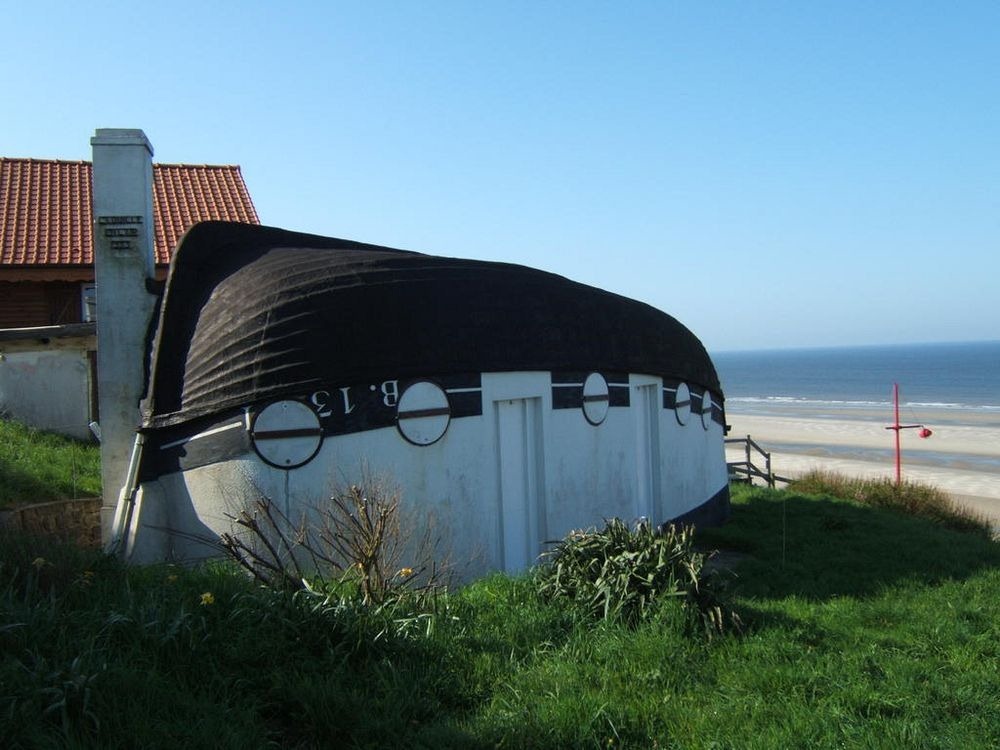 In Equihen Plage too, old boats unworthy for the sea were dragged up to high ground and turned upside down. The hull, which now became the roof, was covered in tar to ensure that it was watertight. A door cut out on the sides provided entry, while windows let in air and light. Even then, the interior was dark and stuffy.

The entire length of the boat served as a single room. Space for cooking and sleeping were shared.

During the Second World War, nearly all the boathouses got destroyed, but their legacy lingered on.

In the 1990s, about sixty years after their disappearance, the village decided to revive the ancient heritage and erected a couple of upturned boat houses and fitted them with modern facilities to entice tourists. They can be now rented with prices starting from about three hundred Euros. 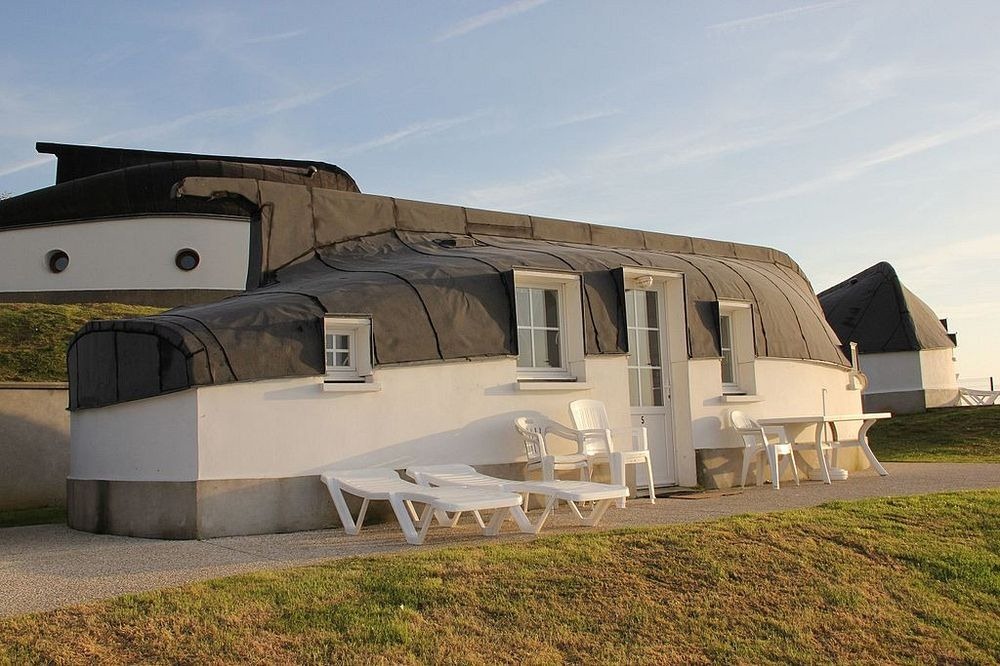 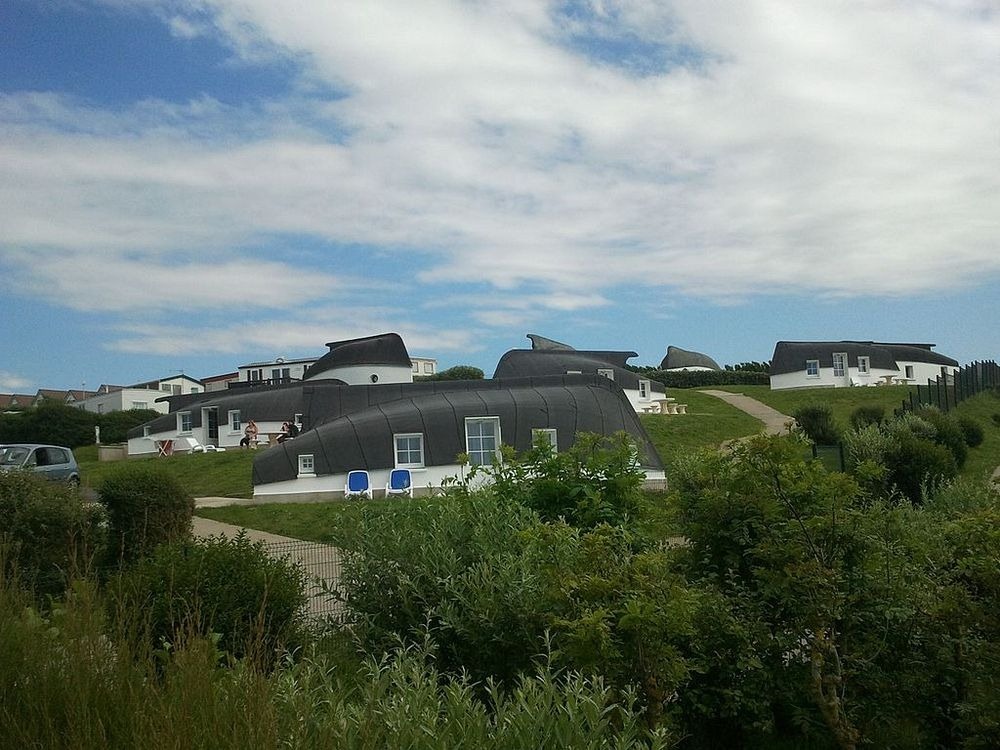 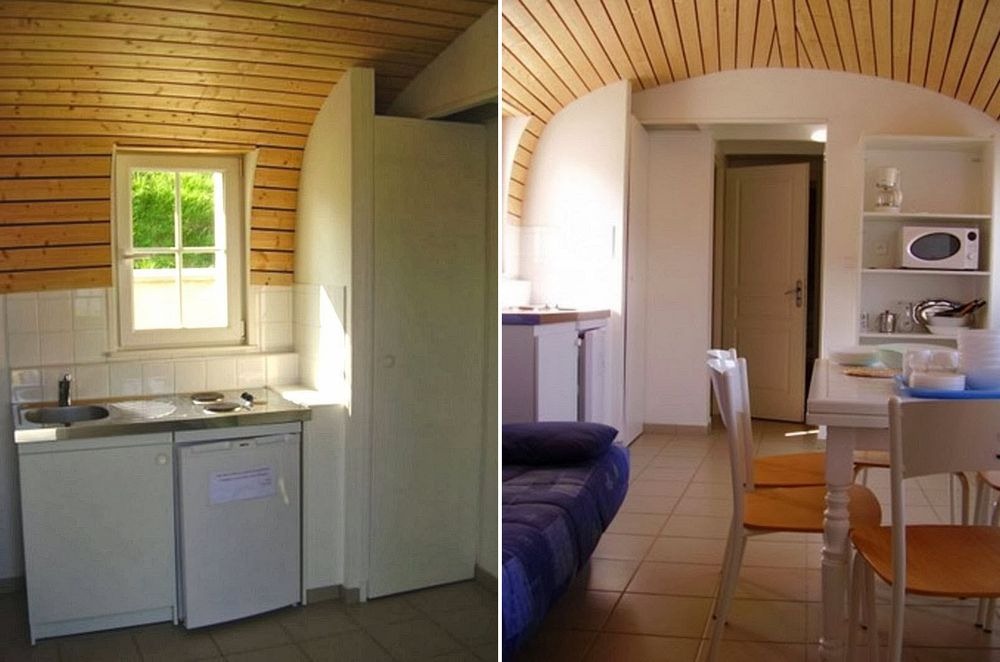 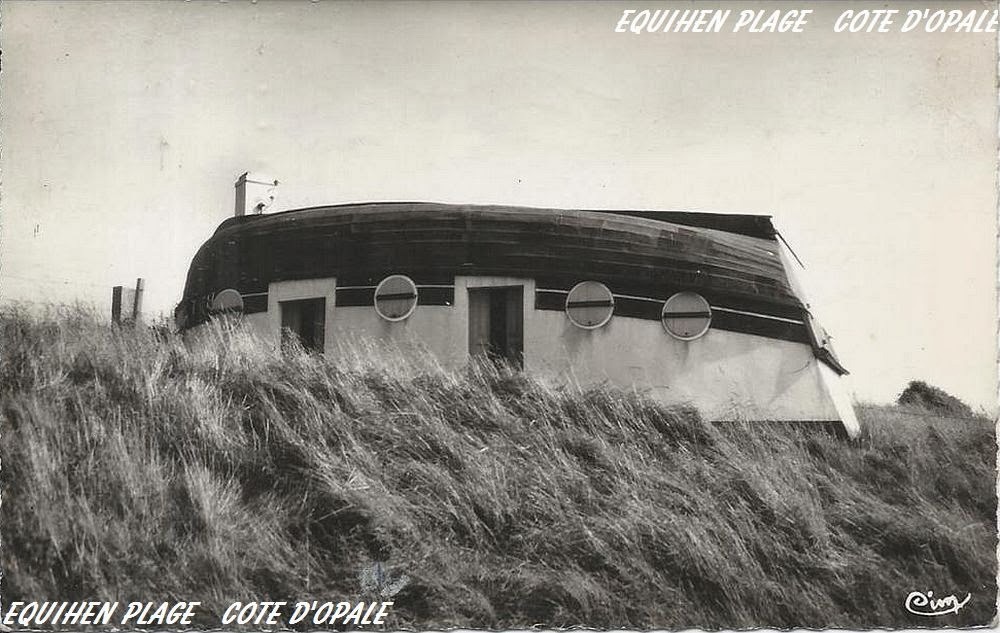 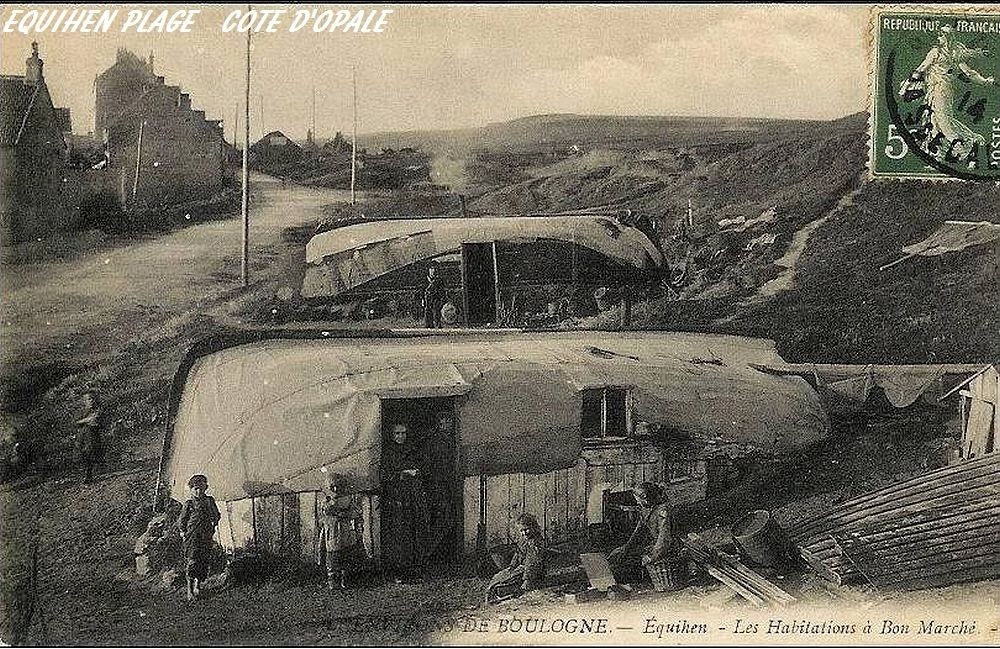 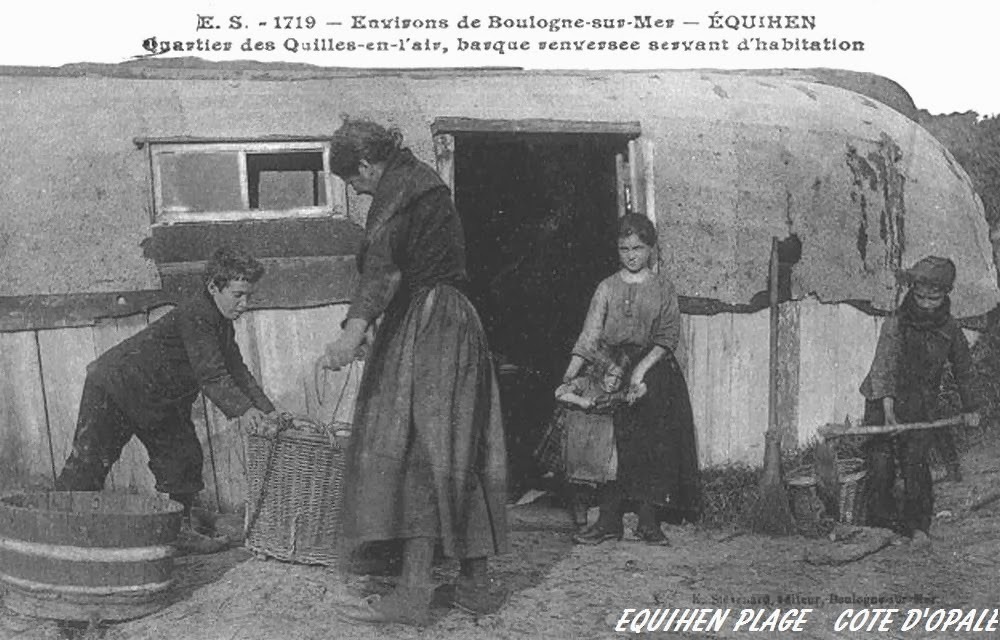 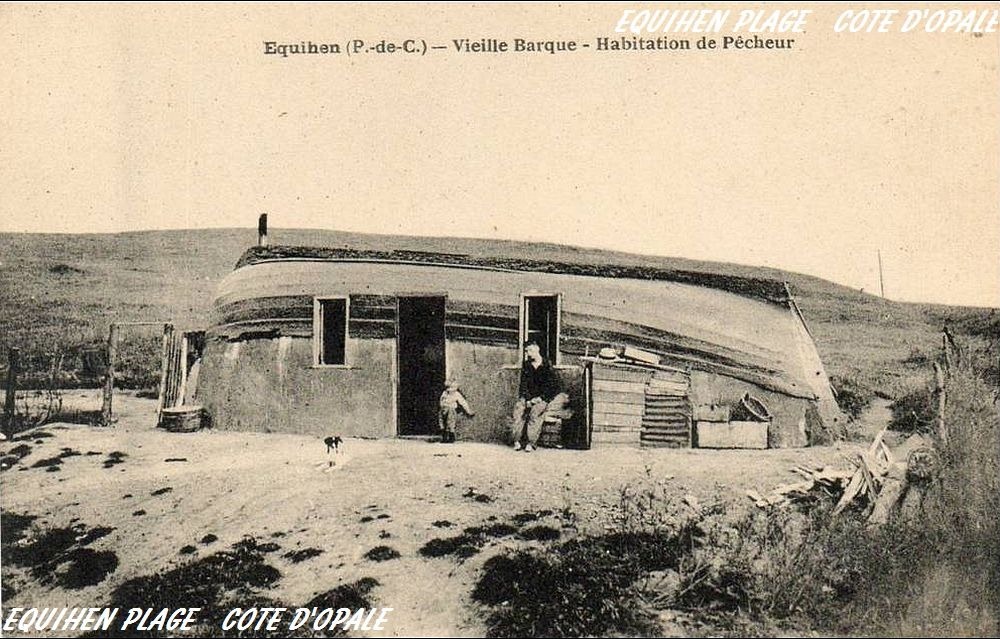 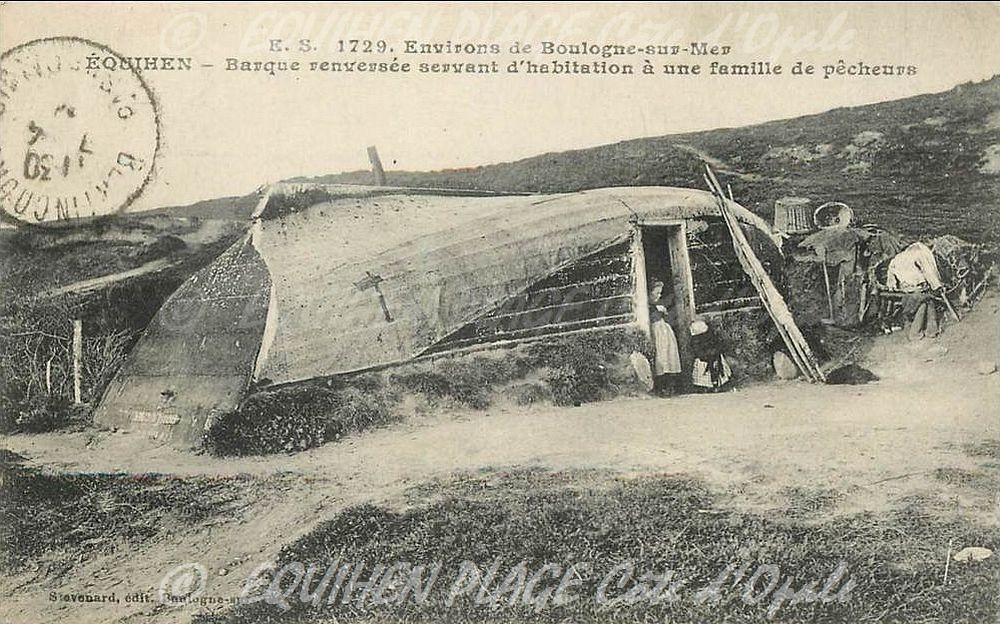 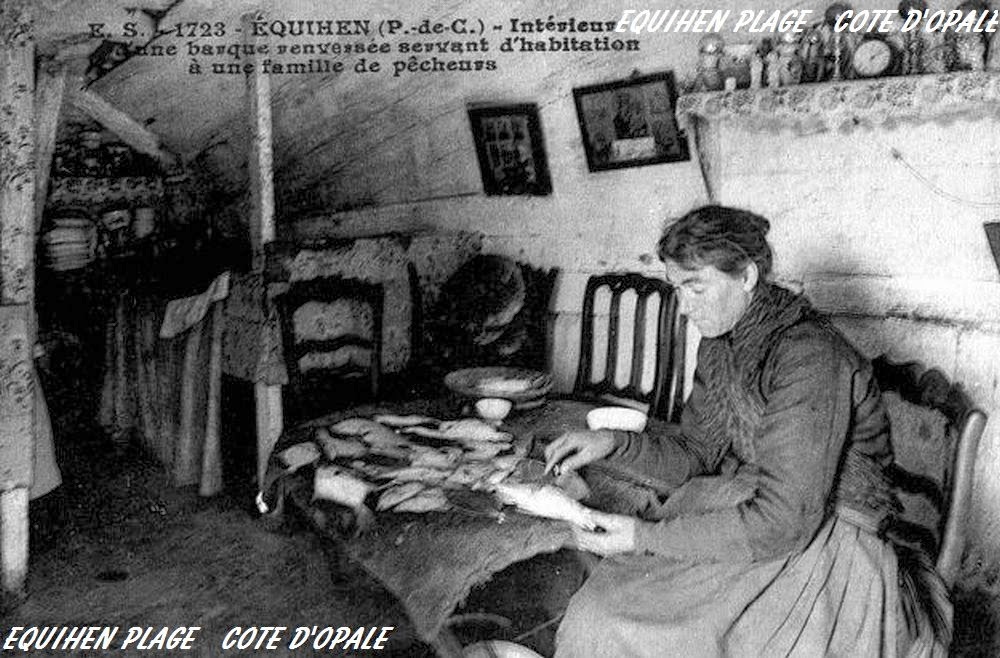 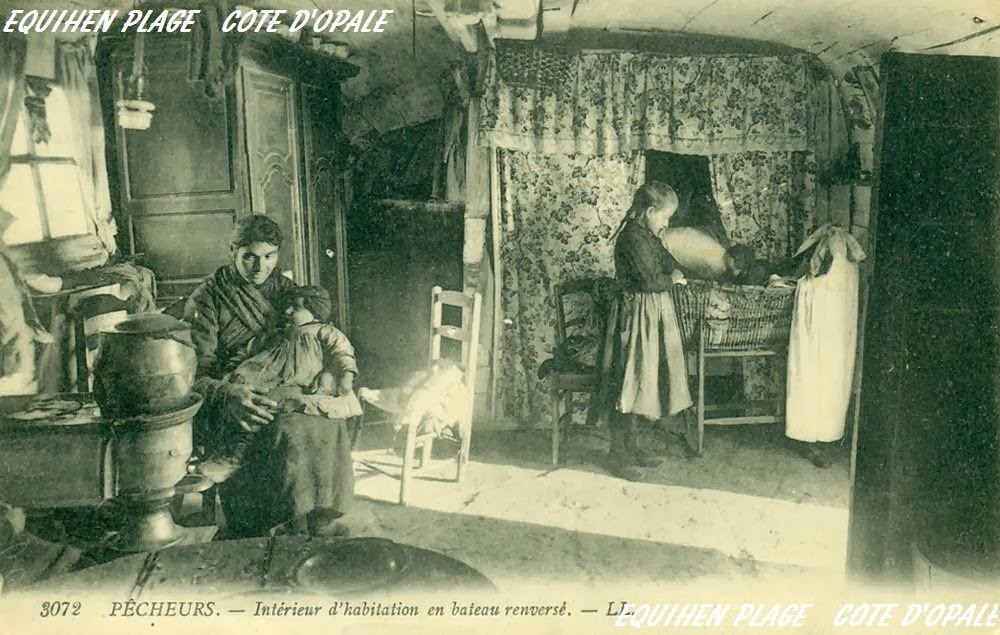 12 thoughts on “Equihen Plage: The Village of Inverted Boat Houses”