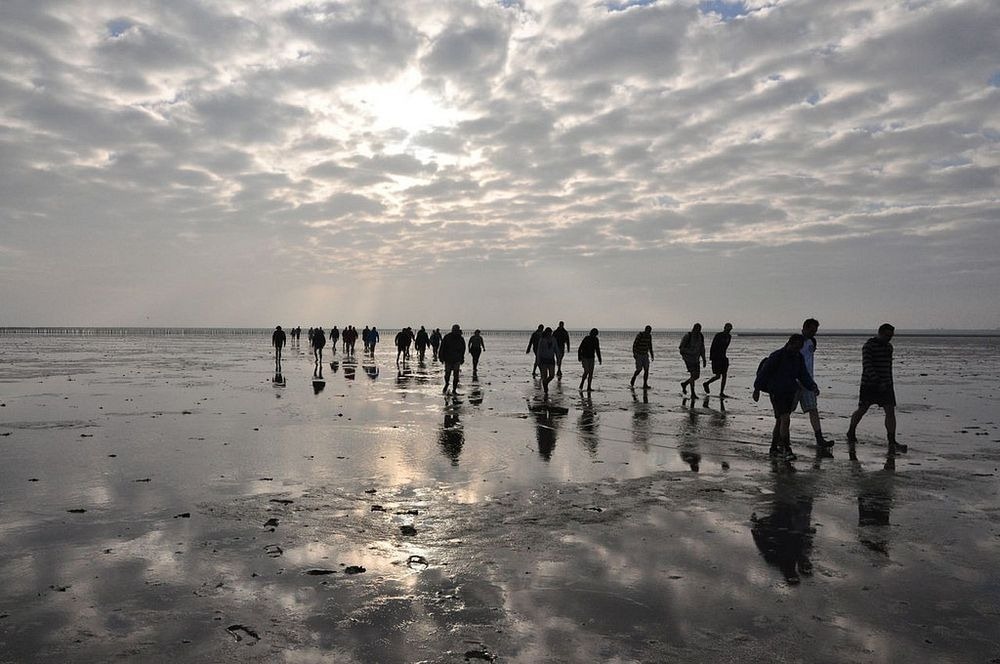 The southeastern edge of the North Sea, along the coast from Denmark through to the Netherlands, is a shallow belt of mudflats and barrier islands. Usually, it remains underwater, but twice a day when the tide goes out, the waters retreat a massive 15 km revealing a huge expanse of tidal flats. This region is known as the Wadden Sea and it’s described as “one of the last remaining natural large-scale intertidal ecosystems” on earth.

The Wadden Sea stretches from Den Helder in the Netherlands in the northwest, past the great river estuaries of Germany to its northern boundary at Skallingen north of Esbjerg in Denmark along a total length of some 500 km and a total area of about 10,000 square km. 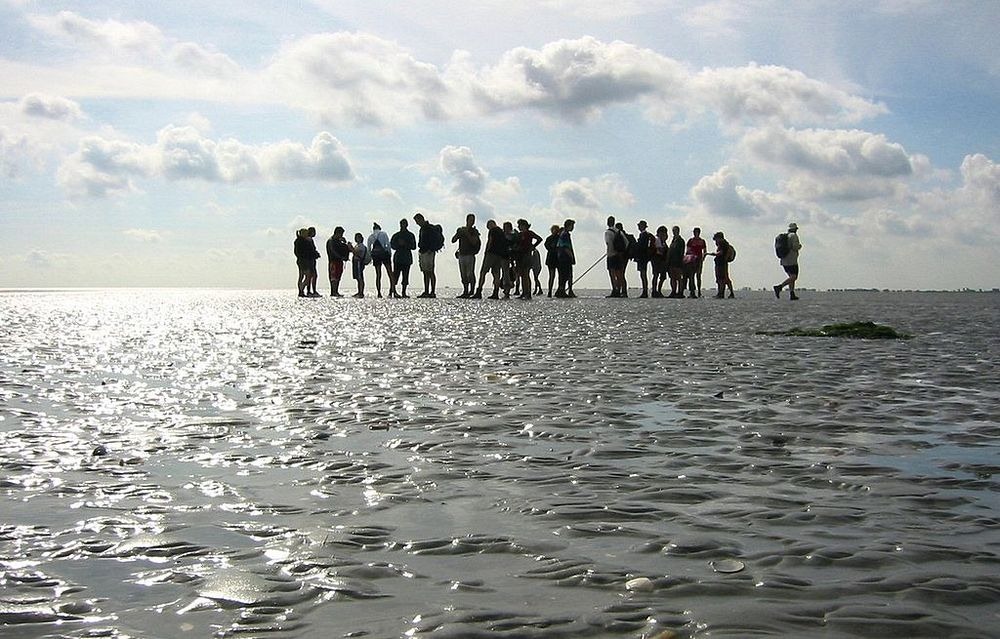 A group of mudflat hikers on the Wadden Sea near Pieterburen, Netherlands. Photo credit: Wikimedia

A favorite pastime among the Dutch and the Germans is hiking the mudflats when it’s exposed—an activity known as Wattwandern in German and Wadlopen in Dutch.

Wattwandern is usually done barefoot, allowing the mud to ooze around the fingers and naturally massage the foot as one walks. Cockles, mussels and worms wiggle under the feet while prawns, small crabs, snails, and starfishes stranded by the retreating sea flash by the ankles. Every year tens of thousands of people walk across the mudflats to one of the several islands in the Wadden Sea left high and dry by the low tide. The walk is dangerous as the mud can sometime sink in without warning. There are marked routes and is important not deviate from the path. 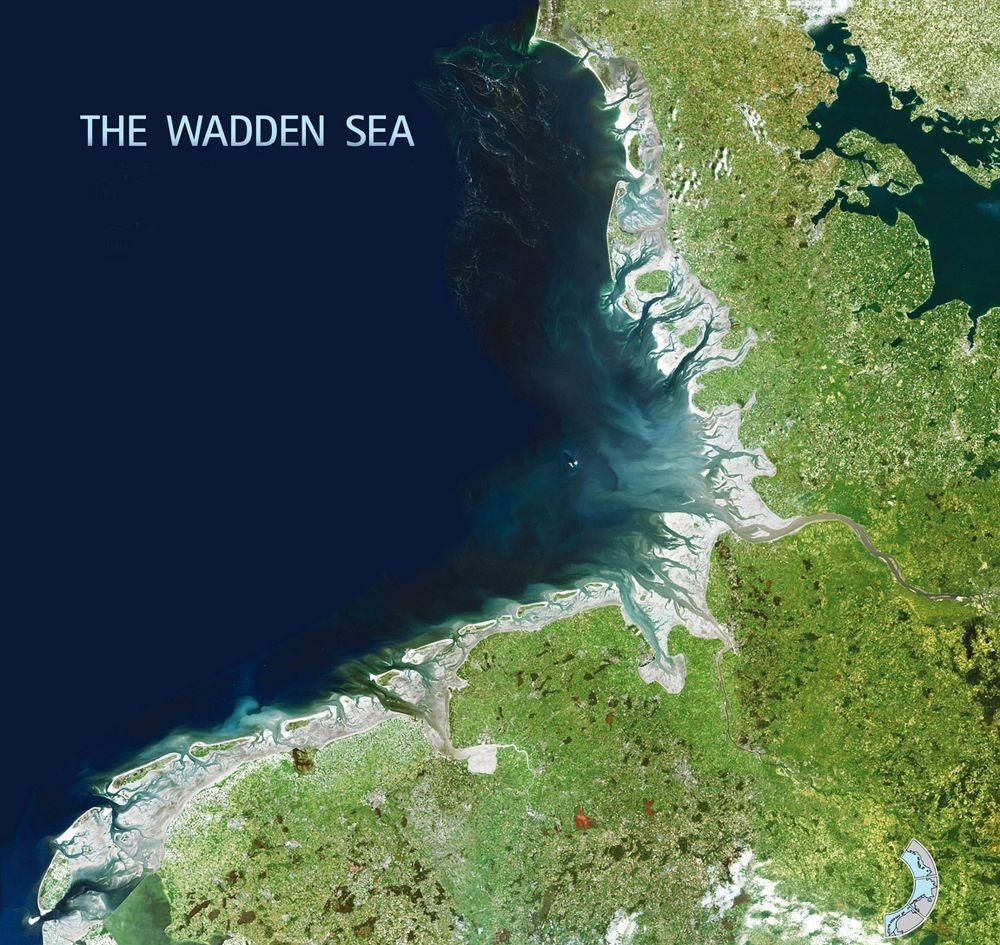 The Wadden Sea is incredibly rich in biodiversity. More than 10,000 species of plants and animals live in this region, from microscopic organisms to fish, birds and mammals. Many fish species use the Wadden Sea as a nursery using the shallow basin to raise the young. Once they become adults, they migrate to the North Sea. Wadden Sea is also rich in food that arrive in plenty with each tide, drawing a large number of migratory birds such as waders, ducks, and geese, as well as gulls, terns and seals — especially seals. More than 30,000 harbor seals live in the Wadden Sea, hunting for food when the sea is flooded, and sunbathing when the sea is out.

However, the biodiversity of Wadden Sea today is only a fraction of what was seen before exploitation by humans. Many species of fish such as Atlantic salmon, brown trout, sturgeons and others like lacuna rays, snails and oyster beds that were once found in the region have disappeared. North Atlantic right whales and gray whales that frequented the are were completely wiped out by whaling. The size of the Wadden Sea itself has reduced to about 50 percent its original size. 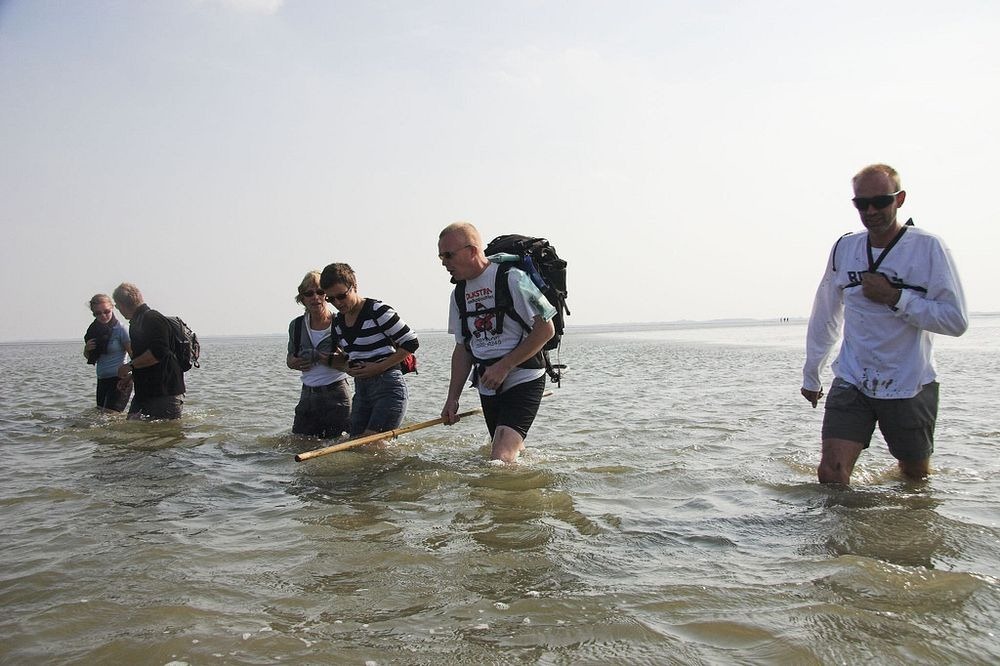 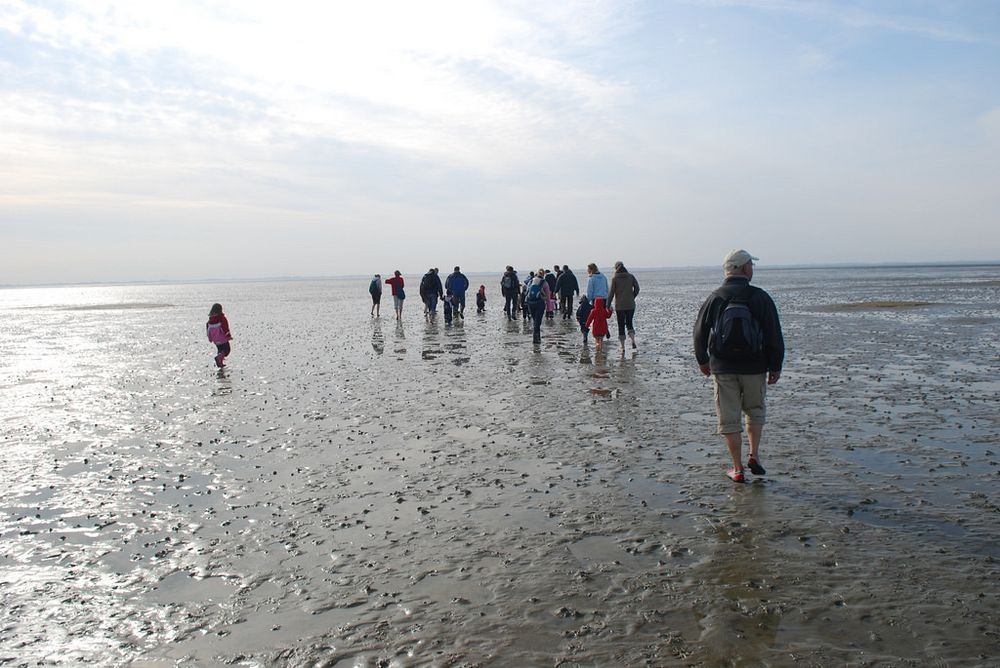 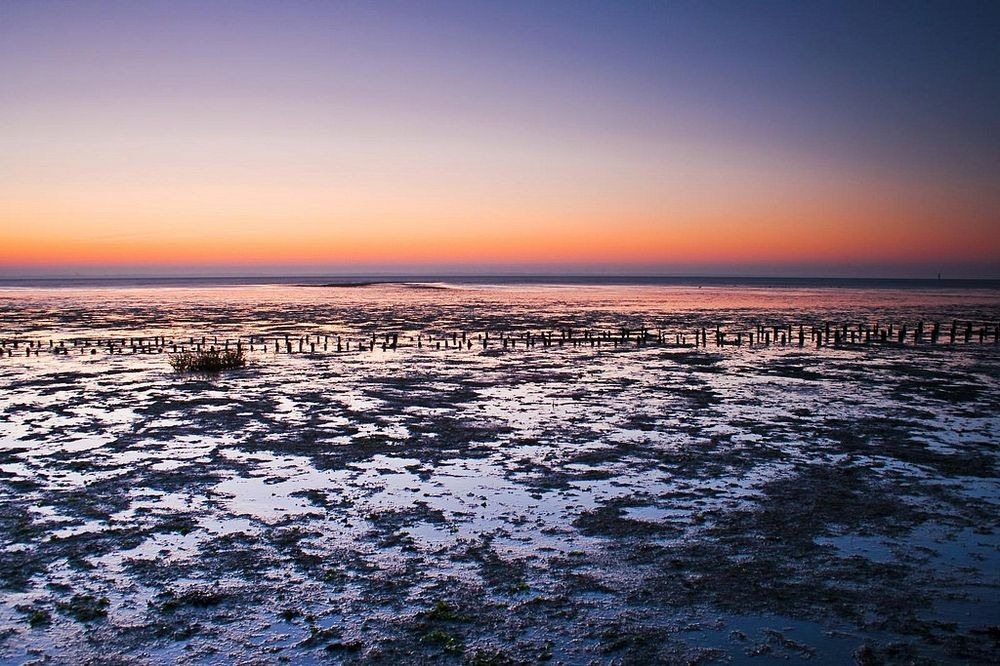 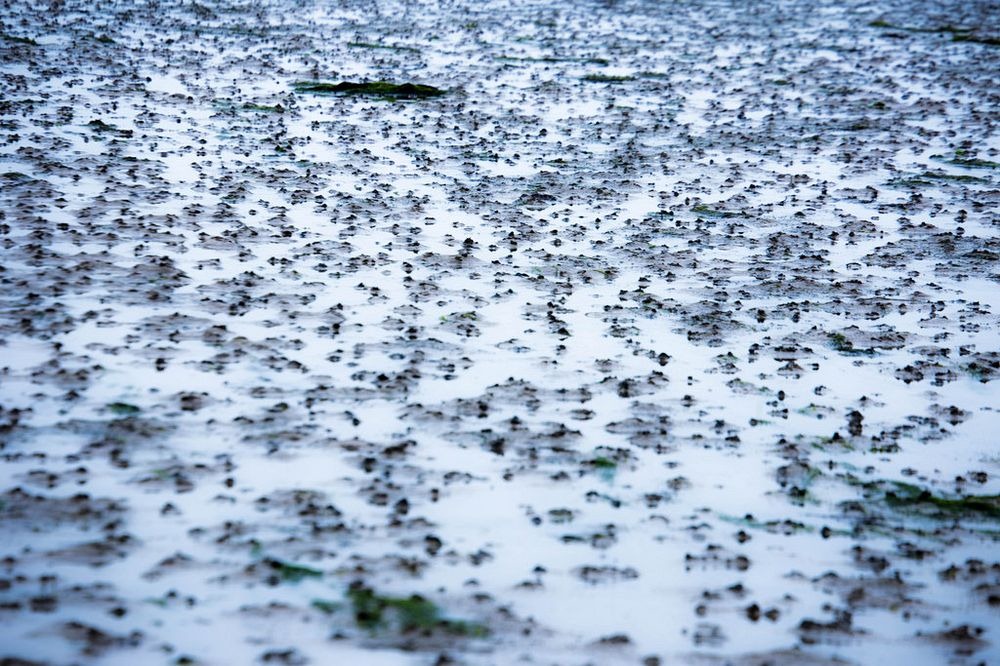 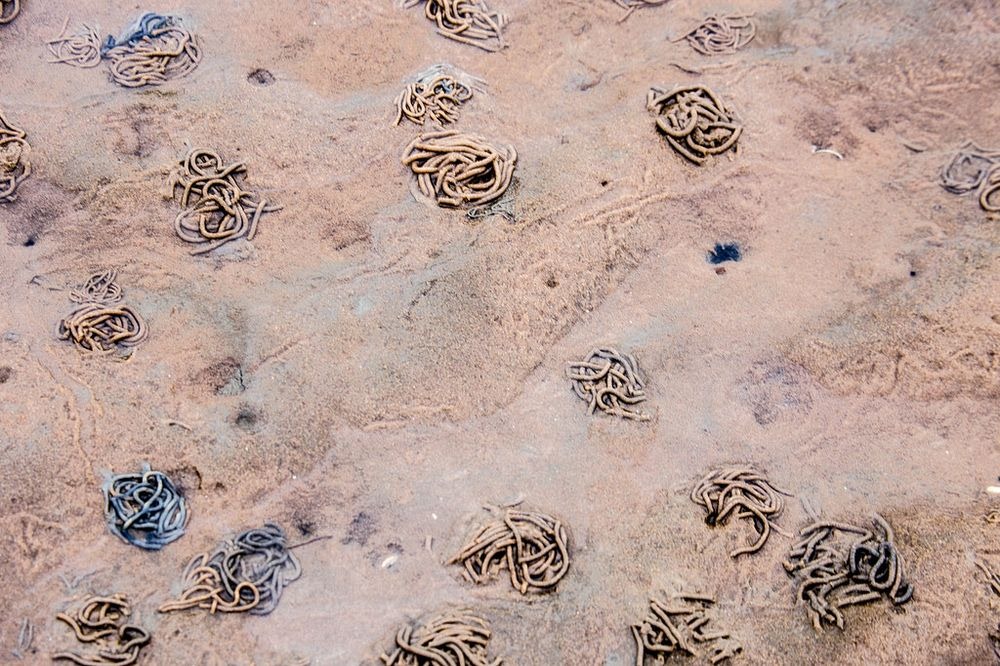 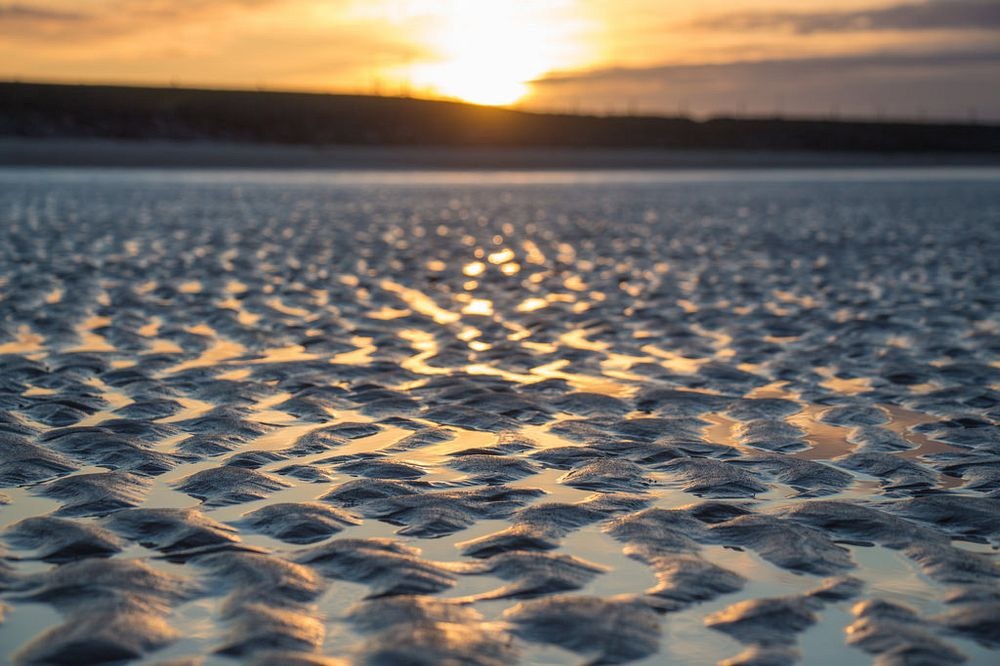 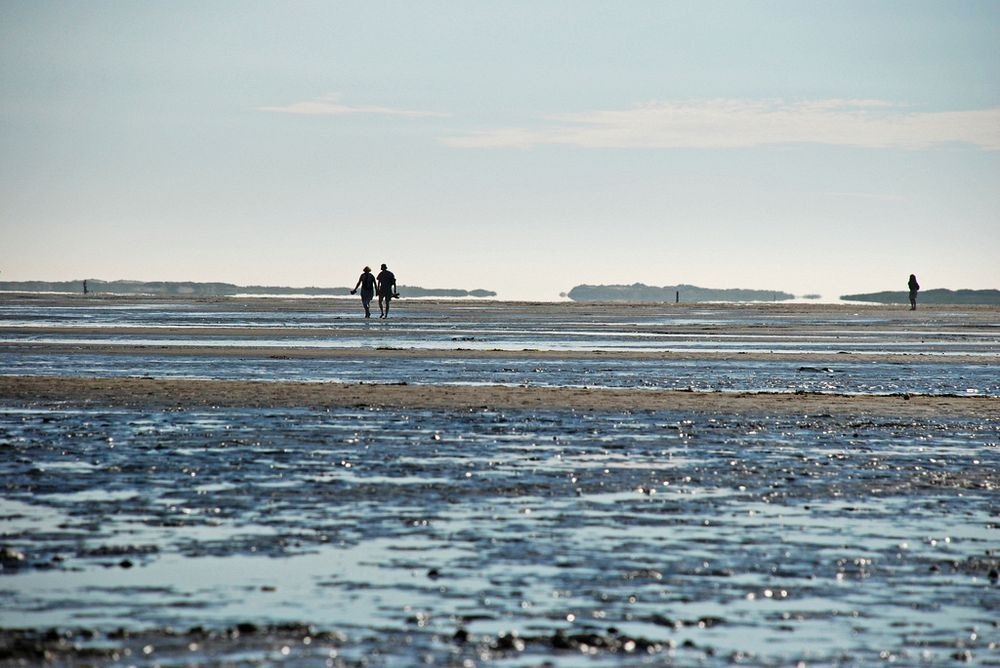 3 thoughts on “Mudflat Hiking in The Wadden Sea”