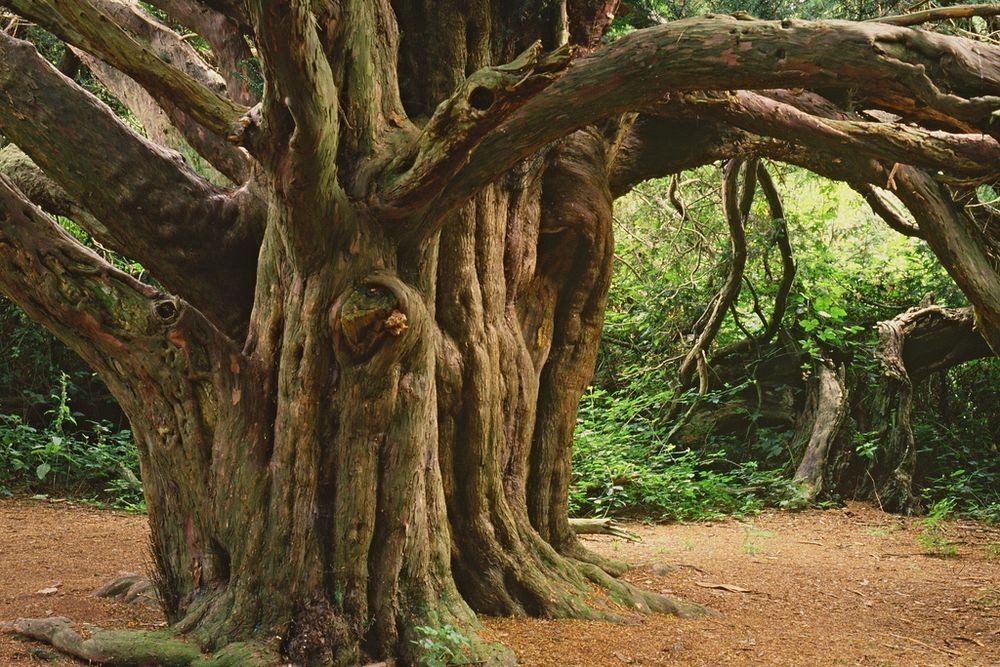 Tucked between Stoke Down and Bow Hill, near the village of West Stoke about three miles north west of Chichester, in West Sussex in southern England, is Kingley Vale National Nature Reserve. Established in 1952, it was one of the first National Nature Reserves to be opened in Britain. The reserve covers an area of 160 hectares, including one of the finest yew forests in western Europe. Some of the trees here are as much as 1,000 years old, their trunks contorted by age and countless storms into incredibly bizarre shapes. Giant side branches swirl into the soil like snakes, where they made secondary roots. From these young trees have arisen. The ground under these trees is so dark that no vegetation of any kind, not even grass, grow. 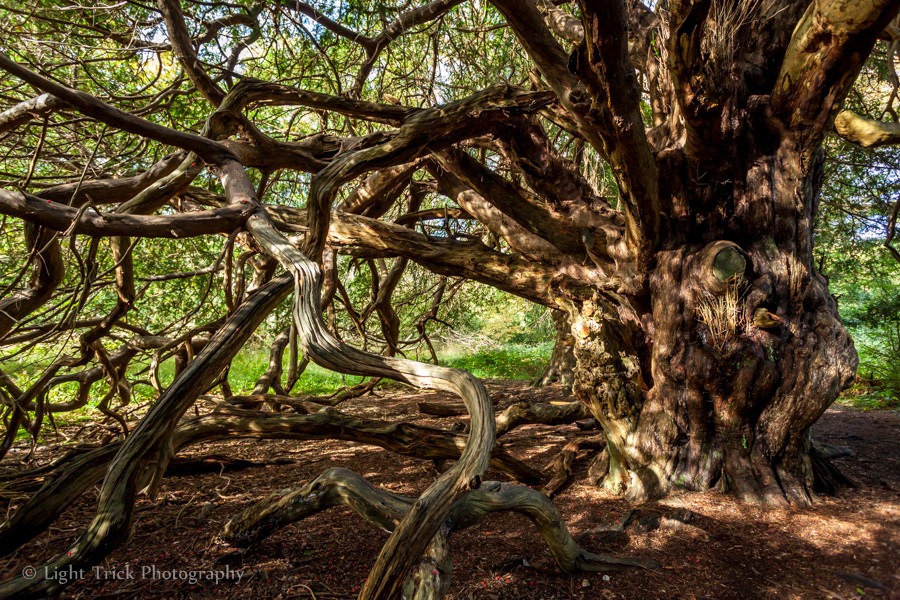 It’s hard to say how old the yews are at Kingley Vale. Yews typically have lifespans between 400 and 600 years, but some specimens can live longer. The age of yews is notoriously difficult to determine because as the trees age, their trunks becomes hollow which makes ring counting and carbon dating impossible as there is hardly any old wood left. Added to this, yews have this unusual ability to arrest their growth for centuries on end if conditions are unfavorable, until the environment becomes favorable again which reawakens the tree, and it starts growing again. During these years, the tree stops adding tree rings and girth to its trunk. Determining the age of yews is, hence, mostly guesswork. There are claims as high as 5,000–9,500 years, but these values are unrealistic. 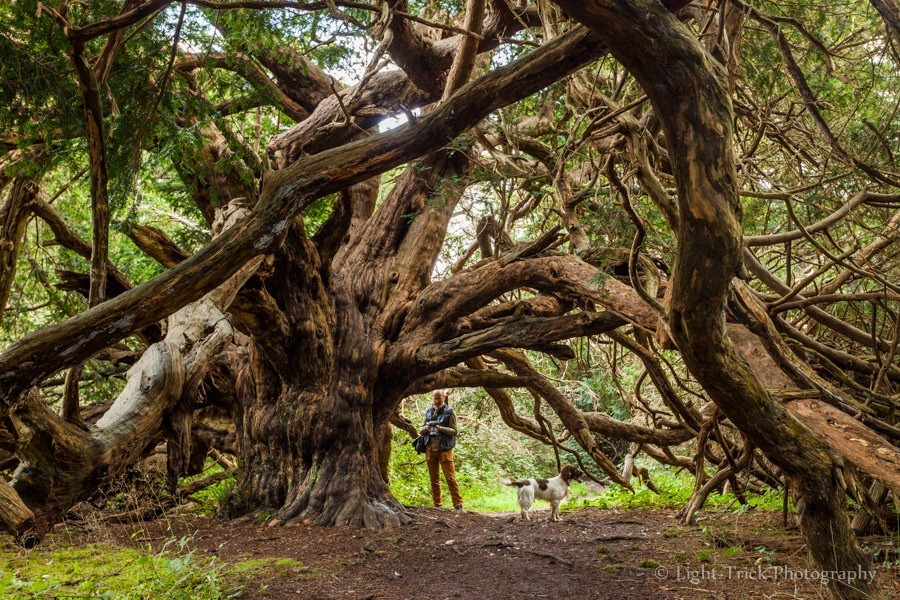 According to local legend the yews at Kingley Vale were planted as a memorial for a battle fought between the Vikings and the Anglo Saxons in the year 859, but some sources claim the trees are two thousand years old.

Nevertheless, the survival of the Kingley Vale yews is remarkable because most ancient yew trees across Europe were felled after the 14th century when English bowmen started preferring staves to be made from straight-grained yew wood, which is reputedly the hardest coniferous timber in the world. This wood was imported by royal decree with barrels of wine from Portugal and Spain.

Kingley Vale is one of the few major groves of yews remaining today. 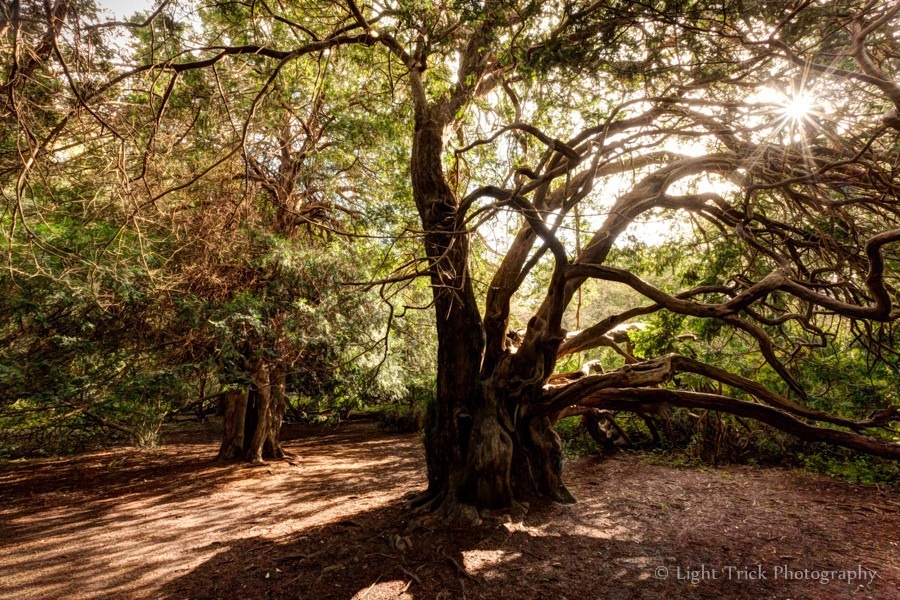 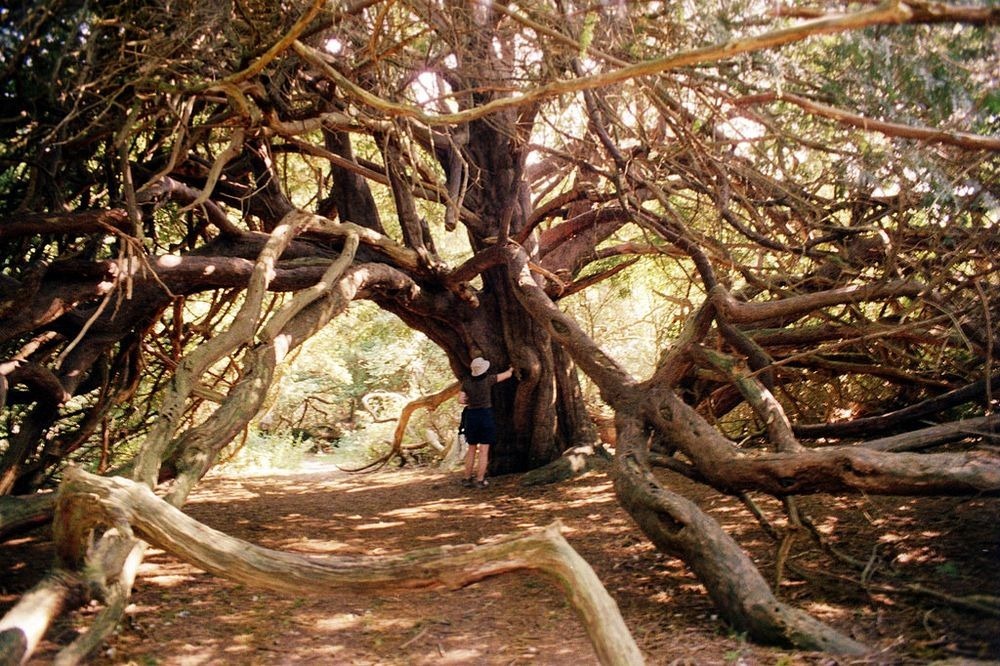 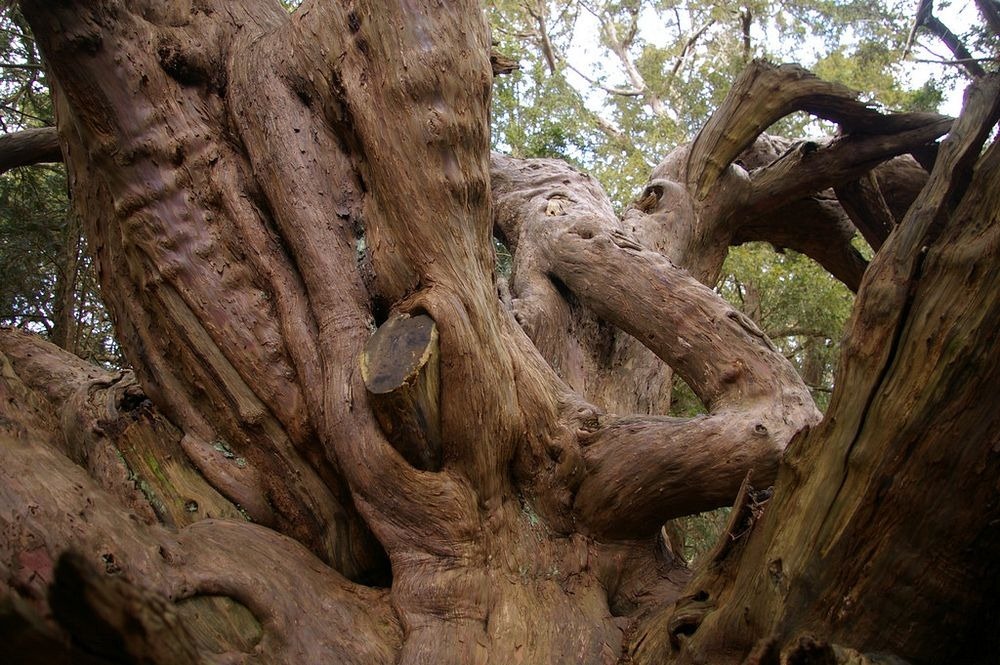 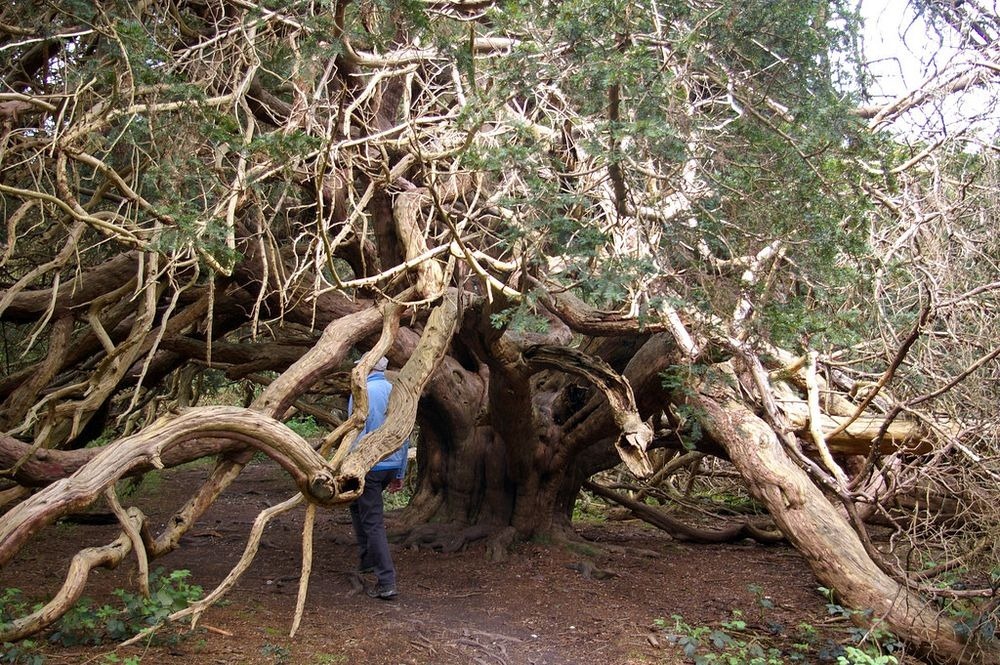 7 thoughts on “The Ancient Yew Forest of Kingley Vale”