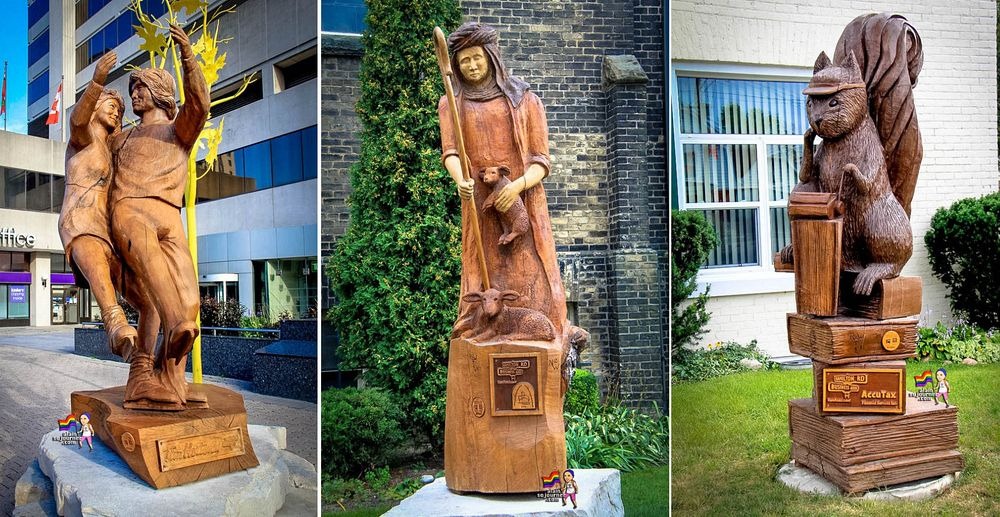 Trees have long life spans, but eventually they too die of old age or succumb to diseases or get damaged in thunderstorms and hurricanes. When trees in urban spaces die and show signs of toppling over or breaking off, the city might decide to remove them for the safety of those around. The remaining stumps then provide a wonderful opportunity for wood carvers to showcase their talent and liven up the neighborhood at the same time.

Here are nine towns that show us that not all pieces of public art has to involve steel, granite and concrete. 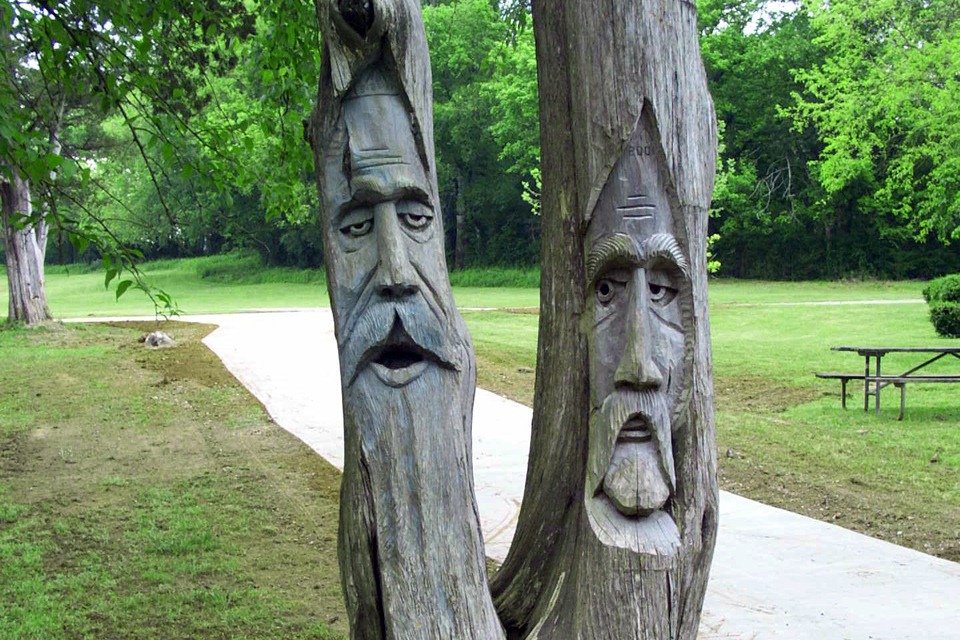 The Orr Park in Montevallo, Alabama, the United States, has over thirty carved trees located along the park’s walking trail along Shoal Creek. The trees were carved by local artist Tim Tingle.

In 1983, a storm had hit Montevallo and caused a lot of damage to the wooded area of Orr Park. The city wanted to remove the damaged cedar trees, but local artist Tim Tingle stepped in and offered to have the dead trees turned into works of art. Tim began carving the trees in 1993 and over the course of several years carved figures, faces, and story book characters on the trunks of over thirty trees. The carved trees are now known as Tinglewood. 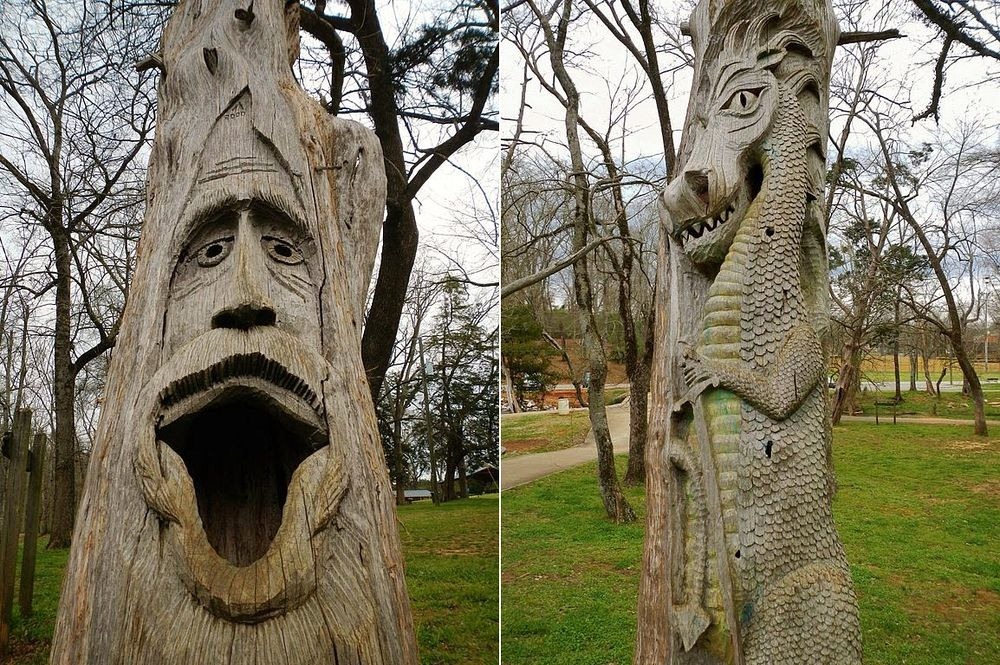 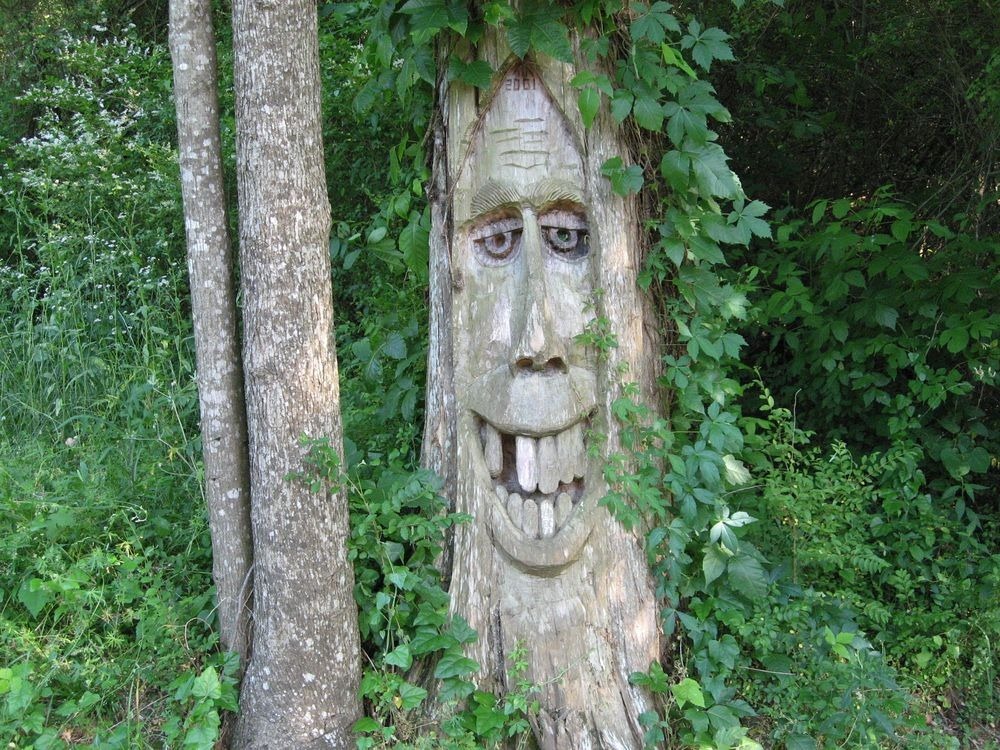 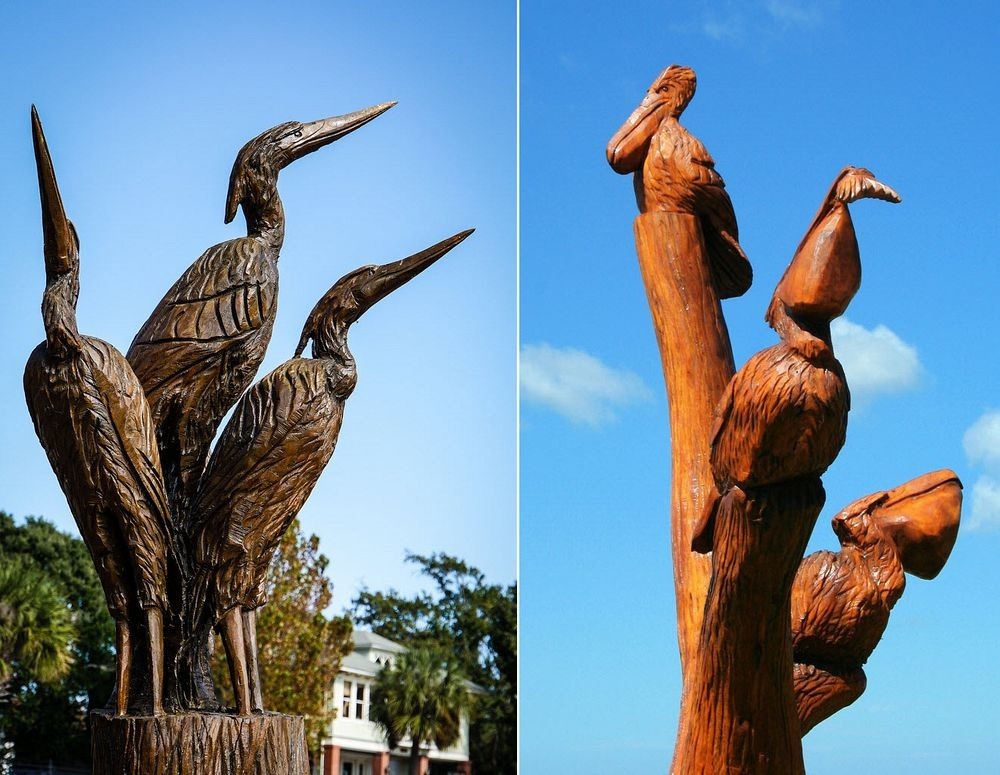 Carved in the years following Hurricane Katrina, the tree carvings along Highway 90 in Biloxi, Mississippi, are one of the most popular attraction of the city. Hurricane Katrina that came through Biloxi in 2005, took down a lot of trees leaving only the trunks. The trunks were carved into various sculptures by wood sculptors Marlin Miller of Florida, and Dayle Lewis of Indiana. There are now approximately 50 sculptures throughout the Mississippi Gulf Coast with the world’s largest eagle sculpture standing 17-foot-tall and located in War Memorial Park. 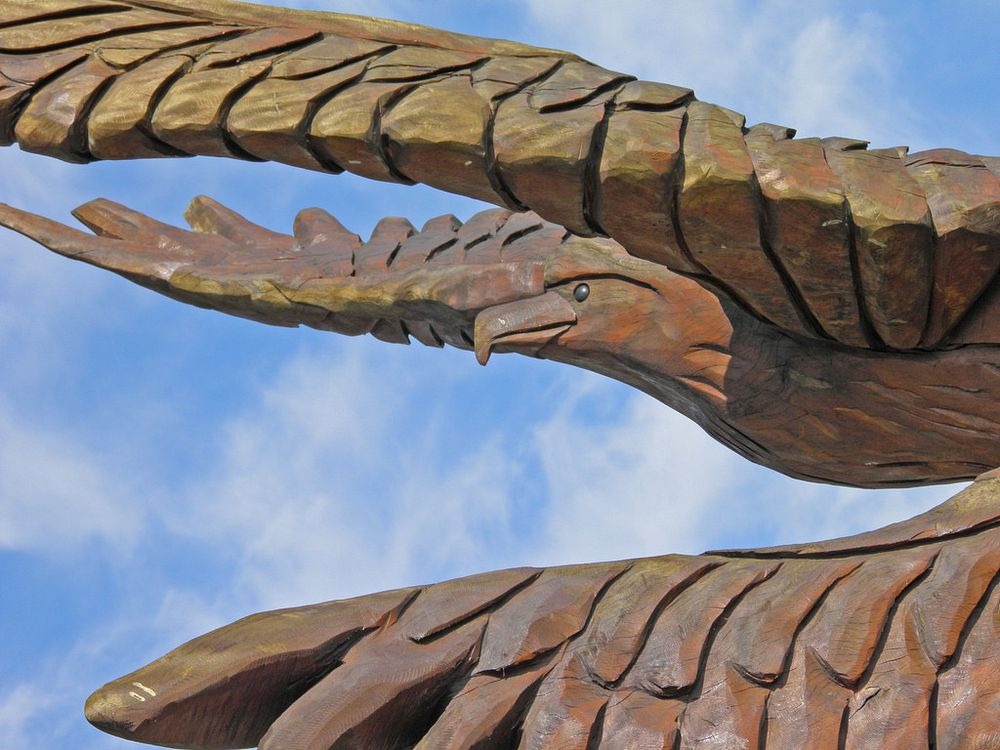 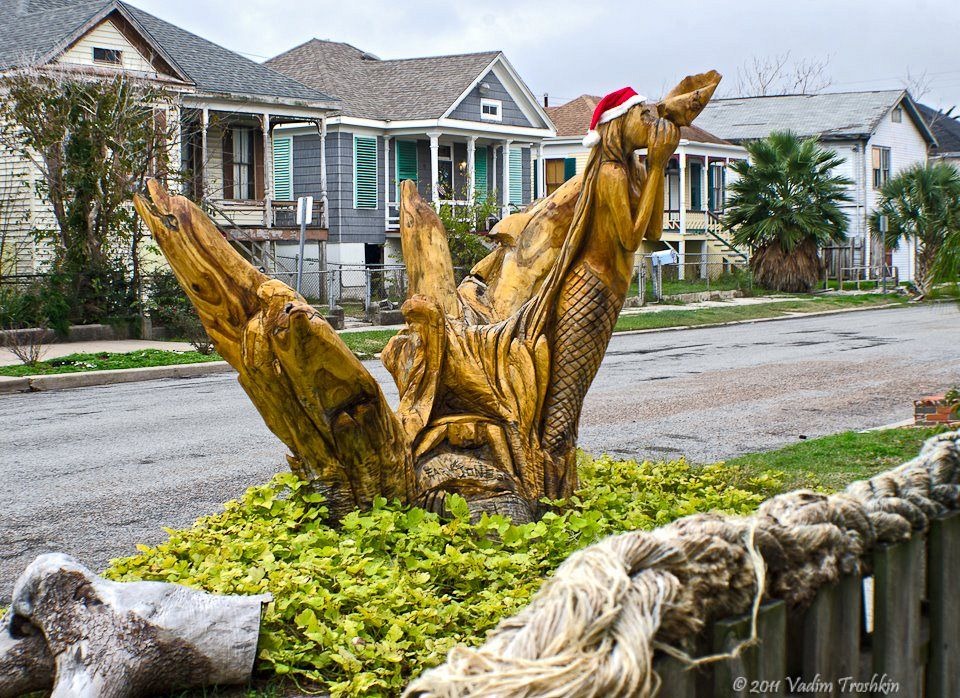 In 2008, Hurricane Ike struck the town of Galveston, Texas, and brought storm surge of 6 to 15 feet through the city. This salt water flood killed thousands of trees, many of which had been planted after the devastating 1900 hurricane. More than 35,000 of Galveston’s trees were cut down after Ike. A few were saved through the effort of local sculptors. There are now over 35 tree sculptures dotting the island city. 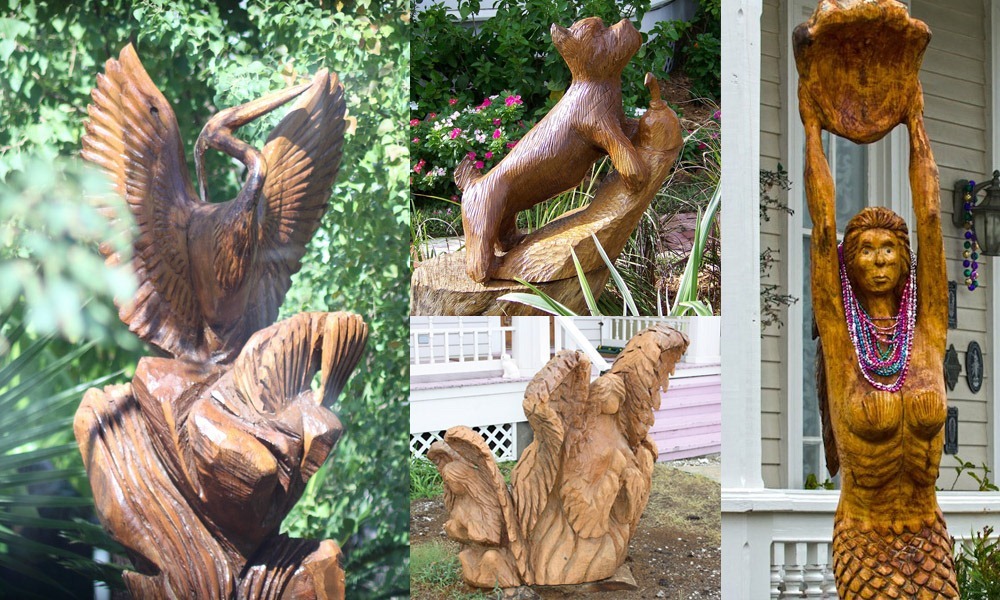 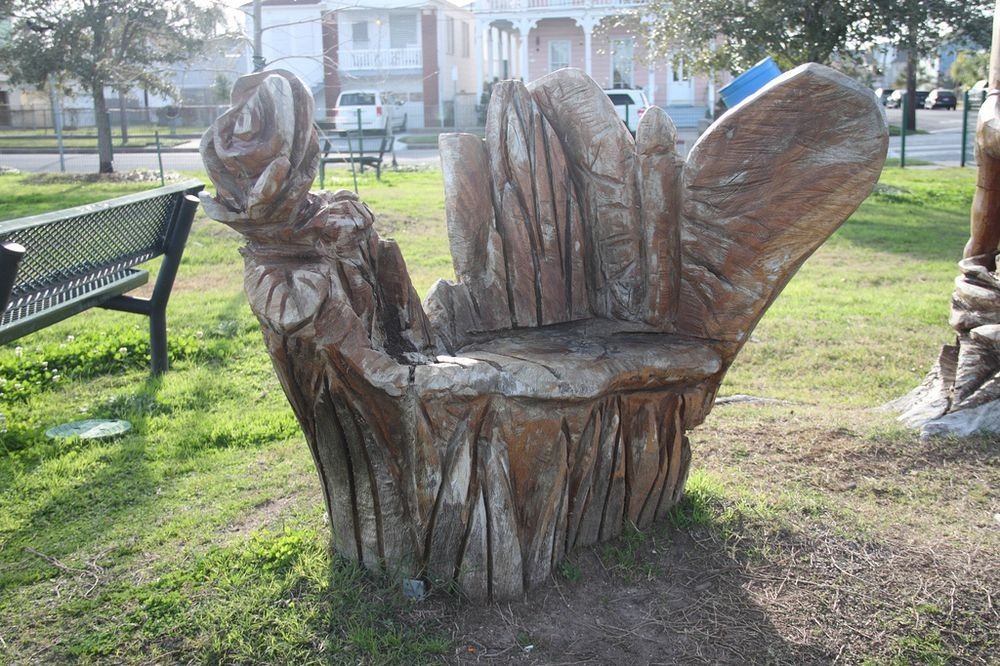 Since the early 2000s, wood carvers in Orangeville, Ontario, Canada, has transformed their town’s streets into a public art galley by carving trees that have come to the end of their life cycle. The town has over 60 carvings created by many different local artists, and they are placed all over town. 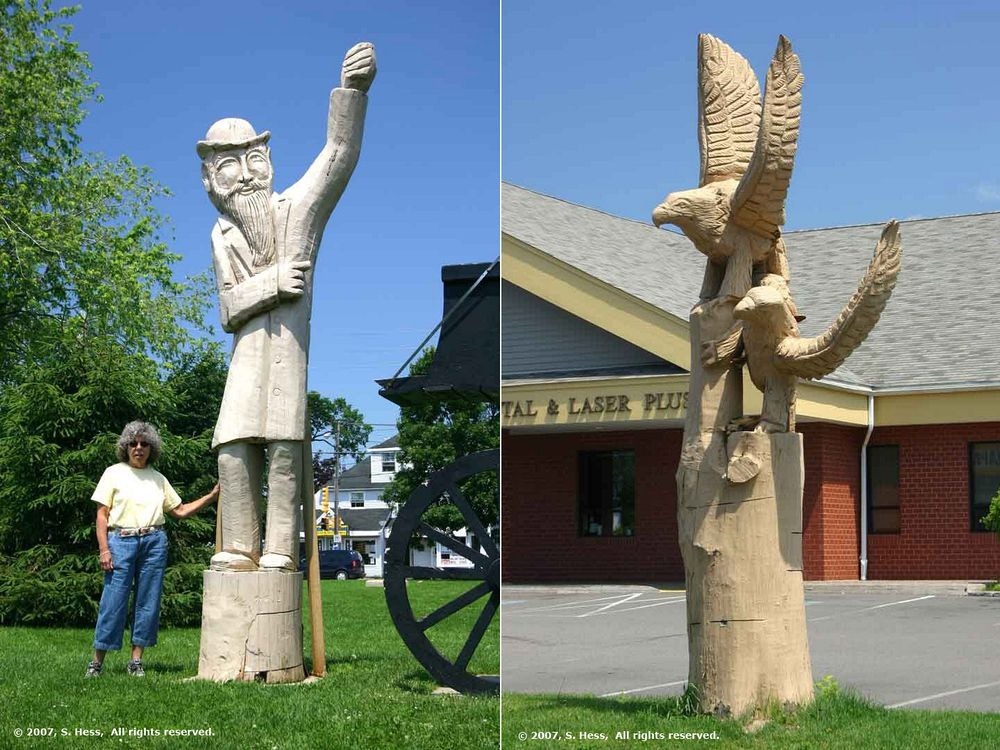 The streets of Truro in Nova Scotia, Canada, were once lined with beautiful, large, elm trees that had been around for more than a hundred years. But then they began to disappear due to the Dutch elm disease. In order to make the best out of the unfortunate loss, the town council started the tree sculpture project. The town initially made 43 sculptures. Unfortunately, as the years went by, the pre-existing internal decay started affecting the tree sculptures too. As of 2014, only 15 of these sculptures remain. 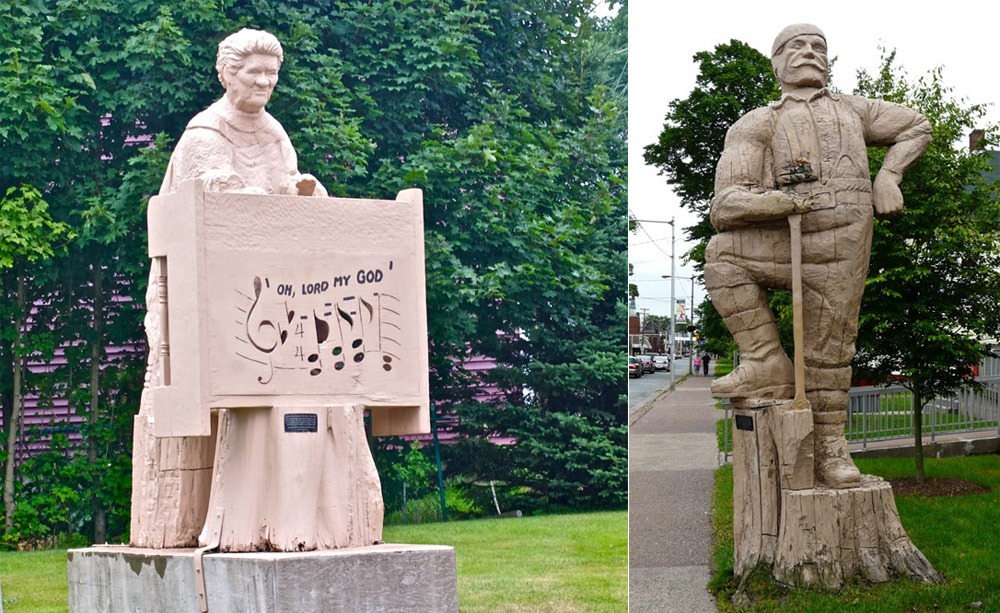 A few years ago, when the city of London, Ontario, Canada, had to cut down a massive number of trees when they started dying of diseases, someone suggested that tree trunks should be carved into sculptures. Now there are dozens of wonderful sculptures of different themes, sizes, and expressions, carved by skilled artists all over the city. 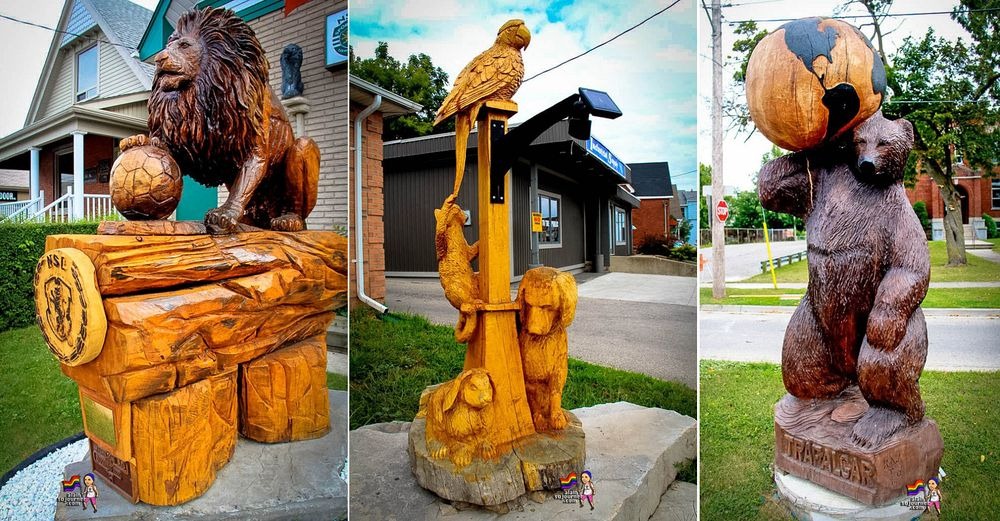 These face carvings on old oaks on St. Simons Island, Georgia, United States, were done by local artist Keith Jennings to commemorate the countless sailors who lost their lives at sea aboard the mighty sailing ships that were once made from St. Simons Island oak. There are about 15 such carvings around this small coastal town. 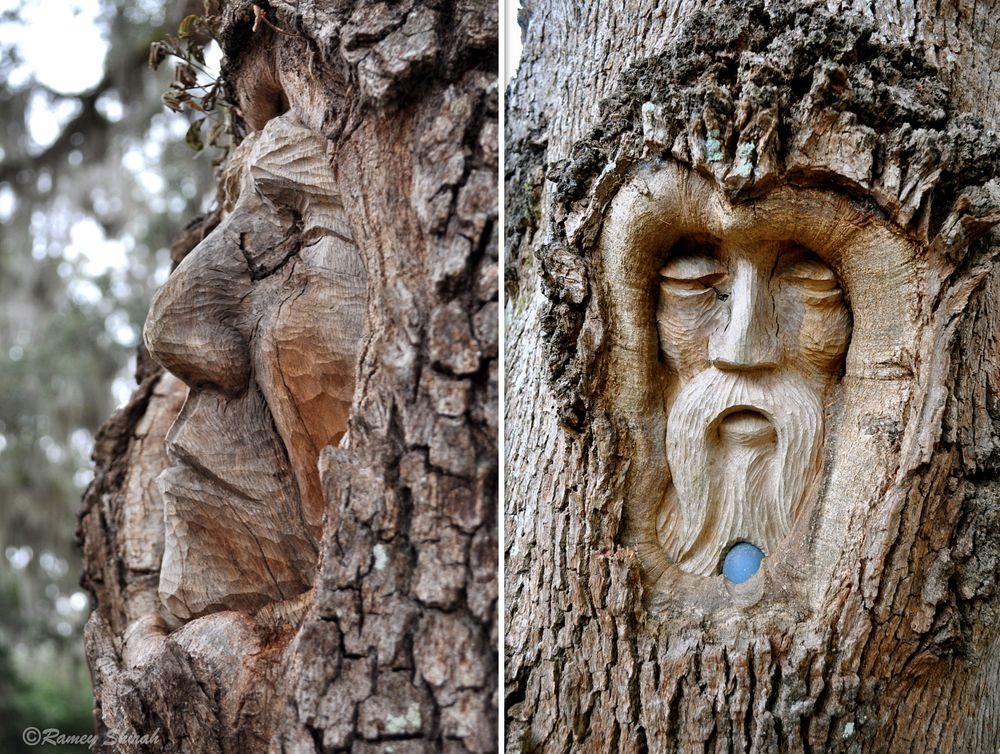 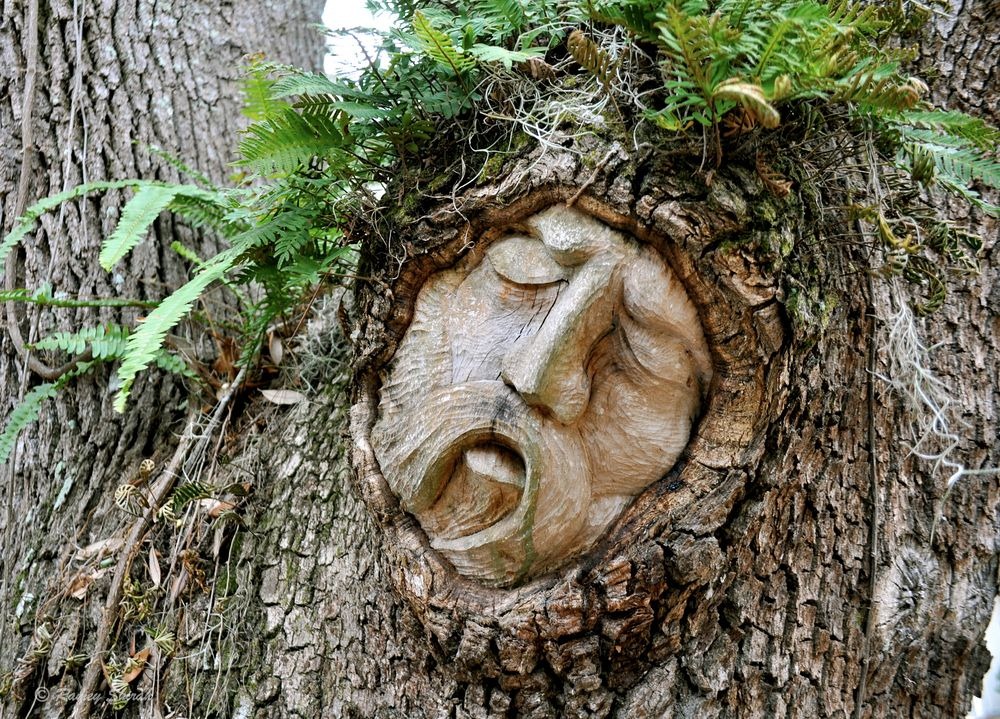 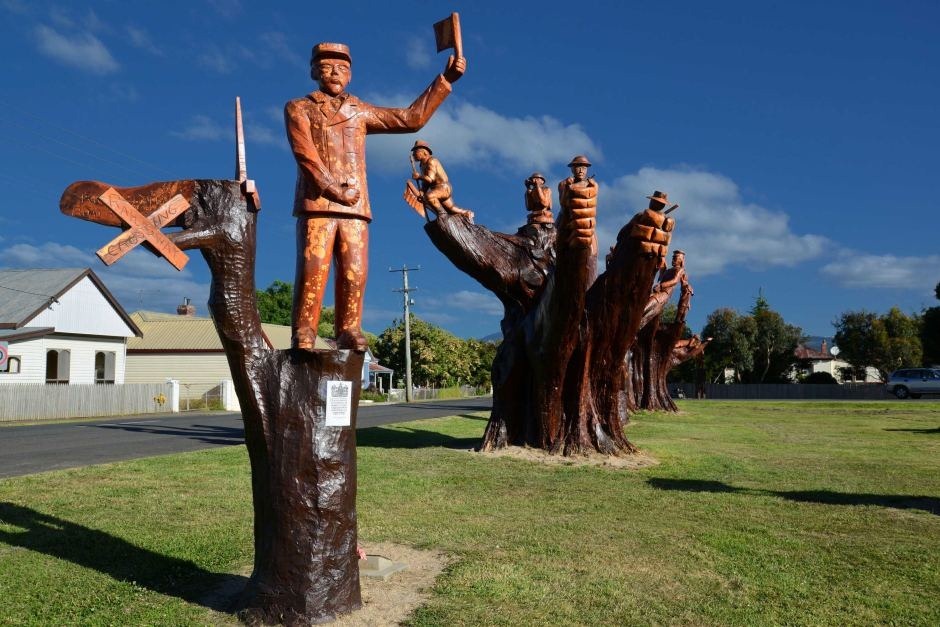 In 1918, the residents of Legerwood, in Tasmania, Australia, planted nine trees in memory of the young men that went to fight in World War I and never returned. But time took its toll and by the turn of the century the trees were declared a safety risk and cut down. The stumps were preserved and carved into the likeness of each soldier. Various scenes depicting world War One were also carved on one tree. 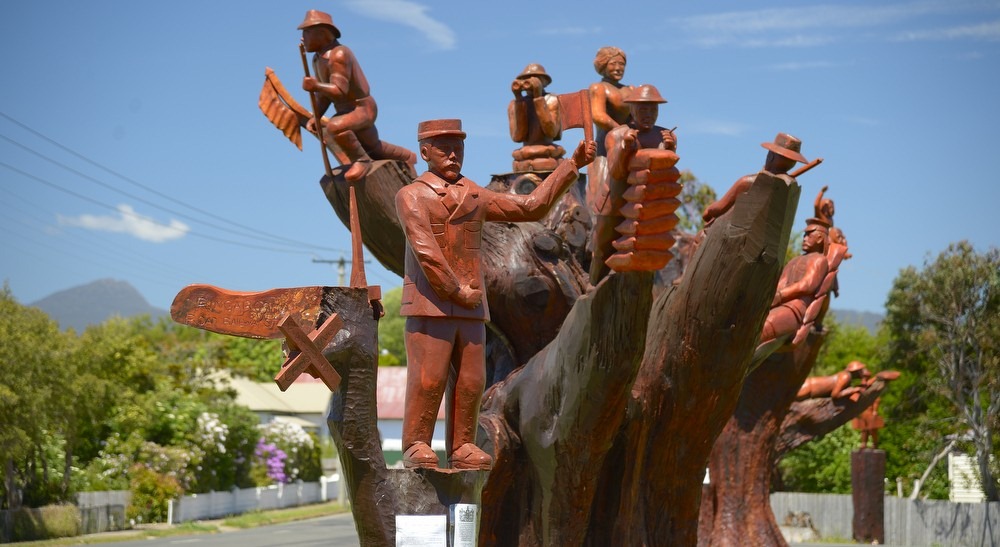 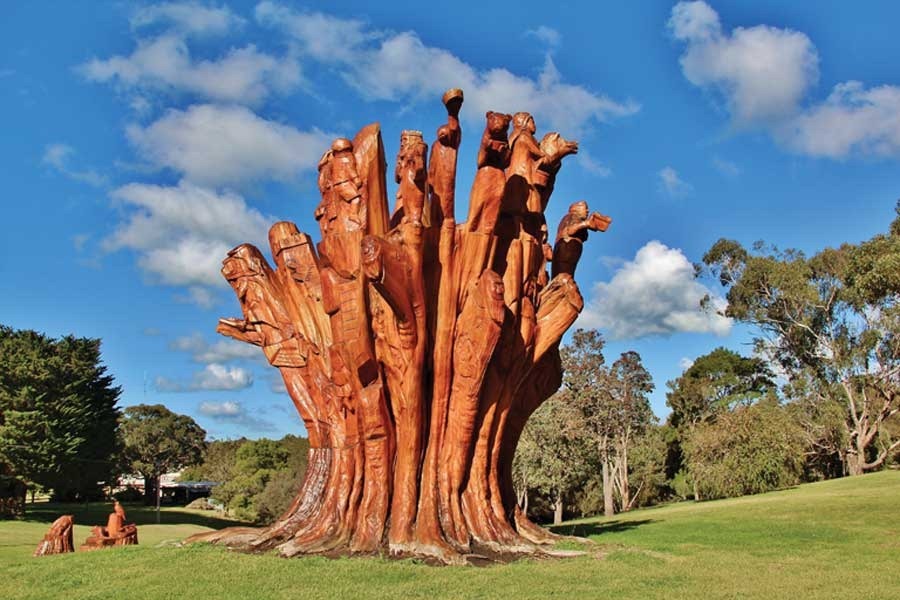 The Avenue of Honour is a row of Atlantic Cedar trees planted in 1918 to commemorate the men and women who served World War One from Dartmoor, in Victoria, Australia. When the trees started dying, chainsaw artist Kevin Gilders carved them in 1998 to depict service men and women in the army, navy and air force.