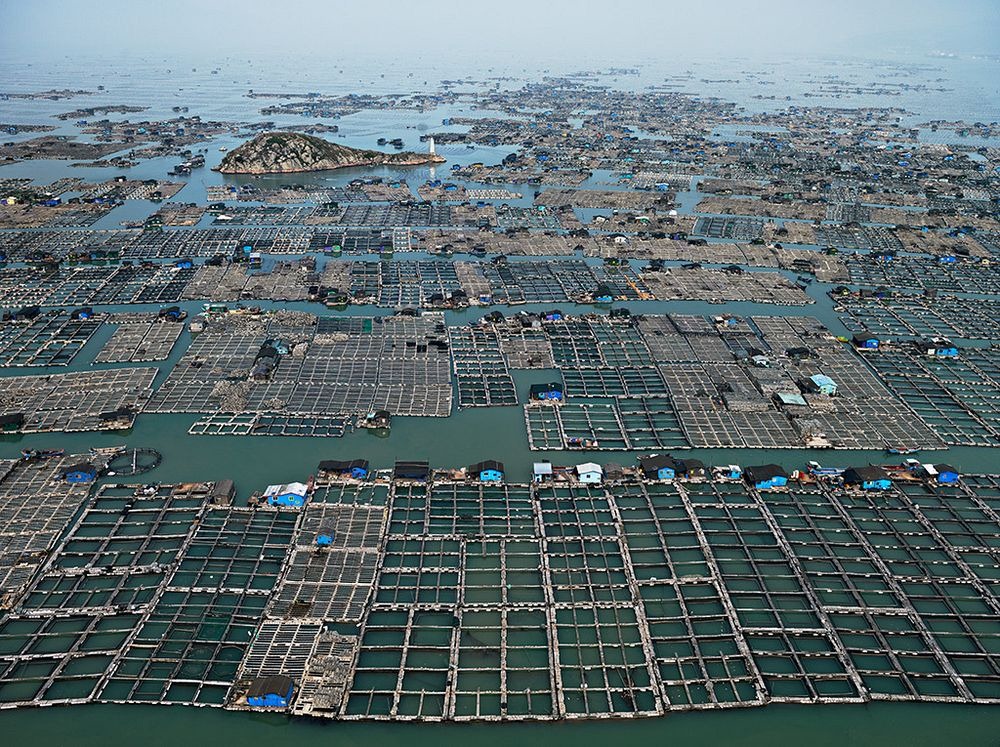 In the sheltered coastal waters of the Bohai Sea, the Yellow Sea, the East China Sea and the South China Sea, there are large fish farms where marine crustaceans such as shrimps, and molluscs such as oysters, are raised in artificial enclosures. These farms are created by floating netted enclosures from a sprawling network of interconnected wooden pathways and platforms. Over these, fishermen have built wooden houses and huts where entire families live.

These pictures were taken in south-eastern China’s Fujian province, where there are numerous floating farms that cultivate the sought-after shellfish, a delicacy that is eaten in Asia at banquets and even exchanged as gifts. The mariculture industry—the specialized branch of aquaculture where marine organisms are cultivated in the open ocean—is so large here that it has attracted its own tourist industry. 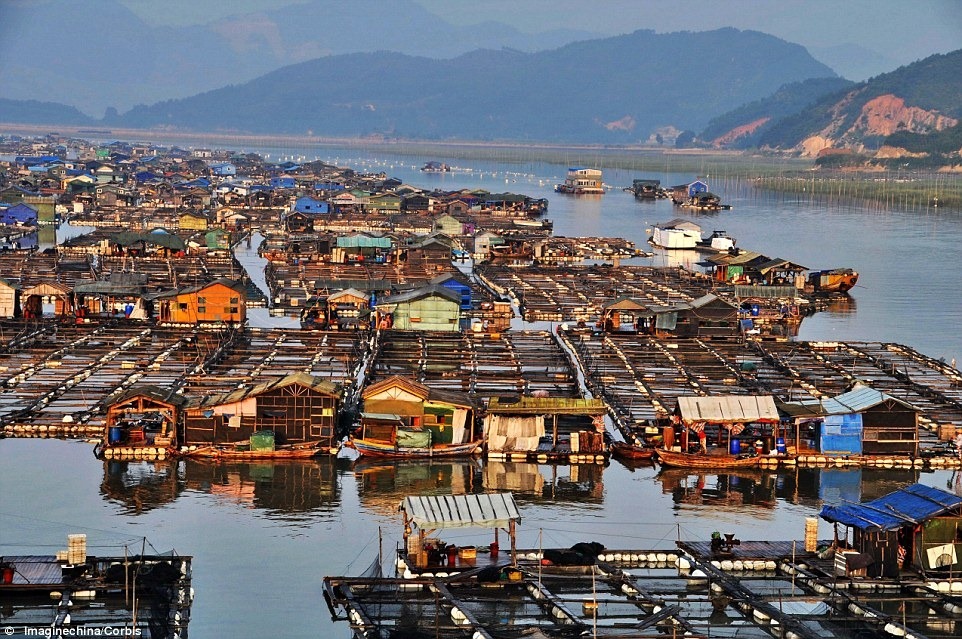 China has a very long history of fish farming, going back by more than 3,000 years, but it really took off as an industry in the 1990s.

In recent years, however, production has fallen due to overfishing, pollution and poor practices as the biodiversity is being irreparably damaged. Every year there is a three-month ban on fishing in order to give fish stocks a chance to breed and recover, but it has done little to balance out the numbers. 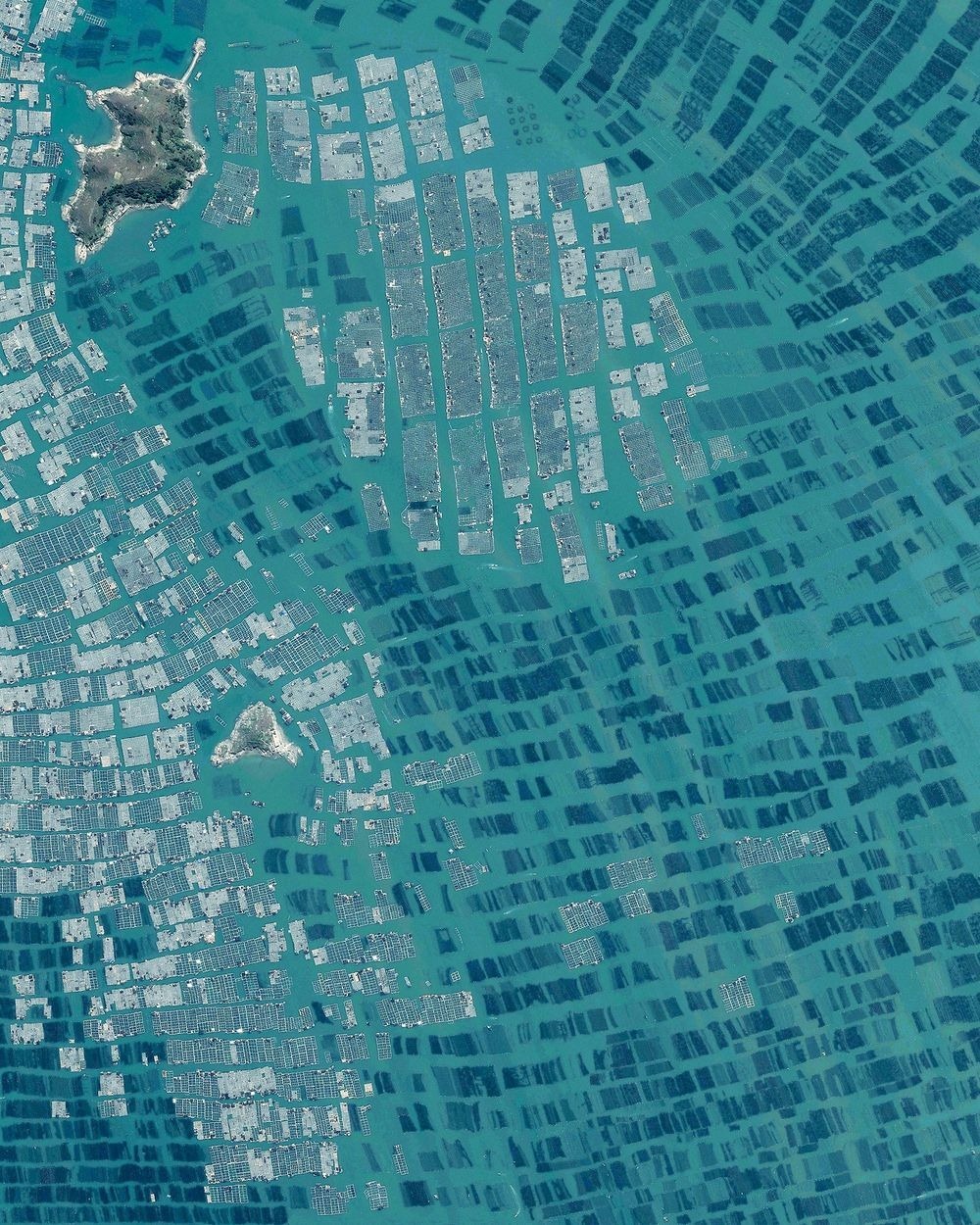 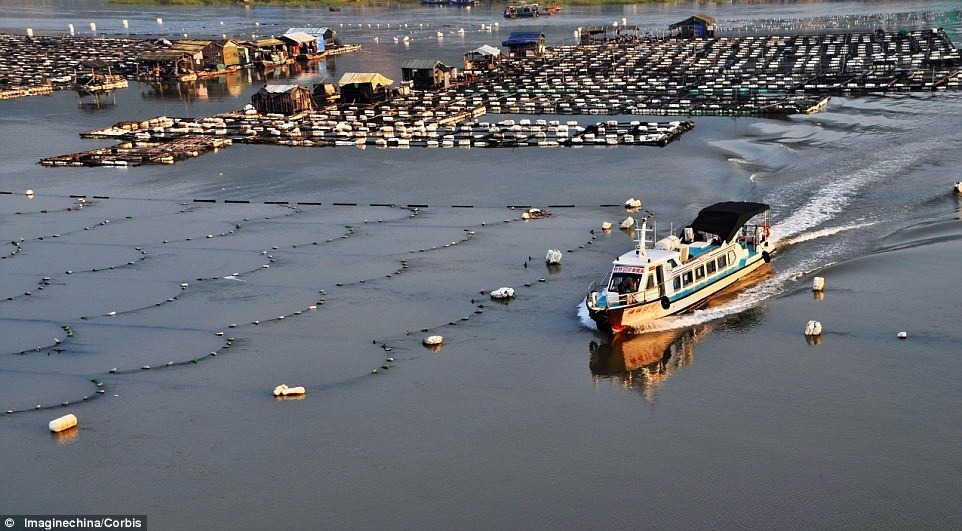 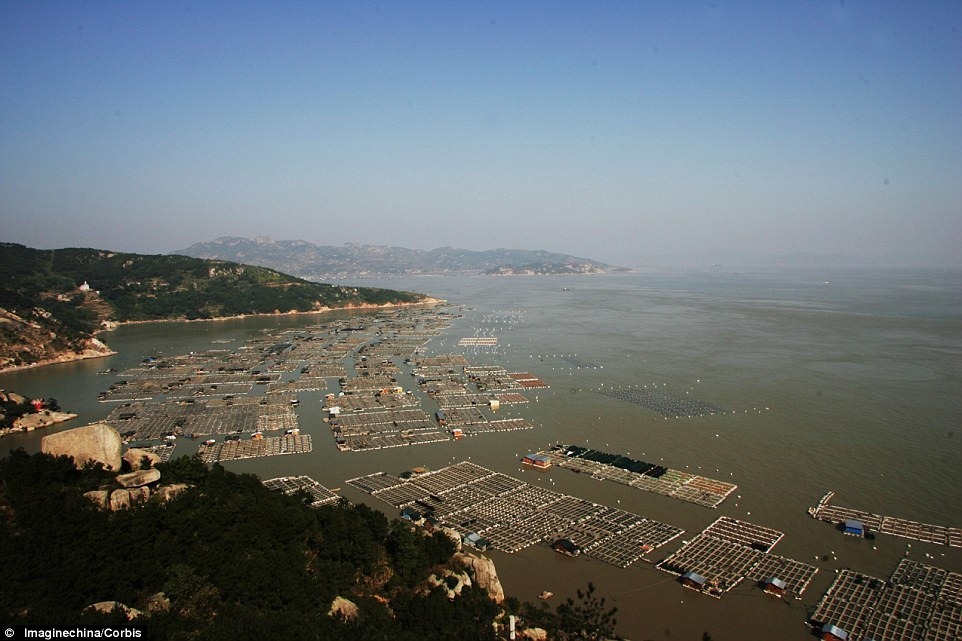 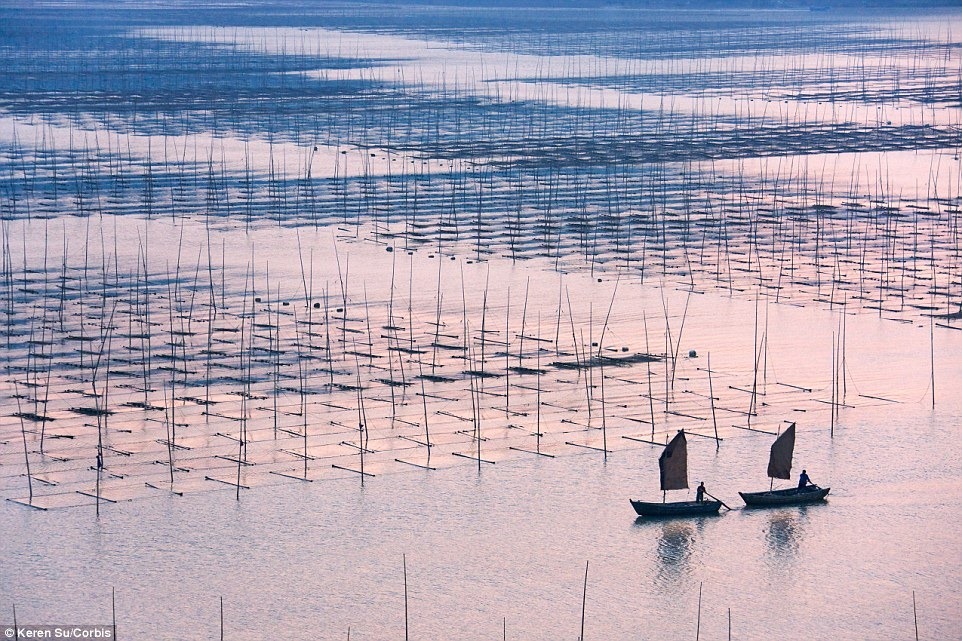 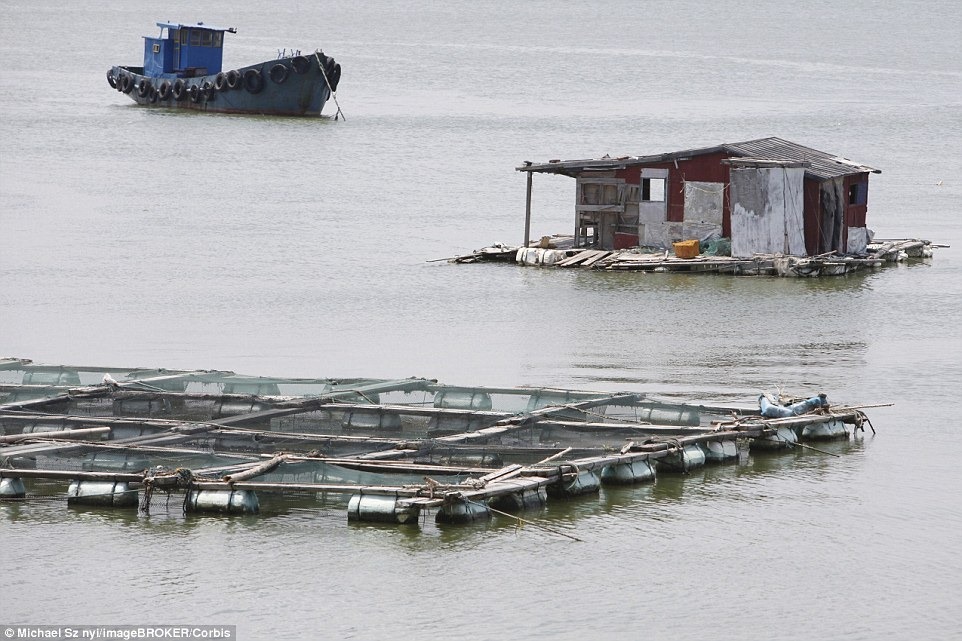 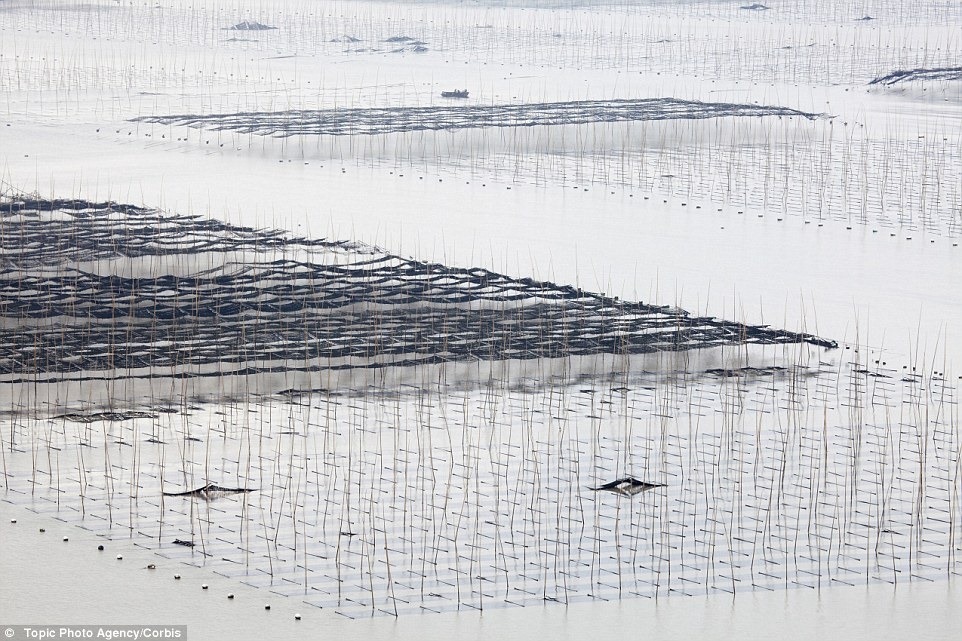 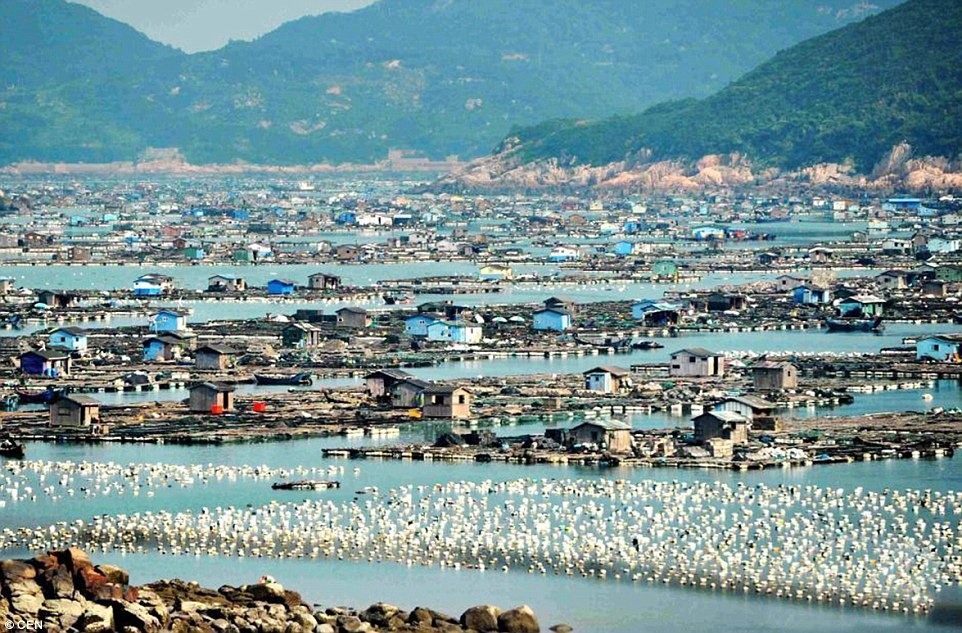 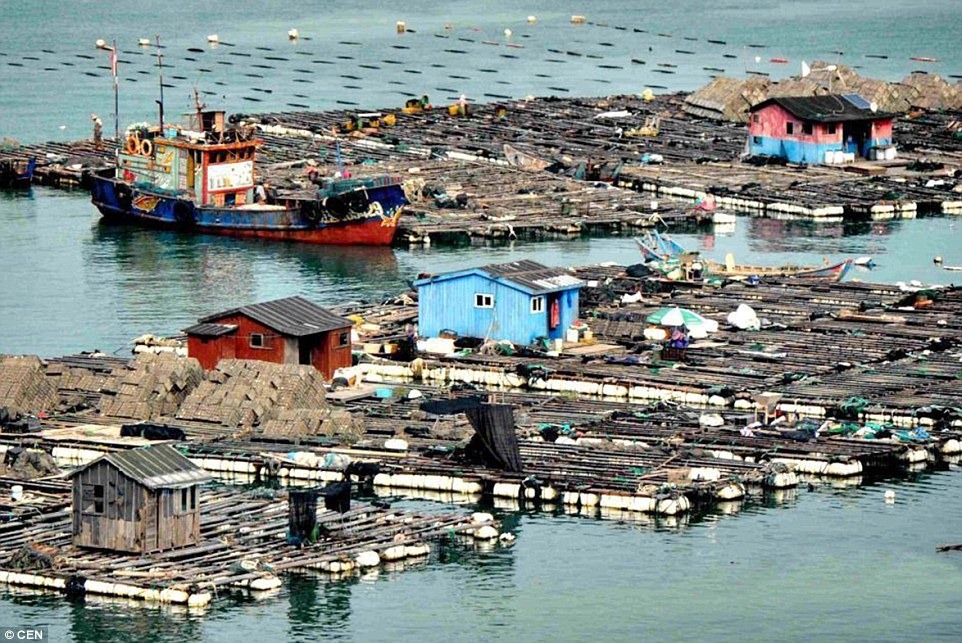 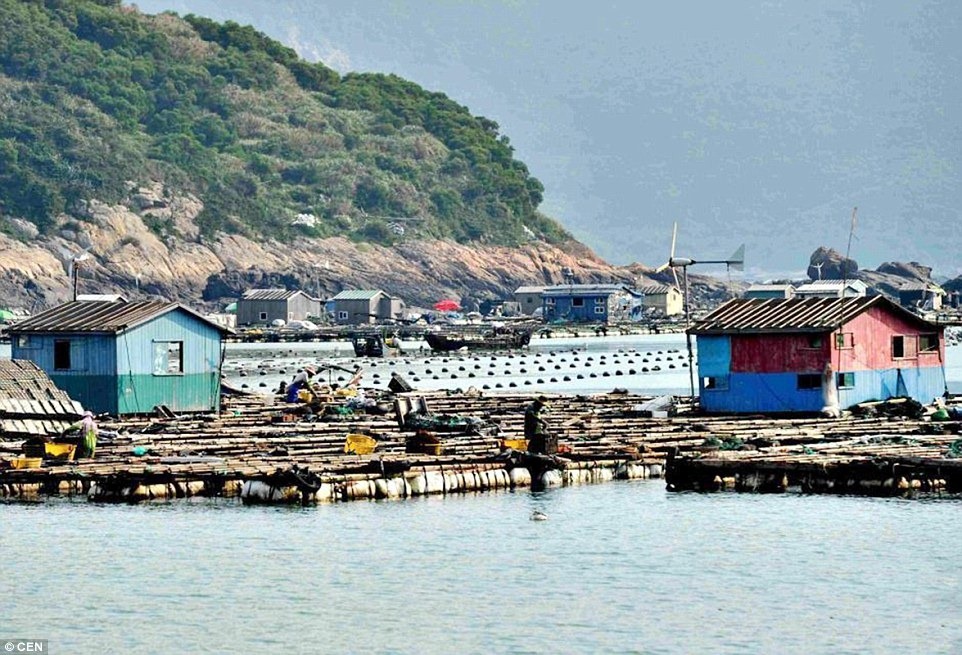 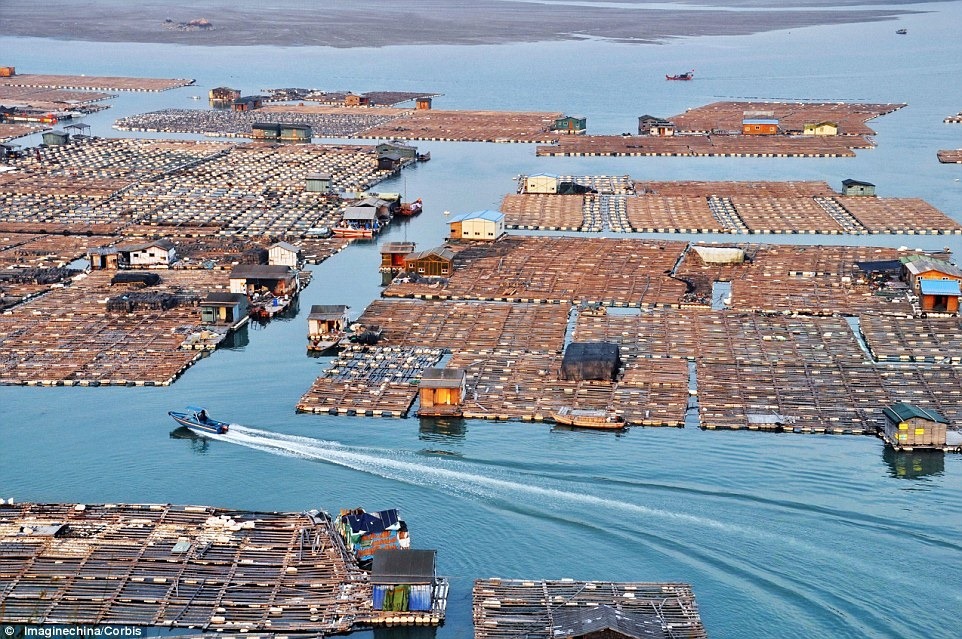 4 thoughts on “The Floating Fish Farms of China”