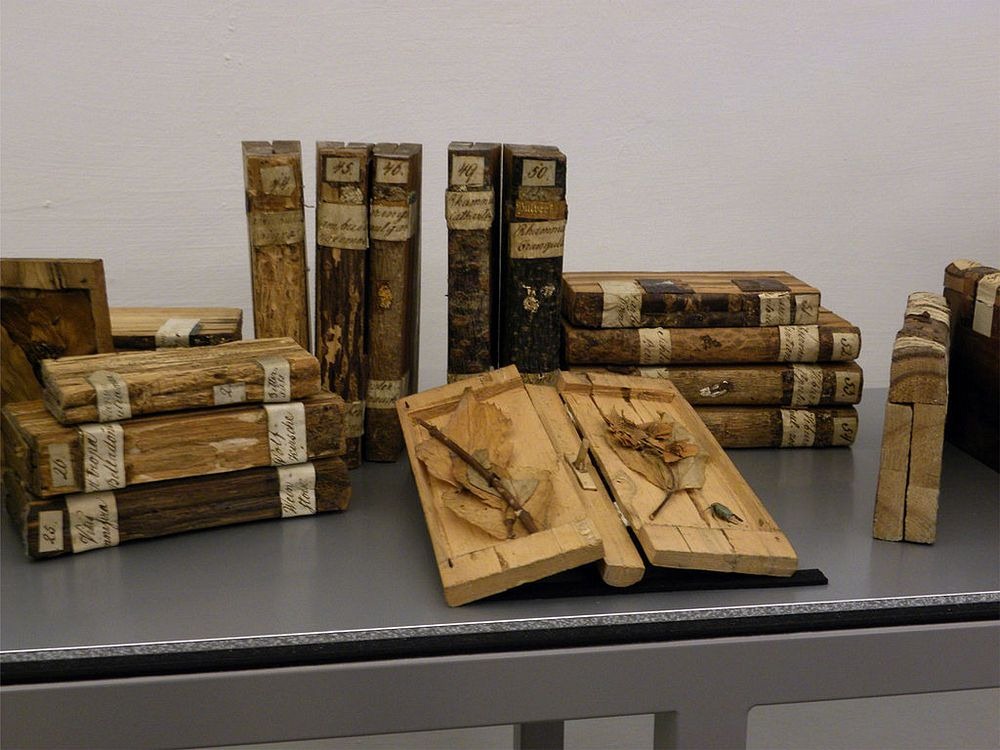 A xylotheque at Stift Lilienfeld in Austria. Every “book” is made by the wood of the tree that is documented inside. Photo credit: Haeferl/Wikimedia

In 18th century Germany, where modern forestry began, a curious sort of library began to grow.

Enthusiasts began to collect samples of different woods, but instead of simple blocks the samples were fashioned in the shape of books. These wooden “books” could be opened to reveal a hollowed out compartment where botanical samples of the source tree were stored — leaves, seeds, nut, twigs, fruit, flowers, pieces of root and bark. In some cases, written descriptions of the tree and the diseases it might suffer from were also included. The “books” were arranged in shelves, just like in a regular library, with the spine showing where the labels were attached. 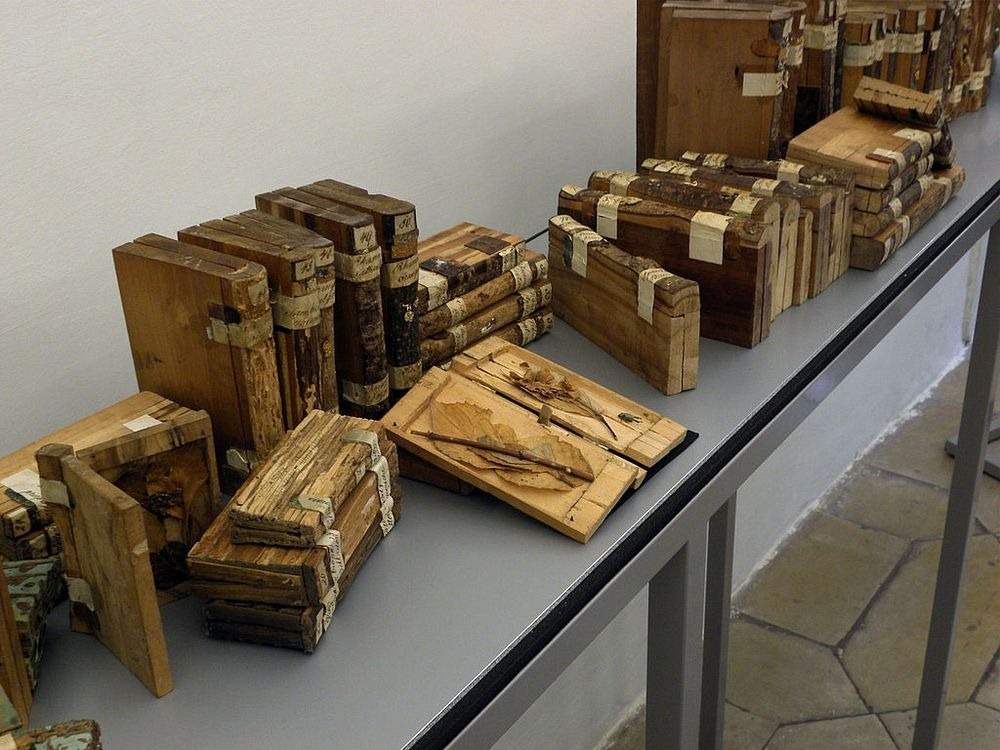 “The volume on Fagus, for example, the common European beech, would be bound in the bark of that tree. Its interior would contain samples of beech nuts and seeds, and its pages would literally be its leaves, the folios its feuilles,” — Simon Schama from Landscape and Memory, 1995.

These libraries are called xylotheques, from the Greek words xylos which means “wood” and theque for “depository”

There are many well-preserved xylotheques around the world, the largest being the Samuel James Record Collection at Yale University, which has more than 60,000 editions in different woods. The second largest xylotheque belongs to the Royal Museum of Central Africa in Tervuren, Belgium, with over 57,000 samples. The Thünen Institute of Wood Research in Hamburg has more than 37,000 samples. 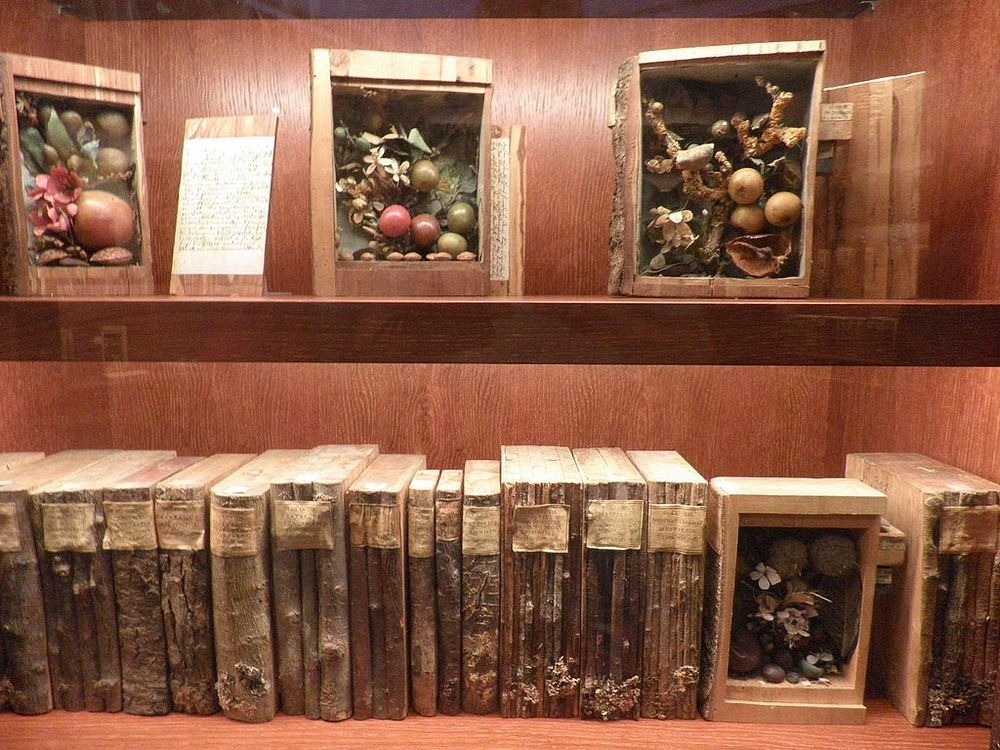 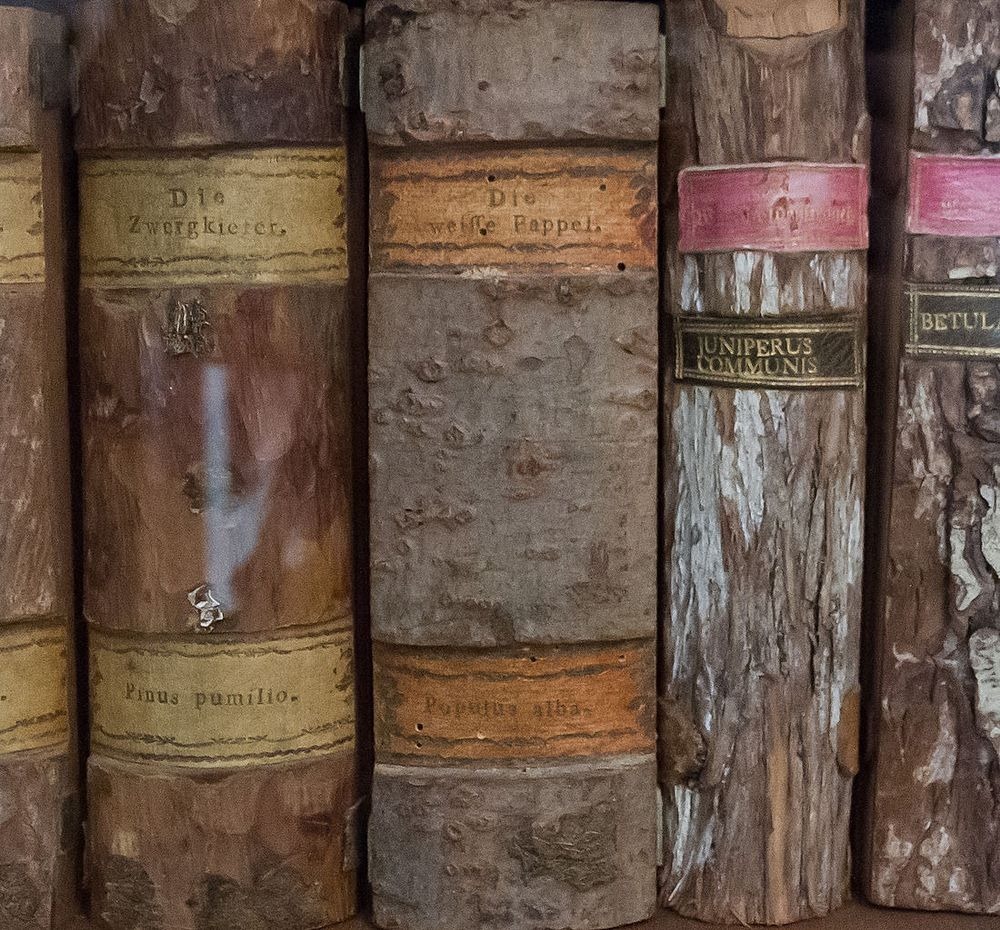 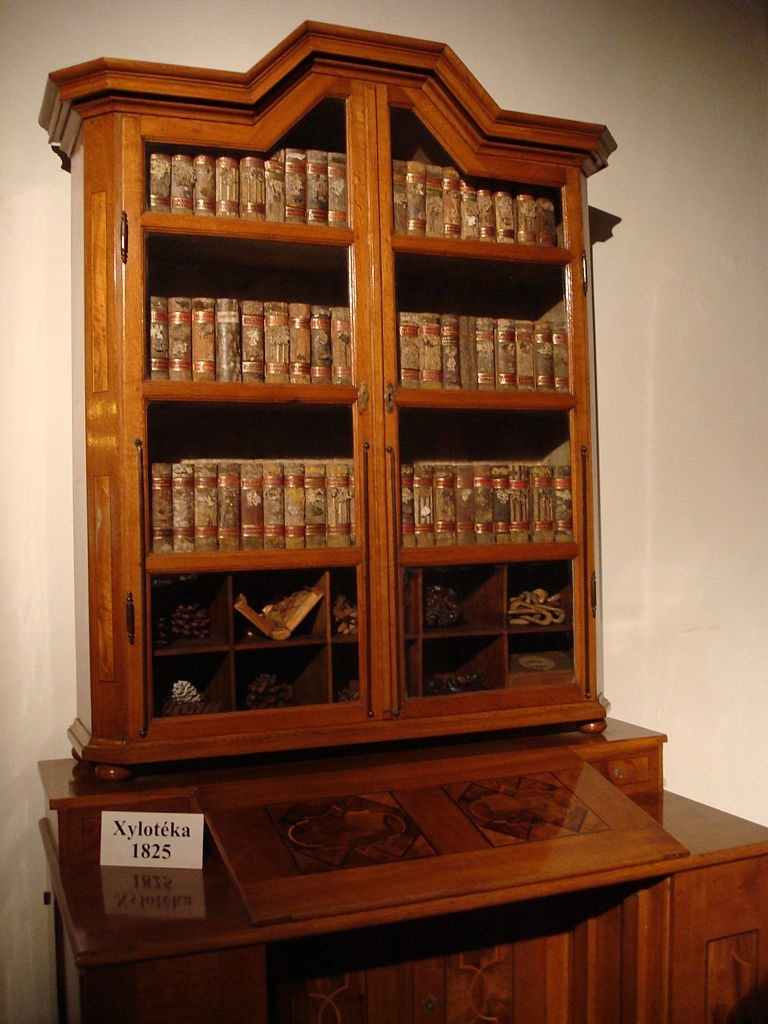 7 thoughts on “Xylotheque: The Wood Library”