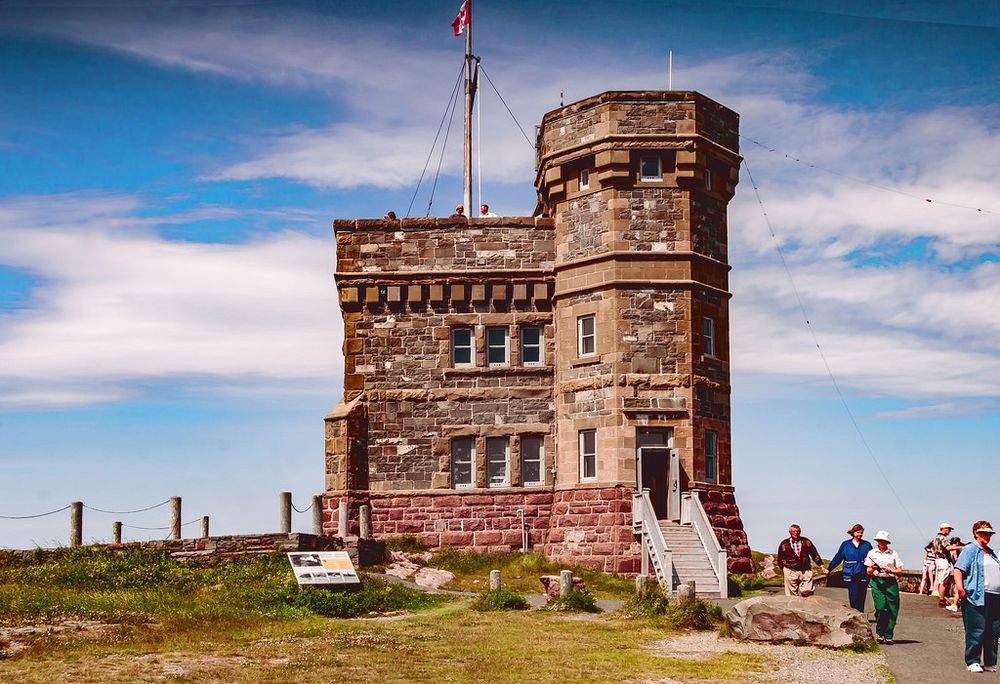 Overlooking the harbour of St John’s, in Newfoundland and Labrador, Canada, is a massive piece of rock towering 140 meters above the Atlantic Ocean. The rock, known as Signal Hill, stands on St John’s eastern shore across a narrow waterway that leads into the harbour. To the north lies Quidi Vidi Lake, and to the west lies the city towards which the hill descends gently in ridges and valleys. It was on top of this hill, in December 1901, that Guglielmo Marconi stood to receive the world’s first wireless transatlantic transmission. 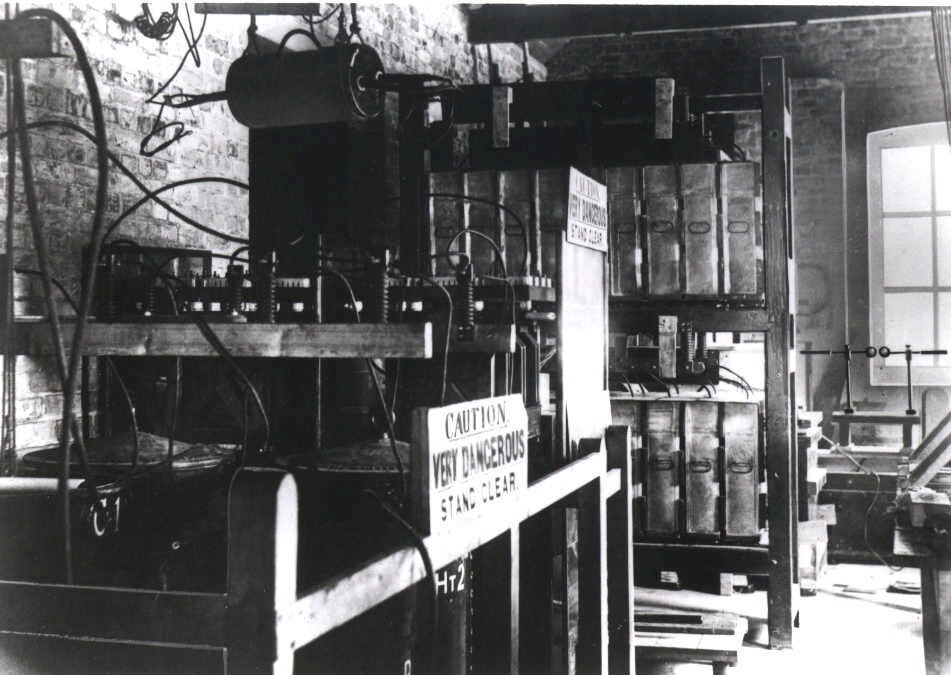 Guglielmo Marconi was born in 1874 into a wealthy family in Bologna, Italy, and educated by private tutors. From his early years, he developed an interest in science, particularly the work of German physicist Heinrich Hertz on the transmission of electromagnetic waves through the air. At the age of only twenty, Marconi discovered that by grounding the transmitter and increasing the height of the antenna, he could extend the range of wireless signals. Marconi realized that with additional funding and research he could build a more powerful device that could span greater distances and prove valuable both commercially and militarily. But when the Italian government showed no interest in his work, Marconi moved to Great Britain where his work received greater support.

In 1896 he patented his first device for wireless telegraphy and in 1897 found investors for his Wireless Telegraph and Signal Company, which began manufacturing radio sets that were able to transmit and receive messages in Morse Code. In 1899, he successfully transmitted a message across the English Channel to France. 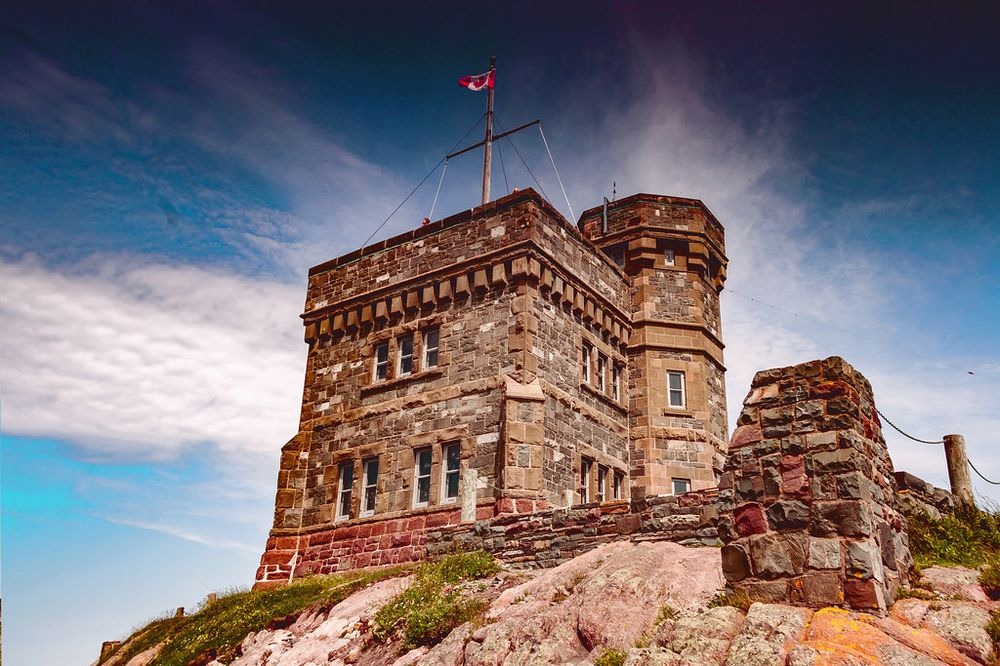 At that time, scientists were unsure how far a wireless signal could travel. They believed that radio waves traveled in straight lines, which was true, and was therefore useful for only short distances. Over longer distances, the scientific community reasoned, the curvature of the earth would cause the wireless waves to shoot out into space making transmission across the Atlantic impossible. Marconi, however, believed that radio waves could follow the curvature of the earth and he set out to prove his case.

Marconi set up a transmitter at Poldhu, in Cornwall, on England’s west coast and a receiving station at Cape Cod in Massachusetts, on the east coast of the United States. But when a storm damaged the Poldhu antenna, Marconi was forced to replace it with a shorter one. Fearing that the signal would not travel the distance to Cape Cod with the shorter antenna, Marconi decided that transmission should be attempted to the nearest landfall on the American continent. He found Signal Hill in St. John’s Newfoundland the ideal location for his receiving station. 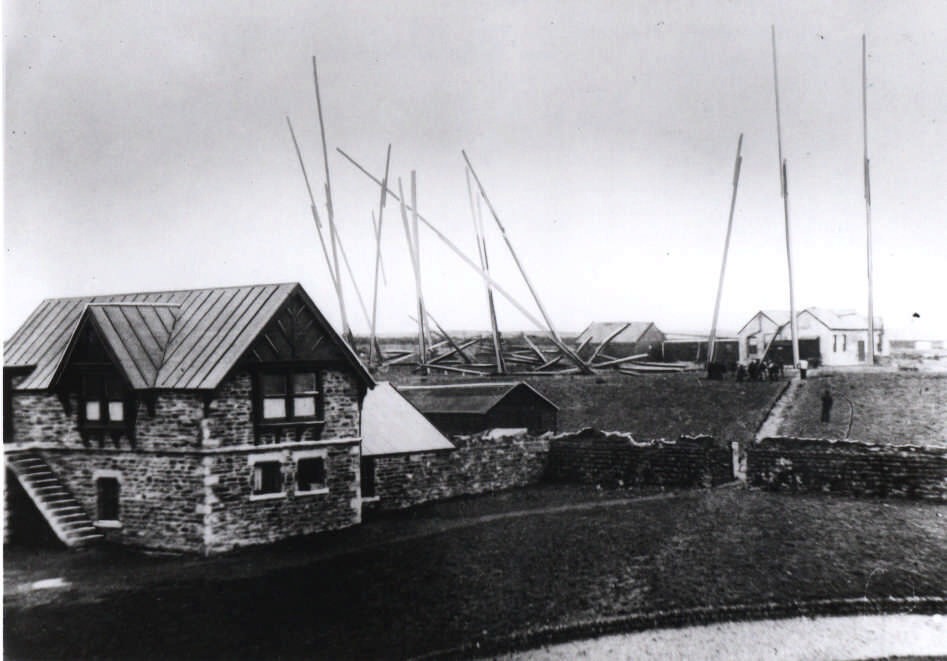 The wreckage of the antenna array at Poldhu after a gale in September, 1901. Photo credit: www.newscotland1398.net

In December 1901, Marconi set up his receiving station on Signal Hill, in an abandoned hospital, not far from the Cabot Tower that was constructed a few years previously to commemorate the 400th anniversary of John Cabot’s discovery of Newfoundland, and Queen Victoria’s Diamond Jubilee. The antenna was raised to sufficient height with a kite each day at an appointed time while the scientists at Poldhu transmitted three simple dots—the Morse code signal for the letter ‘s’. After several days and a number of failed attempts, on December 12, 1901, three distinct beeps were received. The signal had travelled slightly more than 3,500 km.

While the success of the transmission proved that signals can travel over great distances beyond the horizon, Marconi didn’t know then that the waves he had received didn’t travelled along the ground but had bounced off the ionosphere in the upper atmosphere. In any case, the success of Marconi’s experiments heralded a new age of communication that has, over the last century, changed the history of humankind.

You might think that Signal Hill owes its name to Marconi. But the hill actually got its name from the role it has historically played in signaling and warning ships of weather and sea hazards. The hill was for many years the center of St John’s defenses. A signal cannon was placed here in the late 16th century, and stone fortifications were built in the late 18th century during the Napoleonic Wars. The hill was originally known as “The Lookout”. It was changed to “Signal Hill” after the final battle of the Seven Years’ War that took place here in 1762. Flag communication between land and sea from the summit of Signal Hill continued until 1960.

Now a National Historic Site, the Cabot Tower is the principle landmark at Signal Hill today. There is a gift shop, and an amateur radio station in the tower. The abandoned hospital out of which Marconi operated his receiving station is long gone. 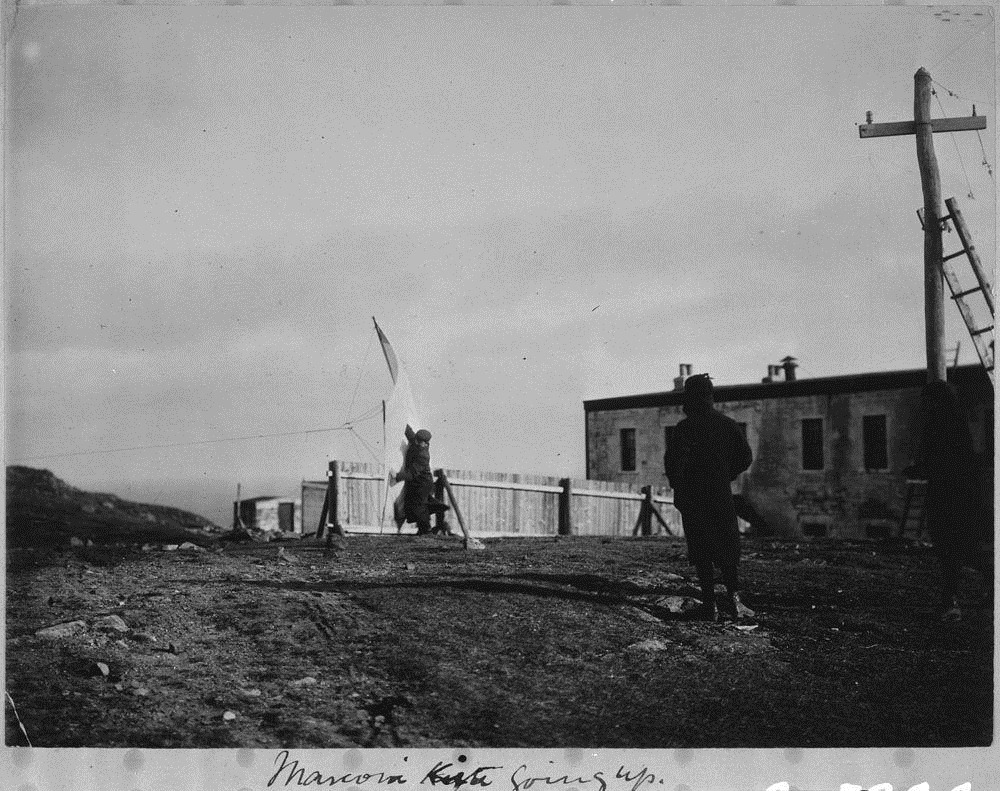 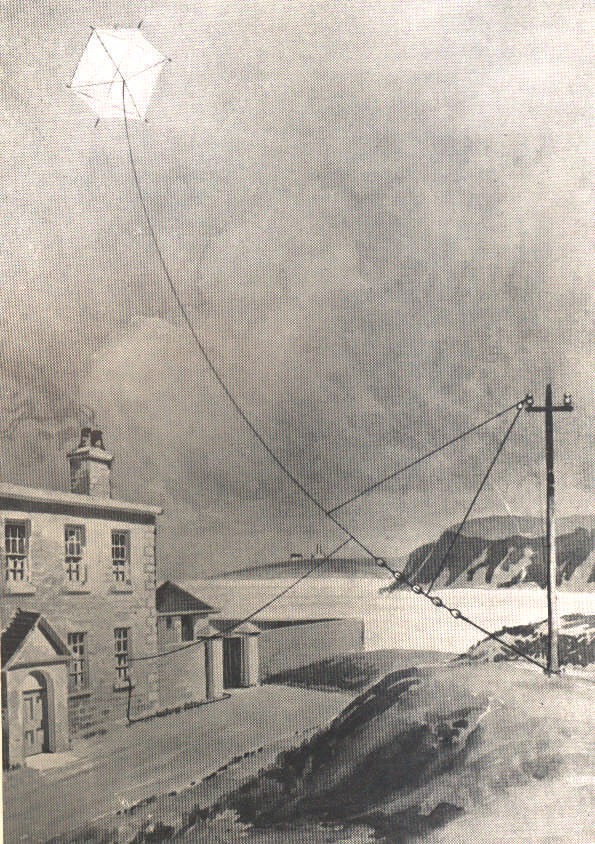 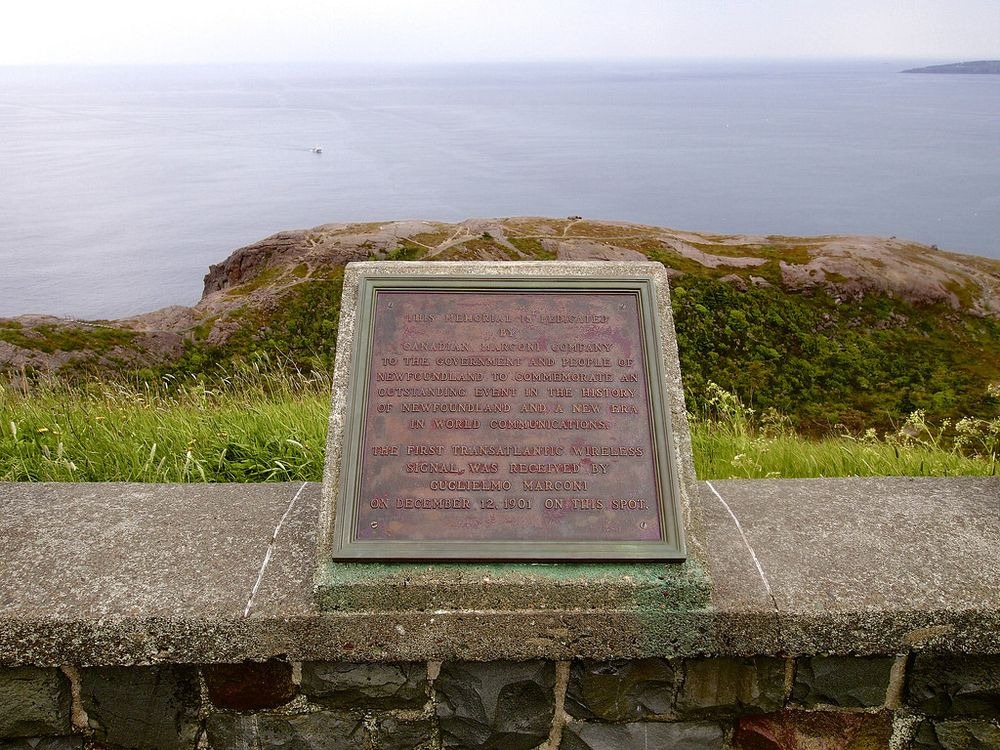 There is a memorial plaque on top of Signal Hill commemorating the historic event. Photo credit: Simon Collison/Flickr 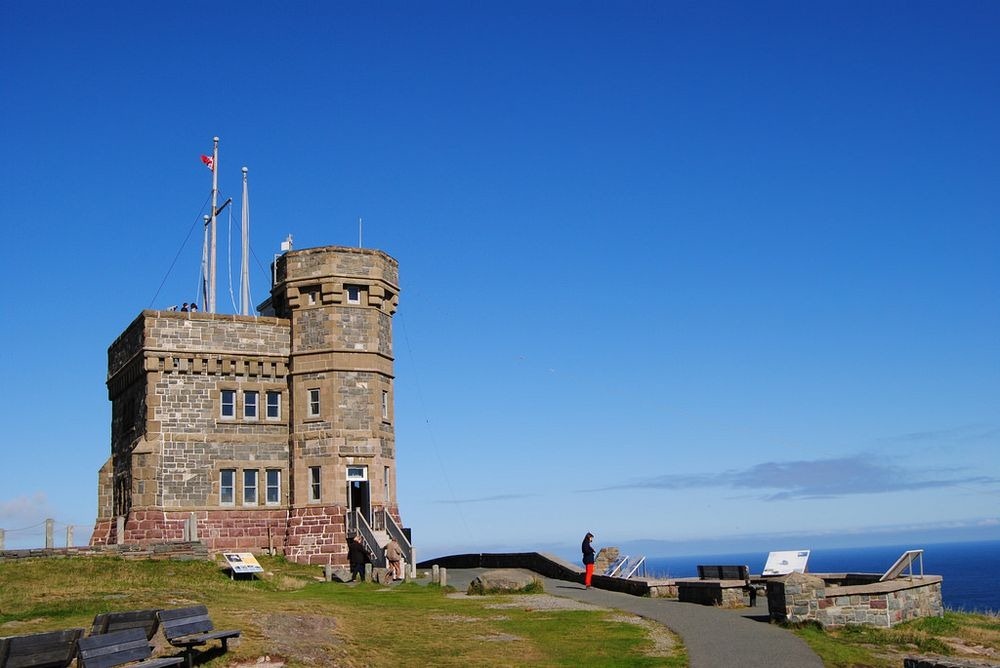 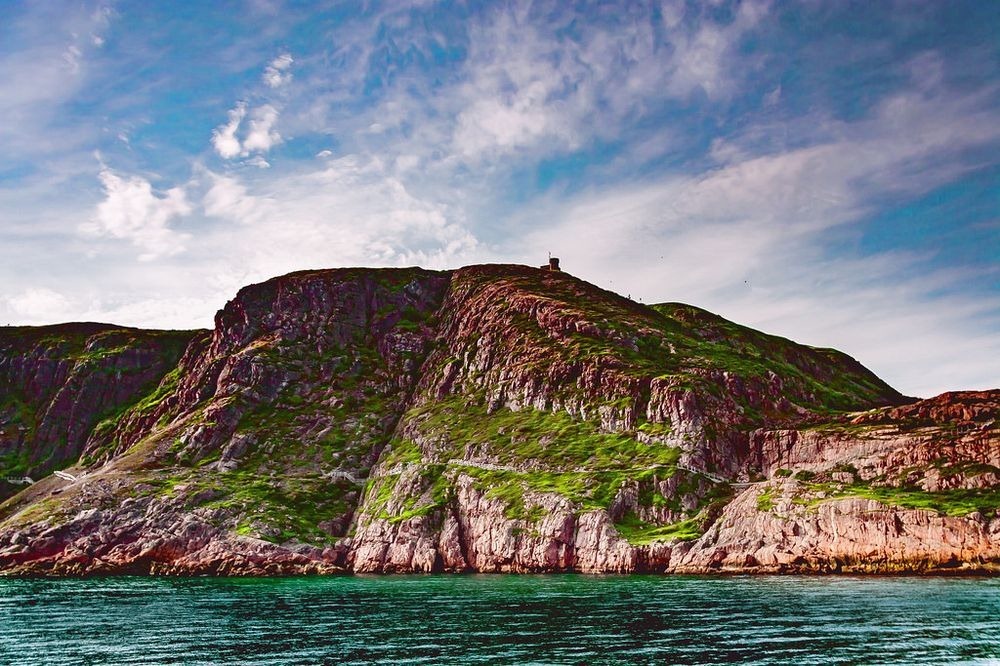 2 thoughts on “Signal Hill: The Birthplace of Modern Communications”