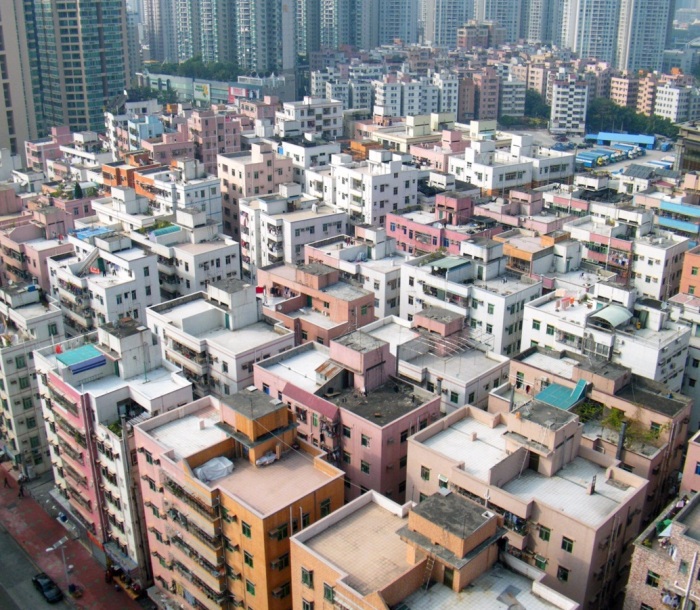 Over the last four decades, China has experienced rapid urban growth and massive rural to urban migration. Between the late seventies to the early 21st century, more than 300 million people moved from rural areas to cities, increasing its urbanization rate from 17.9% (1978) to 39.1% (2002) over a period of 24 years. It took Britain 120 years, the United States 80 years, and Japan more than 30 years to accomplish this. In the past few decades, China’s urban population growth has been higher than that of Asia as well as the world. In 1982, some 210 million people lived in the urban areas accounting for 21% of the total population. By the end of 2015, China had a total urban population of 771 million or 56.1% of the entire population. By 2025, it is estimated that about 70% of China’s population will be living in the cities. 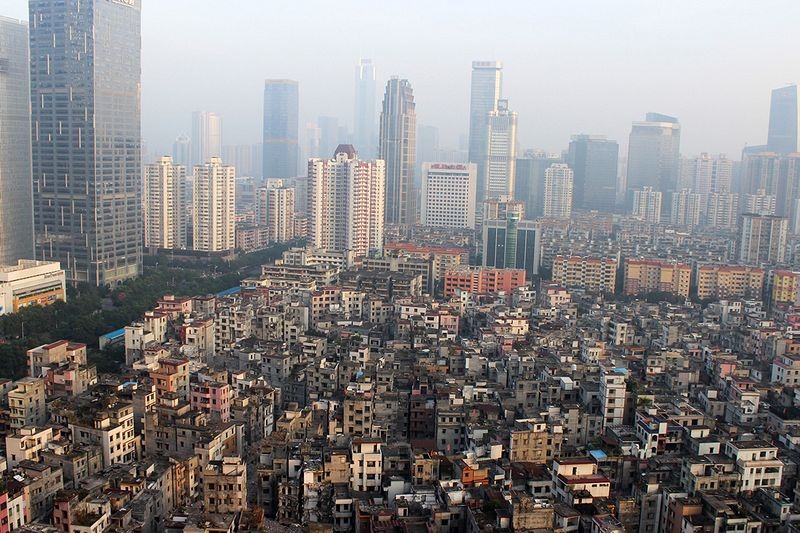 Xian, an “urban village” engulfed by an expanding city in Guangzhou.

Such rapid urbanization has transformed the spatial and social landscapes of Chinese cities. One of the most visible product of this explosive growth are China’s urban villages or “chengzhongcun”, literally “villages within the city”. 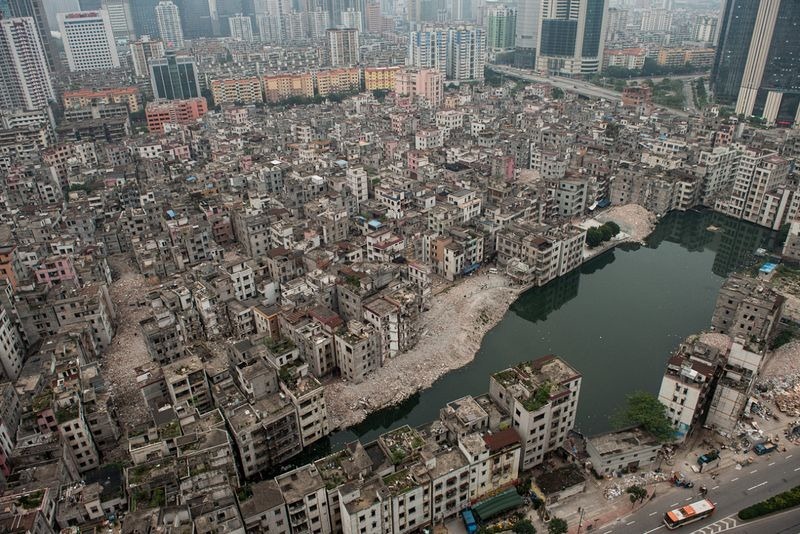 These villages were once located on the fringes of huge cities, but as the cities grew, they encroached upon rural areas. Farmlands that were formerly cultivated by the villages were compulsorily purchased and turned into urban land by the government, while the villages themselves were left untouched because of the high economic cost to relocate and compensate the villagers. As a result, small pockets of rural areas surrounded by towering skyscrapers, transportation infrastructures, and other modern urban constructions exists in many large cities that have experienced significant expansion and received large numbers of migrants.

Hundreds of such urban villages exist in large cities such as Guangzhou, Beijing and Shenzhen. The largest urban village Shipai, in the middle of Tianhe District in Guangzhou, has over 50,000 residents within one square kilometer. 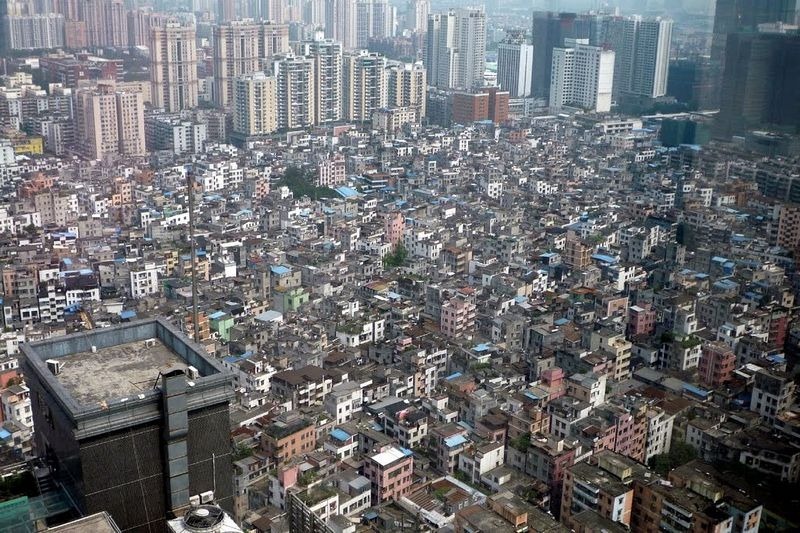 The urban villages are not regulated by any form of centralized urban planning and typically receive no public services from city governments because their household registration status remains rural so they cannot enjoy any of the welfare benefits offered to urban residents. Deprived of their land, the primary means of livelihood, the villagers take to building high-density houses and offer them to rent to migrant workers.

Most of these villages are now heavily populated and intensely developed, crowded with multi-story buildings ranging from three to five (or more) floors, and narrow alleys, resulting in slum-like living environments. Inside the villages, it can be dark and damp year round and lighting may have to be kept on even during daylight hours. 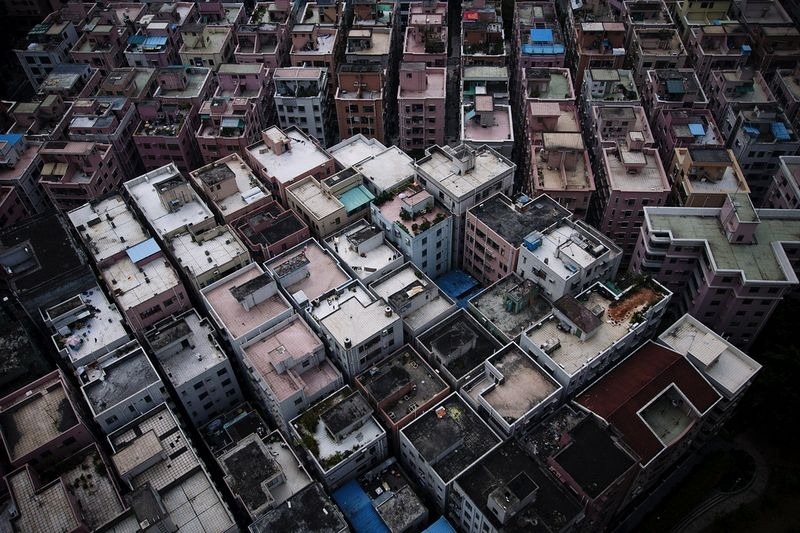 Houses in an urban village in Shenzen.

While urban villages provide cheap accommodation for the impoverished population who come from the rural areas, they have become the breeding grounds for social problems such as crime, drug addiction, alcoholism, and prostitution.

Redevelopment of urban villages is one of the priority issues on the agenda of Chinese government, but the process is highly contested. 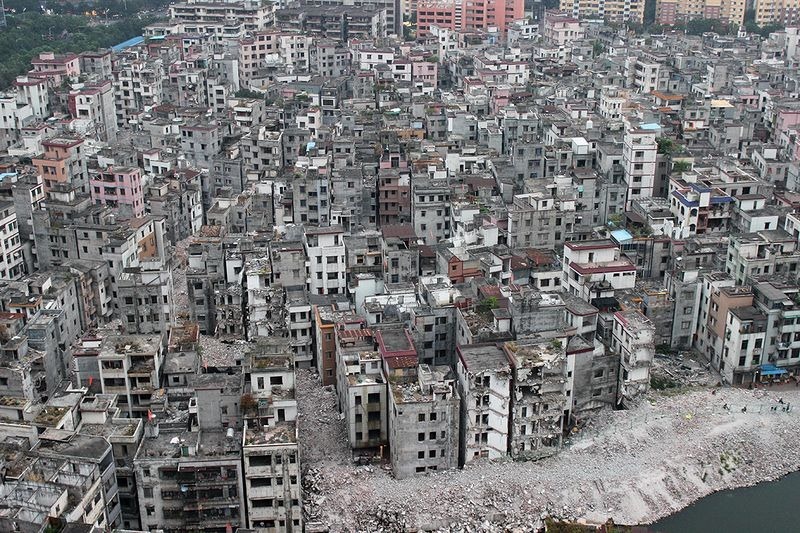 Xian village. Some of the buildings are marked by red flags strung to bamboo poles, so excavators won’t accidentally demolish them, villagers say.

“The most commonly used approach in redeveloping urban villages is to demolish all existing structures and build high-rise apartment towers,” says Yue Zhang, Associate Professor of Political Science at the University of Illinois, Chicago. “Some of the apartment units are then distributed to the villagers to compensate them for their loss and the rest is sold on the market. Under such a redevelopment approach, most migrant tenants are displaced who are forced to move to a more remote location, and form a new enclave, until their new home is “redeveloped” again.” 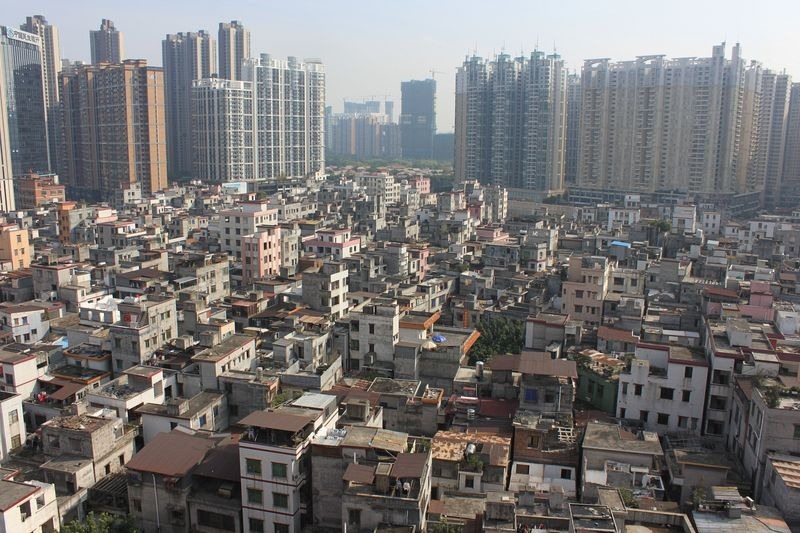 Xian Village from the 16th floor of the Chun Du Hotel, Huangpu Dadao.

“The redevelopment of urban villages needs to take into account political factors as well as the bigger picture of China’s urban transformation. It is important to identify more equitable and sustainable design and policy solutions to improve the lives of both migrant tenants and villagers. This would require a better understanding of the mechanisms of urban informality and a more inclusive approach to urban governance.”

A glimpse inside housing in Shenzhen’s Dafen Village

The future of urban villages is uncertain at best and doomed at worst, with demolition and decommission being the future for many. 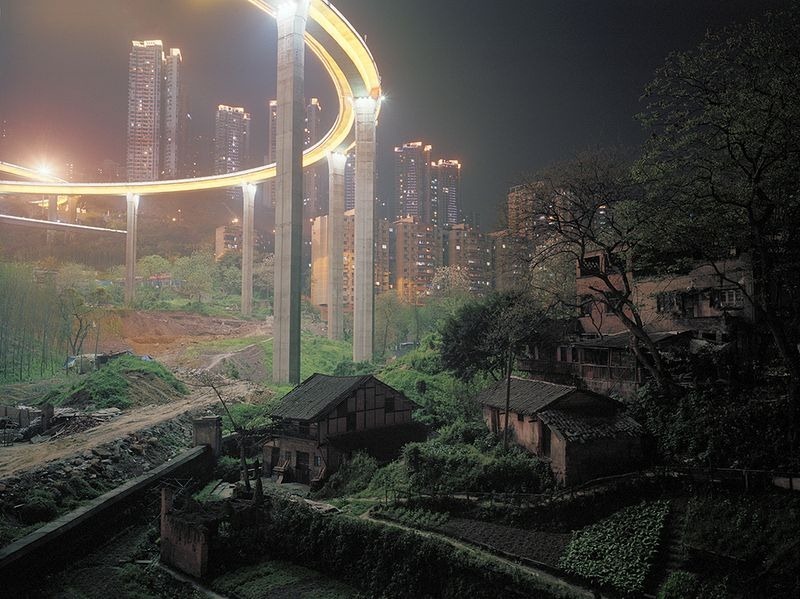 An urban village on the outskirts of Chongqing, lying next to the Caiyuanba Bridge. 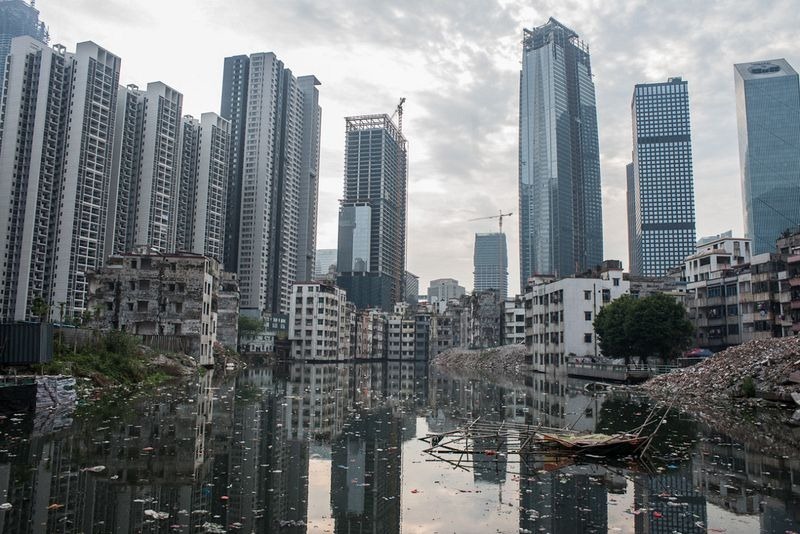 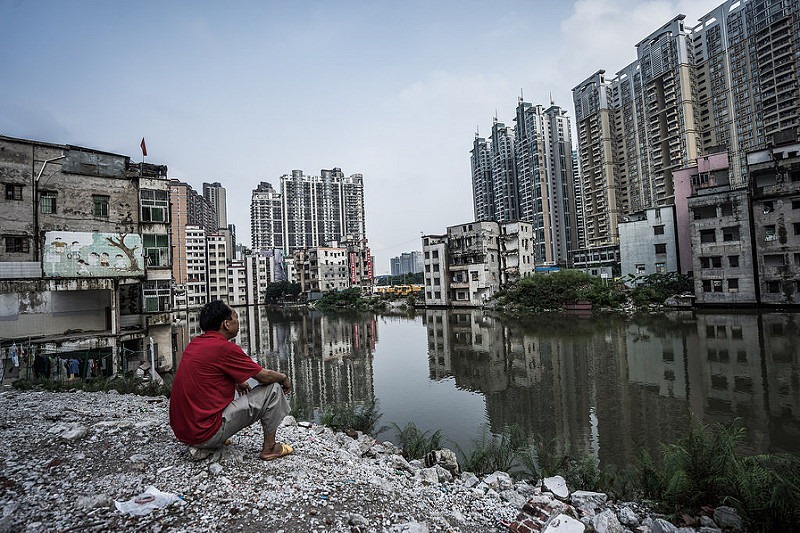 An urban village in Guangzhou.

3 thoughts on “The Urban Villages of China” 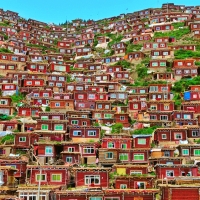 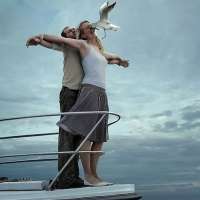 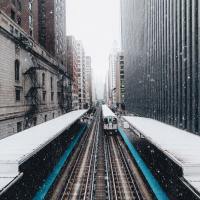 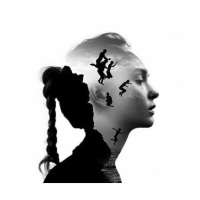