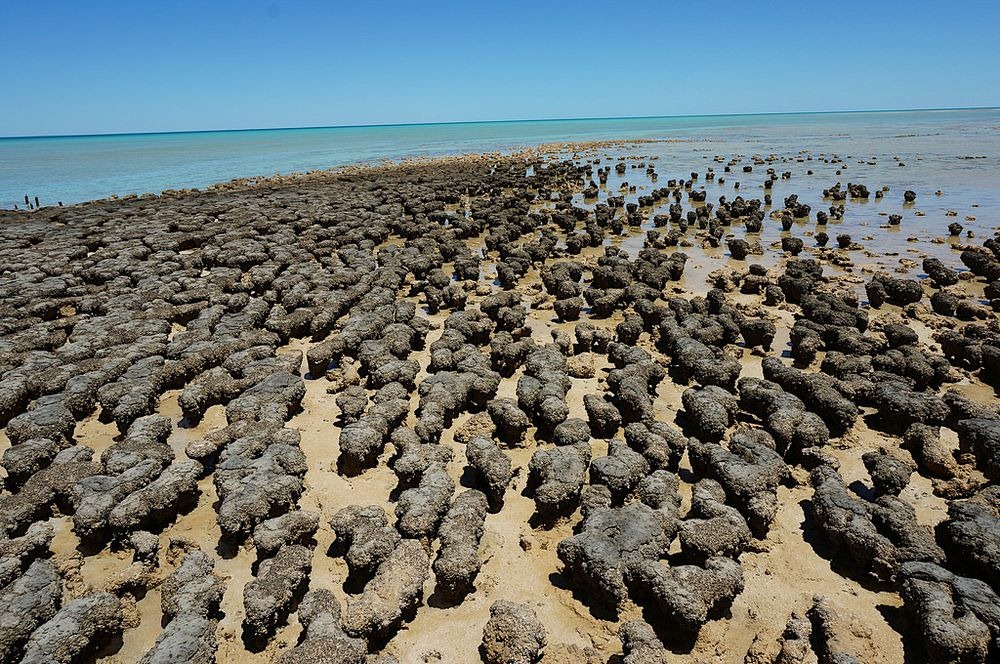 What appear to be rocks submerged in the hyper-saline water of Hamelin Pool at the base of Shark Bay in the Gascoyne region of Western Australia, are not quite rocks. They are living things called stromatolites, created by tiny, single-celled microbes called cyanobacteria (blue-green algae), which are some of the earliest forms of life on earth. 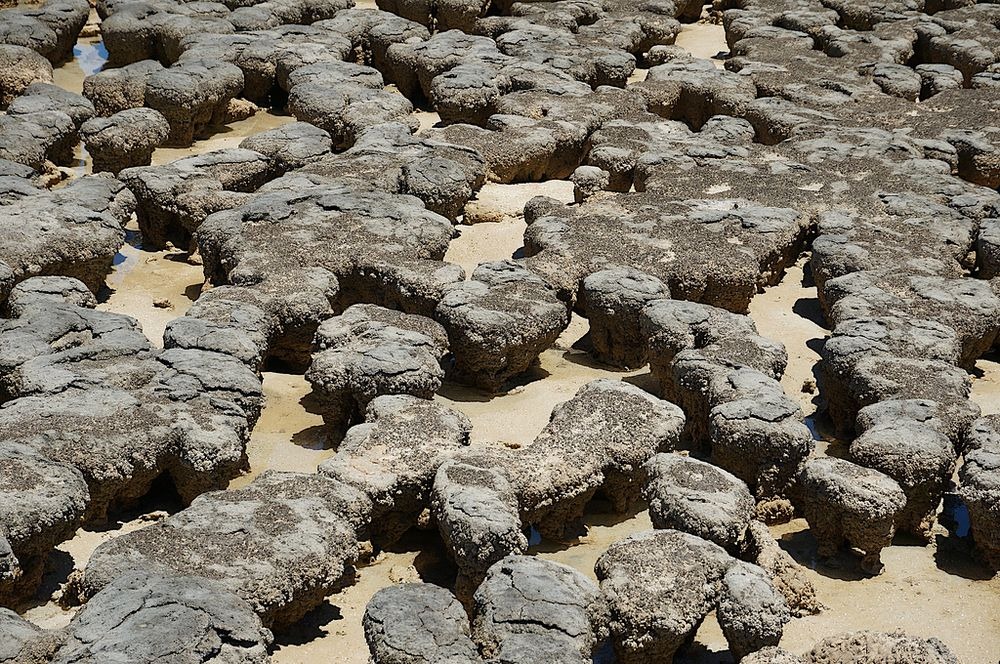 Stromatolites are formed by the growth of layers upon layers of cyanobacteria and sediments that the microbes trap with their sticky mucus layer. These fine particles are cemented together with calcium carbonate produced by the bacteria, thereby building up the stromatolite structures. While they don’t seem to be living, each structure is actually a very slow growing microbial colony that may grow less than 1mm per year. 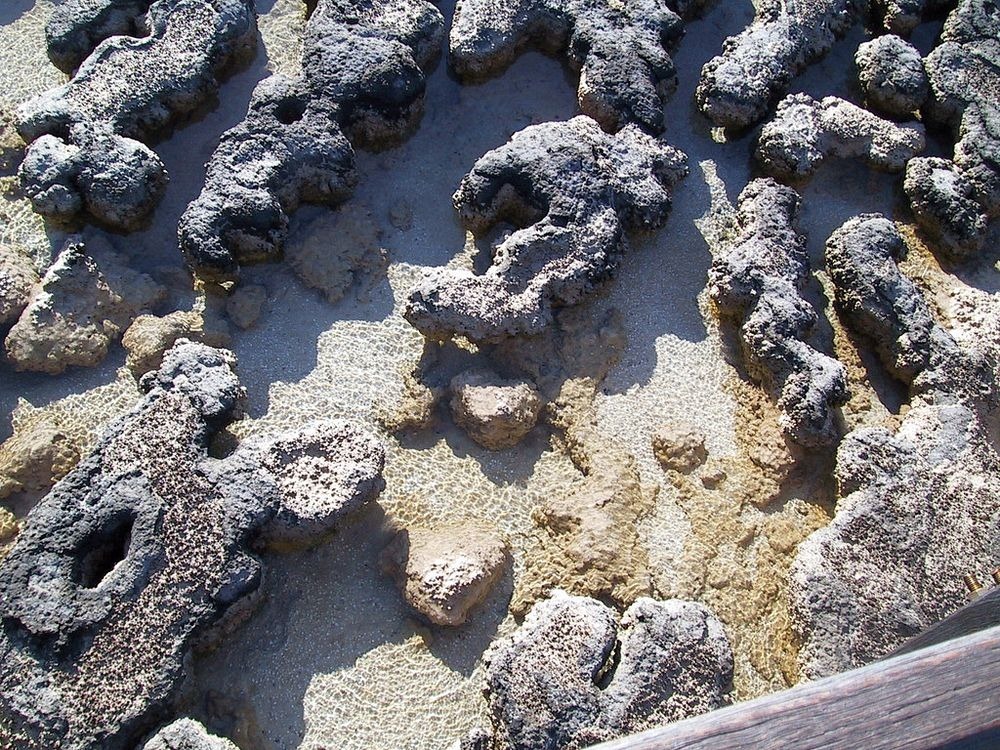 Cyanobacteria appeared on Earth some 3.5 billion years ago when the Earth was still young and there was little to no oxygen in the atmosphere. Through photosynthesis these organisms gradually changed the Earth’s atmosphere from a carbon dioxide-rich mixture to an oxygen-rich atmosphere, paving the way for more complex, oxygen-dependent life forms to develop. Eventually, these life-giving cyanobacteria fell victims to animals that ate cyanobacteria and algae, greatly reducing their abundance and diversity. 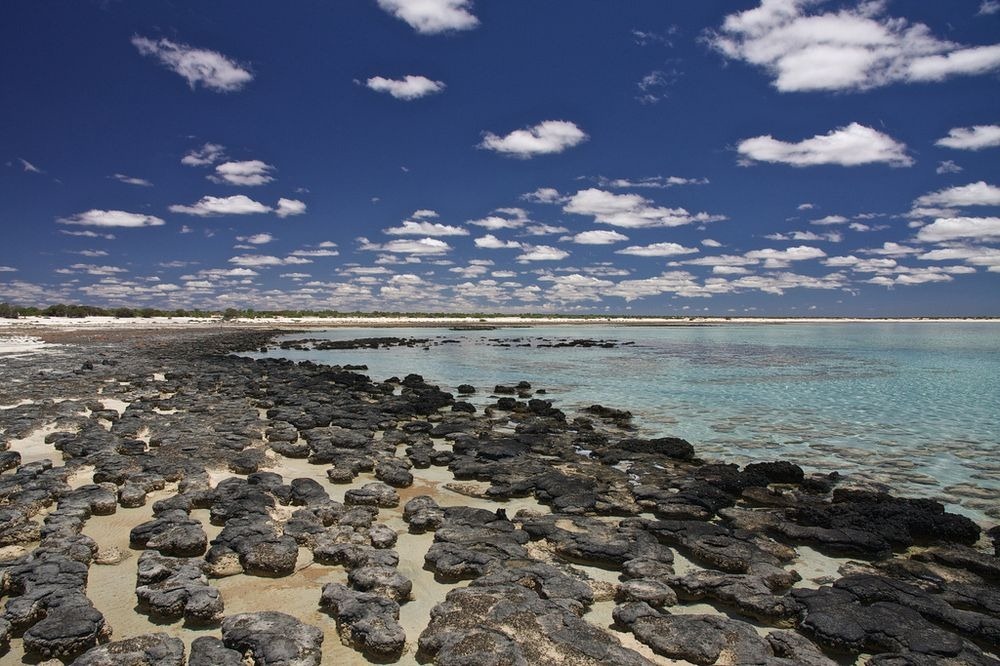 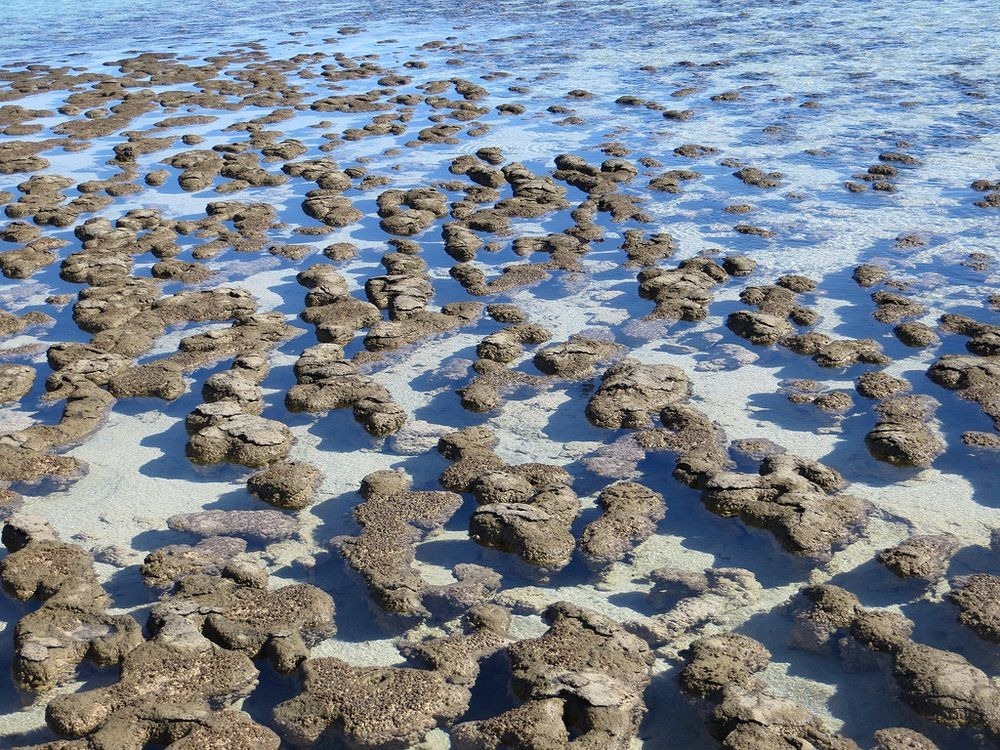 The presence of stromatolites were a major factor in Shark Bay being declared a UNESCO World Heritage site. 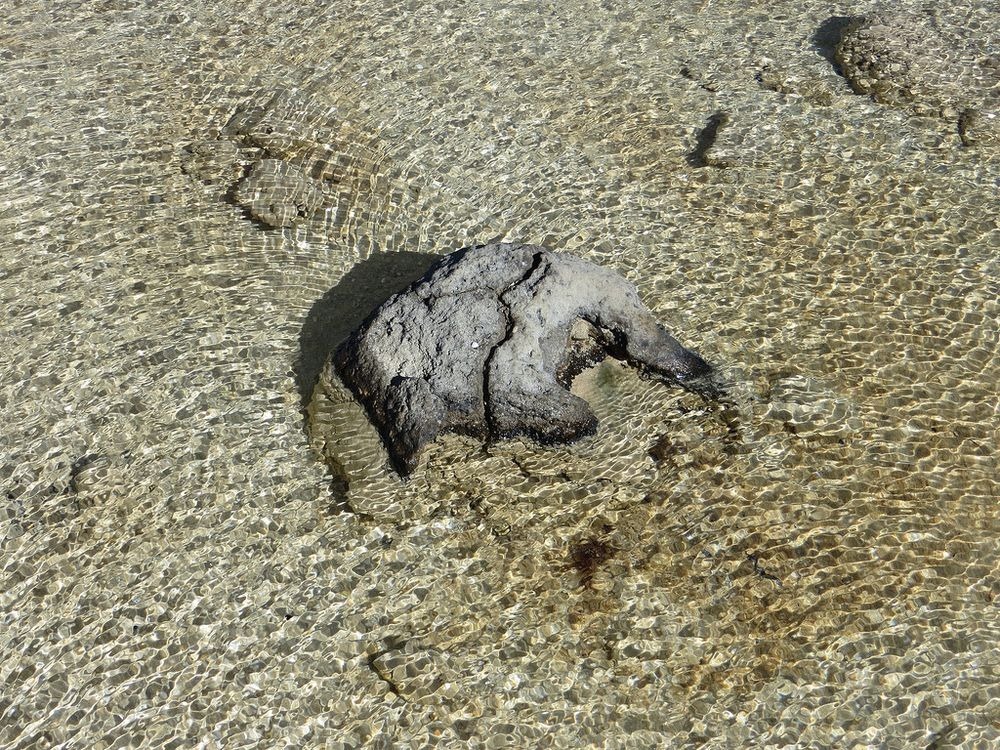