The Bougainville moustached kingfisher might be the one with word “moustache” in its name but it’s the dark grey plumaged Inca tern of the family Sternidae that sports the most magnificent whiskers.

The Inca tern features a pair of striking Dali-like white handlebar moustache of specialized feathers that grow out from the fleshy yellow gape at the corners of its brilliant red beak. The moustache is not male exclusive, it’s shared by the females as well. Aside from being an unusual ornament and a matter of pride, the length of the bird’s moustache is also a reliable signal of its body condition the longer the moustache, the healthier the birds. Inca terns with longer moustaches tend to mate together and have more and larger chicks.

Inca terns breed along the west coast of South America from northern Peru to central Chile, a region once ruled by the mighty Inca Empire which gives the species its name. This is where the cold nutrient-rich Humboldt current flows just off-shore, carrying with it swarms of small ocean fish such as anchovies which the bird feeds on. It spots its prey from the air, and then dives into the water to grab meals with its pointed beak. The birds also scavenge scraps from sea lions, dolphins, and fishing boats, but small fishes are its staple diet.

Reduction of anchovy stocks due to commercial fishing and excessive guano harvesting which destroys breeding ground has led to major decline in population of the Inca tern. Once numbering in the millions, the current population estimate is just over 150,000 birds, and the species is now listed as near threatened by the International Union for the Conservation of Nature. Although fishing for anchovies has been banned in Peru, and guano harvesting is also regulated, natural factors such as recurring cyclones and predators such as rats and cats on some islands can also prevent nesting or reduce breeding success. 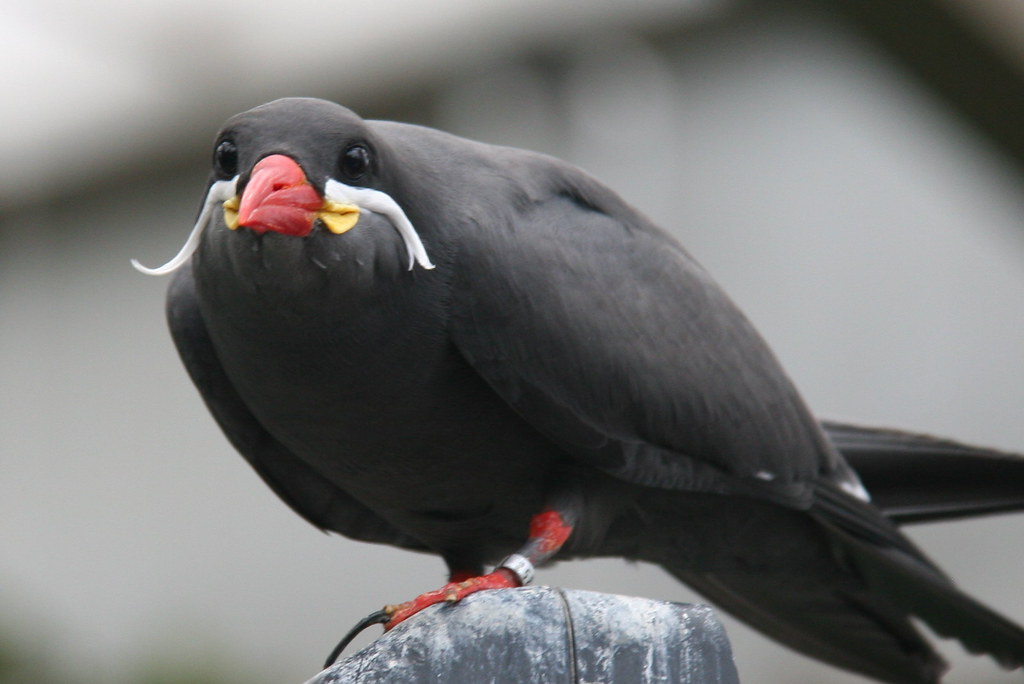 One thought on “Inca Tern: The Bird With A Magnificent Moustache”