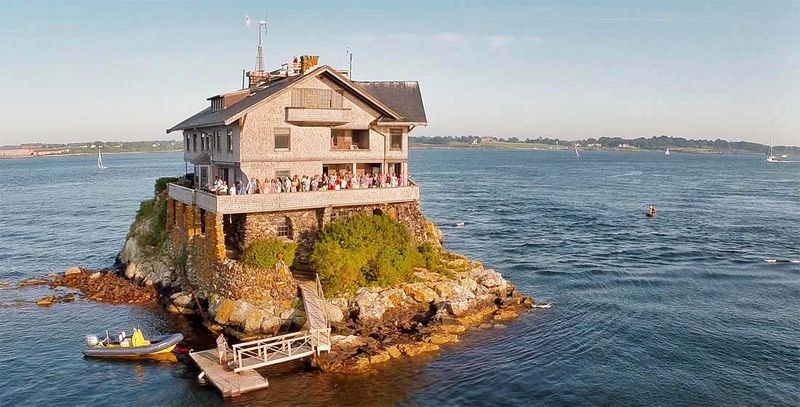 Perched on top of a small, rocky island in Narragansett Bay, near Jamestown, Rhode Island, the United States, is a three-story, cedar shingle mansion built by Philadelphia socialite Joseph Lovering Wharton in 1905. Wharton had built the house as an act of defiance after the government seized his land and summer home that he had in the Fort Wetherill area in south Jamestown, to enlarge the fort at the end of the 1800s. Angered at being ousted from his property, Wharton decided to build a house where no one could bother him, and Clingstone happened. One source claims that the name “Clingstone” was suggested when someone remarked that it was “a peach of a house”. Clingstone is a botanical term for fruits that has a hard stone-like seed inside. Or perhaps, the name is a reference to the way the house clings to the rock. 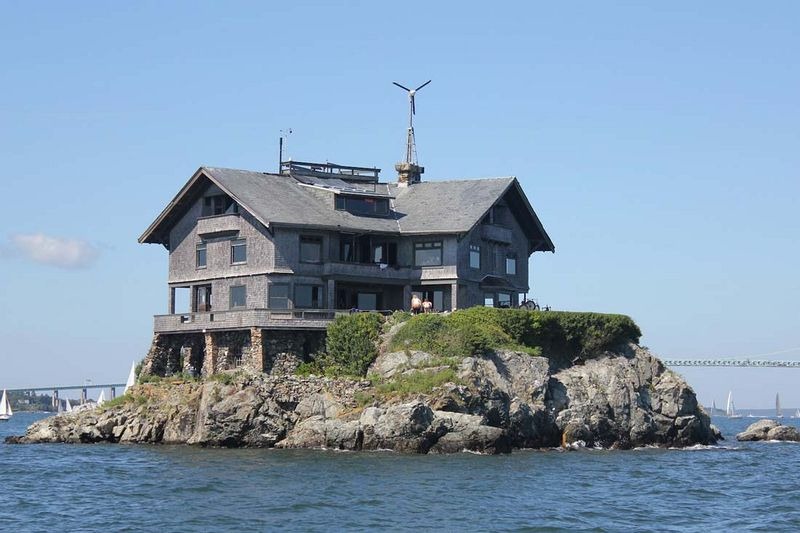 In spite of its perilious location in the sea, the Clingstone has managed to survive more than a hundred years, weathering countless storms and hurricanes. Originally there was a long stone jetty with gymnasts’ rings and bars, but it was blown away by the Great Hurricane of 1938. The house itself, which sits only 20 feet above sea level, survived with minimal damage. Now Clingstone’s current owner, Henry Wood, a distant cousin of Wharton, regularly goes out to Clingstone with his three grown sons to watch the yearly hurricanes in action. 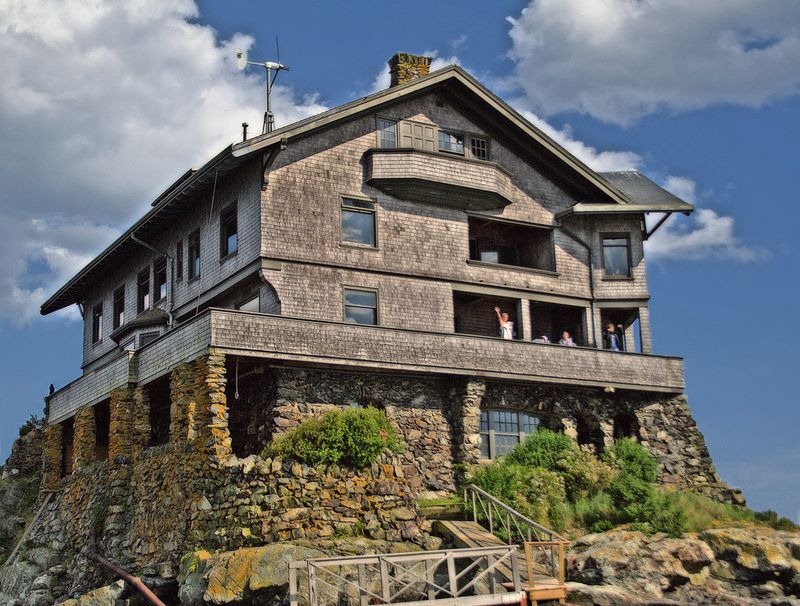 Henry Wood, who is a Boston-based architect, had bought the house in 1961. It had been lying vacant for two decades after the death of Wharton’s widow in 1941. When Wood acquired it, the house was in a shabby condition with all its windows smashed, the floors rotten and covered with pigeon droppings, and the roof mostly gone. 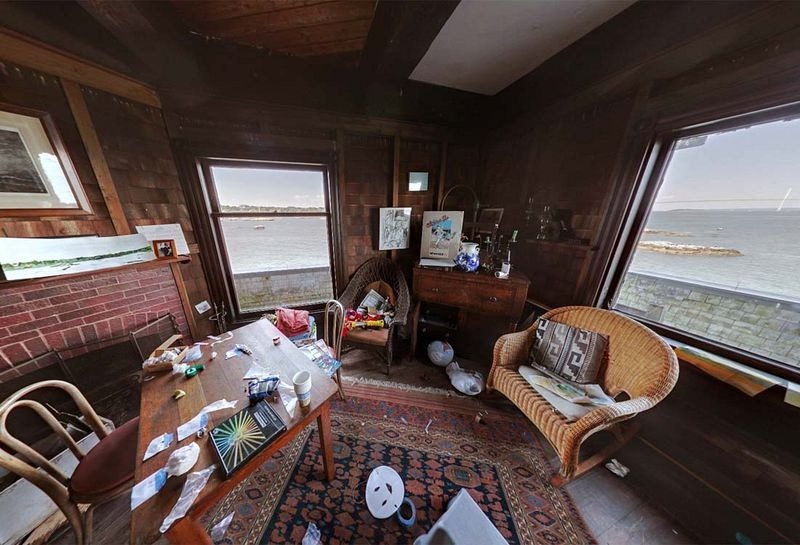 Wood and his sons take pride in their environment-friendly renovations of the house. The house is totally off the power grid. A windmill on the roof provides electricity, while photovoltaic cells charge a bank of batteries in the basement for additional power. Rainwater collected from the roof into a 3,000-gallon cistern provide water for washing and cleaning. Drinking water comes from a sea-water filtration system. Water is heated by solar panels. The house even has a composting toilet. The compost is then used to fertilize the garden. 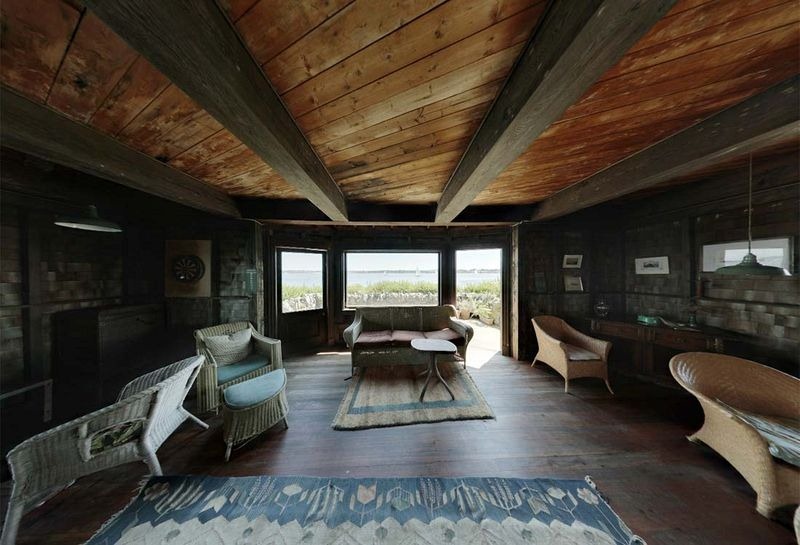 Although refitting the house with green technology has certainly been expensive, Wood has managed to cut corners by acquiring furnishings from thrift shops or yard sales. Windows, light fixtures and doorknobs were scavenged from old buildings that were torn down. The long cypress dining room table was retrieved from the bottom of a cistern. 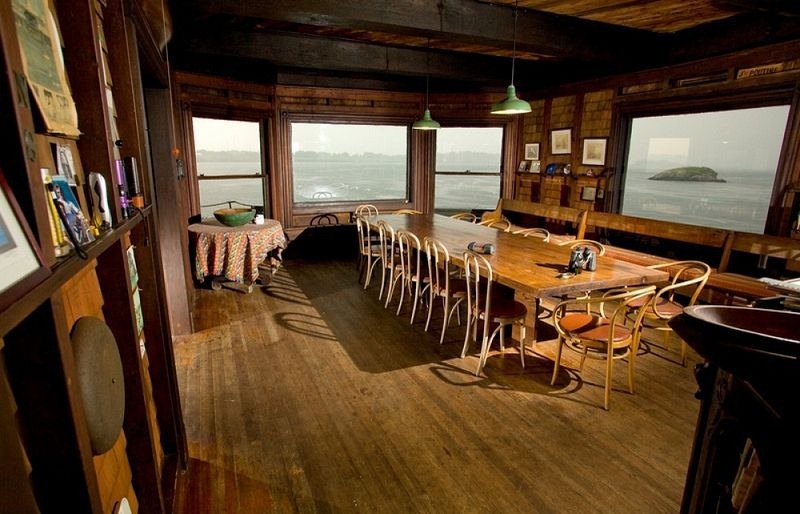 Today, the house has 23 rooms, including 10 bedrooms and five bathrooms. Visible from the shores, the house is known by locals as “The House on a Rock”. 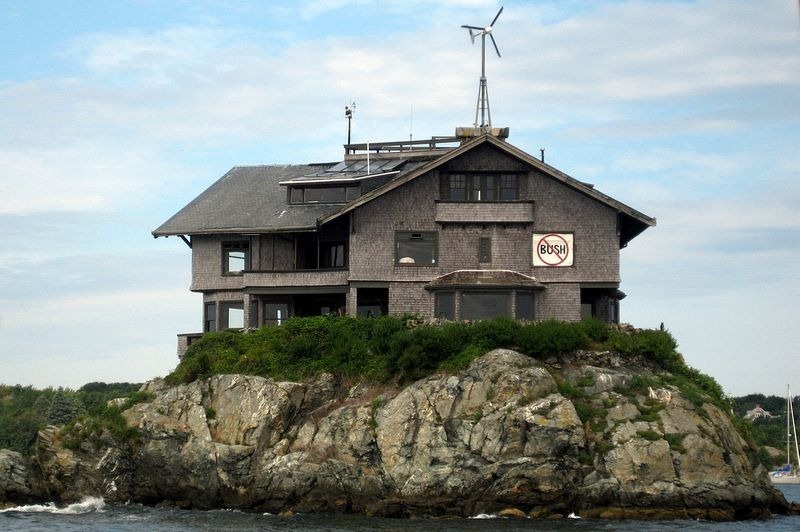 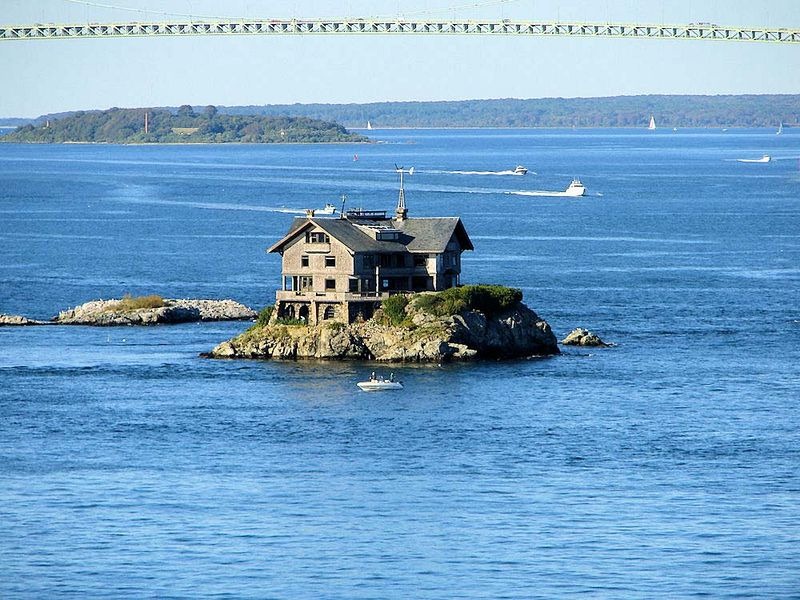 7 thoughts on “Clingstone: The House on The Rock”