Shoyna is a small fishing village located on the Kanin Peninsula in Northern Russia. Situated on the edge of the arctic circle, the inhabitants of this coastal village has to endure not only the cold but the huge amount of sand that stretches for tens of kilometers all along the coast of the White Sea.

The dunes continually migrate up and down the coast by the action of the westerly wind, and can bury houses up to the roof in a single night. Residents take precaution not to close the door at night, because by morning, it might not open. The village has a bulldozer that is frequently in action, digging out homes. 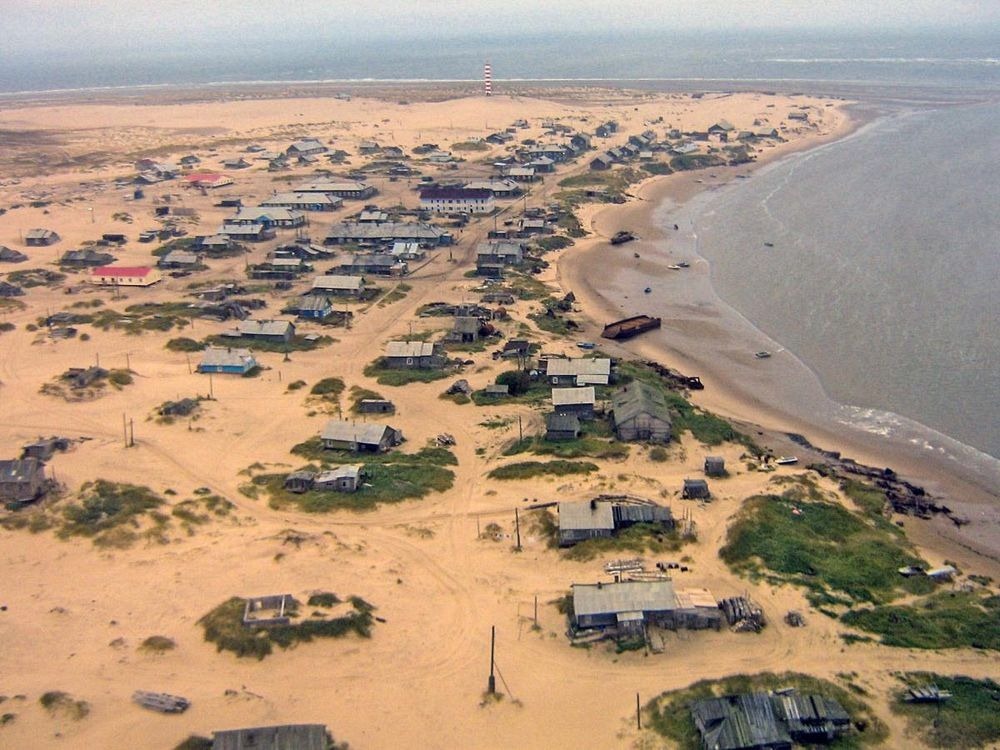 The village was settled in the 1930s by fishing families because of the abundance of fish and sea life in the waters. By the 1950s, it grew to a pretty large settlement with 1,500 residents. Together they owned more than seventy vessels. But reckless trawling over the decades decimated the fish population and eventually the fishery collapsed. Today, just three hundred people live at Shoyna supported mainly by unemployment benefits and pensions. Some earn a living from hunting. There are large number of geese in the region. 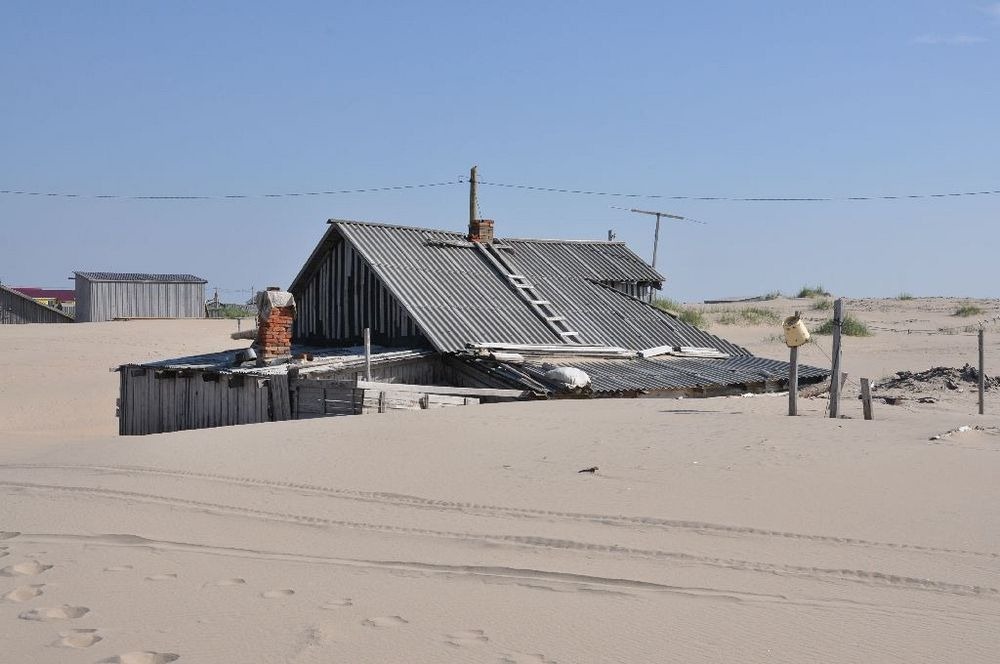 More than half of the village is now buried under sand dunes deposited by the wind. It is thought that damage to permafrost and destruction of the sea bottom released the sand.

The village is connected by neither roads nor railroads. Transportation to the outside world is by ship or air. There is a civilian airport consisting of a 650-meter dirt runway. 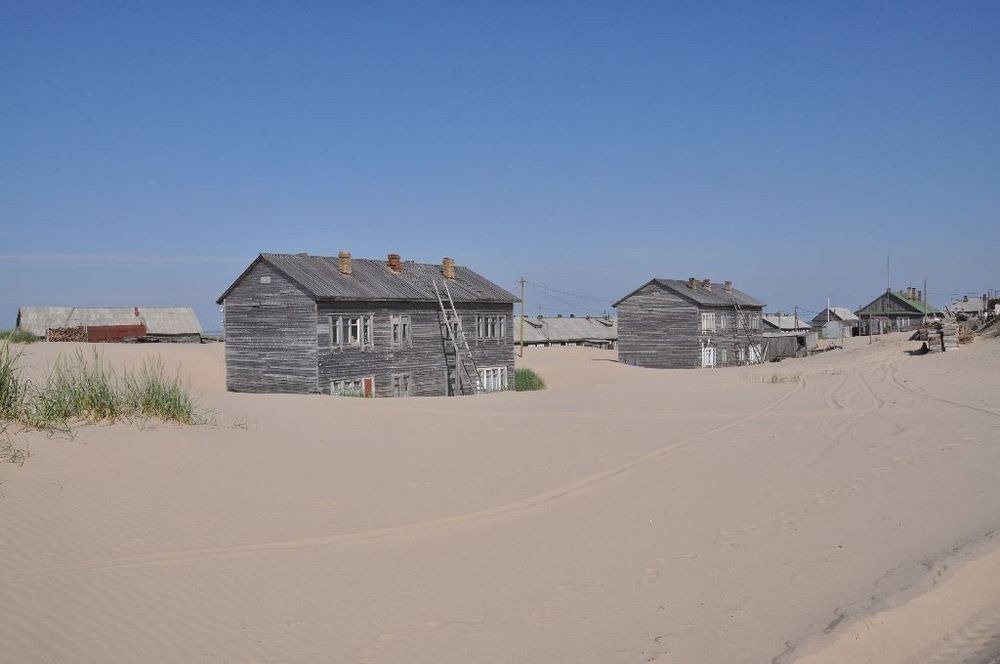 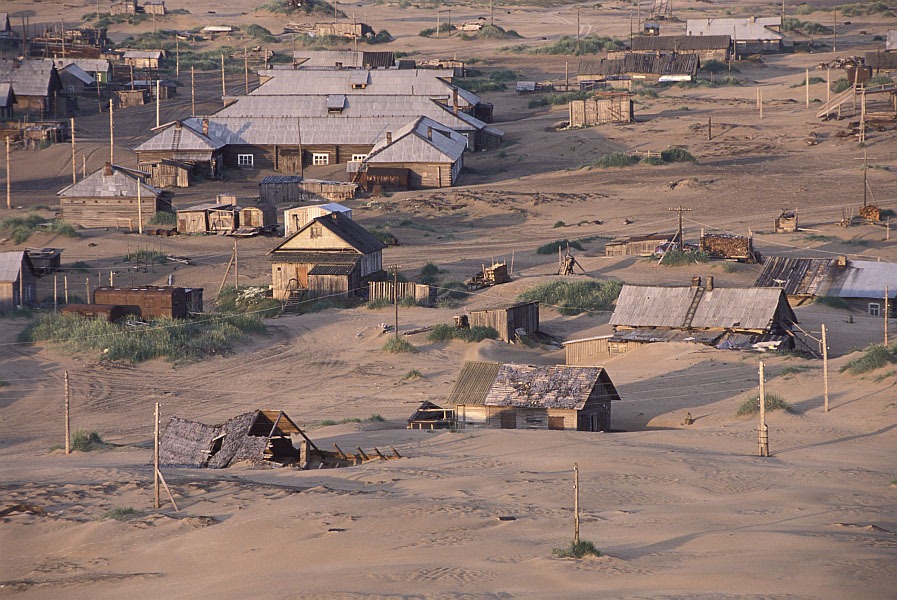 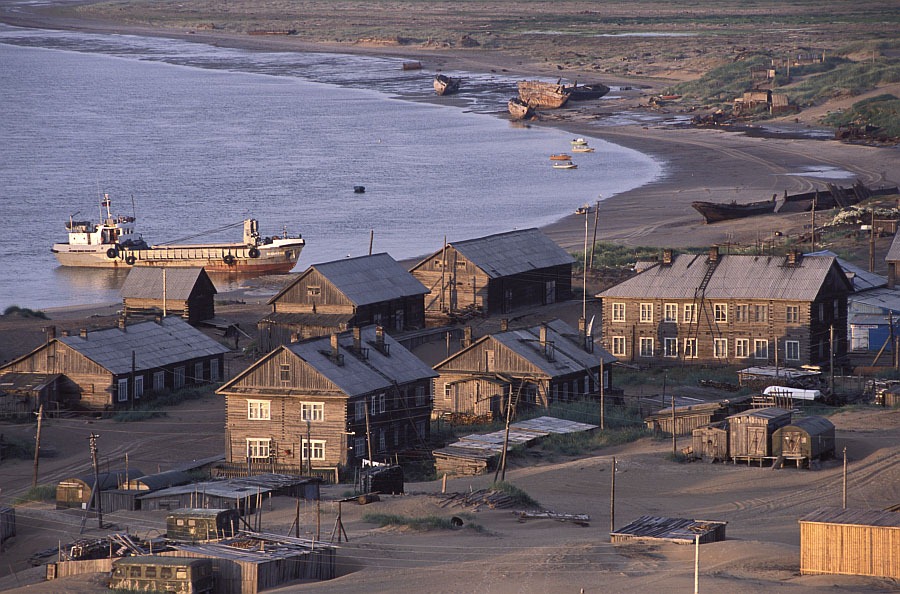 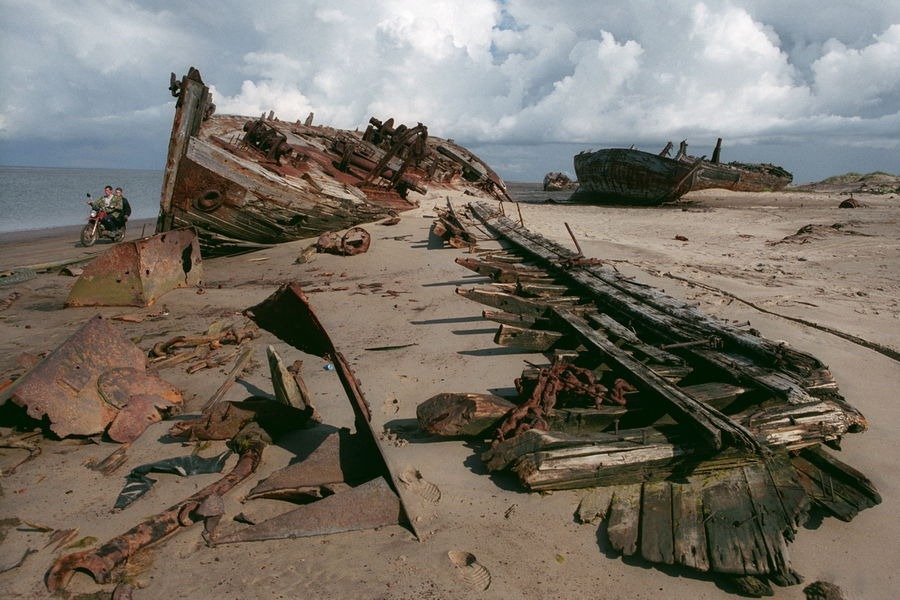 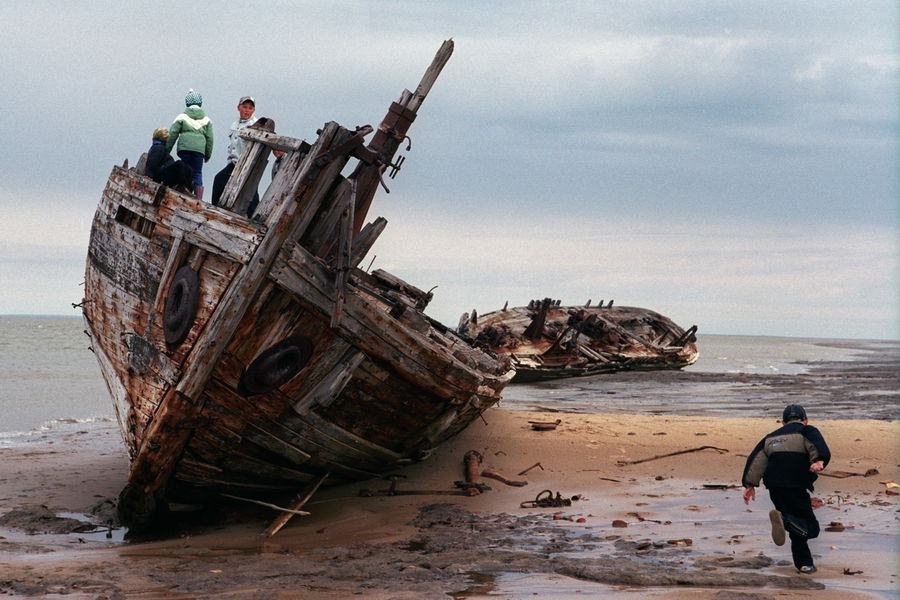 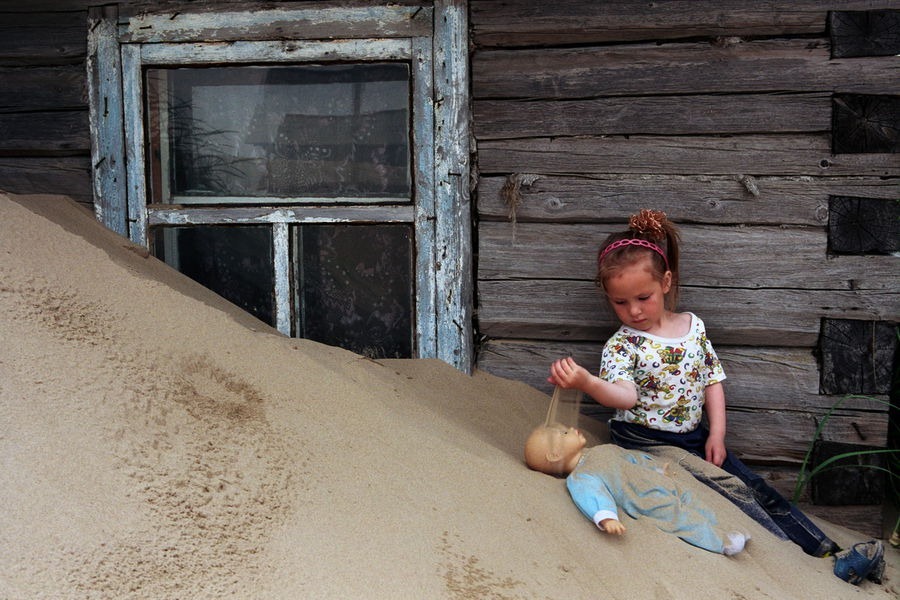 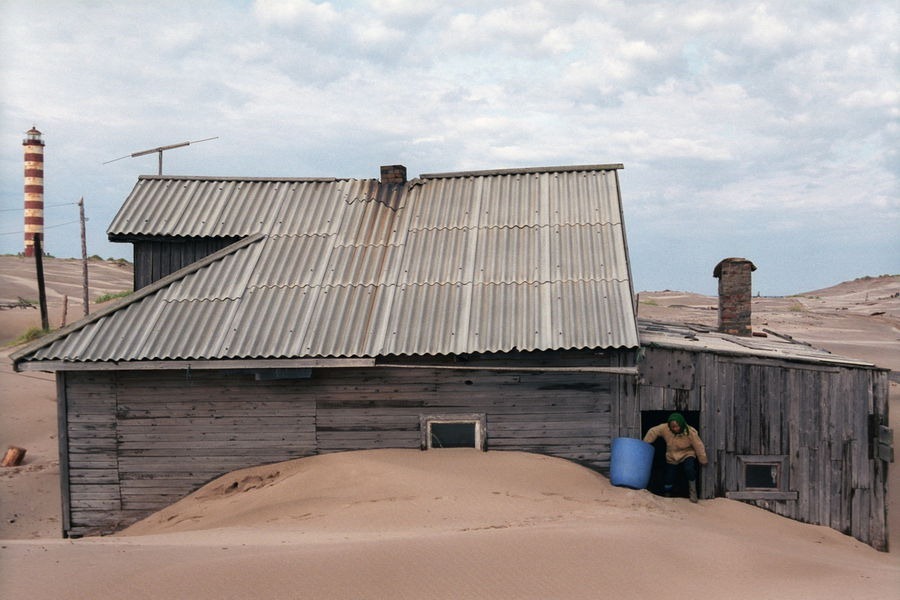 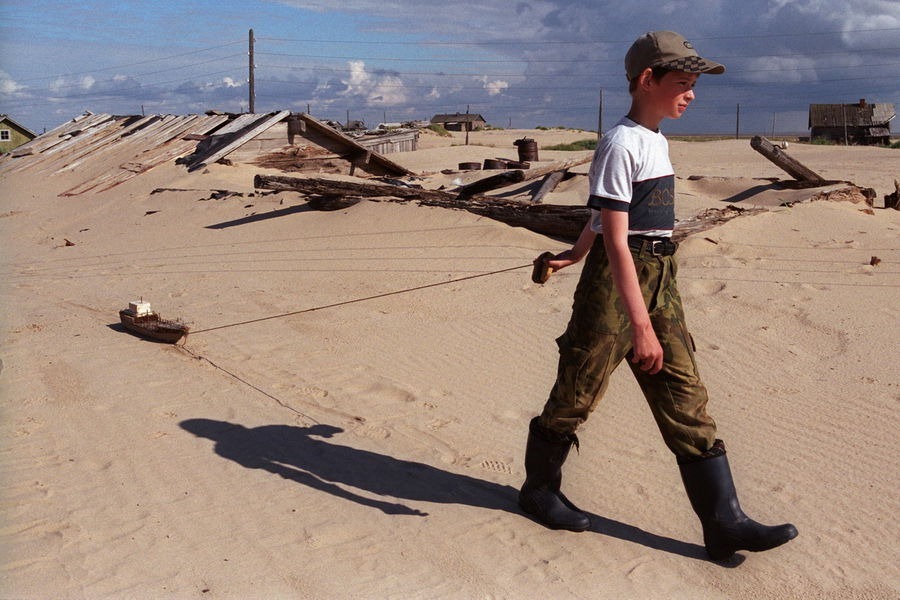 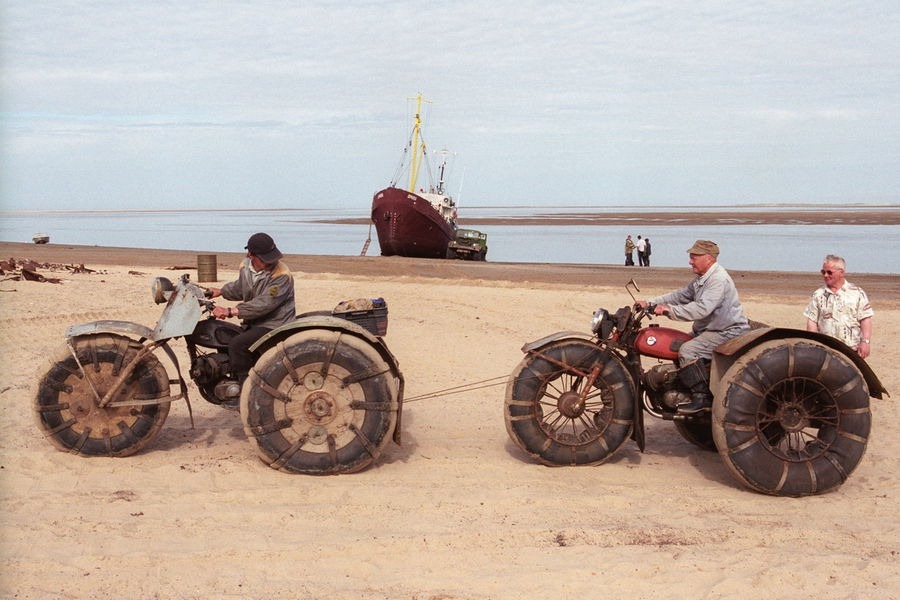 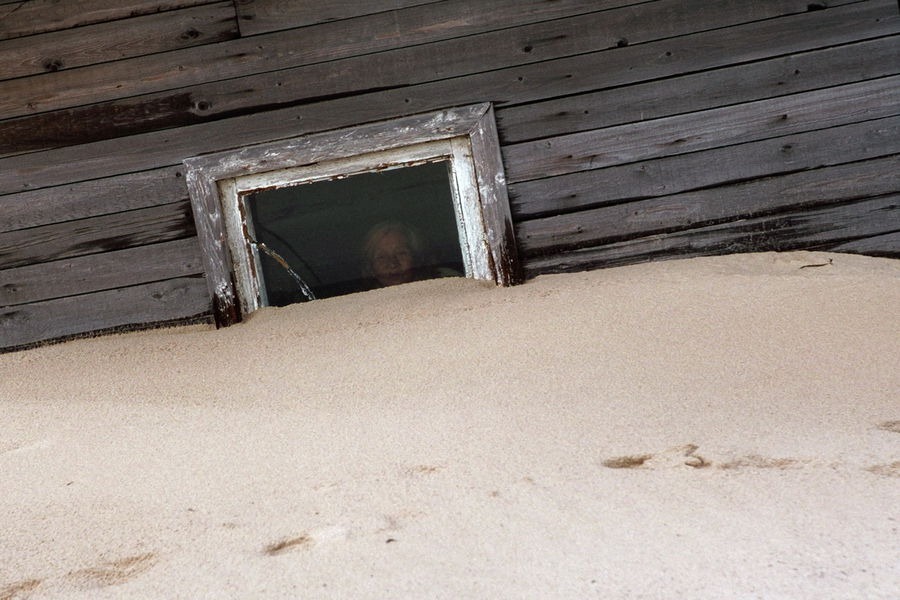 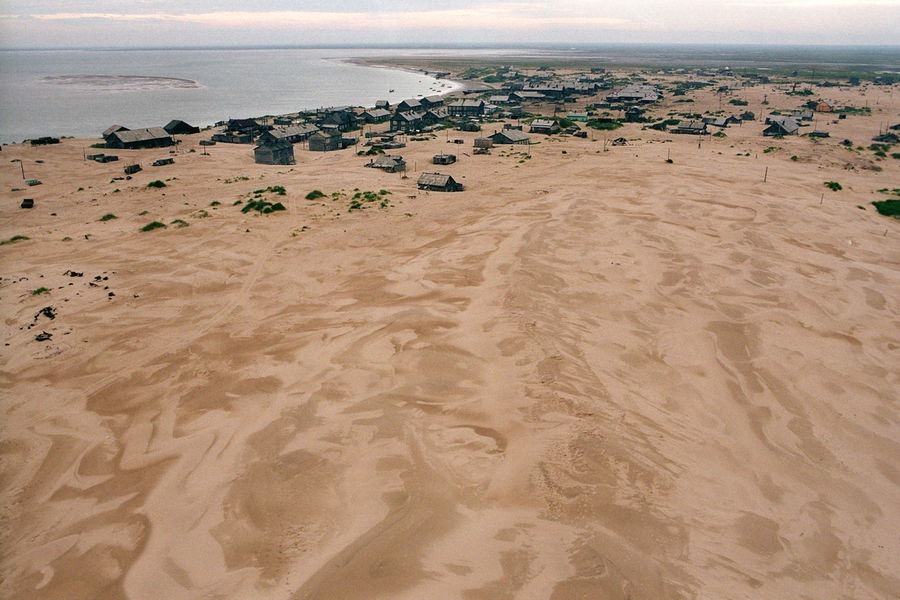 One thought on “The Sand Buried Village of Shoyna”